You are here: Home / Mirrorless News / Samsung goes 3D with the new NX300 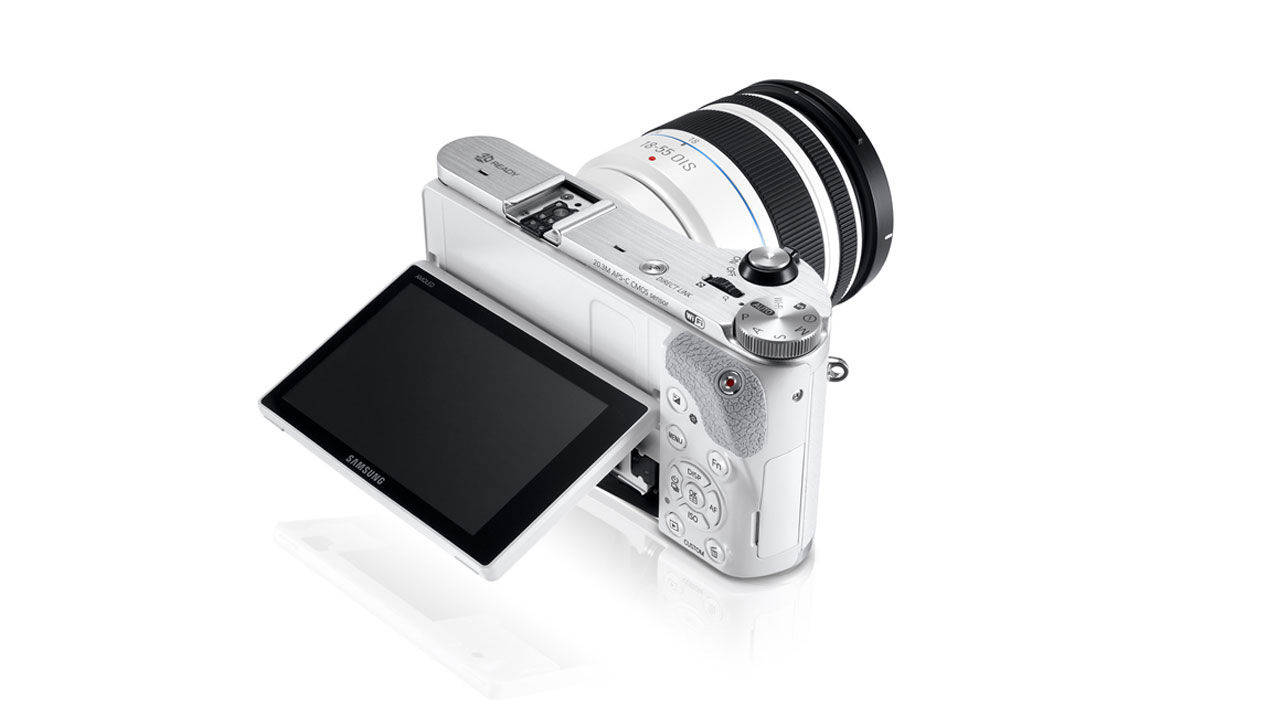 Samsung isn’t the first brand name that springs to mind when one thinks of digital cameras. However, that hasn’t stopped it from developing its newest mirrorless camera, the NX300, which will make its first appearance at CES 2013 in Los Angeles. With an impressive ISO range of 100-25600, DRIMe IV image engineering for snappy 8.6fps continuous shooting, and an 20.3 MP APS-C sensor, it is set to cause a stir among mirrorless fanatics.

While retro in appearance, there is no lack of newfangled technology in the NX300. The most obvious modern feature is the 3.3 inch upwards-tilting OLED display. Other features include advanced wireless capabilities, which allow users to directly upload images to social networks, and the possibility to use your smartphone as a remote viewfinder with the camera.

However, nothing is quite as exciting as the brand new 45mm f/1.8 lens system Samsung has produced especially for this camera. It will allow you to film HD 1080p videos at 60fps and take still shots in 3D. Unsurprisingly, the lens is sold separately and thus far, can only be used with the NX300.

To read Samsung’s full press release, head on over to the official site. We have great expectations for this new addition to the mirrorless family!