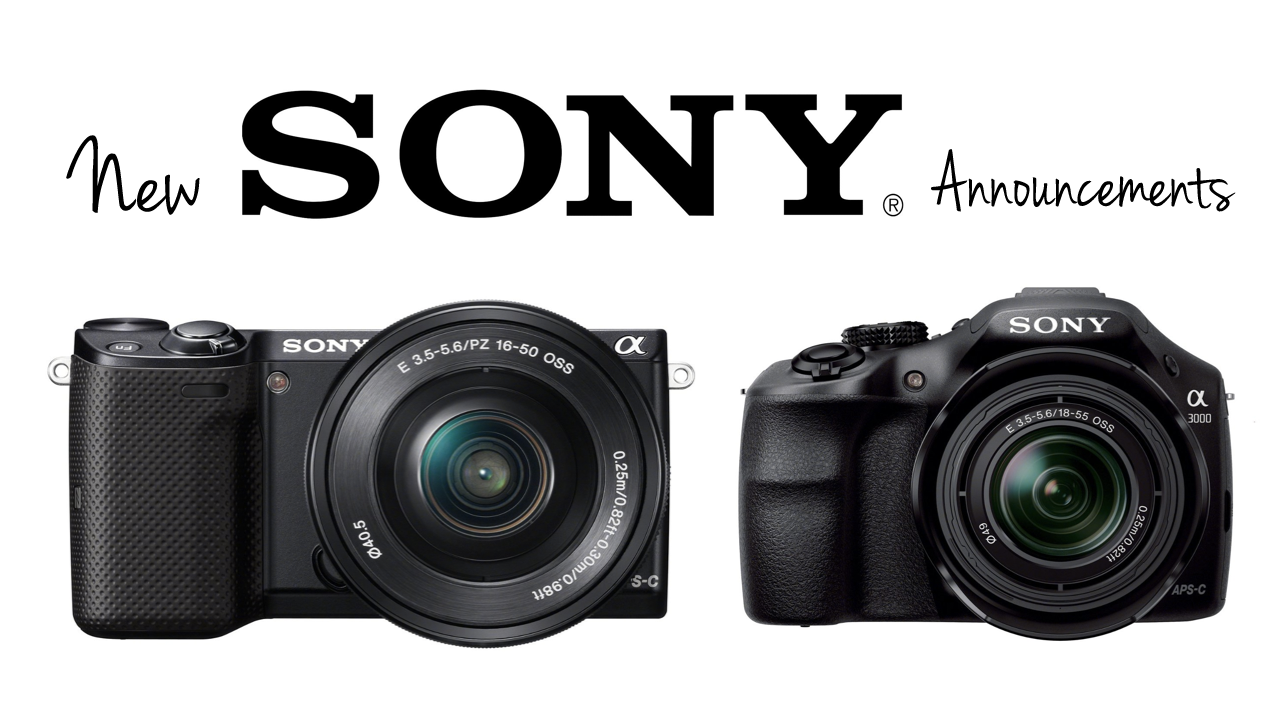 If there is one camera company that is investing in the mirrorless movement at 110% capacity, it is Sony. Just this month, the company announced two new mirrorless cameras, the NEX-5T and the A3000, and two new lenses, the 16-70mm f/4 Zeiss and 18-105mm f/4 G PZ. Though still very much a rumour, this announcement will most likely be followed up by the much-anticipated confirmation of the Sony Full Frame NEX in the coming weeks. (We certainly can’t say that the good folk at Sony have been spending 2013 twiddling their thumbs, now, can we? :-))

On that positive note, let’s have a look at the new cameras Sony has to offer:

The New Sony NEX-5T vs. NEX-5R: What’s the difference?

With the plethora of NEX-5s already in existence, one would hope that a new NEX-5 would have something truly innovative to put on the table.

As it turns out, the new NEX-5T does have a couple of interesting features that set it apart from its predecessors, the most important being the incorporation of a NFC (Near Field Communication) chip which connects the camera to NFC capable smartphones and tablets simply by touching one device to another. Using the PlayMemories Camera app, you can transfer photos and wirelessly control the camera. For devices that don’t support NFC (such as the Apple iPhone/iPad), you can use the Wi-Fi connection.

The kit lens has also been changed from the 18-50mm zoom to the video-friendly 16-50mm.

As for specifications that have remained unchanged from the previous model, we have a 16.1 MP Exmor APS-C HD CMOS sensor, tilting touchscreen that can rotate 180 degrees and a hybrid phase detect AF system.

While the NEX-5T is bursting with state-of-the-art technology, its announcement comes across as anticlimactic at best, especially when we remind ourselves of the truly exciting products Sony continues to carefully guard behind closed doors. I honestly don’t think that those who already own a NEX will be tempted to upgrade for wireless functions alone. Likewise, the existence of so many different NEX models will only confuse customers considering a Sony mirrorless camera for the first time.

The ILC-A3000 (or A3000 depending on your preference) is the first Alpha series camera to lack a mirror. It is also the first mirrorless camera from Sony to resemble a DSLR. This was most certainly a marketing move driven by the generally poor sales of rangefinder-style mirrorless cameras in America. Sony has recognized that American consumers in particular tend to equate DSLRs with quality, and they seem to be making capitol of this way of thinking.

The A3000 is also the first DSLR-styled mirrorless camera to have such a low price point. The body and kit lens together cost just under $400, which clearly tells us that this camera has been designed to compete with Canon and Nikon’s low-end DSLRs.

To paraphrase the wise folk at CNet, Sony has jumped the hurdles by stuffing a NEX camera into a compact DSLR body and sticking a competitive price tag on it.

Other important features include its E-mount (meaning that it accepts Sony NEX lenses), a 100-16000 ISO range, 230K LCD, 1.44 million dot EVF, full HD shooting, and a new 20.1MP Exmor APS-C HD CMOS sensor. It is also compatible with A-mount lenses with the appropriate adapter. You can see the full list of specs on the official Sony website.

To accompany the release of the NEX-5T and the A3000, Sony has also announced two new zoom lenses.

The former is a versatile mid-range zoom that is both compact and portable. It maintains a constant f/4.0 aperture at all focal lengths and includes Zeiss’ unique T* coating which reduces flare and ghosting.

The latter is the first ever G lens created for Sony’s E-mount. It covers a generous 5.8x zoom and its smooth, quiet autofocus and powerzoom operation combined with the lens’ Optical SteadyShot for reduced camera shake makes it particularly suited for video shooting. It also has a constant aperture of f/4.0.

These two new f/4 lenses are interesting, but I feel that advanced and professional photographers would probably prefer to have a f/2.8 constant zoom lens instead. (At least, I know I would!)

The Full-frame NEX wasn’t announced. Is it really just a rumour?

As you have undoubtedly noticed, the Sony FF NEX was not on the list of cameras announced by Sony this week. Does that mean that it really is just a rumour?

In our opinion, no–this rumour will most certainly become reality in a matter of days.

First of all, Andrea from SonyAlphaRumors is insistent that a Full Frame Sony NEX is on the way, and he is rarely wrong.

Secondly, and more importantly, Sony has all the necessary knowledge and technology at its disposition to make such a camera. They acquired part of this knowledge after Minolta transferred all its DSLR camera assets to Sony in 2006. Since then, they have created a Full Frame SLT camera in the form of the Sony Alpha 99 and placed a FF sensor inside two compact cameras, the RX1 and RX1R. To place a FF sensor inside a NEX camera would seem like the next obvious step.

Not only, but Sony is no stranger to the creation of full frame sensors. It has been making Full Frame CMOS sensors for Nikon for over five years now.

I cannot help but wonder if Sony will release new lenses specifically designed for the new NEX Full Frame camera and whether the camera will have an A-mount for the use of Alpha lenses.

In conclusion, all I can say is that we should be keeping our eyes glued to both SonyAlphaRumors and the official Sony website. Great things are on the horizon for us photographers! 🙂