You are here: Home / Guest Post / The Reinterment of King Richard III at Leicester Cathedral – Captured with the Panasonic LX100 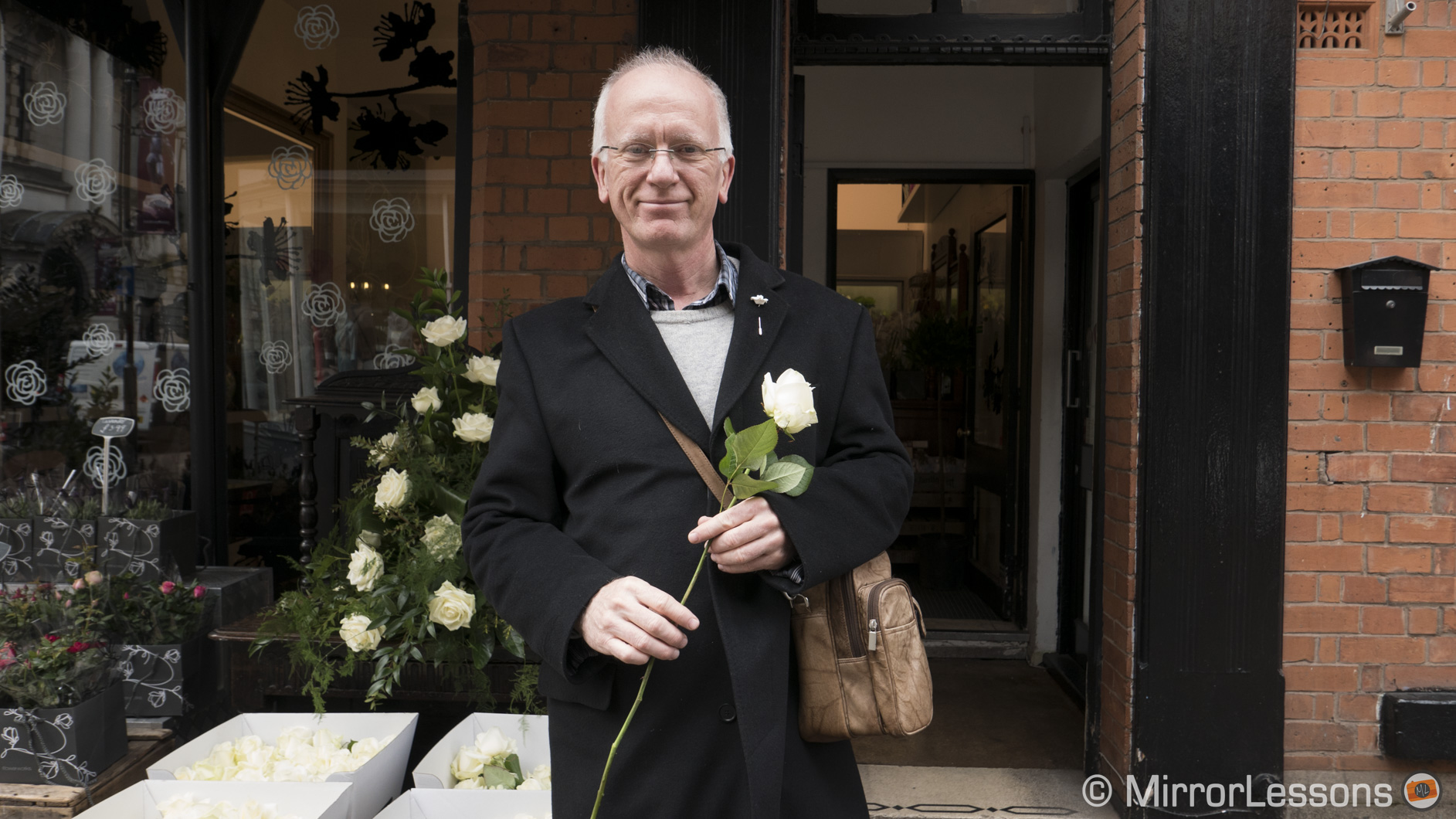 The following is a guest post written by amateur enthusiast Peter Glyn who had the opportunity to attend the reinterment of King Richard III on Thursday, March 26th 2015. Though he usually uses a Lumix FZ48, a compact super zoom camera, he had the chance to take the Panasonic Lumix LX100 to this special event. Unfortunately, he was not allowed to take pictures inside the cathedral but he took a number of images of the proceedings before and after the ceremony in Leicester. To find out more about Peter’s experience, be sure to check out his dedicated article about the event!

I had the great fortune of being invited to the reinterment of King Richard III by the Dean of Leicester. There was an online form made available in December 2014 that attracted more than 15,000 applicants and there were three services granting 200 seats each. The ‘hot ticket’ was for the Thursday reinterment. My application was successful and I received my invitation on January 18th. Now it is the day after the service and it still has not sunk in that I was able to attend this unique moment in history.

I had planned on taking my phone, tablet and Lumix FZ48 but then I was given the opportunity to try out a new mirrorless camera, the Panasonic Lumix LX100, and I jumped at the chance to use it. This is the story of the days spent in Leicester around the service beginning on Wednesday 25th.

I started out with some photos of the city and how the event was celebrated in posters. As I approached the cathedral there was a fence where hundreds of ribbons had been tied as people were asked to say sorry to Richard for the way he was treated. This was followed by an opportunity to try to capture the mood of the people. The cathedral was surrounded by an eerie silence. People wandered around lost in thought about what was transpiring around them. Some were tying ribbons, others looking at the white roses or the statue of Richard.

I moved into the St. Martin’s Centre and there was Michael Ibsen whose crucial DNA provided the link to Richard. We chatted and arranged selfies for posterity, a quiet man all the more subdued by the whirlwind that surrounded him. All this was captured on the LX100. After supper I returned to the cathedral and captured some lovely shots of the cathedral and the statue in the dark.

The LX100 has a very easily adjustable exposure dial that, at some point in the proceedings I must have knocked. Consequently on the next day the exposure setting was at -2.75! In many ways this could have proved disastrous but I seemed to have recovered most of the photos pretty well. There is a fine one of me outside the cathedral after the service along with photos of Philippa Langley, the central researcher to the whole project. That night I figured out what was wrong and the next day returned it to the proper settings. It is to the commendation of the camera’s Raw files that I was able to recover the photos so well.

The following day was really an afterthought, but I was incredibly drawn to return to the cathedral on the day of the tomb being revealed to the public. I did not have an invitation to the service but was able to watch those that were and take some photos of people who were dressed in various garbs for the occasion. One family was dressed as 15th century townsfolk, another lady was richly dressed. I was also chatting to two of Leicestershire’s finest policemen and how they too, despite the long hours, were totally wrapped up in the proceedings. But the highlight was speaking to Matthew Morris and Richard Buckley. These two gentlemen found Richard in his priory grave and I was blessed with an excellent photograph of myself standing with both of them.

At this point I wanted to leave one lasting tribute to Richard so I went and bought a white rose to lay on the grass at the front of the cathedral. I had to wait until the barricades were moved but then I had my own private moment by all the other roses and mine lying amongst them. This done I headed over to the Globe where I met my friend Jason before making my way slowly to the train station via a local pub that I had found called the The Olde Horse. (Which, after walking the whole city, was a pretty fit description of my condition.)

A brief word about Jason. He was a gentleman sat behind me in the cathedral who sounded exactly like my own cousin Anthony. It must be the unique Leicester accent. Afterwards he approached me in the pub and we got chatting about his family participation in the ceremonies, his love of theatrics and his enjoyment of a good pint in the Globe. We developed a real bond and have linked up through social media. That’s the power of King Richard III.

Despite the low exposure on the second of my three days, the camera managed to capture the essence of the event very well and I am very pleased with the quality and colour of the photographs. The camera is very discreet and has an incredibly sharp zoom. While limited compared to my Lumix FZ48, it still allowed distant objects to be captured clearly.

There have been a lot of comments in the press from diverse sources who say that the fight over the final resting place of the bones was down to money. Estimates are that the tomb will boost the city’s economy by £30m per annum. While this may be true, nothing in what I have seen suggested this was the end goal. Richard was justifiably buried in the closest consecrated place to his original burial. It is the city where he has lain for over 500 years. York certainly has a case, but all Leicester Cathedral wanted ever to do was to bury his remains with as much dignity and respect as he deserved.

In this, they succeeded.

Be sure to read Peter’s full account of his experience in his article “King Richard III Reinterment: A privilege beyond what dreams are made of“!