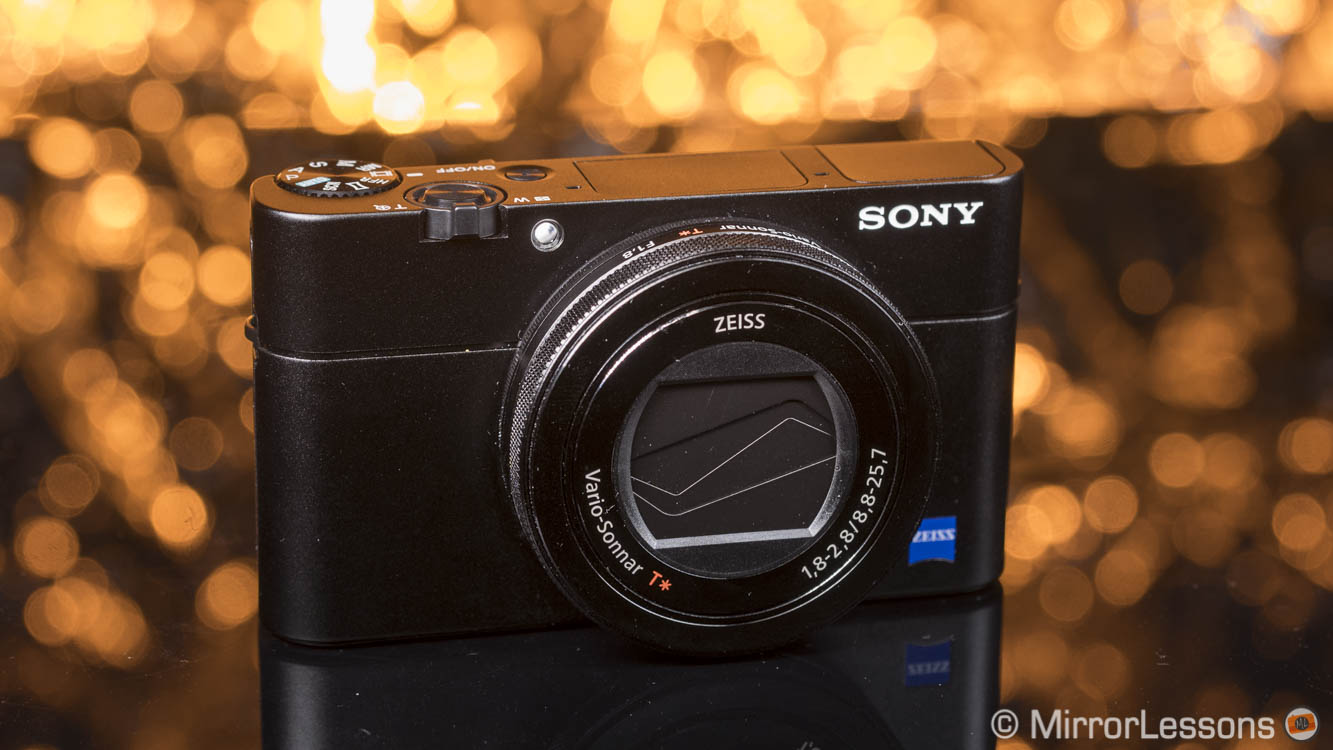 In my full review of the RX100 mark IV, I stated in the title that it was the most powerful compact camera ever created. Well, with the RX100 V, Sony managed to do even better. Perhaps the improvements are not as significant as they were when they upgraded the mark III to the IV but some of them are impressive nonetheless.

Like the a6500 (hands-on article here), we had the chance to have a look at the new powerful compact camera at the Sony Europe office.

The design hasn’t changed so there really isn’t anything to mention: same size, same weight and same button layout. If it weren’t for the writing on the top of the LCD monitor, it would be impossible to distinguish the two cameras.

The lens is the same Carl Zeiss 8.8-25.7mm zoom (24-70mm equivalent) with a fast aperture of f/1.8 to f/2.8. The optical quality is excellent but more than once with the previous model I felt the need for a longer reach on this type of camera. It features optical stabilisation and for video you can combined it with software stabilisation.

The pop-up electronic viewfinder and tilting LCD screen (up to 180°) have not changed. Surprisingly, Sony didn’t integrate touch screen capabilities despite the new camera being announced at the same of the touch capable a6500.

The RX100 V has the same sensor seen on the mark IV: it’s a 1-inch type with 20.1MP and has a DRAM memory stacked onto it which allows for better performance and speed. However the mark V model introduces a third hardware piece: an LSI chip like the one found on the a6500. It enhances the buffer and continuous shooting speed capabilities of the camera.

Now, the RX100 mark IV’s performance was already impressive at 16fps in S-AF and 5.5fps in C-AF with an excellent buffer when shooting JPGs. With the V version, Sony managed to improve the speed to an impressive 24fps in Continuous AF and a maximum buffer of 150 shots (with JPG Fine quality). This is better than the most recent Nikon 1 cameras that can go as fast as 20fps in C-AF with less buffer (and 60fps in S-AF which is still better than the Sony).

Not only is this increased speed impressive but 24fps is also the frame rate we have been seeing in movie theatres for ages. So basically the camera can shoot as fast as a 24p movie in continuous AF. If I import all the images recorded into a JPG sequence in my video editing software, I can basically create a 5.5K video clip.

Sure, we aren’t talking about a proper movie mode, as there are many limitations but it just helps you realise how fast these cameras are moving forward.

The second major addition to the mark V is phase detection autofocus, a first for the RX100 series. The camera has 325 phase detection points that cover 65% of the image sensor.

The camera felt faster especially when shooting video, where the contrast detection system of the RX100 IV finds its limit. However I also noticed a lack of precision for stills for some shots, resulting in the subject being slightly soft.

Another addition is an AF-A mode but strangely the Zone Area mode is not available. You can also use Eye-AF in Continuous mode.

Similar to Panasonic’s 4K Photo, the RX100 V has a Photo Capture mode where you can save an 8MP JPG from 4K video and 2MP from a FHD video. You need to go into the playback menu to select the frame. I didn’t find the operation quite as smooth as with Lumix cameras.

Then we have the HFR (High Frame Rate) mode which is my favourite feature of the mark IV and also the RX10 II/III. The speeds and resolution are still the same as the IV version. It uses lower resolutions, then upscales to Full HD:

What has been improved is the time in which you can record HFR videos. With Quality, you can now record 4s instead of 2s. With Time, you can go from 4s to 6s. This gives you a little more leeway when trying to record unpredictable situations or moving subjects like an insect.

The quality of the HFR footage seems the same as the RX100 IV. You get some aliasing and moiré and the higher the speed, the worse the quality. But there is still no other camera on the market capable of doing this at this price point. The quality when shooting at 250fps is excellent, 500fps looks good and 1000fps is acceptable. 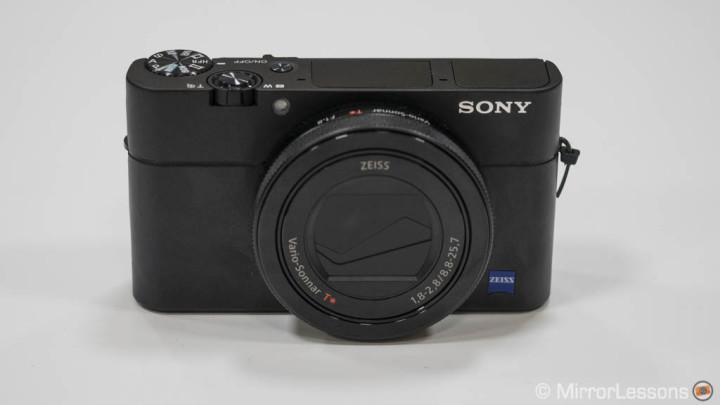 The other specifications are identical to the RX100 IV. Worth highlighting is the electronic shutter that allows you to shoot up to 1/32000s. Thanks to the DRAM memory, the camera has an anti-distortion shutter that eliminates rolling shutter completely for stills (for video it is still somewhat present). So far these are the only cameras that don’t have any rolling shutter issues when using the electronic shutter.

The price is definitely high at almost $1000. During the presentation, Sony showed journalists a graph where you could clearly see a rise in interest in this series from people who already own an interchangeable lens camera. Given the higher price of the latest models, this doesn’t come as a surprise. The other RX100 cameras are still on the market and the series now has 5 models and 5 different price tags. For those not interested in 4K or crazy continuous shooting speeds, the RX100 II is still a great compact camera. It doesn’t have the built-in EVF but when reviewing these cameras, I personally almost always end up using the rear monitor anyway (as I’m sure many other people do too).