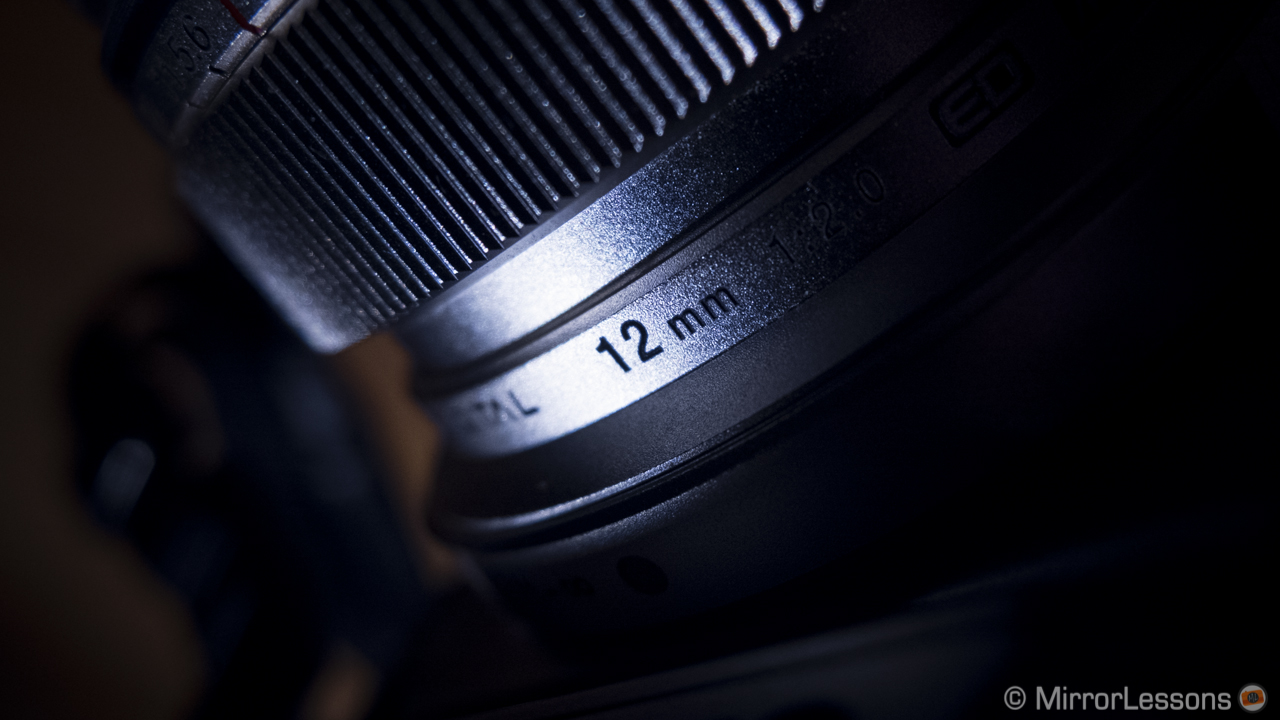 I’ll admit it. I have a huge thing for wide angle lenses. I’ve always been fascinated by the way you can represent the vastness of a place, using the lens’ natural distortion to make interesting compositions, and playing with perspective or tri-dimensionality. Since I first began photographing with DSLRs, I have always made a point to invest in good wide angle lenses. My favourites are the Nikkor 17-35mm f/2.8 and the Nikkor 24mm f/1.4.

So, when I started to switch to the Micro Four Thirds system with the Olympus OM-D E-M5, the first lens I looked for was, of course, a wide angle. I had already tried the excellent Panasonic Lumix 7-14 f/4, but it is a little too extreme for my tastes, not to mention I was looking for a lens with a faster aperture. The Olympus M.Zuiko 12mm was, as such, my only option, and I was really curious to see if I would miss my big fat (Greek?) DSLR wide angle lens. Well surprisingly, the anwser was a big fat ‘no’!

The 12mm is a very small lens and perfectly suits the OM-D E-M5. If you’ve got the silver version like me, it’s even more attractive to the eye. The build feels very nice and solid, as it is covered with metal. The metal focus ring is very smooth, making it easy to focus manually, even though it isn’t necessary with a camera like the E-M5. But if you are into manual focusing, Olympus came up with an ingenious idea that you will find in other lenses as well: by shifting back the focus ring, you will automatically switch from auto to manual focus. The shifting-back gesture reveals the distance information in both feet and meters – a clever and very quick way to switch between the two main focusing options.

The only thing that I miss here is a lens hood. It is optional and not included in the package, and since the lens is very close to the front edges, a lens hood could allow for extra protection from both accidental drops or lens flare. 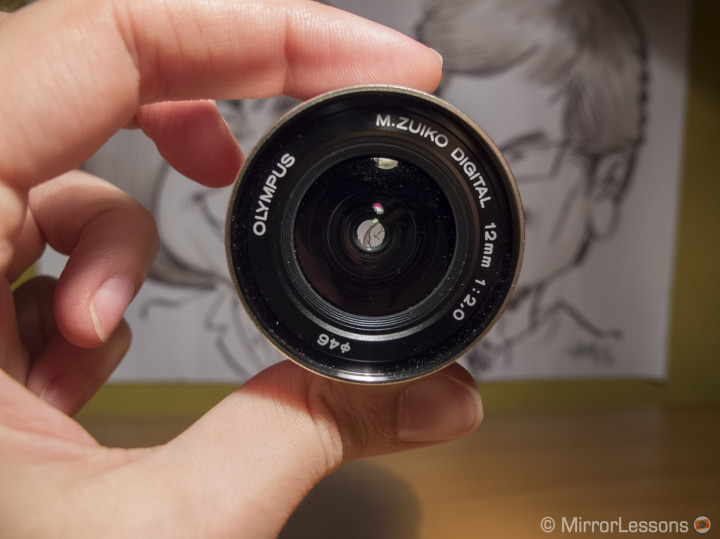 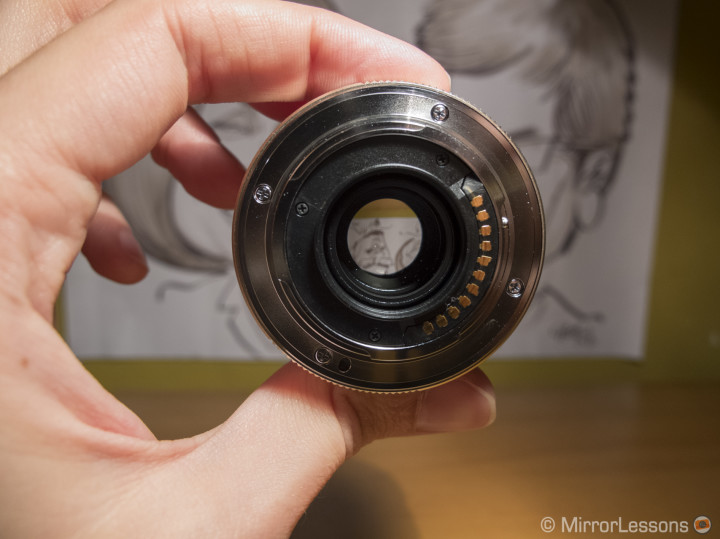 As I mentioned above, I was really surprised when I started using thid lens. First, I was pleased to see that it remains sharp at its faster aperture. This is always a good sign that the lens is well-built and designed. Moreover, this fast aperture allows you to differentiate your subject or a portion of your composition from the background.

Given that the Micro Four Thirds sensor is two times smaller than a full-frame sensor, I was concerned about the shallow depth of field and the bokeh. Honestly, I only felt its absence for the first two or three shots I took. Of course, a good wide prime lens on a full-frame camera will give better results (especially if it is a f/1.4 aperture lens), but I also think that it is very subjective to the system you are using. Once I embraced the Micro Four Thirds completely, and started to savor my E-M5 with the 12mm on it, I didn’t feel tempted to reminisce about what I had before. You will, of course, have to focus to on something close enough to blur your background, as it is and remains a wide angle lens, but in certain circumstances the results are very nice and the bokeh, very pleasant.

But, as every photographer knows, you don’t buy a wide-angle lens mainly for its bokeh capabilities. The most important aspects are sharpness and the ability to contain distortion. Being a 24mm equivalent, I was expecting some distortion but it was nothing out of the ordinary for this kind of lens. Also, distortion can be an outlet for creativity.

The lens is indeed very sharp, especially from f/2.8, and reach is maximum between f/5.6 and f/8. Then the sharpness starts to decrease and becomes slightly soft at f/22, the minimum aperture.

The only real weakness I found using this lens for several months is that it produces some unpleasant purple fringing, especially if direct light hits the lens. That is also the reason why a lens hood would be a welcome accessory, (but was unfortunately not included in the package). The hood isn’t too expensive, but it would certainly have been a nice gesture from Olympus to include it.

The lens works really well for video. I found it a little bit too small for serious shooting, but for casual recording you won’t be disappointed. The autofocus works well during motion recording as well, and the internal motor is silent enough. Below is a quick low-light image I shot with the Panasonic GH3 using the Olympus 12mm f/2 and the 45mm f/1.8.

If you ask me which is the one lens you should choose for MFT, the Olympus M. Zuiko 12mm is for sure at the top of the list. It is a wide angle prime that can easily live up to its full-frame counterparts. It isn’t too expensive, it has fast aperture, and a very nice bokeh despite its focal length. The autofocus works to a T with the GH3, E-M5 and the E-P3. It is the perfect lens for landscapes, city-scapes and street photography. It can focus really close (0.2 cm) but be aware that the closer your subject is to the lens, the more it will be distorted. For me, it rarely unmounted from my E-M5!