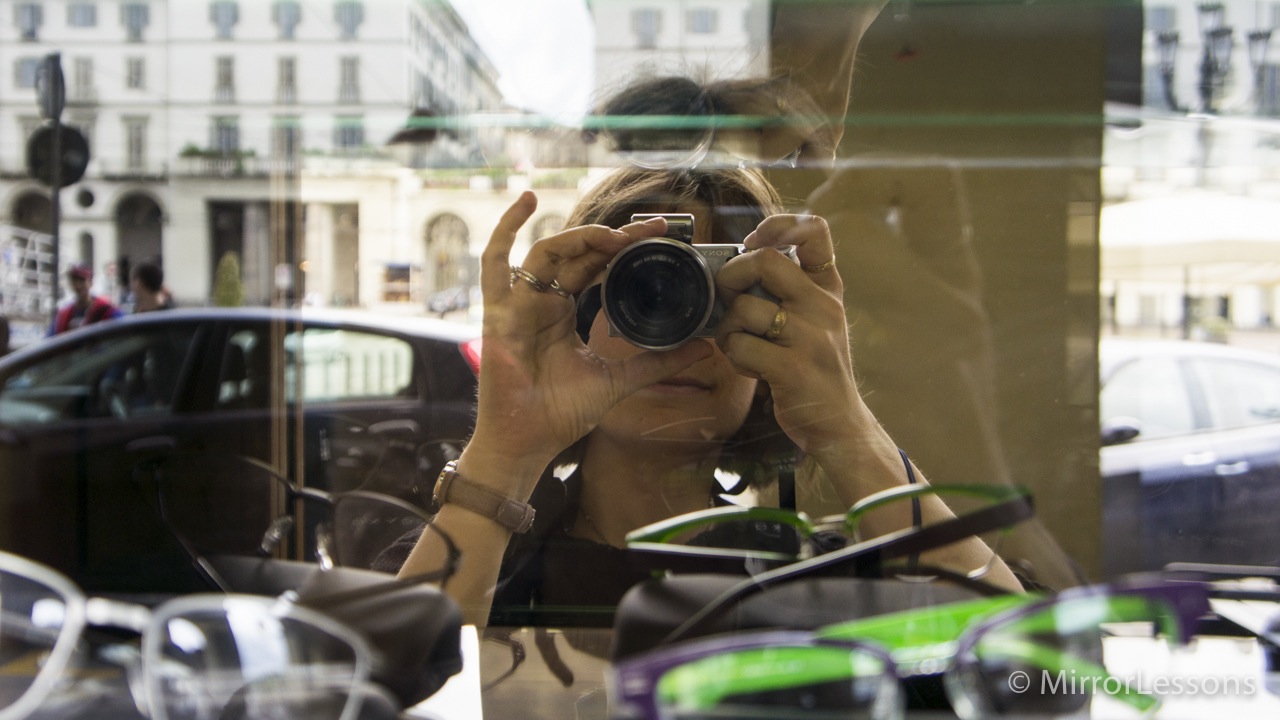 Ever since we started this website, we’ve been reviewing relatively new mirrorless cameras. Not only, but the cameras we’ve tried generally fall into the “high-end” category, with superb speed and image quality surpassed only by mid-high end reflex cameras.

Yes, we have indeed been spoiled, which has made writing a fair review of the now ‘middle-of-the-road’ Sony NEX 5K all the more challenging. Released over three years ago (a lifetime in technological terms), it doesn’t have the speed, image quality, or extra functions available on the mirrorless cameras of today, but I still feel that the NEX-5K warrants the attention of amateur photographers looking for an alternative to the low-end compact or smartphone. To find out why, you’ll have to read on!

Cameras mentioned in this article:

I can fairly say that every Sony NEX I’ve encountered in my lifetime has been a pleasure to hold, and the NEX 5K is no exception. I love the ample grip and the smooth round corners. Almost everything about this camera feels solid and well-made, from the body to the on/off switch to the various dials and buttons. The one exception is the flash, to which is attached a flimsy piece of plastic at the back that awkwardly pops out when you flip the flash upwards. The camera feels slightly heavier than the x100s and the E-M5 with the kit lens attached, but nothing that would cause neck or back pain after a full day of shooting.

In terms of buttons and dials, I was surprised to see that the NEX 5K really does feature the bare minimum. You have an on/off switch at the top right, a playback button beside it, a dedicated movie button below, a sub-command dial on the back which also acts as a shutter speed/aperture dial, and two silver buttons above and below the sub-command dial – one for accessing the menu, and the other for deleting images and accessing a list of helpful photography tips for beginners. No bells and whistles – just basic easy-to-access functions, which is all a beginner could ask for.

There is also a flip-up LCD screen which is useful for taking shots in awkward places. However, it isn’t always easy to rely solely on a screen to take your photos – a problem you’ll find with all cameras that lack a viewfinder. More often than not, I end up with a crooked or poorly composed shot which I have to later adjust in Lightroom because I cannot see what is on the screen in broad daylight.

When it comes to design and ergonomics, I can’t really fault the NEX 5K.

Of course, I would have loved to see a real mode dial, and perhaps a dedicated ISO button, as it takes forever to change the ISO from the menu, but adding these dials and buttons would have increased the size of the camera body. At the time of release, Sony was proud to call this camera the “world’s smallest and lightest interchangeable lens camera” so increasing its size was the last thing on their minds. I would have also appreciated a more silent shutter. Despite its small size, the loud click the shutter produces makes me feel as if I’m shooting my subjects down rather than photographing them.

I will admit that initially, I wasn’t expecting much from the NEX 5K’s 14.2 MP sensor, but the results have left me pleasantly surprised. I used the Vivid Creative Style for most of my shooting, and the resulting colours were full-bodied and vibrant. I was particularly pleased with the striking blues of the sky and the rich greens of the foliage.

The dynamic range is definitely a strong point for the NEX-5K since it has an APS-C sensor. Using the RAW files, I was able to salvage most details from the shadows and highlights using Lightroom to produce very pleasant looking JPGs.

The camera was also able to produce very good on-camera JPGs. As you can see from the photo below, it has preserved details in the shadows of the trees and the highlights in the sky and along the mountain range.

ISO was one of the last aspects I tested, and I can say that I inadvertently saved the best for last.

The ISO performance of the NEX-5K really is quite something for a compact.

I tested it in a shadowy archway and a dark stairwell, and in both examples, there is very difference in the noise levels between 1600, 3200, 6400, and 12800, the highest ISO on the NEX-5K. If you look at the red walls in the second set of example photos, you will see a slight increase in noise and some loss in colour at 12800 ISO, but the photo is still 100% useable for casual purposes.

Speed and autofocus are two areas which left me unenthusiastic, and in some instances, frustrated, mostly because I am so used to the extreme speed and accuracy of the OM-D E-M5.

While the NEX 5K’s 7 fps in Speed Priority continuous mode may have wowed the crowds three years ago, it would now be considered sluggish, especially when you take into account the lag between each shot. If you are passionate about taking fast action sports shots, this is definitely not the camera for you, but for day-to-day shots of your kids running in the garden, it should work just fine.

As for autofocus, we have a similar issue – it isn’t accurate enough for those instances when you want to take a quick and discreet shot as you walk along the street. In short: no sneaky street photography. If you are standing still and focusing carefully on your subject, as I did for the photo of the pigeons shown below, the autofocus will rarely have a problem, but as soon as you start moving about, the chance of the camera maintaining its focus significantly decreases.

As a final word, I’d like to remind you that we are talking about a camera that is over three years old.

Back when it was first released, the speed and autofocus would have been state-of-the-art for this type of camera. For this reason, my words aren’t so much a critcism against the camera as a compliment to how much autofocus and speed in mirrorless cameras has improved since 2010.

The NEX-5K Movie Mode: Is it as good as everyone says it is?

The Sony NEX system, despite being a still photography series, is well-known for its video capabilities. Knowing this, I was very curious to test out the video function on the Sony NEX-5K.

The NEX-5K features a AVCHD 1080/50 or 60i codec (no 25 or 30 p), and shoots in full HD. You can activate the movie mode by pressing the dedicated movie button, and which point the camera switches to automatic and starts filming immediately. The only thing you can adjust as you film is the exposure compensation.

A downside is that, as you zoom in and out, you can hear the zoom moving. The autofocus, on the other hand, is silent. We also noticed some moire’ in some scenes, but nothing too drastic.

Below I’ve included a short video test I performed with the NEX-5K at the Parco Europa in Turin. (You can also see a full photo gallery here.)

The Sony NEX 5K, like most mid-range mirrorless cameras, is packed with loads of fun features both beginners and budding photographers will enjoy.

I won’t go into detail about every mode available, but there are a few I’d like to share:

The Sweep Panorama mode is good fun to use and produces a nicely stitched 180 degree image. When you perform the sweep, always make sure to keep your camera steady and to follow the arrow on screen. Furthermore, try to take a panorama of an area without too much contrast, as the camera will choose its exposure according to the lighting in the first frame. If you start off in a shadowy area and pan towards a bright area, the bright area will remain overexposed, which is what happened in the image below.

Here, on the other hand, is a good example of what the Sweep Panorama mode can produce:

I also enjoyed using the partial colour function in the Picture Effect category. Since I work at a nursery school where all the children in our class are required to wear yellow t-shirts, it was easy to test this function out in the garden with them. As you can see, the camera does a good job of picking up the yellow tones, but sometimes mistakenly applies the tone to shadows (see the children’s arms). However, this can easily be corrected in Lightroom or Photoshop.

Below are a few more shots taken using some of the other modes available on the camera. All in all, there is lots of variety to choose from, but not so much that you feel overwhelmed.

The final extra feature which I feel would be extremely useful for complete beginners is the Shooting Tip List found by pressing the silver button to the bottom-left of the sub-command dial. It consists of a total of 85 tips to walk you through the basics of photography. When you press the button, the camera will automatically provide you with a series of tips most useful for the current shooting conditions – talk about intelligent!

Let’s finish off the article with a few more shots taken with the NEX-5K!