You are here: Home / In Depth / Mirrorless Musings / Retro Style Mirrorless Cameras: What’s all the fuss? 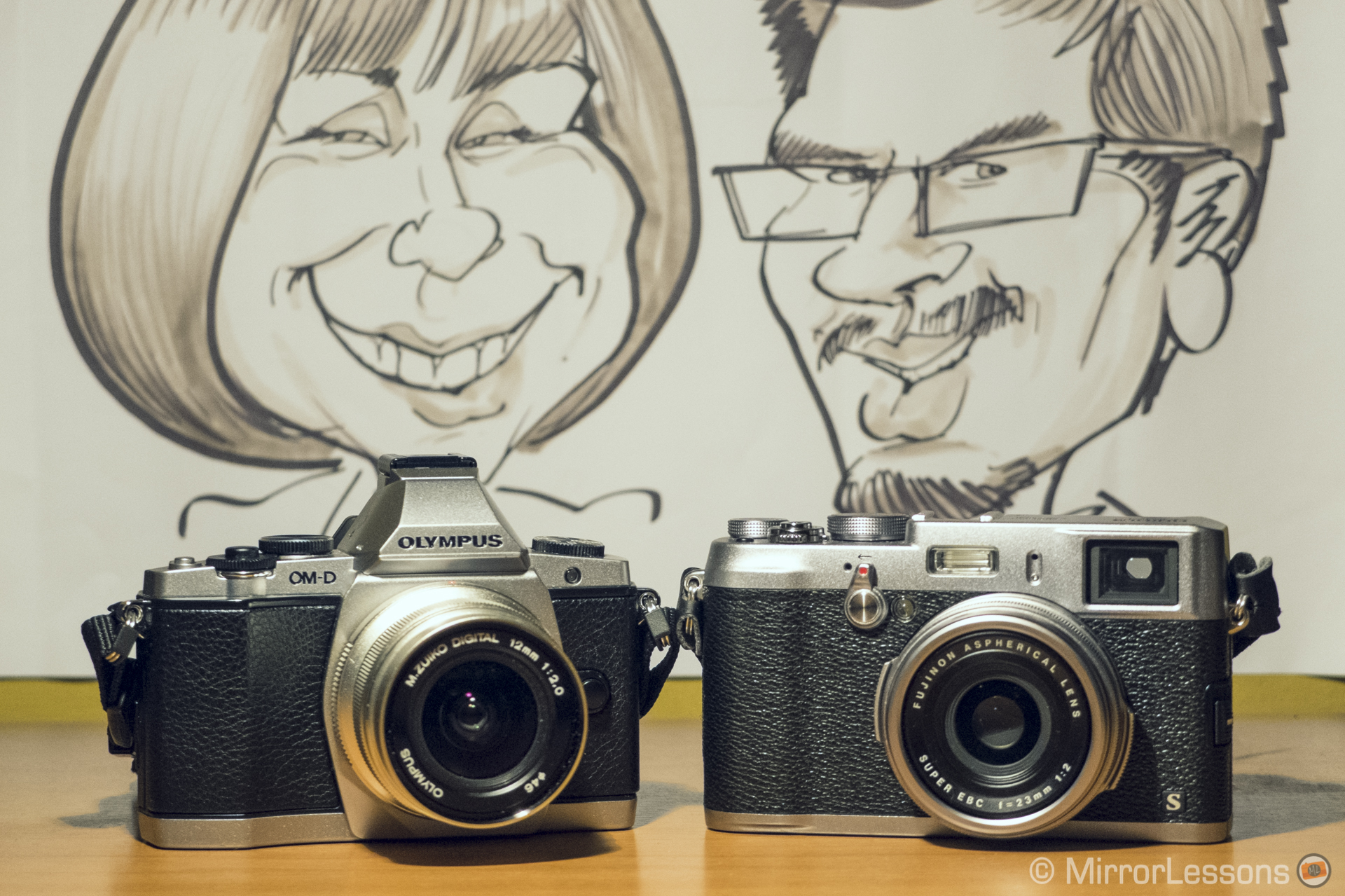 Just a few weeks back, rumor sites leaked some news about the successor of the Panasonic Lumix GX1. Interestingly, its appearance should bears absolutely no resemblance to its predecessor. It would be a throwback to the old DMC-LC1 from 2004, which was in turn based on the classic 35mm design of film cameras.  This move would add Panasonic to the long line of camera manufacturers that have produced retro style cameras for their mirrorless collection.

So, why are retro style mirrorless cameras so popular these days? As you can imagine, the reason is more psychological than practical.

Retro mirrorless cameras take us back to a time when photography was a game of patience and precision. With only 30 spaces on a roll of film, and no possible way of seeing the results beforehand, photographers treated each shot as they would an unborn child – with extremely care, love and affection. Digital photography, of course, has changed all of this, with the thousands of photos we can take in a day, but vintage digital camera bodies allow us to reminisce about this era long gone.

Whilst playing on the nostalgic sentiments of photographers may seem like a cheap marketing trick to some,

I feel that the trend towards retro has actually done much good in restoring the photographer’s passion for the art of photography.

There’s no getting around it – holding a retro style camera in your hands feels wonderfully satisfying. In fact, many photographers believe they take better photos with retro style cameras than with ordinary digital cameras, not because retro cameras are inherently “better” but because the experience of the retro camera is more enjoyable. Plus, knowing that they perform like a regular modern digital camera makes the experience all the more rewarding. If a simple trend has this kind of power over the psyche of photographers, then I am all for it.

One brand whose high-end mirrorless line consists exclusively of retro style cameras is Fujifilm. From the flagship, the Fuji X-Pro1 to the newest arrival, the X100s and the compact X20, we are inundated with handsome vintage designs which have sent professionals wild with excitement.

Olympus is another brand which has inched towards retro styling with its flagship, the OM-D E-M5, and the new PEN E-P5. Though it hasn’t yet been announced, the successor to the E-M5, coming in late 2013, will most likely resemble the SLRs from the old OM-D line as well.

Pentax, too, has its own small collection of mirrorless cameras, including the colourful Pentax Q and Pentax K-01 series. And of course, we are all on tenterhooks, waiting for the arrival of the rumored Panasonic GX2.

Somewhat surprisingly, mirrorless giant Sony hasn’t shown any interest in embracing the retro trend, though we have yet to see the design of the NEX-7n and 9. I may well be eating my words within a few months. In contrast, I would be very surprised if Nikon and Canon were to go retro with their mirrorless cameras, as their principal interest still lies in DSLRs.

How about you – do you own a vintage style camera, and if so, do you feel it makes you a better photographer?