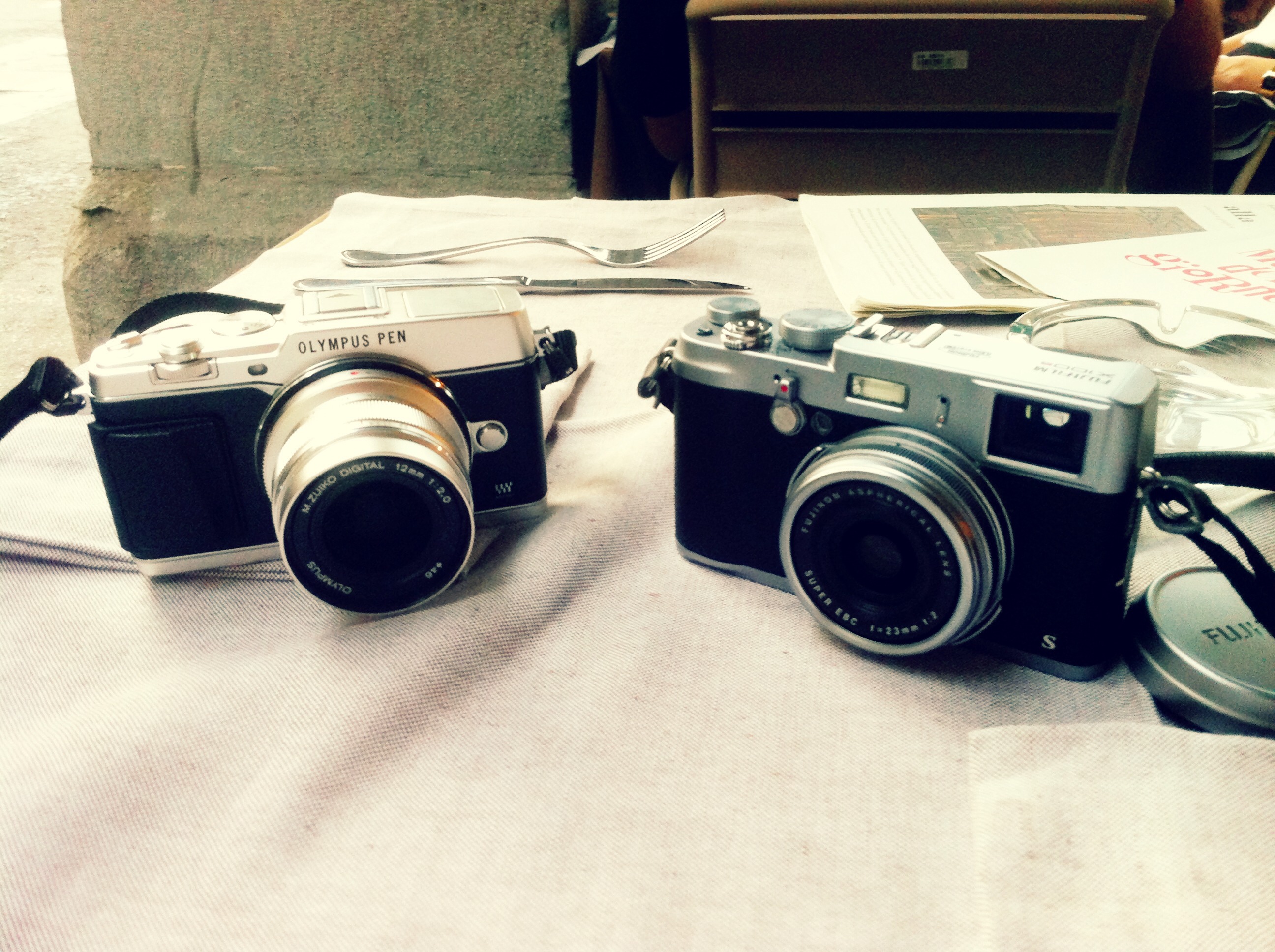 Late last night, on the streets of Turin, a battle of epic proportions took place. Not of the likes of Batman versus Bane, or Spiderman versus the Goblin – no, this battle was far more dark, more sinister, the result of a lifelong rivalry between two adversaries, bedeviled by a deep desire to come out on top, and to be recognized as the best of the best…

Okay, okay – now that I’ve got your attention, we can ditch the dramatic introduction. The truth is – a great battle did happen last night, between two cameras which have succeeded in impressing photographers even on a professional level despite their small size: the Fujifilm X100s and the Olympus Pen E-P5.

Both are very new releases. The X100s was released in March 2013, while the Pen E-P5 arrived in stores just a few days ago. They both deliver excellent image quality, and as two of the flagships from Fujifilm and Olympus, they can also be considered direct competitors within the mirrorless sector.

Since ISO is such a hot topic, Mathieu and I decided to focus on comparing the high ISO performance of these two cameras by creating the image gallery you see below. The images between 1600 and 6400 ISO are JPGs converted from RAW files, whereas 12800 and 25600 ISO are on-camera JPGs. We chose to divide them as such because the X100s will only shoot up to 6400 in RAW, and it would be unfair to compare RAW files from the Pen with JPGs from the Fuji.

Keep in mind that this is not a scientific test but a ‘world’ test. Nope, you won’t see any magnifying glasses or measuring sticks here.

What are your thoughts? Do you feel that one camera outperforms the other from the examples you see here?