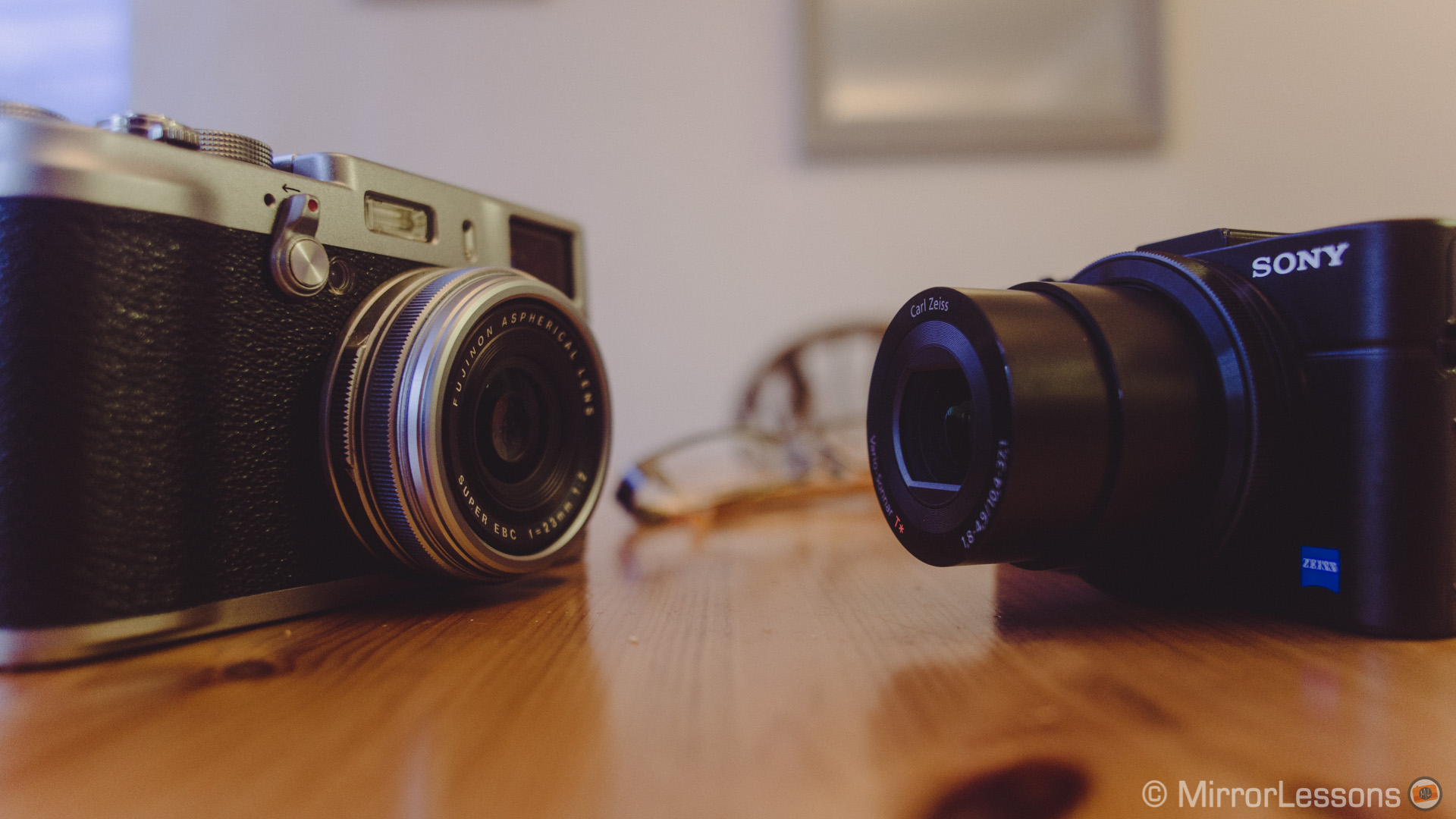 For more than one week, I have been using the new Sony RX100M2 as my holiday camera and I am enjoying it far more than I had ever dreamed. In fact, my Fuji X100s, who has been trapped in my bag more than she’s used to, is getting quite jealous and upset. So, to prove to her that she’s still my main muse, I decided to let the two cameras fight it out on the field with a focus on one of the aspects I care about the most: high ISO performance.

Am I being unfair? Well, yes and no.

No, because one of the improvements made on the RX100M2 is the ISO performance which now goes up to 12800 and extended 25600. This is very impressive for a point-and-shoot camera.

So, like David challenging Goliath, we here at MirrorLessons get a kick out of unconventional comparisons. On that note, let’s see how well the Sony stands up to my favorite camera for 2013 so far!

For the two cameras, I tried to to match the settings as much as possible for each shot:

Let’s see the first example below (JPG converted from the RAW file with Lightroom 5):

Nothing surprises us here at first glance: the X100s version has less noise and is cleaner. The Sony image has more noise, but let’s not forget something important: the RX100 II has a smaller sensor and more megapixels, so the presence of more noise in the image is normal.

Both of them manage to preserve a lot of details, and the important thing to mention here is that we have to look the 100% crop to really see a difference. Let’s have a look at a second example, from RAW again.

At 6400 ISO you really start to see the difference, as the RX100 II loses some detail. The X100s still has less noise than the Sony, and a lot of details have been retained. But again, the RX100 II still defends itself very well. And since photography isn’t just about looking at 100% cropped images, I think that the RX100 II has tremendous ISO performance.

Now you won’t get the same results with the JPG on-camera. The standard NR on the Sony washes out too many details in comparison with the X100s JPG render engine. But that doesn’t matter too much as I prefer using the RAW files as a more precise reference for this kind of test. It is also harder to match the JPGs perfectly because the two cameras have different NR engines with different settings.

Of course, the cameras render colours differently as well, but…

what surprised me during this test is that I never had to change the shutter speed setting on the RX100 II to approximately match the exposure of the X100s.

It really shows that Sony improved the sensitivity of the sensor with this M2 release.

Before finishing with the image gallery, there’s a final example worth writing about with regards to the higher ISO setting, 25600. The RX100 II goes to 12800 (both RAW and JPG) but 25600 is an ISO extended setting that you may not see at first. You actually have to select JPG only, then the Multi Frame NR ISO in the ISO settings, and finally 25600 ISO. What the camera does is take multiple frames and merge them into a single image while simultaneously reducing the amount of noise. I must say that the results aren’t bad at all.

On the 100% cropped versions, the RX100 II picture seems sharper, also because of the shallow DoF in the X100s picture. This is the best example I got at 25600 ISO. You will notice in the other two examples in the gallery below that the RX100 II actually has less detail, but let’s not forget that they also have different lenses.

You can enjoy the gallery below, open the pictures at their full resolution in a new tab if you want to pixel peep. To add more fun to the mix, I decided to delete the camera name and change the order for some photos so that you can guess which is which. Have fun! 😉