You are here: Home / In Depth / Mirrorless Musings / 4 Reasons You’re Missing Out By Not Owning a Mirrorless Camera 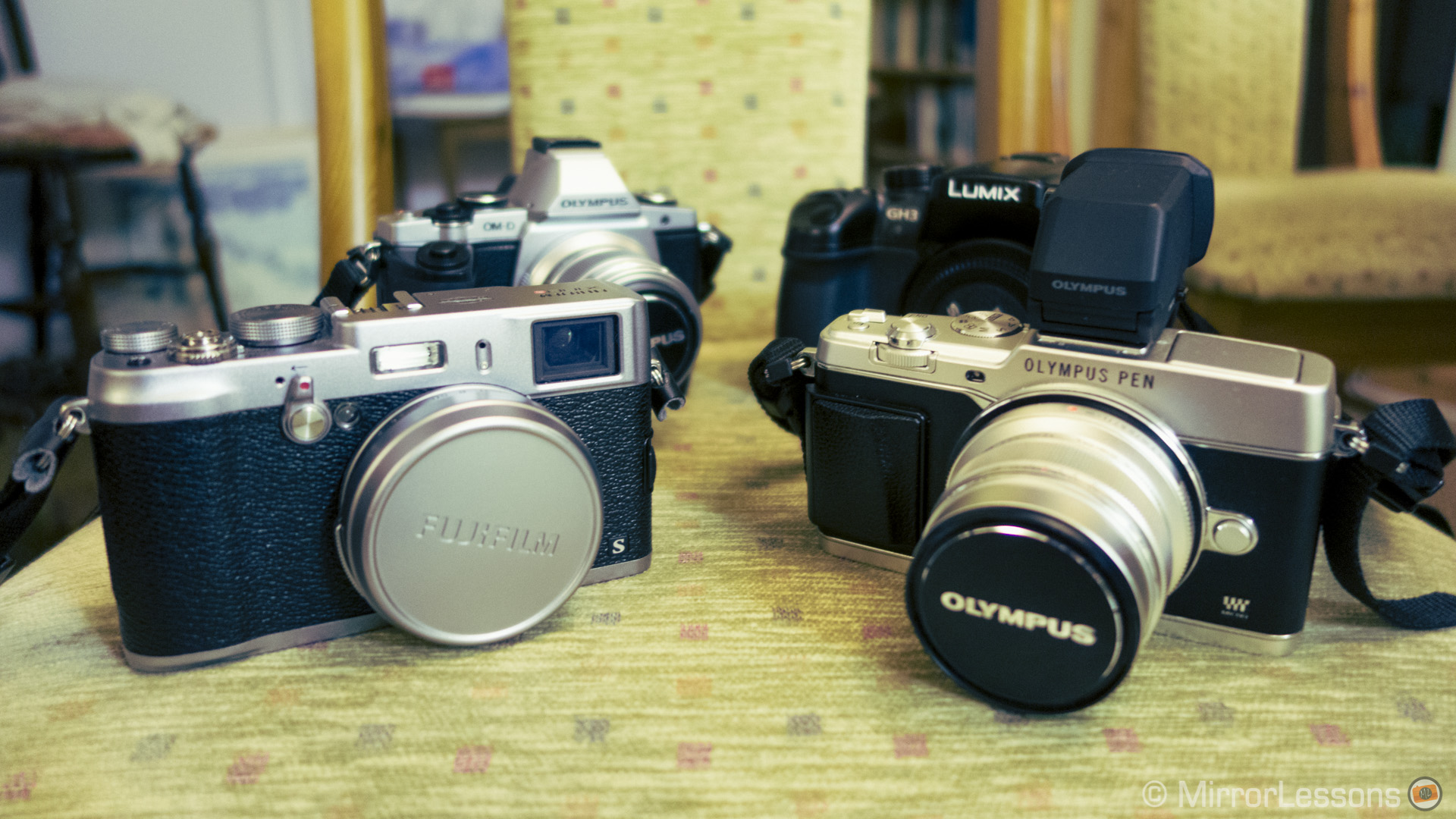 The title above could be perceived as provocative at first, because it is the photographer that makes the photograph, not the gear. But it is also true that since I started this website and switched from DSLRs to mirrorless, I have learned the importance of adapting your gear not only to the kind of photography you engage in, but to your personal style as well.

My Transition to Mirrorless

Definition of a ‘mirrorless camera’:

Loosely defined, it is a camera that lacks the pentaprism and mirror box of a DSLR. The term is most closely associated with mirrorless interchangeable lens cameras (MILC) such as those in the Sony NEX, Fuji X or Olympus PEN series, but they may also be non-interchangeable as in the case of the Fujifilm X100s or Ricoh GR. Besides the lack of a mirror, the most important aspect they share is high image quality and performance comparable to that of a DSLR.

When I started to become serious about photography, I had a Nikon D90 and a 18-105mm kit lens. In 2009, my first big assignment arrived where I had to cover an event for Sky Italy. Since I knew the agent well, I asked him to send me some pictures from the same event the year before. Opening the JPGs and looking at the exif data, I noticed that they were all taken with a Nikon D3 and a 24-70mm f/2.8 lens.

By that point, I was already well aware that I needed to upgrade my gear with better lenses. I couldn’t afford a D3 so I bought a second-hand 17-35mm f/2.8 and a 180mm f/2.8. I put my heart and soul into that job and a few weeks later, the agency told me that Sky Italy was delighted with the photos, saying that “they had never had such a beautiful reportage of their event.”

Other important event jobs came about, along with my first wedding assignments, portrait sessions and some still life. I kept investing in better bodies and lenses because I wanted to give my clients the best quality possible. Of course, I thought that DSLRs were the only option because everyone else had one.

But the gear I owned wasn’t only for my work–it was for personal projects and travel photography as well. Little by little, I started to become uncomfortable with the gear I was using. My backpack was heavy, my gear was heavy and I was only using it for big occasions like a summer holiday in a place I’d never visited before. I began eying some alternatives but I didn’t want to spend money on something that I knew I wouldn’t use for my work.

Then everything changed. I started this website, picked up a second-hand Olympus OM-D and later invested in the Fuji X100s. Today, they are the cameras I use the most for both professional and personal work. I cannot help but feel pity for my poor D700, which has been locked away inside my backpack for nearly a year. Needless to say, I’m planning on finding it a new home very soon.

Below are the four reasons I own mirrorless cameras and use them for both work and personal photography, and why it could be an interesting option for you too.

Note: For those of you who visit our website on a regular basis, the advantages of owning a mirrorless camera may seem self-evident but we also recognize that many of our first-time readers are only just becoming acquainted with the concept. This article is for them.

I have been using the Olympus OM-D E-M5 for professional work for about a year now. Just recently, I was sorting out my closet and came across my old Nikon D700. I picked it up for old time’s sake and man, that thing was heavy. The thought that at one time I had used both the D700 and the D90 simultaneously on assignment sent my head reeling.

And this brings me to my first point–mirrorless cameras are incredibly light. You could dangle two of them around your neck and the weight would not compare to that of one professional DSLR. Likewise, the lenses designed for mirrorless cameras are extremely small and compact. In fact, the largest I own, the Lumix 35-100mm, is no taller than a tea mug.

Why is all this significant? Well, not only has having lighter gear saved me from having to visit a physiotherapist in my old age, but it has also encouraged me to take my cameras out more often for the sheer pleasure of shooting. This renewed interest in photography for pleasure has allowed me to produce a large body of personal work I never would have taken with my D700. This may happen during a 30-minute walk around my neighbourhood or during my holidays in the mountains or by the sea. With light gear, you will always be motivated to bring your camera with you.

And even if you aren’t particularly in the mood for shooting that day, there is always the possibility that you’ll encounter an attractive scene or a unique trick of the light around the corner. Always having your camera on hand will keep you on the ready at all times.

Photographers tend to be obsessed with capturing impromptu moments, especially those who engage in street photography, but do you realize just how much harder this is to achieve when your face is masked by a massive black clicking-machine?

If you want to go unnoticed by your subject on the streets, it makes sense that your gear be as small and as silent as possible. In this case, a mirrorless camera is a ‘must’ in my opinion. Many models are only slightly bigger than your average compact camera, and the most recent high-end models such as the Fujifilm X100s and Panasonic Lumix GX7 have the option of a truly silent shutter.

They are also perfect for indoor work such as capturing a theatrical performance. I always use my OM-D E-M5 for these types of events, and the audience is never bothered when I shoot in continuous mode next to them.

The small size and silent shutter of modern-day mirrorless cameras can render you almost invisible as we saw in point 2, but what if your subject knows you’re there? This will most certainly be the case at weddings or events.

The fact is that, even if your subject is perfectly aware of your presence, the small size and silent click of your mirrorless camera will make him or her feel more at ease. Whereas DSLRs can be unnerving due to their large bulky appearance and the loud clacking sound they make when you press the shutter button, mirrorless cameras are machines designed for stealth and discretion. In fact, more and more wedding photographers have either switched to or added a mirrorless camera to their gear for this very reason–to give the bride one less thing to worry about on her big day!

Mirrorless cameras are also very interesting for portraits, especially when you have to deal with someone who isn’t used to being photographed. Having a small camera makes the session more bearable because the subject will probably feel less intimidated. If you take advantage of that and make her feel comfortable, she will quickly forget about the camera and act naturally.

This may seem like a superficial point but I feel it is valid enough to include. Since I bought my retro-style Fuji X100s and Olympus OM-D E-M5, I’ve felt much more excited about going out shooting. I love the way these cameras look and feel in my hands. I love how they instigate a conversation with random people on the street wherever I go. They are cameras that make me feel proud to be a photographer. And generally, photographers who feel good about their work and gear make better pictures. Period.