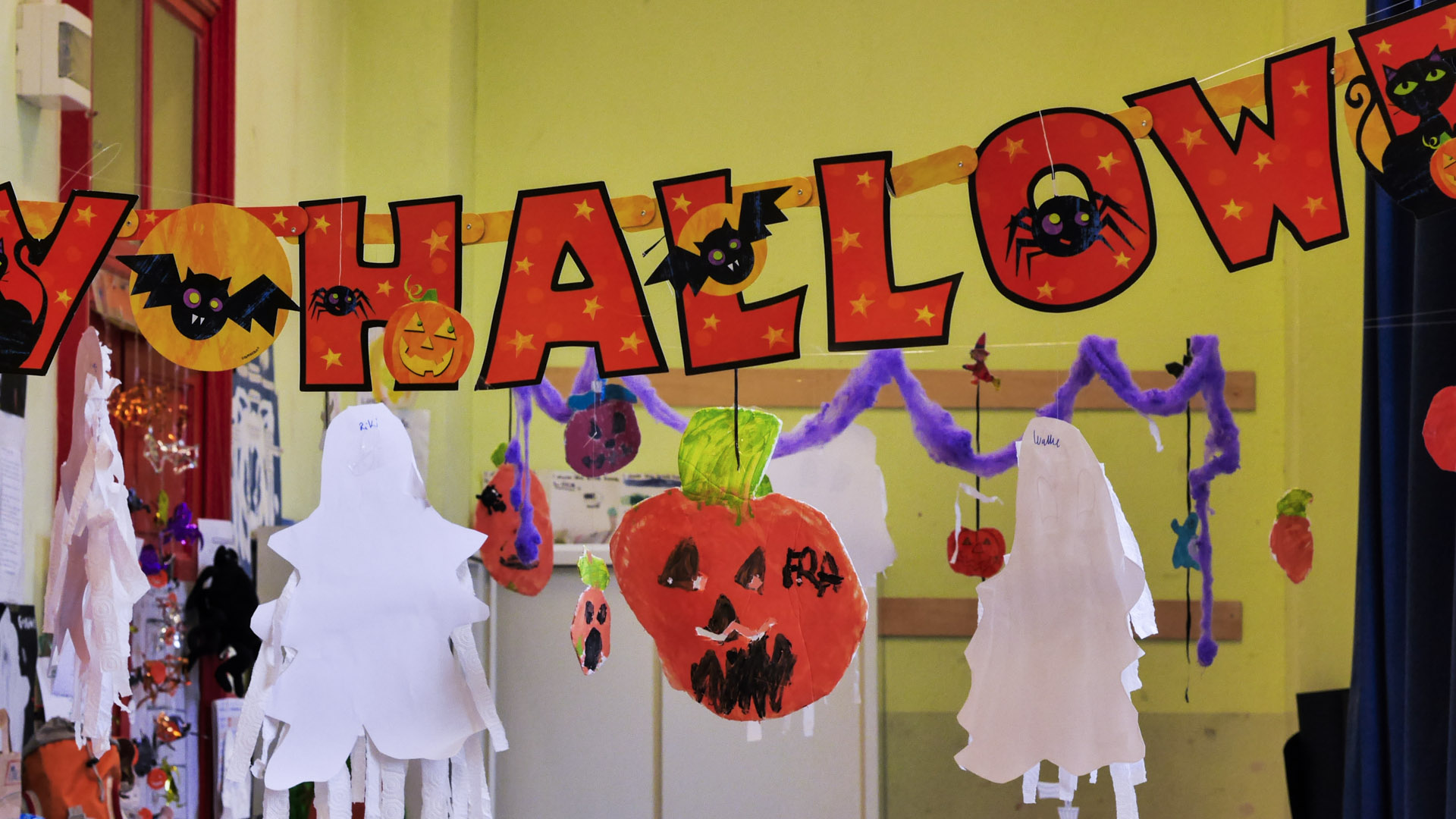 Halloween is still a relatively new phenomenon here in Italy but its popularity has exploded in the past few years. Go to any school and you will find children dressed up as witches, ghosts and pumpkins. Visit a discoteca on Halloween night and you’ll probably end up with a demon as your dancing partner.

Fifteen years ago, you would never have heard the words “dolcetto, scherzetto” (trick or treat) on the streets, but North American commercialism has a cunning way of weaving itself into the fabric of foreign cultures. I remember that during my one year stay in Japan back in 2006, Halloween was almost more popular there than it was in Canada, my home country. Though it hasn’t reached that level of popularity here in Italy, I’m sure it’s only a matter of time…

In our nursery school class, we have always insisted on the children making paper and cardboard costumes for Halloween rather than having them buy prefabricated costumes from stores. In this way, we turn Halloween into an educational unit in dexterity, creativity and imagination for our little ones.

Of course, I couldn’t pass up the opportunity to use the Panasonic Lumix GX7 to snap some shots of the kids with their costumes on!

It wasn’t an easy challenge as children this age are constantly moving about, making it difficult to keep them in focus. Thankfully, the GX7 had no trouble locking onto the ‘little monsters’ if they made a sudden movement.

The other challenge was keeping the shots interesting while trying to avoid photographing the children’s faces for obvious privacy reasons. As a work-around, I would often focus on a masked child or inanimate object, and use an f/1.8-3.2 aperture to render the children in the background out of focus. I would also partially cut off a child’s face if doing so made sense for the composition.

The photos I took are all OOC JPGs with Auto ISO and WB. I slightly adjusted the contrast and white balance in Lightroom 4 on some of the images as I found they had a yellowish tint. My lens of choice was the 45mm f/1.8, which shouldn’t surprise anyone who knows me well. I love using the 45mm for a wide variety of photographic genres, from close-ups of butterflies to portraits of children to landscapes, and find its bokeh one of the most attractive amongst MFT lenses.

Though many professionals will cringe at the following words, I didn’t use the EVF once throughout the entire session. The LCD is just that good. I will admit that it is a comfort knowing that the EVF is there if I ever need it, but I see it as just that – a back-up for extreme circumstances. Perhaps I am also less tempted to use the EVF on the GX7 because I have grown accustomed to the size and incredible resolution of the VF-4 on my Pen E-P5. That, and the fact that I didn’t want to be tripping over toys as I went around shooting! 🙂

If there were one thing I’d change about the GX7, it would be to give it a weatherproof build. As soon as we left the school to go trick or treating around the local shops, the heavens opened. The kids were prepared with their rain boots and jackets, but the poor old GX7 was not. For fear of damaging the camera and the lens, I shoved it inside my jacket, which made me look much more like a misshapen pregnant woman than an aspiring photographer. As you can imagine, I only managed to take about two shots during the walk. It is a small flaw but one worth mentioning.

Speaking as an amateur photographer, I’ve been very happy with the GX7’s performance so far. It is one of the most straightforward high-end mirrorless cameras I’ve ever used, perhaps even more user-friendly than the Pen E-P5. Before long, Mathieu will have his full review up of the GX7 so you can see just how a professional photographer finds this camera on the job as well!