You are here: Home / In Depth / When a common passion brings people together: A Tale of Friendship, Photography and Fuji cameras 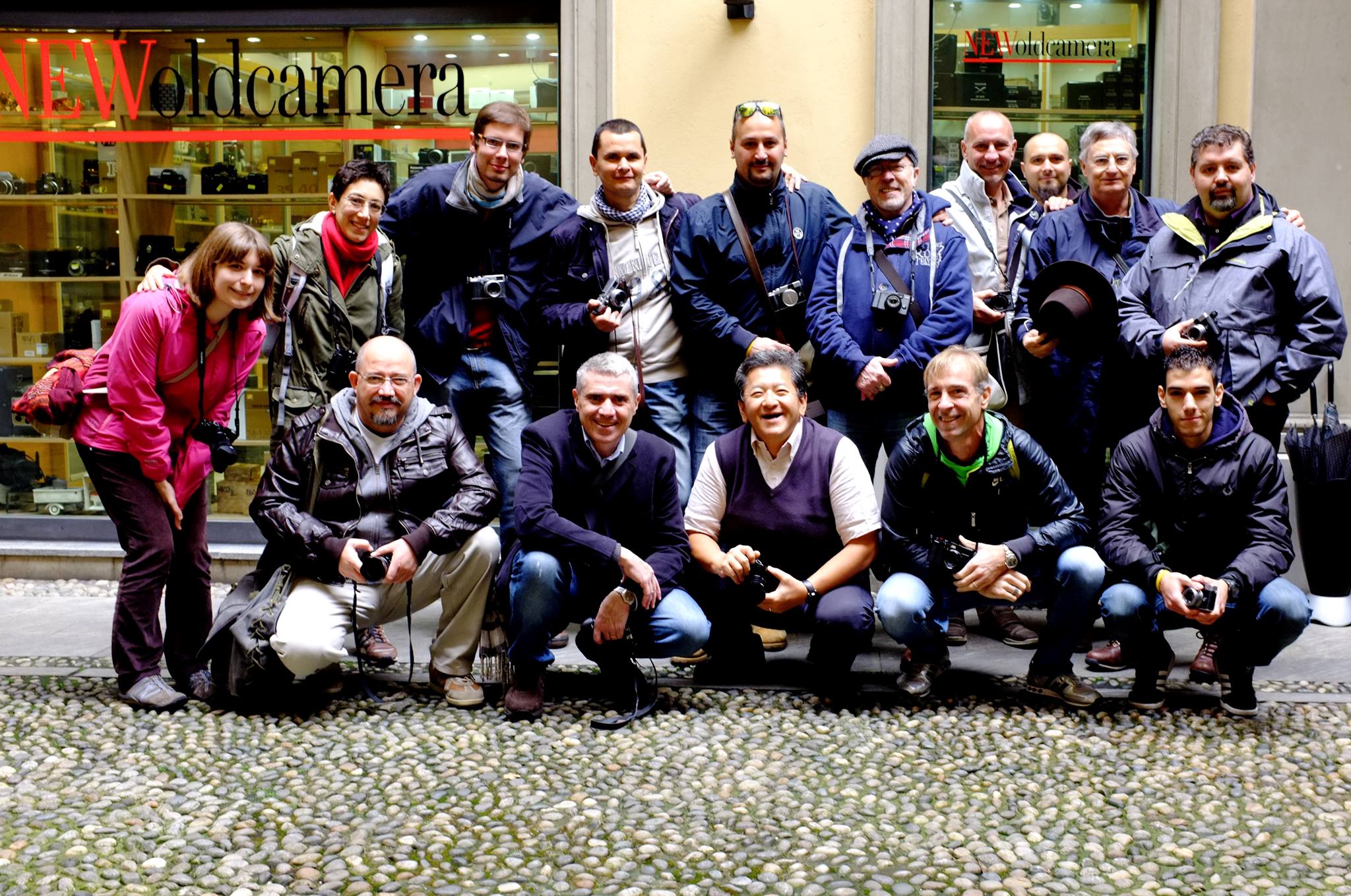 The love for photography is often enough to trigger meetings between people who, in other circumstances, would never have met. Photography clubs aren’t something new, but the Internet and social networks have increased the possibility to interact with all sorts of like-minded people across the globe, both online and off.

When I first entered the Fuji X Series Club Italia on Facebook, I was overwhelmed by how friendly, funny and welcoming the members were. Out of curiosity, I asked the founder, Marco Bozzato, to tell us the story of the group.

From there I discovered a story made up of friendship, photo walks, delicious Italian meals, selfies in the elevator and, above all, an unconditional love for Fujifilm cameras.

All the photographs in this article are courtesy of the Fuji X Series Club Italia.

It all started with the original X100. As Marco explains…

The idea came to my mind when I first saw the original X100, the first Fuji X camera. At the time, I felt it was a camera that was different from the rest. This was only reconfirmed when I bought my first X camera, the X10, which was also different than the existing compact cameras and gave me a different feeling when I was using it. Like the X100, I was convinced that they would be successful and that’s what happened. So I thought I would create a group on Facebook dedicated to the X cameras. At the beginning, it was just a game…

But while the X series was growing with the release of new cameras and new lenses, the group was also growing.

I soon had the chance to meet the Fujifilm Italia staff thanks to Max Angeloni (one of the Italian X-photographers), who awarded me at the Rome Photoshow for my praiseworthy initiative. Now they are also friends of mine, as are many other group members who I’ve met not only virtually but locally and all over Italy.

While Fujifilm Italia isn’t directly involved in the group’s activity, it has shown its support for it numerous times.

Marco, with the help of the other members, started to organise get-togethers in various Italian cities: Rome, Bologna, Florence, Naples, Milan, and that’s how many of these friendships started.

Then, other events like the Fujifilm eXperience Tour and photography days became additional opportunities for the members to get together, without forgetting some informal “Amatriciana” (traditional pasta recipe) meetings. It wasn’t just about photography anymore; it was also a good excuse to spend time together.

But what I found really touching about this group is the way members express their love for photography and Fuji cameras. They’ve come up with some really funny ideas such as taking ‘selfies’ to create calendars with various themes, the one for 2014 being “elevators with mirrors”.

These days, people who love photography tend to be very technical. We talk and write so much about cameras and gear that we easily forget the essence of photography and what it can foster, not only in the images we produce, but also in the relationships we form. For me, this group is a very good example of why photography is a wonderful passion to have, and what can grow from the love of a given camera model or brand name.

Of course, the group is growing not only through its conviviality but also through the expertise of some of its members. Like any group or forum, there are also technical discussions, advice and feedback from amateurs and professionals, and that’s certainly a primary reason the group is becoming a reference in Italy and also attracting foreign members. I also think that seeing X photographers like Max Angeloni and Donato Chirulli really involved in the group contributes to the overall spirit.

Heather and I finally had the opportunity to meet many of the members in person at the second Milan get-together which occurred yesterday. We were overjoyed to find the same upbeat and open atmosphere we had perceived in the group. The way in which we were chatting in such a friendly and informal manner, it felt as if we all knew each other very well already.

Recently, the group passed the 1,000 member mark, and the numbers are growing each day. Anyone is welcome to join and you will find an increasing number of foreign members. It is true that some of the funniest and most touching aspects of the group may be lost on those who aren’t familiar with the Italian language, humour and way of life but from my point of view, it doesn’t matter as language barriers don’t exist in photography. The humour, friendship and passion for photography can all be found in the images, not just the words. I can also add that, being half-Italian and living in Italy, this group is the epitome of all that is good about Italy, its culture and its people.

Be sure to drop by the Fuji X Series Club Italia on Facebook and say “hello”! And if you know of or participate in other photography clubs like this, let us know in the comment section below!