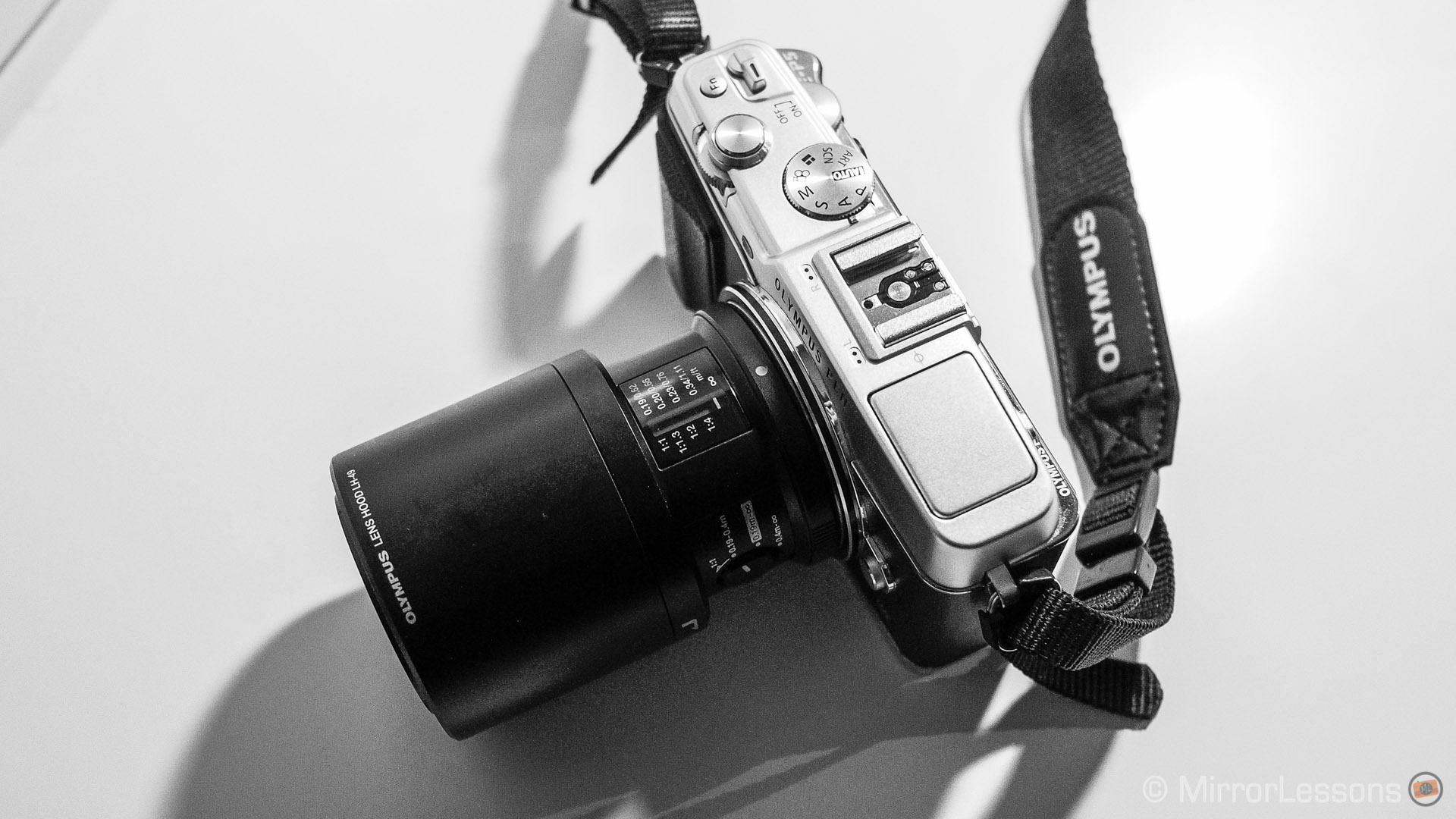 Ever since I bought the Olympus Pen E-P5 as my main walk-around street camera, I’ve been secretly longing to try out the M.Zuiko 60mm f/2.8 macro lens. I love using the 12mm f/2 for wide-angle shots, and the image quality of the 45mm f/1.8 makes me quiver at the knees, but as a macro photography lover, I know that the 60mm f/2.8 would fulfil most of my everyday needs, not only for macro photography but for portraiture and even certain types of landscape photography as well.

Well, my dream came true when Olympus Europe kindly sent us a 60mm to test out for a week along with the new OM-D E-M1, 17mm f/1.8 and 75mm f/1.8. Feeling like a kid at Christmas, no sooner had we opened the box than I was happily snapping photos around the house. And after three days of squatting like a frog over flowers and lying against muddy banks to capture dead leaves to the confusion and amusement of those around me, I have come to the conclusion that anyone who has a Micro Four Thirds camera and loves shooting the little things in life is missing out by not having this lens in their bag. It is the perfect macro lens and here I’ll explain why.

The M.Zuiko 60mm f/2.8 Macro was the first macro lens ever released by Olympus for the Micro Four Thirds system. Capable of 1:1 magnification (or 2:1 on a full-frame sensor), it allows you to get extremely close to your subjects.

On the left side of the lens body, you’ll find a useful Focus Limiter Switch which, as the name suggests, allows you to confine your focal distance to three fixed ranges: 0.19-0.4m, 0.19-infinity, and 0.4-infinity. By using this switch, you are essentially telling the autofocus not to focus beyond the limits you’ve set. The switch also gives you the option to rapidly jump to 1:1 magnification from any focus distance.

On the top of the lens is a Magnification Factor Scale Indicator which allows you to gauge the distance between you and your subject and focus with precision according to the magnification you desire.

A few other noteworthy features include its weather-sealed body, its Zuiko Extra-Low Reflection Optical (ZERO) coating, and its ability to render a circular rather than oval bokeh.

Let me start by saying that shooting macro is a lot harder than it looks.

You need the perfect mix of patience, a steady hand, the eye of a hawk, and the talent for turning the insignificant into something beautiful. To become a really successful macro photographer, a steady tripod and external flash are also good to have on hand, though a tripod is not always necessary if your camera or lens has internal stabilisation.

Since I was using the Pen E-P5 and its 5-axis stabilisation, I felt quite confident that I could keep my subjects in focus as long as I stayed in bright sunlight with relatively fast shutter speed and an aperture between f/7 and f/10 where possible.

As it turned out, the 5-axis stabilisation worked a treat for shooting hand-held images at 1:1.3 magnification and above. When I switched the lens to the full magnification ratio of 1:1, however, it became much more difficult to control the focus, even with focus peaking activated. To give you an idea – my success rate with any magnification ratio higher than 1:1 was about 50%, while only a handful of hand-held shots at 1:1 ended up in focus. Since my overconfidence in the 5-axis stabilisation tricked me into leaving my tripod at home, I used flat rocks, benches and anything else I could find to take those highly magnified shots I so desired.

Something I found myself continually using was the Focus Limiter Switch – let’s say that it isn’t just a pretty decoration placed on the lens to make it look professional! Knowing I could immediately switch to 1:1 after taking a landscape shot and vice versa was a great comfort, and encouraged me to take a variety of shots throughout the day, not just macro.

The AF was also lightning fast, which could only be expected from an M.Zuiko lens. Keep in mind that to achieve optimal AF performance when not in 1:1 magnification mode, it is recommended to keep the switch set to either 0.19-0.4m for close-up shooting or 0.4m-infinity for mid-range to distance shooting. If you set it to 0.19-infinity, you will notice that the AF takes longer to focus as it has a longer focal range to cover. As for 1:1 magnification, I found it much easier to stick with MF.

This lens also has a wonderful bokeh and the rendering is perfectly circular as you can see in the example below. For this reason, I would have no issue using this lens for portraiture as well.

Sharpness is another aspect that blows me away with this lens. When you nail the focus, it really is pin-sharp. There really isn’t much more to say except that you can trust this lens to deliver superb results every time.

You may have noticed that many of my shots were taken at 400 ISO and above. This is because we were in an area shrouded in the shade of trees. This made it difficult to find areas openly exposed to sunlight. However, I wouldn’t recommend high ISO levels for macro shooting as the noise can reduce the sharpness and detail of your images as seen in the example below. An external flash such as Mathieu’s Olympus FL-600R can help you light up your subjects in these situations.

Last week, we also tried out the Panasonic Leica 45mm f/2.8 Macro for an afternoon. We didn’t have the same amount of time with this lens as we did with the 60mm, but we noticed that it had very nice colour rendering and a lovely bokeh. That said, I feel that the M.Zuiko 60mm, with its focal distance switch and the additional focal length, is a more appealing option for Micro Four Thirds users.

In a few days, we will have to return the 60mm to its rightful owners, but I am now 100% convinced that I want to add this lens to my collection when the time is right. After all, spring and the appearance of the butterflies is only five months away! 🙂