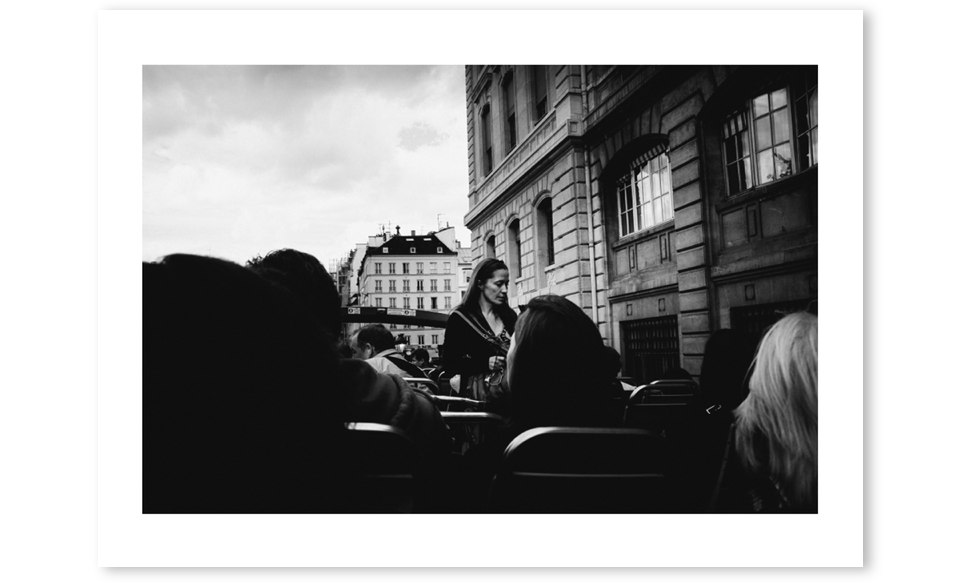 When I first came across Patrick La Roque’s blog back in January, I was bewitched not only by his talent as a photographer, but also by his way with the written word. Patrick has the ability to make even the most banal situations come to life, using images as the core fabric of his posts and vivid commentary as the thread which binds them together.

It was no surprise then to discover that Patrick had decided to release his first e-book entitled 1Eye Roaming. He kindly sent us a copy for review, which Heather and I immediately devoured over the weekend. 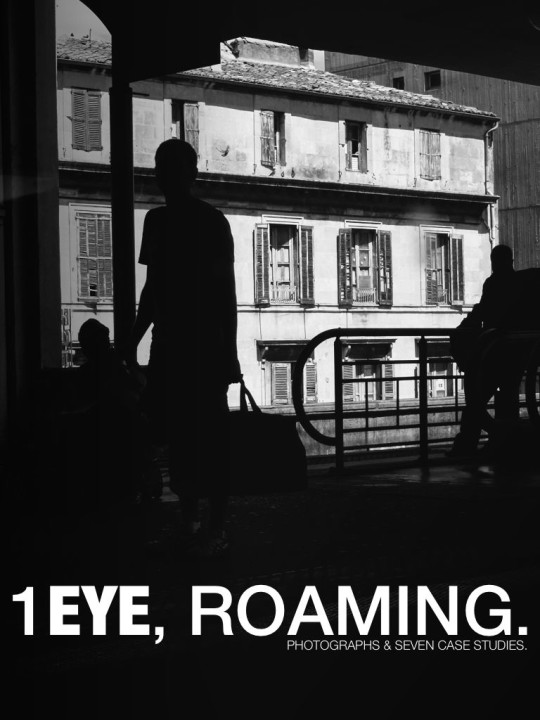 There are moments in time that will change everything without our knowledge, without even the slightest hint that anything is actually happening. Events that will unfold, passing through us, metastasizing until every single cell is modified or replaced.

The first paragraph of 1Eye, Roaming‘s preface couldn’t be more appropriate to summarise Patrick La Roque’s first e-book. It is in its own way a celebration of a short period that prompted a significant change in a photographer’s work and style. It is also a tribute to a special moment that had a profound influence on him at the time, and again years later.

The collection of black and white images taken during Patrick’s trip to France with his Fuji X100 are part of a series he originally shared in colour on his blog called Lutetia – Travels in France with the X100. Two years later, as he explains in his blog post, Patrick felt the need to return to those images:

“Why return to those images? Because I needed to; because they’ve since become much more important than I originally thought and because I needed something more permanent. I have other projects in mind but this had to be the first step.” 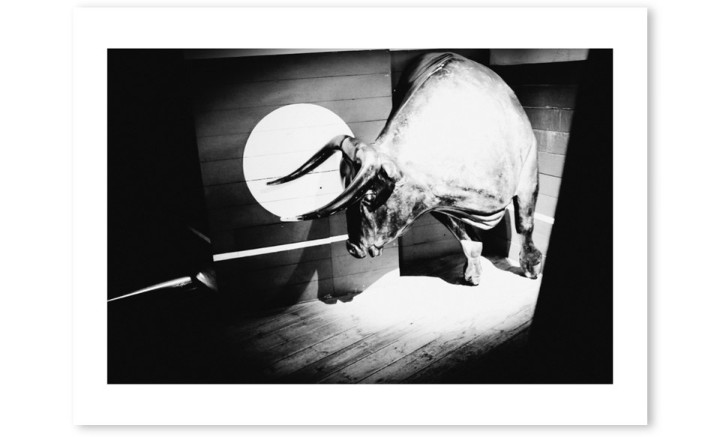 He also explains why he felt the need to make them monochrome:

“Every single image has been re-processed in black and white, going back to the original files and starting anew. Why? For one I needed to get excited again, to forget about my original selection and see all those images as if they were completely new. Discarding colour forced me to re-evaluate everything. Besides, I quickly realized that most of the images I was selecting were already in black and white, making the few remaining colour photos stick out like a sore thumb — The choice quickly became obvious.”

The first section has been laid out as a visual travel diary, divided into the various stages of his journey, from Paris to Nice to the airport, and the many small French towns in between. Each stage features a short yet evocative excerpt from the actual diary he kept during his travels.

Our impression as we carefully skimmed through the images was that they are extremely effective as a composite. Supported by the artist’s engaging commentary, they tell the story of a country seen through the eyes of an outsider, and one photographer’s relationship with his camera as he encounters diverse visual stimuli. Never has Patrick’s ability to weave images and words together been so pronounced as in this section of the book. 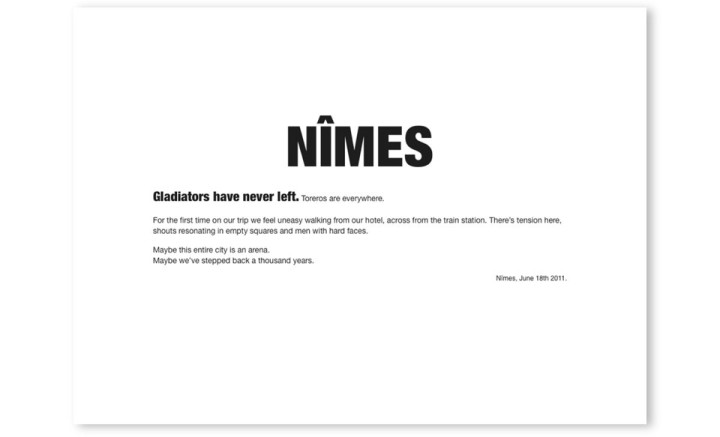 One glance through these images and you will realise that this isn’t your classic travel photography diary. It is far more personal, a diary that revolves first and foremost around photography.

What makes the individual images interesting is their composition. Patrick explains in his book that most of them were captured in a very instinctive way. You will often see an element at the edges of the images which grabs your attention. There’s always that feeling that there is a whole world around the frame the artist captured. You don’t just look at the images, you imagine what lies beyond.

At the same time, we found that if you were to remove any image from the overall composite, 90% of them would struggle to stand on their own. Rather, it seems that each photo and phrase is a pillar which supports the composite as a whole. It is only in the Case Studies section of the book that Patrick picks out seven of his strongest shots and analyses how they were shot and post-processed. 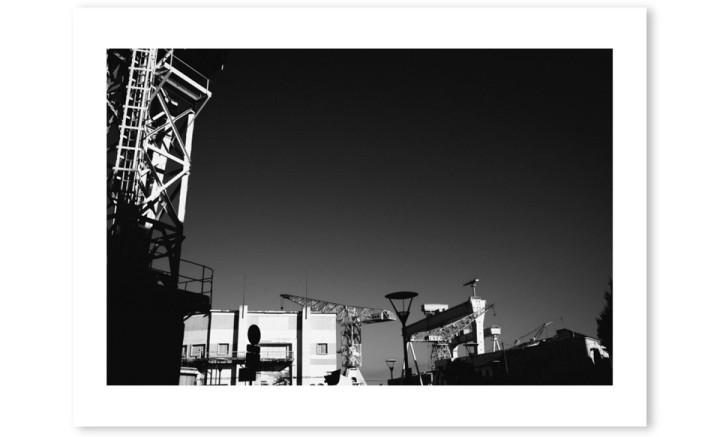 The first part of the Case Studies section is entitled Contact Sheets, where Patrick discusses “creating moments by pulling them out of a timeline and shining light on them.” By this, he refers to seeing a moment before it actually happens. While the first part of the book was a visual feast for the eyes, I enjoyed this part of the book the most for Patrick’s analysis of the anatomy of the moment, using examples from his trip. 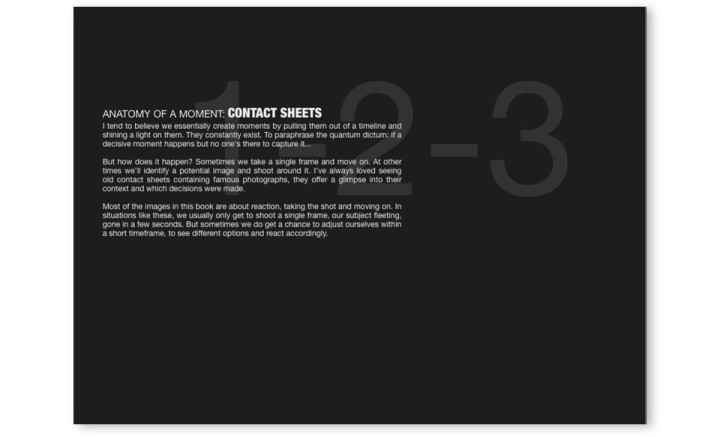 Patrick then follows up with an interesting discussion about precision (or sharpness in an image) versus impulse, and finishes off with a look at the stages involved in post-processing an image.

The Epilogue will be of particular interest to Fuji X Series users, as Patrick goes in depth about how shooting with the original Fuji X100 has changed his approach to photography. In his words, he went from mere “image making to storytelling,” something that is evident in his very first X100 series presented in 1Eye Roaming, and in the work you see on his blog.

I should add that the way Patrick describes his use of the X100 is a sentiment I share when using the X100s, which is the updated model. While the book isn’t primarily about cameras, it shows that a camera you really like using can change your style and your perception. This is what happened to Patrick two years ago. This is what happened to me this year with the X100s.

It is clear from the writing and the photos that Patrick has poured his heart and soul into his first e-book, and we hope that this will be the first of many to come!

If you are interested in purchasing 1Eye Roaming for yourself, you can do so on Patrick La Roque’s 1Eye Roaming page or go directly to the billing page.