You are here: Home / Best Of / My 4 Favourite Fujinon XF Lenses for the Interchangeable Fuji X Series 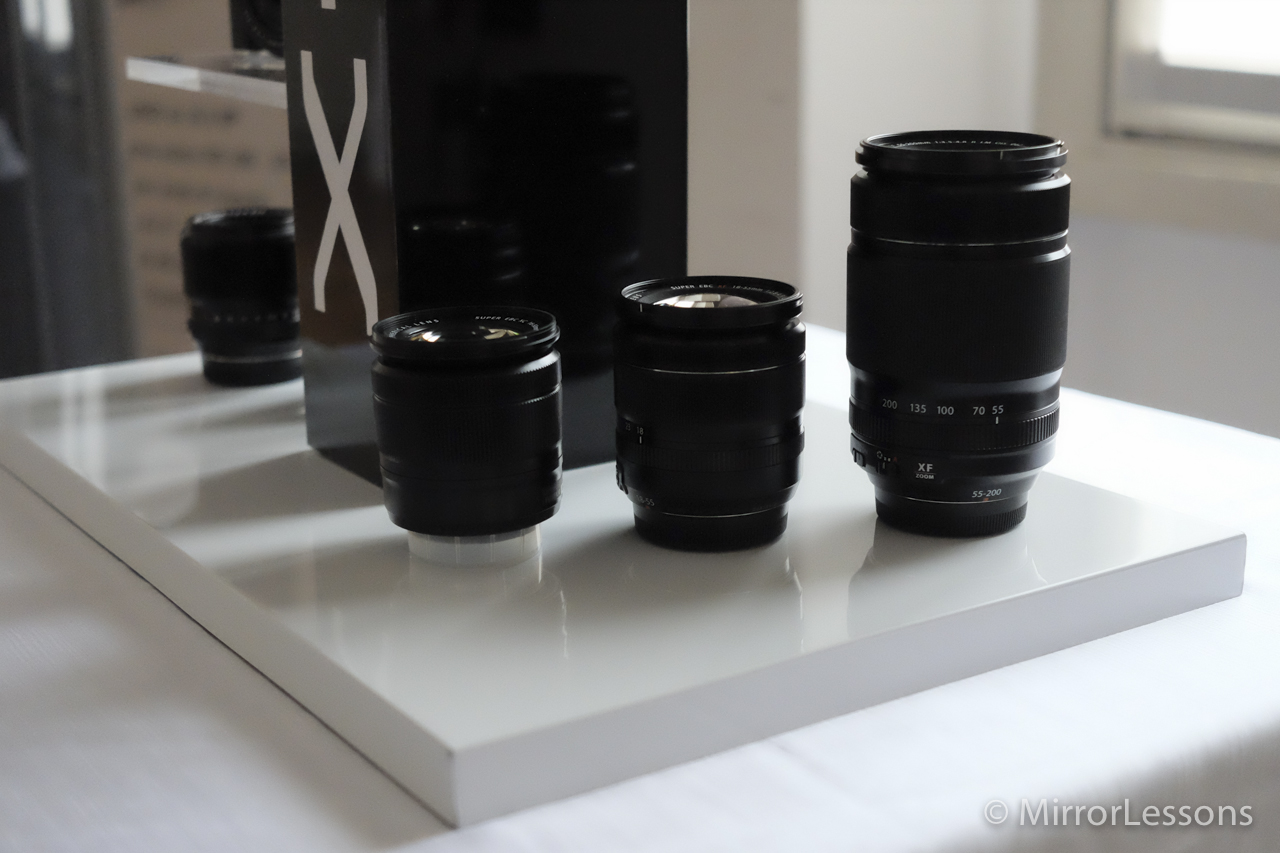 Note: the list has been updated with a 2015 edition.

The camera may be the chassis that records your images, but it is the lens that collects, manipulates and directs the light towards the sensor. I believe Shakespeare might have said, “the lens maketh the camera” if he had been a photographer instead of a writer. Without a lens, you have no image, and with a lens of poor quality, you may find it a challenge to create the image you had envisioned.

If Fujifilm is known for one thing, it is the quality of its glass. Though still limited, a clear roadmap shows that by 2014, Fujifilm will have an array of twelve excellent lenses to choose from, as well as three welcome additions from Zeiss.

If you have invested in an X-Pro1 or any other X series interchangeable lens camera, I believe that the four Fujinon XF lenses listed below would be useful to have in your starter kit. The list consists solely of primes as I feel the X interchangeable system works better with primes than it does with zooms.

Please keep in mind that this is a very personal list which fits my needs as a reportage/events/wedding/street photographer. If you often shoot concerts or dance performances, you’re going to need a telezoom such as the 55-200mm, just as a macro photographer will probably want to invest in the 60mm macro lens before any other.

The 14mm f/2.8 is a very nice lens for wide angle shots. It has an equivalent focal length of 21mm on 35mm format, making it the ideal choice for architectural shots such as the ones you’ll see in my 12 Architectural Pictures gallery, or landscape shots. The results along the edges are impressive with minimal vignetting even when wide open, and the distortion is more than acceptable given its very wide angle. It isn’t the widest X lens available as the Zeiss Touit 12mm f/2.8 has an equivalent angle of view of 18mm but the Touit is more expensive. In any case, the XF 14mm is currently one of my favourite lenses so far for the Fuji X system.

The very words ‘fast aperture lens’ generally imply a high quality build and premium glass. The XF 23mm f/1.4 (35mm equivalent on full frame format) is no exception. It has a wonderful bokeh, great sharpness even at its fastest aperture and overall excellent lens performance – in other words, the perfect street lens. The focus ring is very sturdy and precise, and can be shifted back and forth to quickly switch from auto to manual focus. The aperture ring is also very smooth and accurate. Distortion on this lens is almost non-existent. Being the latest prime lens from Fuji, it is also has a very good AF performance.

The XF 27mm f/2.8 is a prime pancake lens which delivers a field of view similar to that of the human eye, and is the smallest XF lens in the series. In fact, it is so small that there is no room for an aperture ring, meaning that X-Pro1 owners will have to update their camera with the latest firmware to allow aperture setting from the control dials located on the rear. It also has a very fast AF response, amongst the best in the series. The images produced by the lens are clean and crisp, and it produces a very nice bokeh despite not being faster than f/2.8. The lens itself is lightweight despite its metal build, and is unobtrusive thanks to its compact size. The 27mm is another lens I really like, as it can make an X-E1 or X-M1 very compact. It is a very good lens for an everyday use.

The 35mm f/1.4 is one of the best 50mm equivalent lenses I’ve ever used. I love the bokeh and how sharp it is at all apertures, even f/1.4. The only con is that the aperture ring is too smooth. I ended up changing my aperture inadvertently more than once. But despite this small weak aspect, it is one of the most beloved lenses amongst X users and X photographers. The AF has been improved thanks to firmware updates (both for the lens and for X cameras), and the improvements are really impressive. I wouldn’t say it has the fastest performance on the list, but it is very close.