You are here: Home / Interviews / The Man of Many Systems: An Interview with David Taylor-Hughes 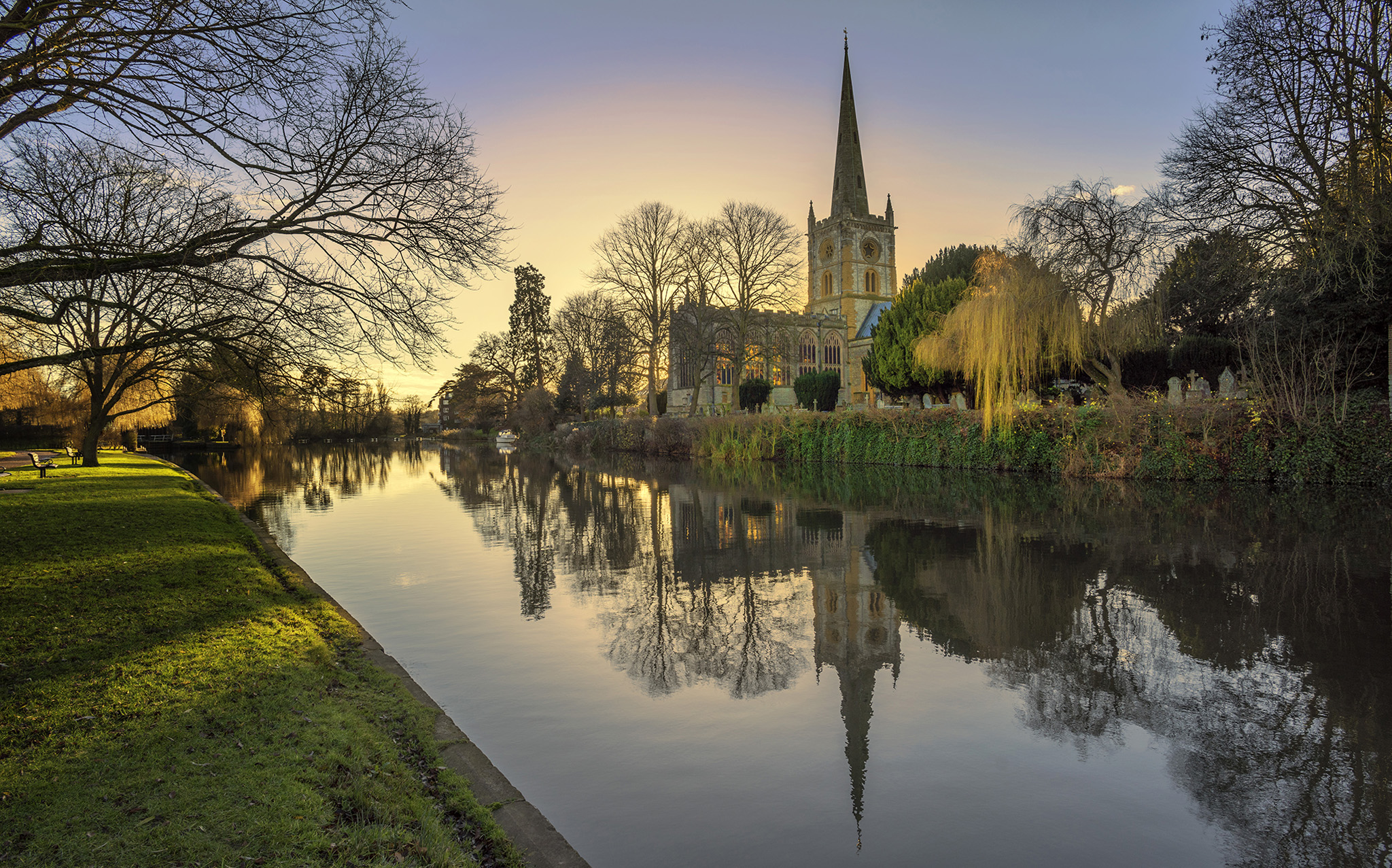 This week’s interview is with David Taylor-Hughes, a photographer, videographer and musician from the English Midlands who has worked for many important clients such as British Airways, Virgin, and all UK national newspapers and television channels. He also runs a popular photography blog called SoundImagePlus, where he and his wife display much of their professional work as well as reviews of the gear they use. Currently, he uses a mirrorless mix consisting of the new Sony A7r, Fujifilm X-E1, X-E2 and X-Pro1, and the Panasonic Lumix GH3. 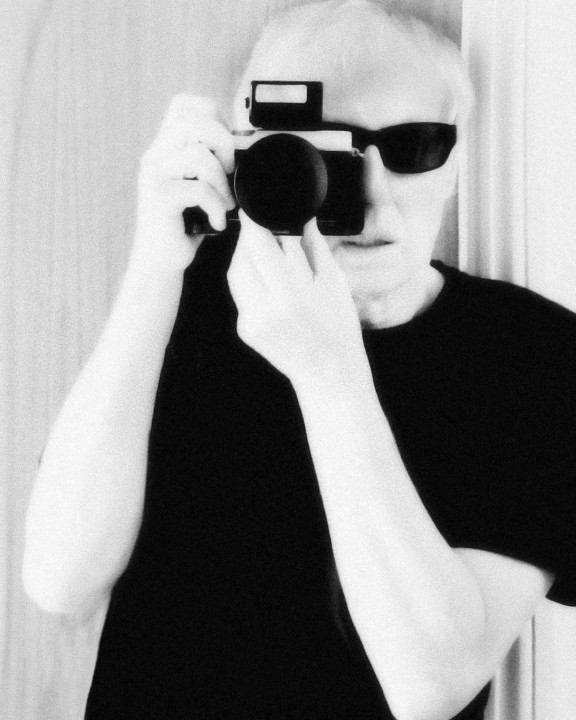 1. Who is ‘David Taylor-Hughes’ in three simple sentences?

Aside from my family my other love is taking pictures and after working part-time for a number of years I was eventually able to ‘give up the day job’ and make a full-time career out of my passion over 12 years ago.

I have contributed images to all newspapers, TV channels and major book publishers in the UK plus many magazines, have run my own portrait studio, worked as the house photographer for a model agency, shot weddings, events and the performing arts, contributed to several international advertising campaigns and ran my own picture library, before becoming a full-time stock photographer with over 50,000 images on 16 world-wide stock photography websites, shooting mainly landscape, architecture, travel and location images.

2. Why did you decide that mirrorless was the way to go for your work as a photographer and videographer?

I was looking around for a smaller, lighter camera a few years ago and the Panasonic G1 was announced and released. I bought one and liked what it produced. However at that time it had very limited lens options and it wasn’t until I discovered that I could put other lenses on it that I really started using the camera seriously. Via adapters, I began to use Nikon and Voigtlander m-mount primes.

3. What system did you use before switching to mirrorless?

For many years I shot medium-format and 35mm film. I moved to digital very early in it’s development using a variety of small sensor, low MP count digital cameras, most notably an Olympus E10. I moved to a DSLR with the Fuji S2 Pro and followed that route for several years. I bought (and sold) Kodak, Nikon, Canon, Olympus and Pentax DSLR systems, constantly improving the quality of the files I was able to produce. I also used three Leica rangefinders – 2 x M8 and an M9 during that time.

4. Is there anything you miss about the old system?

I miss all the gear I’ve owned because I like cameras and lenses and am unapologetic about that. However, in terms of what they produce and operationally I can’t really say there is anything I really regret not still having. The results the 36MP sensor of the D800E gave me were hard to live without, however now I’m using the Sony A7r, that’s no longer an issue.

5. You use a total of three systems: the Sony A7r, the Fujifilm X series (X-E1/E2/X-Pro1) and the Panasonic Lumix GH3. What role do you give to each in your photography and videography?

I try not to assign roles to each system, though the nature of how they work and the fact that they are all better at some things than others, means that I do have to think about how to use each system. The Fujis are better at high ISOs, the GH3 shoots better video, for example. However after a relatively short time with the Sony FE cameras (I now have the A7 and A7r) it’s apparent that these cameras will probably give me everything I need for the foreseeable future.

While some of my other cameras may give me better low-light performance and video, those are low priorities for me and the Sony’s are easily good enough for my needs in those areas. Since the nature of my work (and therefore my income) benefits from very high quality and large files, the A7r in particular is perfect for what and how I shoot.

6. What features do you value most in a mirrorless camera?

It’s the size and weight advantages I value most over any particular features. Like many photographers I have a back problem that has been made worse over the years by carrying around heavy cameras and lenses. This is particularly true for me since I walk some distance virtually every time I go out shooting.

While it’s true that in their early days, using mirrorless cameras did involve some compromises, that is no longer the case. Image quality is now excellent and the higher end cameras now have all the ‘bells and whistles’ we have come to expect from DSLR’s.

7. Is there a certain kind of photography for which you wouldn’t feel comfortable using your mirrorless cameras?

Well I don’t have a lot of choice anymore but the answer is no. There is no longer a situation in which I’ve previously used a DSLR that my current camera stock couldn’t cope with. I don’t shoot sports or news and I certainly don’t spend any time in war zones so I don’t need my cameras built like tanks. Mirrorless now has the speed, accuracy and image quality to challenge any DSLR and brings other things to the table such as totally silent operation and phenomenal burst rates. Plus there are now a number of mirrorless cameras that look just like DSLR’s so any notion that they don’t demonstrate ‘gravitas’ to clients has also been dispelled.

8. How has using a smaller system changed your approach to photography?

No. I’m pretty focused on what I want and my intention is always to use cameras that allow me, first and foremost, to work in the way that I choose. If I find a camera places limitations on me, or I have to adapt to using it, it tends to get sold.

I have a very clear vision of what I’m trying to achieve with my photography and my approach to creating pictures is the same no matter what I’m using. I occasionally read comments by hobbyist / enthusiast photographers who state that some mirrorless system has ‘rekindled their enthusiasm’ for taking pictures and that puzzles me. I’ve never lost my enthusiasm for making photographs, no matter what gear I’ve used. Plus it’s the final image that’s the most important part of the process for me and the means of producing that, while a consideration, is ultimately always secondary. 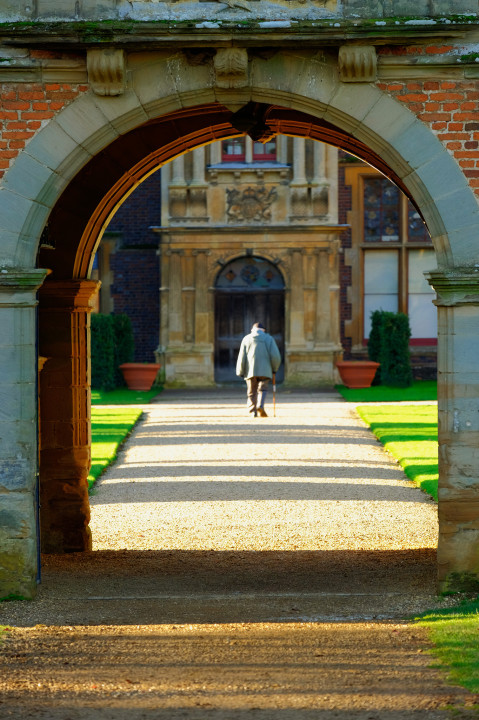 9. Which is your go-to lens(es) for each system and why?

I really don’t have one lens I prefer. If I could only have one lens then it would probably be a ‘standard’. But then if I have a choice then I probably wouldn’t use that much. It also depends on the format. For m4/3 I love my 14-140mm zoom, but for APS-C and ‘Full-Frame’ lenses like that get seriously big.

I feel confident enough that when I’m out shooting, whatever I have with me will produce results I’m pleased with and I like the stimulation of different combinations. I always feel that I create pictures and don’t take them, so those creative decisions are always in my hands. And I see different lens choices as part of that.

10. Do you plan on selling any of your current mirrorless gear? If so, which camera and why?

It’s probably going to be the case that I’ll be working with the A7 and A7r mainly from now on. The image quality is what I’ve been looking for since I stopped shooting film. The fact that they are really good all-round cameras as well is a bonus. I just don’t really have a good reason to use the others any more.

However that’s never stopped me keeping cameras in the past!

11. The new Olympus OM-D E-M1 has touted as the best camera of the year by many photographers. Is it a camera you would consider?

Interesting question. Yes the E-M1 gets a good press, but then so do lots of other cameras. Personally, my camera of the year was the Sony A7r by some distance. No I’ve never considered the E-M1. It has poor video options and no OLED viewfinder, so that immediately rules it out for me.

12. Do you think mirrorless cameras will eventually replace the DSLR as the professional’s primary work system?

I can’t see how they won’t eventually. The advantages are obvious. Smaller, lighter, constant live view, electronic shutter etc. are just some of the things that benefit a professional workflow. The timing of this is however uncertain. Nikon and Canon, for example, offer professional support systems that other companies don’t. I personally don’t need them, but many of my colleagues do. There are also limited lens options for many of the mirrorless systems and that needs to be addressed before a system can be described as truly professional.

The simple answer, I think, is that mirrorless cameras will completely replace DSLR’s in the professional world only when Nikon and Canon get round to making ‘professional’ versions of them. I’m able to pick and choose now how and when I work, but many working professionals are required to cope with a variety of job offers and work situations. They will obviously go with what they know and what they have come to trust. And that has been mostly Canon and Nikon for a long time now. If you need a lens, you can hire one. If you need a fast repair, you can get one. Both companies have long established relationships with professional photographers and dealer networks and though some attempts have been made by other companies to mirror this, these are still lightweight compared to what Canon and Nikon can offer.

Yes, I think a number of professionals will work with mirrorless only now, depending on what they do and if those cameras do what’s required. But it’s going to be a while yet, I believe, before you see those massed ranks of press and sports photographers using Olympus, Panasonic and Sony. However, ultimately I believe it’s all probably going to be decided by how quickly everybody else embraces mirrorless, and if indeed they do. Nikon and Canon need a lot more people than the professional market to buy their DSLR’s to make them viable. And if that ‘enthusiast’ demand for them declines significantly then it seems to me they will have no choice but to stop making DSLR’s. Then of course professionals would have no choice as to what they could use, since making DSLR’s for a professional market only would make them prohibitively expensive. But change happens much slower than we think and I can see the question you pose still being asked in 5 and maybe even 10 years time. Plus some markets, particularly the U.S, still seem less than totally convinced by mirrorless cameras.

Thank you for taking the time to answer our questions, David! 😀