You are here: Home / Interviews / Street Shooting with the OM-D: An Interview with Thomas Leuthard 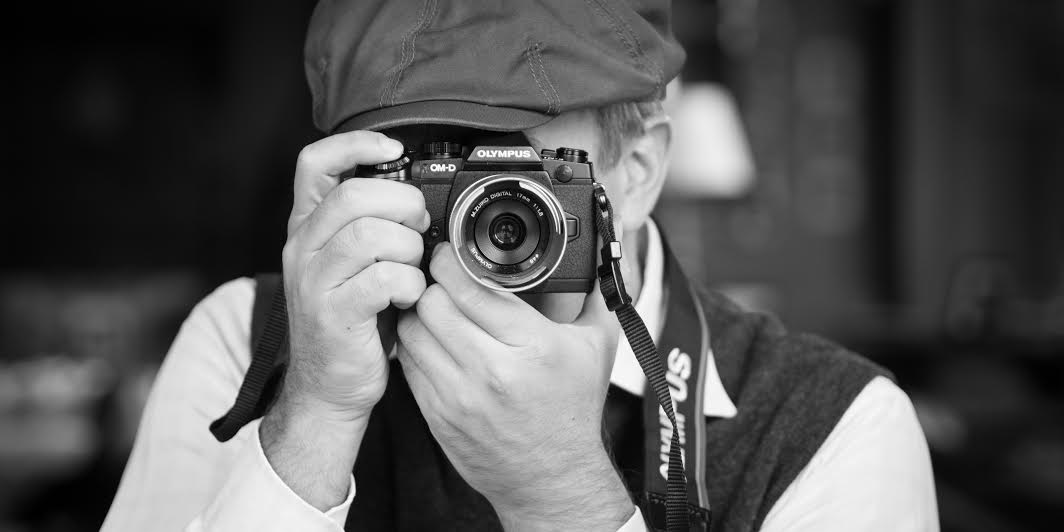 This week’s interview is with Swiss street photographer and Olympus Visionary Thomas Leuthard, whose work and popular e-books have greatly influenced the street genre. His primary camera of choice is the Olympus OM-D E-M5 (and more recently, the E-M1).

Check out his series of free e-books here

All the images contained in this article are copyright of Thomas Leuthard. 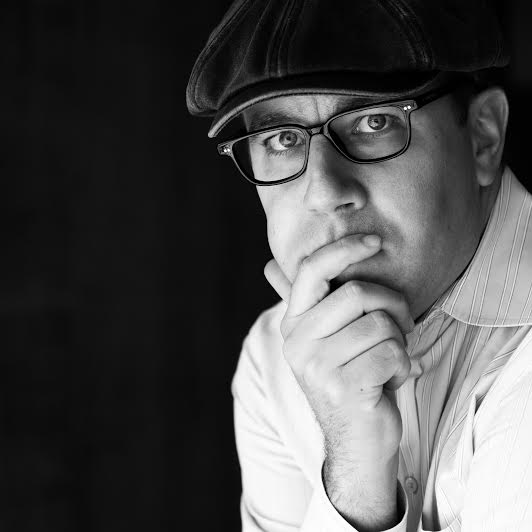 Who is ‘Thomas Leuthard’ in three simple sentences?

Thomas Leuthard is a 42 year old street photographer who lives in the heart of Switzerland. He travels to the big cities of this world in order to witness and document life on the streets. Thomas has a 90% job in IT, working for the local government administration.

What system did you use before switching to the Olympus OM-D E-M5 and why did you decide to make the switch?

I had a Nikon D7000 before I chose a mirrorless camera. My first one was a Lumix GF1 which actually showed me the advantages of such a system. For a bit more than one year I was shooting with both systems. When the OM-D E-M5 came out, I was sure to go for it. The reason for this choice was mainly the size, the tilting screen, the speed of the AF and the look. After I held it in my hands, it was sure that this would be my only camera for the future. After some tests I was selling all my Nikon (DSLR) equipment and also the Lumix camera.

No, there is nothing I miss. The Olympus OM-D E-M5 has everything I need. If I could have a wish, the sensor should be a bit bigger. But I would never complain about it. This camera is the perfect camera for me and my way of photography.

Speaking from a street photographer’s point of view, what would you say are the E-M5’s biggest strengths and weaknesses?

The first and foremost advantage is the size and look of the E-M5. If you approach someone in the streets everybody thinks you are a tourist and therefore they don’t care much about you taking a photo. Another advantage is the fast autofocus which helps doing the job as fast as possible. The tilting screen helps me shooting from the hip and having full control of the camera. Like that, people don’t realise I took their photo.
I cannot think of any disadvantages on the streets. I don’t miss any of the shots and I feel very confident with my tool.

We recently had the pleasure of trying the new E-M10, which is even more compact than the E-M5 with improved dials and buttons. Do you think it is an interesting alternative to the E-M5 for street photographers?

Yes, definitely. I don’t see any missing feature that is really important to shoot on the streets. I would suggest this new camera to everyone who is starting shooting in the streets. Especially the price is interesting and I’m sure you get a good value for it.

For me color is not really an option. I just don’t like it and it often distracts from the main subject. Black & White reduces a photograph to forms, shapes, patters, emotions and the soul.

How do you post-process your black and white images?

I have set my camera to Black & White, but I shoot in RAW. This means that the screen is in B&W but the written files are in color. Like that I always see the result, before I press the button. On the PC I convert the RAW files to B&W in Lightroom. I’m not a big post processor and my goal is always to finish the job within one minute. Most of the times, I succeed with this approach. When I have to work more on a photograph, there is something wrong.

I’ve noticed that your photographs are a mix of silhouettes, partially obscured faces and full portraits. What are your thoughts regarding the legalities surrounding candid people photography?

After shooting more than 5 years on the streets, I was from very close to far away and from backlight to frontlight. Not on all of my shots the people are recognisable, but on many shots they are. I’ve always wanted to show faces and never really cared about the law. I believe that street photography is in someway legitimate, although it is technically against the law. One day a person will sue me and this will be the day, when we all know that street photography is a way of art. I’m waiting for that day already for a long time.

You say you like using short focal lengths on the street. Which is your go-to lens(es) for the Micro Four Thirds system and why?

I use the Olympus Zuiko 17mm f/1.8 for most of my shots. It is small, fast, solid built and has an excellent image quality. Of course any lens around 35mm is perfectly made for street photography.

You once mentioned that you were planning to upgrade to the OM-D E-M1. Have you done so already, and if so, do you think it works as well as the E-M5 as a street camera?

Yes, I have upgraded to the E-M1 which is a great camera for street photography as well. It has some minor advantages over the E-M5, but those are not worth the price. In the end it’s not the camera which makes the shot. I have the advantage that I have a good job which pays my camera and therefore I was able to upgrade.

There are many great compact system cameras out there at the moment. What do you think of the current competition? If Olympus didn’t exist, is there a particular system that would interest you?

The competition is there and it’s big. There are several brands which would be suitable in the streets, but in the end you have to decide and stick to one of them. For me it was Olympus and I’m happy with it. If there were no Olympus, I would definitely go for the newly released Fuji X-T1 which seems to be perfect for street photography.

There will always be people thinking a solid DSLR is better than one of those small black boxes. Maybe one day the mirror will not be needed and we all have full frame in a camera of the size of a cigarette box. There will be a lot of inventions in the next years, although the today’s cameras can do everything we need. In the end it’s the camera builders who dictate the market and most of the people will buy what is being released. As long as it makes sense and is better than the previous models.

Thank you for taking the time to answer our questions, Thomas!

Have a question to ask Thomas about his work as a street photographer or the OM-D E-M5? Leave it in the comments section below!