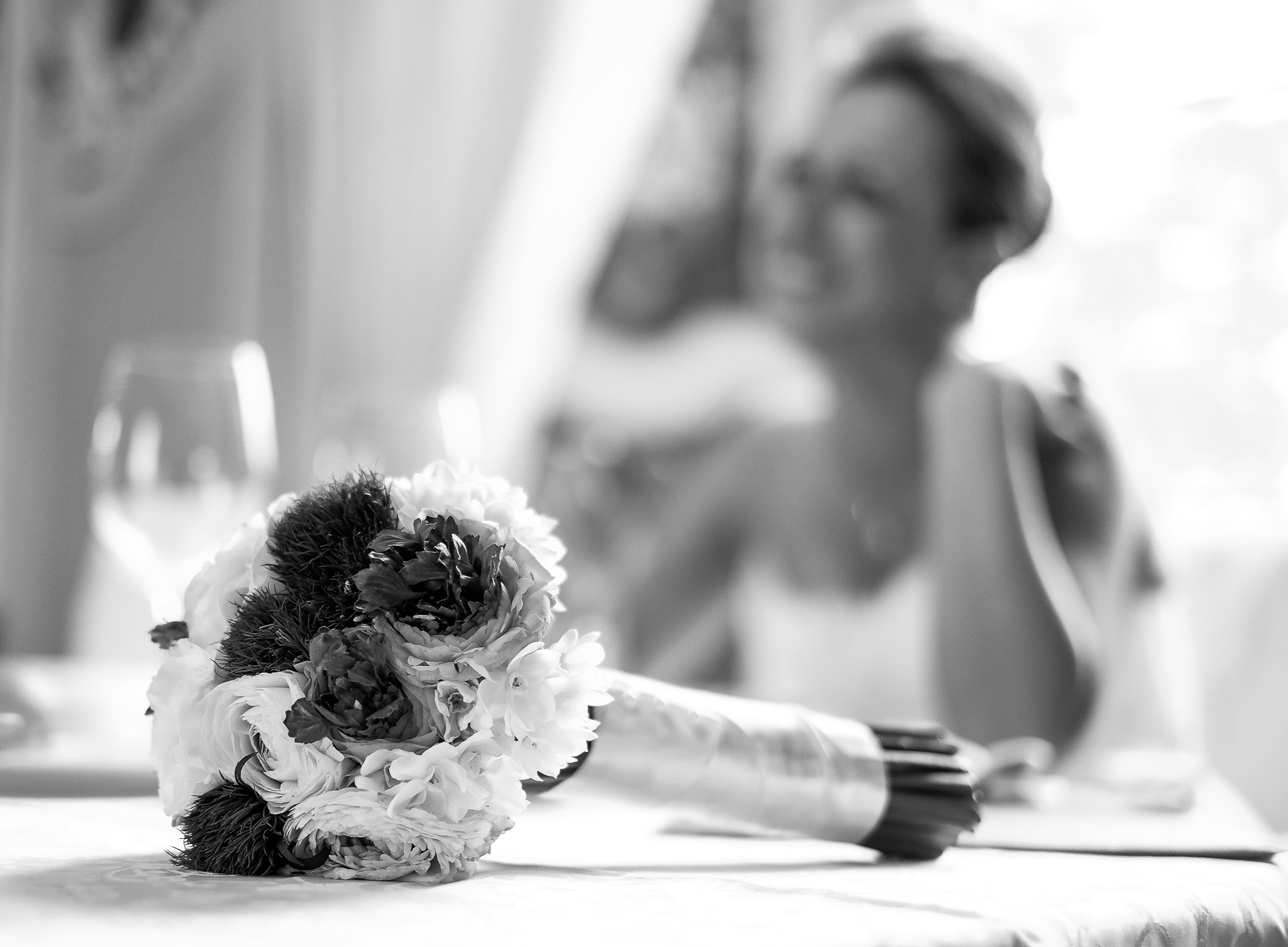 We don’t often have guest posters on our website, but in the case of Italian X-Photographer Max De Martino, we decided to make an exception. 😉

Below we have translated his original article about his experience using the new Fujifilm X-T1 for wedding photography. The fact that he is the first photographer in the world to have used the X-T1 at a wedding and published the results makes the article all the more interesting! While you’ll find the entire translation here, you can head over to his website to see the full collection of X-T1 images from the wedding. You can also see a video slideshow of the images on YouTube, and don’t forget to follow him on Twitter and Facebook!

Max De Martino is an Italian X-Photographer. He has worked in the photography industry for 26 years for important marketing campaigns, and has taken portraits of notable Italian and foreign writers. Several of his photographs have been chosen to illustrate books of important authors, such as Wilbur Smith, and magazines. He works in Italy and abroad and has collaborated with several ONLUS and ONG organisations. He has travelled to more than 27 countries and was the first occidental photographer to hold an exhibition in Iraq, in the Kurdistan area with the exhibition “No Ears”. He is teaches several workshops and is also a Fujifilm ambassador.

The text starting below and all the images are courtesy of Max De Martino. 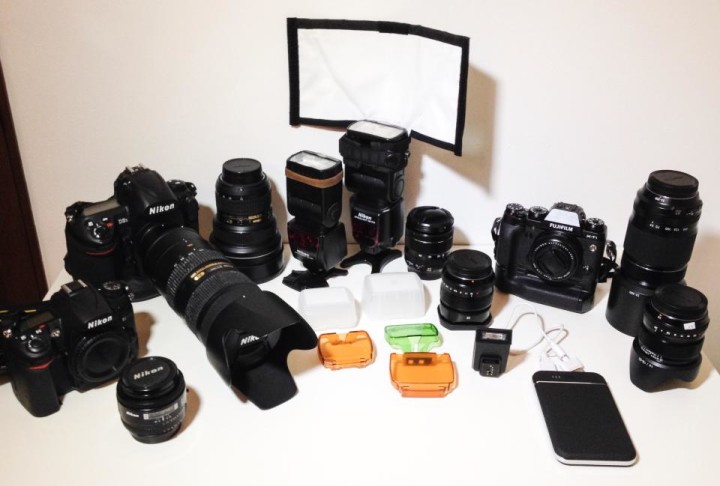 Those who know me know that I am traditionally a Nikon photographer.

There isn’t a particular reason for this: you start with Nikon, or with Canon, and then you move on to the lenses, only to change the camera and keep the lenses, or change the lenses and keep the camera. In any case, after my first Olympus OM30, I bought a Nikon F801s, had a brief digital interlude with a Minolta, moved to the D70s, and finally the real professionals: a D2x and D3, which were stolen from me, and now a D3s. A beast. Robust, strong…and heavy! I tried weighing it this morning: my kitchen scale will only handle up to two kilograms, so I had to weigh the camera, lenses and flash separately. The camera, flash and one fast lens weigh more than three kilograms and a half. Talk about comfort!

I shoot weddings for a living. No posing sessions, just weddings. In other words, events where you leave the house at seven in the morning, and come home (if all goes well) at nine at night. It’s true that you don’t have your camera in hand or around your neck the whole time, but have you ever tried holding a two-litre bottle of water in your hand for a couple of hours? Why don’t you add an extra half-filled bottle to that? This is what holding a Nikon D3s with a 70-200 f/2.8 or a 14-24 f/2.8 with its big old Sb-910 flash is like.

The bag I always bring with me, a robust and spacious Tenba, normally contains two camera bodies (the D3s and D700 plus battery pack), the telephoto and wide-angle lenses mentioned above, a 50mm f/1.4, a fisheye, two flashes with table support, diffusers, a colour filter, a flashbender, a micro softbox for the flash, a remote control, 24 lithium batteries, battery chargers for the lithium/camera batteries, my iPhone and Ipad mini, an external battery with USB port, a Gorillapod, tools and liquids for cleaning the cameras and their sensors, a rain jacket, bug spray, deodorant, tissues, emergency medicine, a needle/thread/pin, shine-absorbing sheets for unorganised brides-to-be, and a few business cards and leaflets.

It doesn’t take much to hit fifteen kilograms: the photo at the beginning of the article only represents part of my kit.

In four days, I will turn 44 years old. I’m almost what you’d call an senior citizen. I no longer have the desire to drag fifteen kilograms worth of bag and equipment around churches and villas.

I don’t feel up to jumping on buses in India or Africa with hand luggage that weighs as much as the large suitcases others take on board, or going out on a simple photographic outing looking like a soldier from the Gulf War.

So, what is a photographer to do? I decided to try using Fujifilm mirrorless cameras. Gianluca Colla, an Italo-Swiss colleague who works for National Geographic and other prestigious clients, told me that the Fuji X100s is a valid camera: robust, compact, and light with a splendid lens and sensor. I trusted him and started out my Fuji journey: it was love at first sight. My X100s came with me to Burkina Faso, Auschwitz, and photographed Morricone and Chernobyl, first with her cousin the X-E1, and then the X-E2.

As luck would have it, Fujifilm Italia liked my photographs and chose me as an X-Photographer – that is, what Canon would call an Ambassador – a professional who tests new products, underlines the defects, and suggests improvements.

I have to say that, aesthetically speaking, I liked the previous models better: the fake pentaprism brought back memories of the world of reflex cameras. I, on the other hand, want a camera people won’t notice. With the X100s and X-E1/2 and their vintage appearance, I’ve often been asked if one could still buy film…

I tried the X-T1 at the press conference: its autofocus is more reactive and it shoots quickly. It has an enormous bright electronic viewfinder and a battery grip for vertical shots. It bodes very well. However, at presentations like this, there is never a really good way to put a camera through the paces: there are too many people and too much noise. I was thinking about my Nikon, how much it weighed and how much it had cost me. I was thinking that it would be useful to try the camera out in the field, my field, that of “unposed” weddings.

And there was the chance: a wonderful winter wedding was set to happen a couple of days later. I get in contact with Fujifilm Italia and ask them if they have a camera for me to try over the weekend. Luck was on my side, as there was one left! I go and pick it up, thanking the weather gods that it wasn’t raining, as I was able to spend the afternoon with the camera and get used to its operation. It proved both fast and compact. Everything is well-thought out: the position of the buttons and dials, the manual selector for ISO and shutter speed, the way it measures light, the burst speed, and the exposure up to three stops.

In the end, I decided to bring it to the wedding. I knew that I could try using the two cameras together, and if it worked well, I could let the X-T1 take over from the D3s which, like me, seemed to have gained weight over the years.

At the wedding, I started shooting the preparation of the bride, all in natural light with my D3s sitting in my bag.

Then I went to the church, and there they split the work between them: 65% Fuji and 35% Nikon. I could have done more with the Fuji, but I felt nervous, not knowing the camera all that well. I couldn’t risk missing the ring exchange or the moment when the happy couple left the church, which (I fear) will remain the job of the Nikon. For everything else, I alternated between the wonderful 14mm, 35mm and 55-200mm.

The focus was fast and perfect, despite the low light of the church. I worked in Auto ISO capped at 3200. I know the sensor and that it copes just fine with no sign of electric noise. The OLED electronic viewfinder allowed me to see the effect of over and underexposing the image even before shooting.

The viewfinder, which is gigantic, has one downside: in full visualisation, if you keep your eye to the left-hand side, there are signs of diffraction which cause the image to appear greener than it actually is. On the right side, this happens much less and the image has more of a pinkish hue. Obviously, this is only a trick of the eye and won’t appear in your shots. It happens in very specific situations, such as when for various reasons (space, angle, etc.) you cannot keep your eye in the centre of the viewfinder. For low or high shots, on the other hand, the large display helps you frame your shot from unusual positions.

After the ceremony, we headed towards Villa Orsini Colonna di Imbersago: a masterpiece of the 18th century restored to its former glory by the Dimore group. The weather wasn’t being cooperative, so instead of a walk out in the open, we decided to take a few shots indoors and under the porticoes. The X-T1 worked very well up to 3200 ISO, without show any signs of yielding to electronic noise…

Soon after, the party came to life and the guests let their hair down. This moment, along with the first dance, is my favourite. Spontaneity and serenity take the place of tension.

Those who do not take real reportage photographs of weddings would already be home by this time. I prefer to remain and take advantage of the opportunity to shoot these moments freely. Stolen moments, expressions and smiles. This is what the party’s all about!

If my work as a wedding photographer ended here, I would have already made the decision to sell my Nikon and go completely Fuji. However, there is still one more important moment: the dance.

In this beautiful villa, you dance in an enormous room under the main building. There you cut the cake and enjoy a marvellous buffet lined with sweets. It is almost completely dark. Fuji has worked very hard on its sensors and lenses. But what happens when there really is no light?

I tend to shoot the dance in an immersive manner, with a wide-angle lens, an on-camera flash, and an off-camera flash with a slow speed to give a tridimensional feel to the moment. I need a TTL flash because the subject is in continuous movement and is almost always enveloped by darkness or lit by the dance floor lights. I can’t use the flash manually as I regularly do in the studio with my Fujis: I need a flash with a powerful AF illuminator because without it, neither the Fuji nor the Nikon will focus. It is a shame that Fuji, despite having created a professional line of cameras, hasn’t developed a TTL flash system worthy of its line-up.

Once this gap has been filled (which for my way of shooting is indispensable), I will be ready to make the switch. Everything else is already at the Pro level.

Finally, I’m going to lose ten kilograms. Not in fat, unfortunately, but from the extra weight in my bag.

Diana and Luca, the couple I photographed, are already in Australia and for a month I won’t see them. However, they did see a preview of the shots on my iPad I took before heading off to bed thanks to the camera’s built-in Wifi. At one in the morning, their preview was already online: the very first wedding shot with the Fuji X-T1! 🙂

To see the complete set of Fuji X-T1 images taken during the wedding, check out Max’s original blog post!