You are here: Home / Interviews / Travelling Down the Rabbit Hole of the Fuji X System: An Interview with Riley Joseph 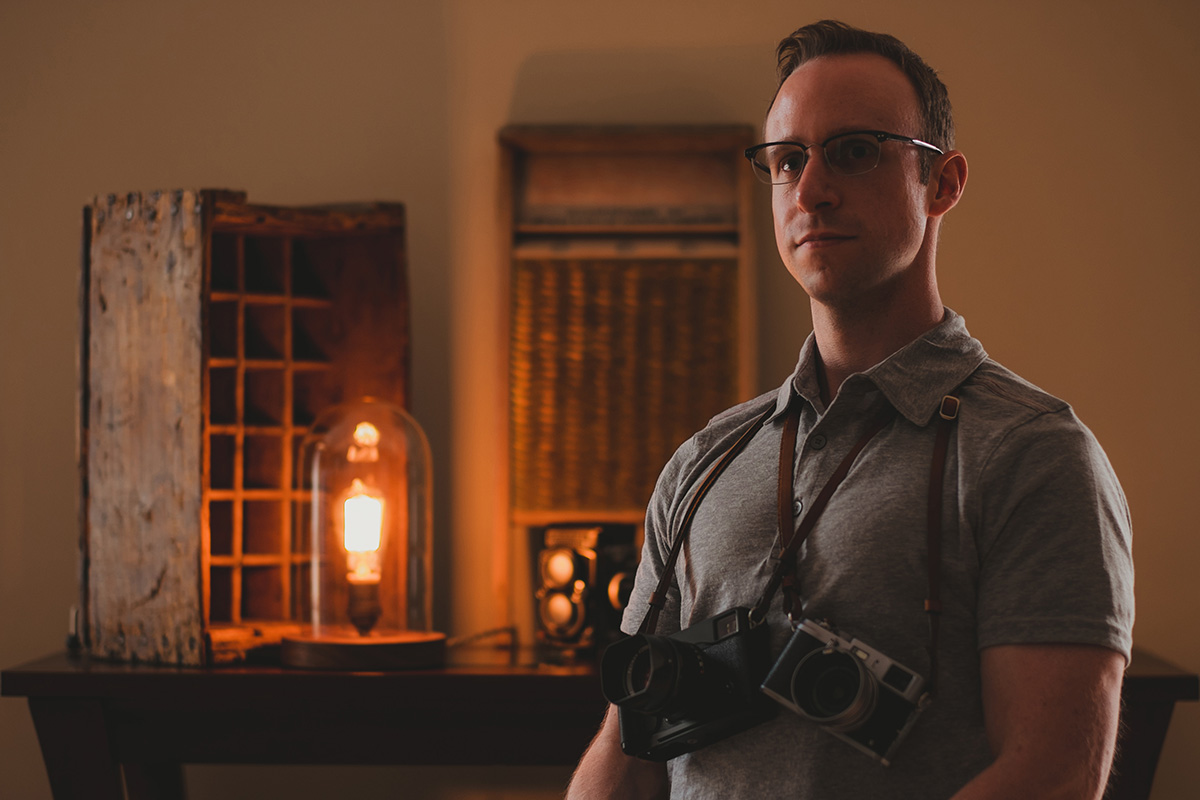 This week’s interview is with X-Photographer Riley Joseph, an environmental portrait photographer who hails from Calgary, Canada. Though his professional work mainly revolves around environmental portraiture, he also has a large body of beautiful street and landscape work. His work has been awarded by the Exposure Photo Festival and has been featured online as well as in print.

All the images contained in this article are property of Riley Joseph.

Who is ‘Riley Joseph’ in three simple sentences?

Riley Joseph is a gentleman & a photographer. In that order. Typically.

Your main field of photography is environmental portraiture. What does this entail? How do you choose your locations?

I connect more to photographs of people in a place. Even if that place is a textured wall or sitting on an old staircase. It adds to the story. I am always location scouting.. usually not on purpose. Wherever I go I look at the light and the location. Even if I am out on a date with my wife (much to her vexation). I will see a location and then set out to find someone to put in that location that completes the story. A backwards way of working.

What system did you use before switching to the Fuji X System and why did you decide to make the switch?

For years before moving to the Fuji X System I was a Canon guy. My most recent setup was a Canon 5D Mark III, 35L, 50L, 17-40L, 24-105L. I had owned a laundry list of different lenses over the years. I loved using the Canon. The reason I sought change was the weight of hauling around that camera with that glass. I wanted to have a full feature system that I could really take anywhere in one bag. But not just one bag, but one bag that did not have to roll on wheels. 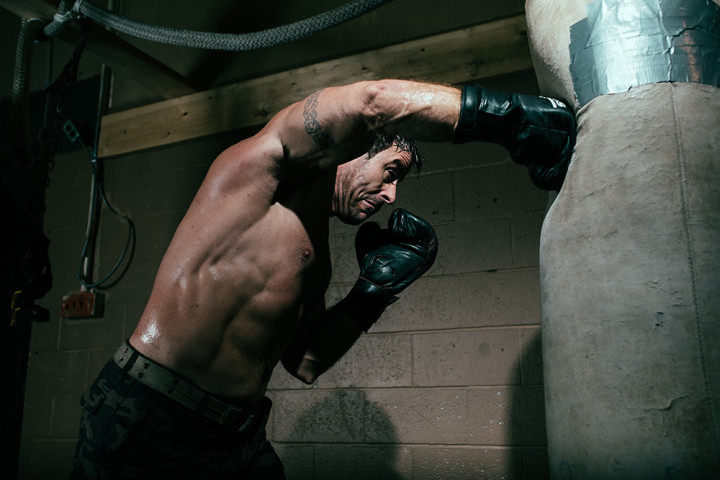 More so when I initially made the big leap and sold my Canon I missed the compression provided by true telephoto lenses and thinner depth of field. That has become less of a worry for me with my style of photography.

Which are your go-to focal lengths for the X-Pro1/X-T1 and why?

I fancy the 35mm (50mm equivalent) focal length. I love the standard field of view. If that lens was somehow stuck on my X-Pro1 or X-T1 I would not seek to have it removed. It would work great for me. I am also quite partial to the 23mm (35mm equivalent). That is really two classic focal lengths that get me by with my shooting.

You own the X100s with its fixed lens and two interchangeable Fuji cameras. To someone just starting out with the Fuji X system who enjoys a 35mm equivalent, would you recommend the X100/s or the 23mm f/1.4 and why?

To someone stepping into the X-system I would recommend the X100(s). It is an excellent go anywhere camera. With an awesome lens, great sensor in a compact & beautiful package. I started my journey with Fuji in 2011 by buying a X100 (And that was when they could barely focus).

But what if you have a X-Pro1, X-E2, X-T1, etc? Do you go for the 23mm 1.4 or buy the X100(s)? That is a tough one. I always go back and forth between selling one of them because there is an obvious overlap by owning both. When I think I should sell the X100s I think of how awesome the leaf shutter is with the high sync speed. When I think of selling the 23mm 1.4 I think of the extra stop of light and how it is easier to carry a single camera body and two lenses instead of two camera bodies.

I doubt I will sell either at this point. For me, the X100s is a carry always, anywhere camera. And the 23mm 1.4 is when I am out there doing a specific job that I want the 35mm (equivalent) field of view. 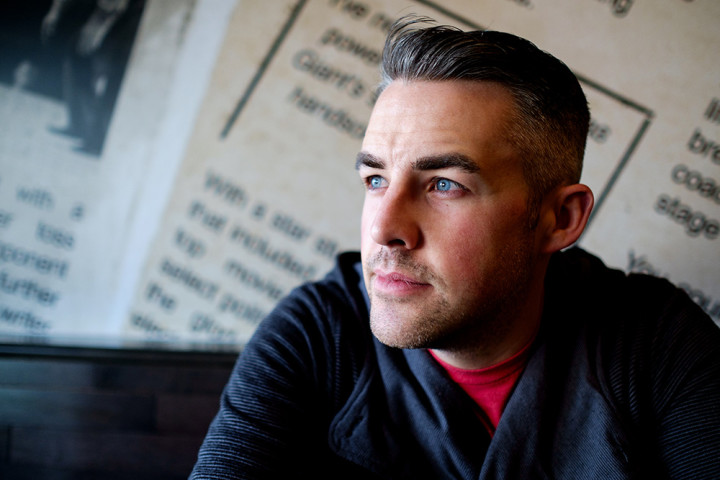 Which accessories do you find the most useful on your X-Pro1/X-T1 and X100s?

For the X100s I highly recommend the filter adapter & lens hood. I do not know how great it is at keeping out stray light but it greatly improves the ergonomics of the camera. Without it there is not much surface area on the compact lens for my left hand to hold.

For the X-Pro1 I have the new Fuji grip which I am really liking. I had the original hand grip but it was terrible. Removing the grip to change the battery or pop out the card aggravated me to no end. I was giddy with excitement when this new one was released.

On both the X-Pro1 & X100s I use Artisan Obscura soft releases. I have lost a few over the last year and I did not hesitate to buy a replacement. I can shoot sharp images at 1/8th of a second while using a soft release. I am a sucker for anything made of wood, brass and/or fine leather.

My X-T1 came with the vertical battery grip for free. If it was not part of a deal I would not of bought it on its own because I never have been keen on battery grips. They add weight and size that I do not like. I have made a few portraits using this grip and I love it. However, it will not be on the X-T1 if I am just roaming or travelling with it. I still prefer being stealthy and light in those situations.

Oh.. and an iPhone for the X-T1 because the remote app is incredible! 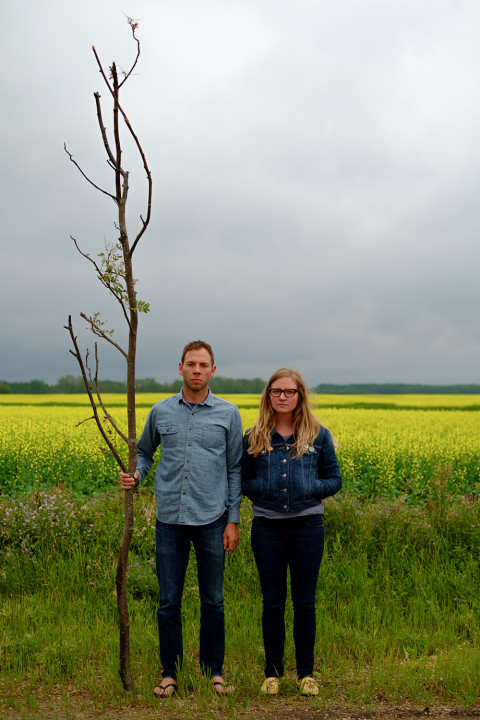 Rumour has it that Fujifilm may be going full frame. What are your thoughts about this potential new system. Would it interest you personally?

I am at the point now that I think everything that Fujifilm is producing interests me to a certain degree. When I made the jump from a Canon 40D to a 5D Mark II I swore to myself that I would never go “down” to a crop sensor again. Well I am way down here with my Fujis & sensor size is not something I readily think about these days.

Above I mentioned that I missed the reduced depth of field & the compression of longer lenses that can only be afforded by the physical size of the sensor. But I do not think I would trade usability for those two things at this point. So it really depends on the overall system whether I would make the jump. I think of it as an old balance scale, and it would take more than a mythical full frame sensor Fuji to raise the pan that my current Fuji system sits in. Although, it would be nice not having to put the equivalent focal length in parentheses when writing about the Fuji lenses.

Fujifilm has managed to create a faithful community of photographers thanks to its dedication to its customers and its willingness to listen to the suggestions made by X Photographers such as yourself. Is there anything you feel that Fujifilm could do better at this point?

It was pretty amazing to me that recommended changes that I (and many other X-Photographers) told Fuji was implemented in firmware and new cameras.

I hope that Fujifilm does not come out with an X-A2 or X-M2 this year. I think the focus should be the line of cameras that they set out to create when the X100 hit the scene. I can understand the need for a lower consumer model but splitting it into X-A1 & X-M1 was strange in my opinion. Otherwise they should go full steam ahead with what they are doing. Listening and creating. 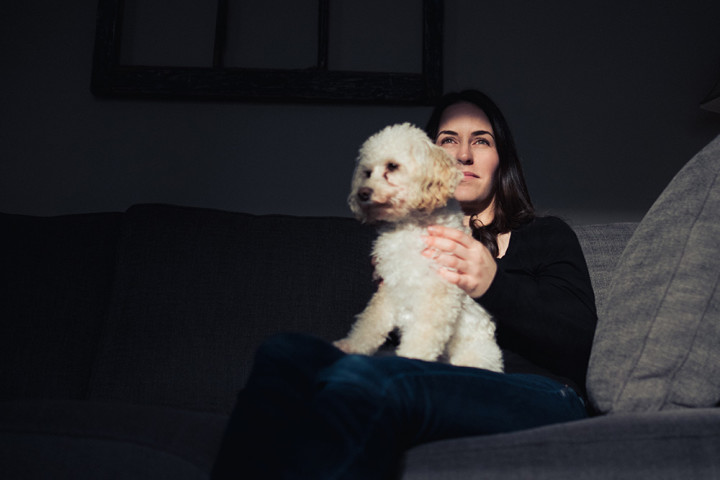 Recently you’ve taken up an interest in film cameras such as the Rolleiflex and Canon AE-1. What role do they play in your photography? When do you choose film over digital?

My interest in film photography really started with wanting to be a part of something that might not exist at some point during my lifetime. That lead to me loving the print.

There will be a whole gap in people’s photographed history that just will not exist because these JPEGS they made were lost in the digital void. Will you be able to open a raw file or a jpg in 100 years? I do not know. But I do know I have a photograph of my Great Grandfather that is 100 years old.

I started my photography with film as a teenager. It was a camera on full auto and I did not appreciate the craft then. Now that I have a handle, I hope, on exposure and composition I can really make some great stuff using film in addition to digital.

Right now I reserve film for personal work.. it is exciting to not know exactly how the photograph will turn out. And getting prints back from a roll of photos that I forgot I took is so fun.

There are many great compact systems out there at the moment. What do you think of the current competition (the OM-D E-M1, the GH4, the Sony A7/A7r and so on)?

For me I did not say “I want a mirrorless compact”. I said “I want that Fuji X100 because it looks amazing”. How superficial. That then lead me down the rabbit hole of the Fuji X-series and I built the system I have now.

The Sony A7/A7r did pique my interest when initially announced. Once I saw the lens line-up and the size of the lenses in comparison to the body I quickly dismissed it and hugged my Fujis.

I cannot see it happening in the immediate future. I can see there being more and more professionals moving over to mirrorless cameras. It is happening. I am not saying that Canon and Nikon better watch themselves. But I have talked with newspaper photographers, wedding photographers, travel photographers and a lot are looking elsewhere than dSLRs. We are in an amazing time of technology and there are more options than ever before. Use a camera that supports you as a creative is the best advice I can give. 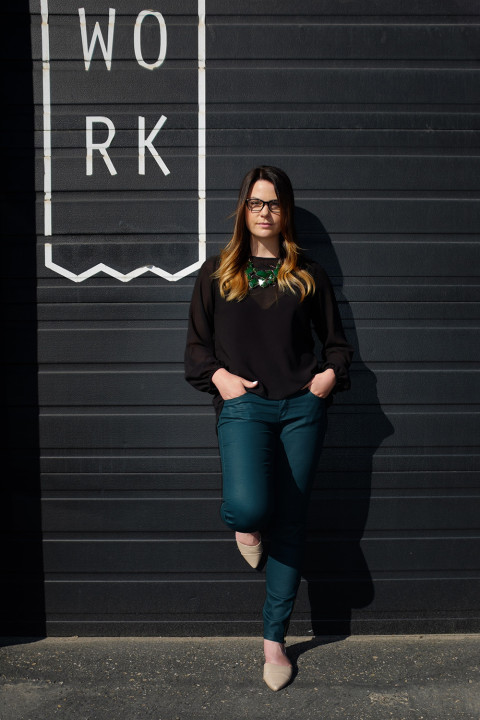 Thank you for taking the time to answer our questions, Riley!

Have a question to ask Riley about his work as an environmental portrait photographer or the Fuji X system? Leave it in the comments section below!