You are here: Home / Accessory Reviews / Turning your smartphone into a helpful photography tool – The Triggertrap Mobile kit review 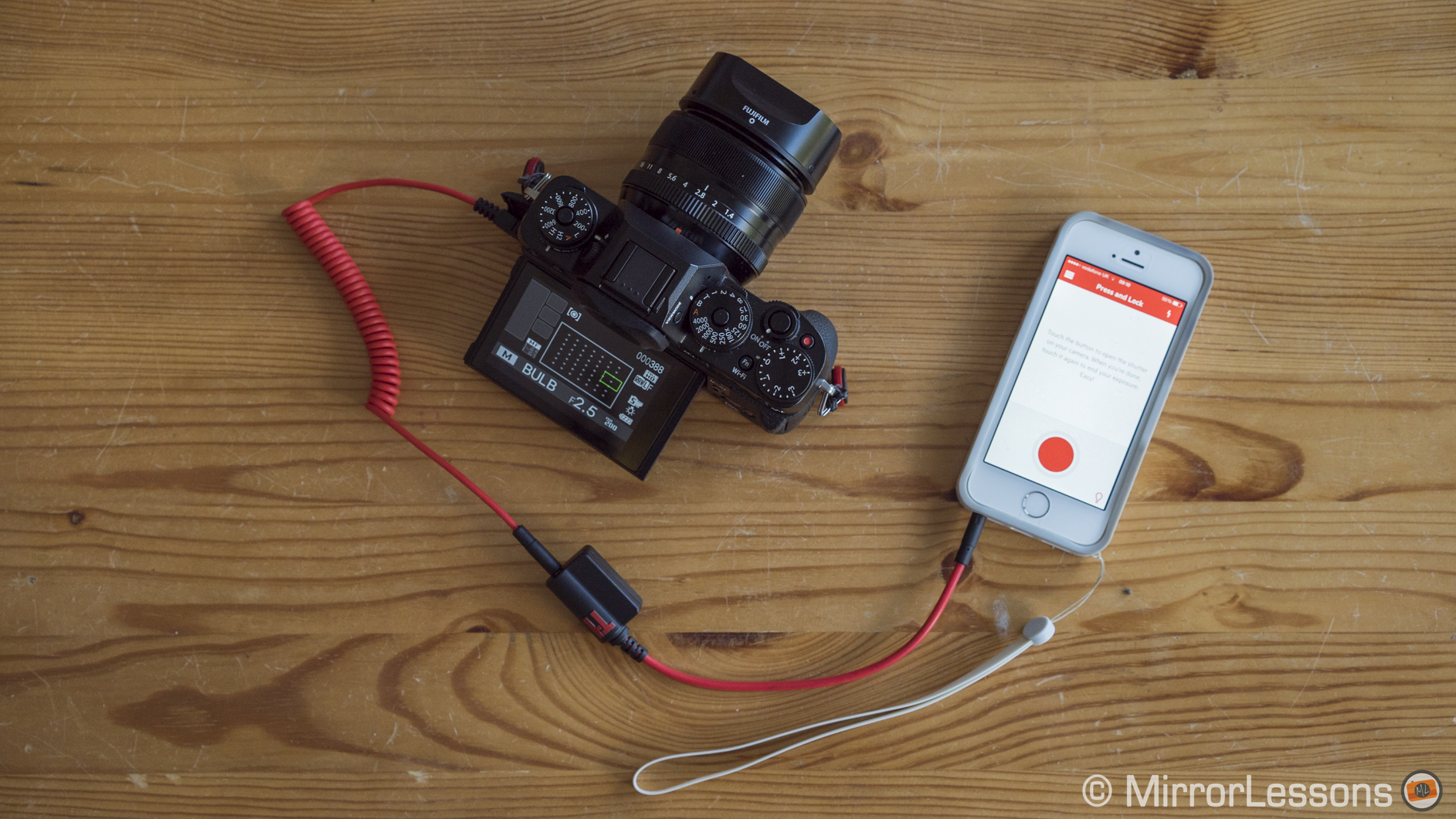 Here at MirrorLessons we like to review accessories that can concretely improve a photographer’s shooting experience. We like accessories that are not only innovative and smart but also simple and effective to use. The Triggertrap Mobile kit is probably one of the best accessories we’ve tried so far, and the good news is that it is also very affordable. In actual fact, it is the cheapest remote controller you can find for your camera, yet it offers many more functionalities than most traditional models out there.

What is it and how does it work? 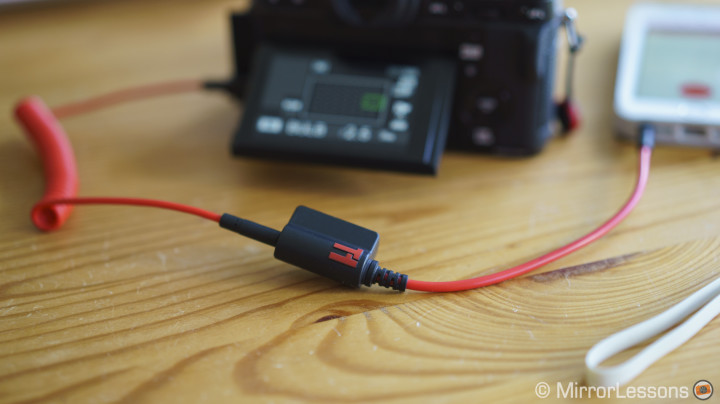 The first thing to know is that the Triggetrap is available for most camera brands. For this test, I received the one compatible with the Fuji X-T1 but you will also find Sony, Olympus, Panasonic, Nikon, and Canon versions. If you are interested in purchasing one, make sure to input the exact camera model on Triggertrap’s website, as the version can differ even within the same brand. For example, mine is Triggertrap Mobile Kit MD3-R9, which is not compatible with the X-E1 or X-E2 (you will need the MD3-E3 instead).

Then, you download the free Triggertrap app from the Apple or Google play store and you are ready to control the camera with your phone without the need of a wireless connection between the two devices.

The Triggertrap offers many functions from the simple cable release to advanced time-lapse and star trail modes. Below you can see the different screenshots from the app that shows exactly what you can do with it:

But that’s not all. The app also offers a Wi-Fi slave mode that allows you to remote trigger another Triggertrap mobile device. There are also some nice tools like an ND calculator and Solar calculator (sunrise and sunset times).

Battery life, or why remote controlling with wires is better than Wifi

One of the first things worth talking about is that this system relies on a mobile device to work, which is likely to be the smartphone you use every day to call, message, email and network. The first test I did was pretty simple: I put the X-T1 on a tripod at home, set the Triggertrap to time-lapse mode and let it run until the 64GB SD card was full, which is an equivalent of approx. 1500 shots in RAW format. My iPhone 5s (that consumes lots of battery power) went down from 100% to 86%. Then, in a real life shoot for a star trail picture, the camera took 500 shots in 2 hours and a half: the battery was down from 82% to 46%. In the winter, it will certainly drain more quickly. 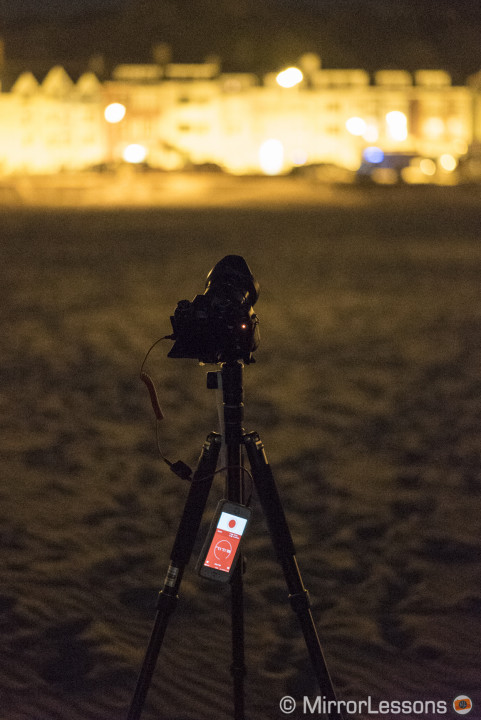 So, the system works but you have to realise that if you go out one night looking for star trail pictures and you forget to recharge your phone first, you might have to interrupt your shooting. It may seem like an obvious point, but how many times have we ended up with a dead smartphone just because we didn’t remember to recharge it? An iPhone 5s can be down to 0% before the end of the day if you use it intensively, especially with continuous notifications. This is why when I use the Triggertrap, I deactivate any sort of incoming connection except the main phone line. I disable 3g, Wifi, bluetooth and keep the screen brightness to a minimum. This ensures more battery life because the Triggertrap app doesn’t consume a lot of power. By the way, if you receive an incoming call, the app will stop the task it’s performing.

The Triggertrap solution is more interesting than using the official Fujifilm app (or any of the equivalents from any other brand) as it relies on a Wifi connection instead, and drains battery power more quickly not only from the camera but also from the smartphone (though it is true that the Fuji app gives you a live preview on-screen and allows you to change settings such as aperture or shutter speed.) Since the Triggertrap doesn’t allow you to change any settings, you will have to operate the camera directly (like for most of the standard remote control accessories).

Of course it won’t beat a standard remote controller that has a simple shutter button and a few other features, with standard AA alkaline batteries capable of lasting many days or weeks (depending on how frequently you use it). But the Triggertrap is different because it relies on a mobile app that can be frequently updated, adding more functionalities.

In the field: time-lapse, start trails and long exposures 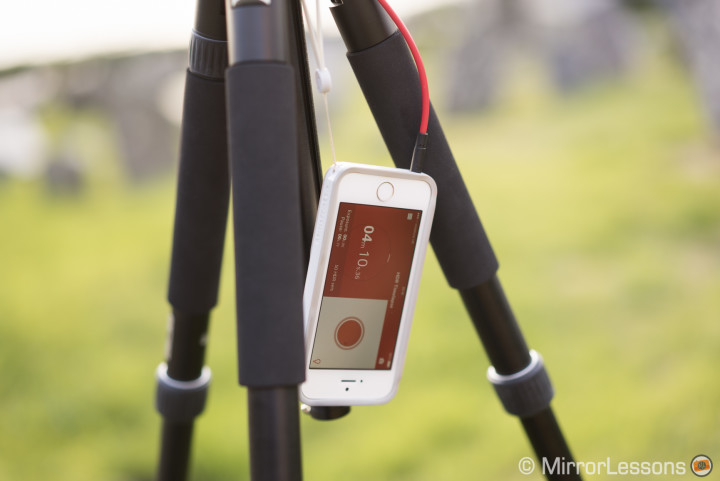 The main reason you want to buy a remote controller for your camera is for long exposure shots that go beyond the 30s or 60s limit the camera usually has. After that you have to use the Bulb function but most cameras require you to press and hold the shutter button, which can be annoying if you want a 10 minute exposure!

The Triggertrap gives you the ability to take long exposures in different way. You can tap once to open the shutter and tap a second time to close it. You can set a timer if you want a precise duration. This is perhaps one of the best functions with such an accessory. Below there are a few examples where I set the timer to 10 and 12 minutes.

The X-T1 has a built-in intervalometer but this doesn’t necessarily mean that other cameras will have one (The Sony A7s doesn’t, for example). Also, the Triggertrap adds some extra options like for example the Timewarp function that will change the intervals between each shot to slow down or speed up the passage of time. You can do this manually as well but I was curious to test the app’s efficiency, precision and stability. The result? It works well, really well. Below I’ve posted a 4k video compilation of a simple time-lapse I took during different moments.

I also used the same night footage you see at the end of the video to create this star trail picture below. Another nice thing about the app is that it displays useful information like for example the number of shots and the time remaining during the start trail shoot.

I haven’t tried all the trigger possibilities the app can offer, but I must say that almost all of them worked including the motion sensor and sound sensor function.

There are some functions that are more limited with the X-T1 like the HDR, HDR time-lapse functions and Bramping. Basically the X-T1 won’t take exposures faster than 1 second even if you set a faster shutter speed on the Triggertrap app. With the HDR function, it works as long as your fastest exposure isn’t less than one second (meaning that you must set your middle exposure to 2 seconds for example). To work properly, the volume of the smartphone need to be at the maximum, and the app also gives you the option to set a sensor delay time, sensor reset delay and pulse length. Triggertrap suggested some adjustments but it didn’t fix the problem. Apparently it is related to the camera being a little too slow. So with the X-T1, there are some limitations for functions that require you to be in Bulb mode with fast continuos shooting. 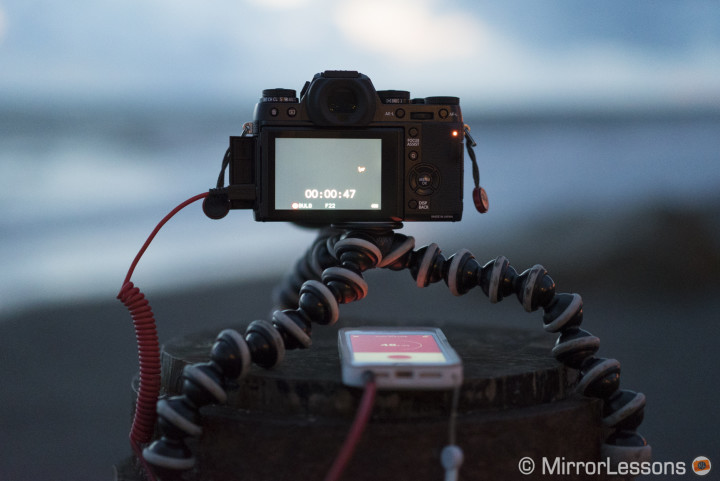 For its price, the Triggertrap Mobile kit is absolutely worth trying. It is cleverly designed and very simple to use. All trigger functions are easily configurable and the app also provides useful information before and during the shoot. With the X-T1, it didn’t pass the test completely as some functions that require fast continuous shooting didn’t work with a faster shutter speed than 1 second. But that is specifically related to this model and should work fine with other cameras.

The only limit of such as system is your smartphone’s battery life. Make sure to have it fully charged for long hours of shooting, and disable all internet features to conserve the battery life.

What I don’t like about the Triggertrap Mobile kit: