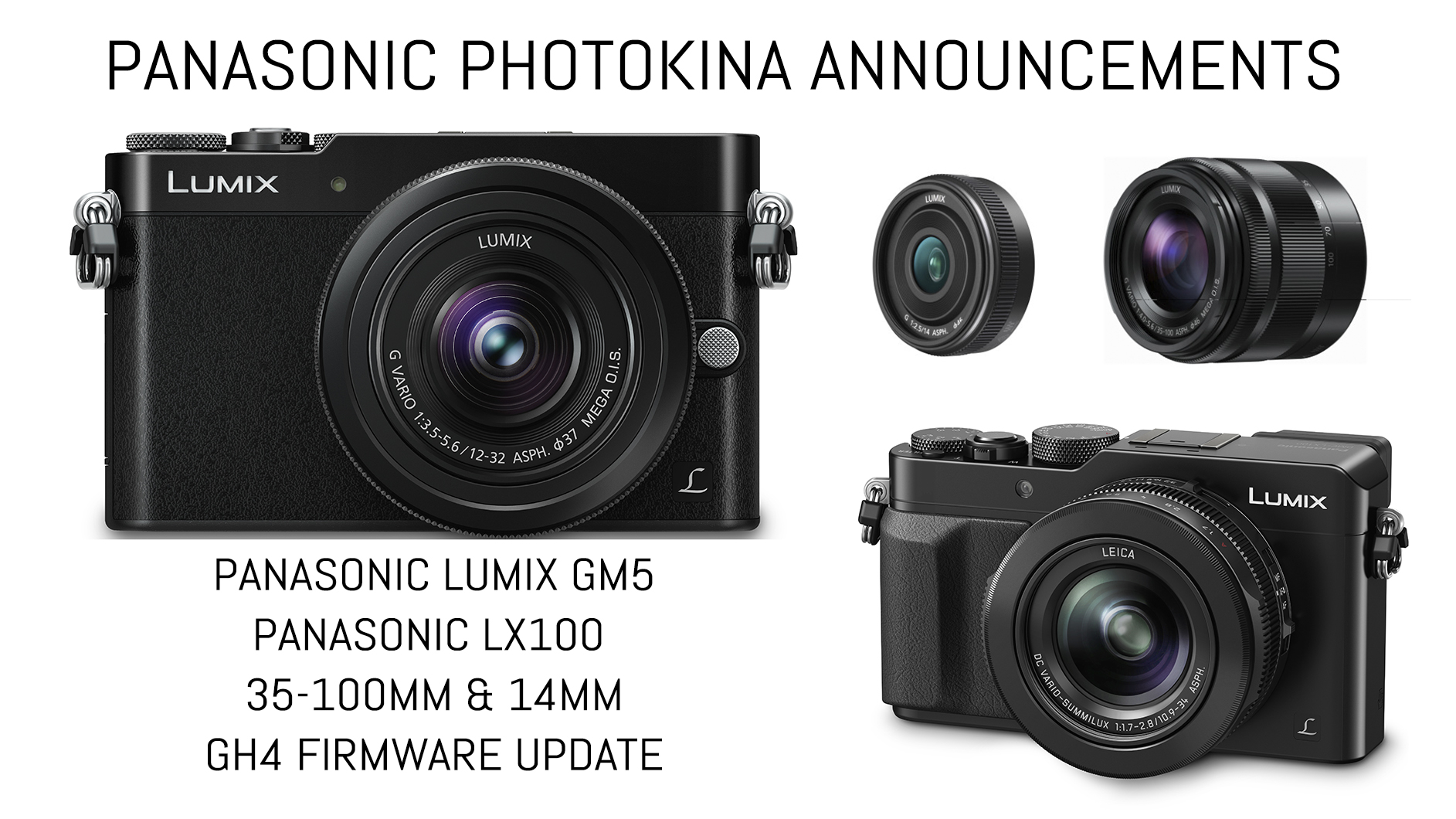 It appears that Panasonic is determined to ‘wow’ photographers at this year’s Photokina with a broad range of offerings, from two innovative cameras and two new lenses, to a firmware update for its flagship, the GH4.

Though we haven’t had the chance to see any of these new products yet, you can be sure that we will check them out during our time at Photokina and share our first impressions with you. In the meantime, be sure to have a look at what we can expect to see from these cameras and lenses below! 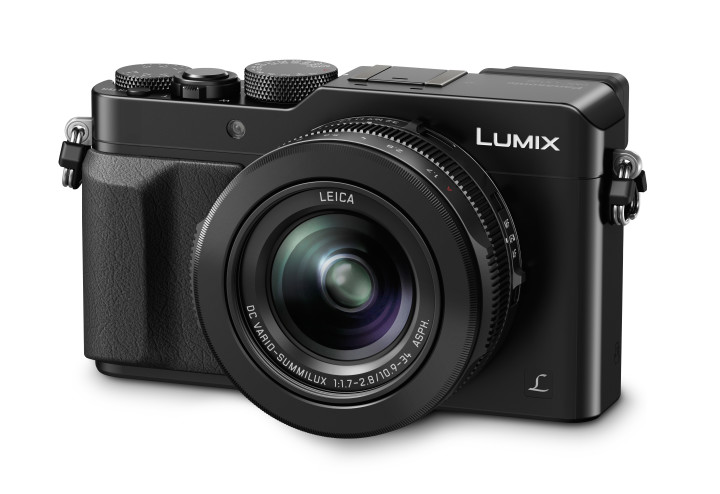 The Panasonic LX100 is a direct competitor for the ever-growing troupe of large sensor compact cameras such as the Fujifilm X100T or Ricoh GR. From its 12MP Micro Four Thirds sensor to its built-in EVF, it is basically a GX7 with a fixed Leica-branded 24-75mm f/1.7-2.8 Power OIS zoom lens.

Its newly developed Venus Engine features a quad-core CPU, which makes 4K video recording possible, just like on the GH4. The Venus Engine also has multiple noise reduction systems such as Multi Process NR, Random Filter and Aperture Filter, allowing for clean and natural-looking images even in low light.

As with the GX7, the LX100 has an integrated Live View Finder (LVF) that sits in the upper-left hand corner in the traditional rangefinder style. It has 2764K-dot equivalent high resolution, making composing and framing easy in any light conditions. However, unlike the GX7, it does not have a tilting feature.

Along with the excellent viewfinder, you also have Light Speed Auto Focus (AF) and Low Light AF, which works in -3EV light situations. From its high speed burst shooting at 11 fps in full resolution to its short release time lag and quick start-up time, the LX100 is a very complete camera as far as speed and accuracy is concerned.

Finally, the LX100 has a series of new focus options such as Full AF area, and a focus detect area with 49 zones.

Though we haven’t held or seen the camera in person, it appears to have a very attractive design with a slew of manual controls including dedicated physical rings and dials such as an aperture ring, a control ring, a shutter speed dial and an exposure compensation dial.

Mathieu and I have always been big fans of high-end compact cameras, so we are very curious to see just how much we like the LX100 in comparison to the other premium compacts on the market!

It seems like only yesterday that the tiny GM1 burst onto the scene, taking the title of the smallest Micro Four Thirds camera on the market. Now, just under a year later we see its successor, the Lumix GM5, an equally minute camera with a few extra perks that will make professional users quite happy.

First of all, we have the miniature 1165k dot Live View Finder (LVF) with 100% field of view, giving the GM5 the prize for the smallest MILC with an EVF. It is surprising that Panasonic was able to fit a viewfinder onto such a diminuitive body, but its presence will definitely make it a more appealing option for professionals, most of whom are used to having a viewfinder of some sort on their camera.

Second, we have a hot shoe, which makes flash photography a possibly. Why someone would be bothered about using an external flash with what is essentially a snapshot and street camera like the GM5 is beyond me, but the option is there for those interested.

An interesting aspect of the GM5 is the touchpad function it has inherited from the GX7 and the GH4. In short, you can use the touchscreen to choose your autofocus point while looking through the viewfinder. On the GH4, this function is a bit of an annoyance as the central position of the viewfinder results in your nose touching the screen and inadvertently changing the AF point, but it should work better on a smaller camera like the GM5, which has a viewfinder placed on the left-hand side rather than in the middle (like the GX7).

For the video shooters out there, rest assured that the GM5 is up to the task–it features smooth full-HD 1,920 x 1,080 60p / 50p video recording in AVCHD Progressive and MP4 with stereo sound. You also get a snap movie mode, which allows you to create a short show reel of moving photos.

There are also a number of focusing options on the GM5 such as Light Speed AF, Low Light AF, Face Detection AF and Pinpoint AF. Unfortunately, the continuous shooting speed at full resolution is only 5 fps.

Amongst the other appealing features you’ll find on the GM5 are a 1/16000 fast shutter speed, Focus Peaking, Silent Mode, Highlight/Shadow Control and Level Gauge. It comes in either black or red.

The former has been designed with a metallic profile and its retractable structure, making it compact and easy to carry around. The latter is an updated version of the previous 14mm, and now comes in either black or silver.

The purpose of the Lumix GH4 firmware update is to enhance the performance and controllability of the camera. The most important update is the new 4K Photo Mode, which encourages users to capture high resolution 4K photos by cropping out a designated frame from a 4K video. Whether you use 4:3, 3:2 16:9 or even 1:1 aspect, you can obtain a still image from your footage with 8-megapixel equivalent resolution.

Furthermore, 4K video can be recorded continuously with Loop Rec function which keeps on saving 5 newest 2-minute video files before you press record.

Other updates include 4K video recording in 23.98p (MP4, AAC) and enhancement of controllability over ISO setting or light amount of flash emission. Connectivity with external equipment has also been extended, such as remote camera control via USB tethering.