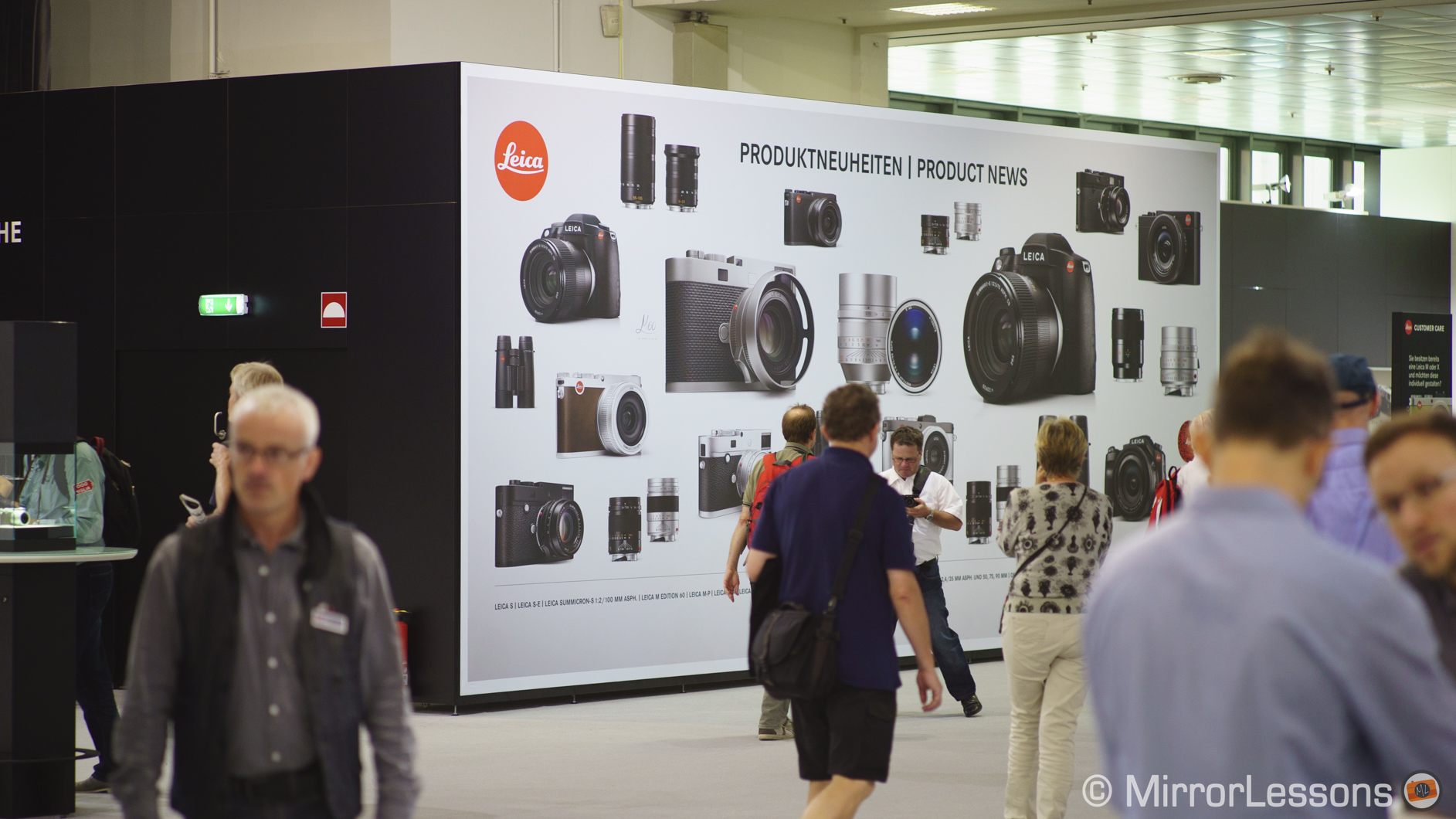 The fourth instalment in our series of interviews at Photokina 2014 was with Rachel Barker, head of PR at Leica UK. We asked her a number of questions about the new Leica M-A, M-60, T and X series, while touching upon topics such as film, using Leica lenses with Sony cameras, and more. We hope you enjoy her answers!

MirrorLessons: Leica is celebrating its anniversary with two new models that put a focus on essential settings and nothing else. It is a unique approach to celebrate so many years by simplifying the technology. Do the Leica M-A and M-60 represent what Leica photographers want more than anything else from their cameras?

R. Barker: I think that’s a really good question. The process behind the M-A and the M-60 is really about simplifying everything. It’s about the essence of photography so it’s looking at simplifying all the functionalities and allowing the photographer to focus on what’s important, and what is important is taking the photo. They’re not bothered by all the extra functions, dials and menus. They’re really focusing on the essentials of photography–shutter speed, aperture, focussing, taking the picture and capturing the decisive moment.

MirrorLessons: Is that something Leica photographers had requested?

R. Barker: Yes, obviously I believe that Leica do respond to our audience base and I think that you’ll find in a Leica photographer that their main aim is to create the best picture possible and I think that’s why people choose to use Leica, because of the quality of the lenses and the way you use the camera brings you close to that photograph. You’re actually part of that creative process.

MirrorLessons: Film seems to have become an even smaller niche in today’s era where everything focuses on digital products and content. Do you think that film will still survive?

R. Barker: Yes, I hope so. We’ve just released the M-A which is a purely analog camera, so we’re still producing analog cameras and it’s still very much part of our business. People are still buying them so there is still a need for them. Again, it goes back to the basics and the essence of photography. You’re back to the old school way of using film, not knowing what the picture’s going to look like before you get it back. That’s a very big part of what we’re doing as well.

MirrorLessons: How has the feedback and customers’ reaction been toward the Leica T so far?

R. Barker: So far, the reaction has been really good. Obviously it’s quite different to some of our other products with its touch screen and Wifi technology and it’s milled from a solid block of aluminium. It’s quite a different and unique product. The reaction of people who have used it and handled it is that they then go on to love it. What’s also interesting about the Leica T is that it opens us up to a wider audience, so whereas perhaps with the M system we’re speaking to photographers who know and understand a digital rangefinder, with the T it enables enthusiasts to come in and easily use it. It’s intuitive and really easy to use, so they can get started straight away taking pictures. I think it lends itself to a wider group of people.

MirrorLessons: So people interested in the Leica T are not M users but rather new users?

R. Barker: I think it’s both. There are M users who do also use the T because you can use M lenses on the T system. But I think what’s exciting is that it goes beyond that into new groups of people, creative people, who are looking for a really good quality camera to use in their everyday life. However they’re also interested in how it’s been made, the quality, the craftsmanship, and that’s what brought them into Leica.

MirrorLessons: Leica puts a lot of effort into the design of its cameras. How important is it for a photographer to work with a truly beautiful camera?

R. Barker: I think that’s an interesting question. Our cameras are very beautiful but I think it’s design and function first. It’s all about looking at how it works from a functional point of view. The fact that it looks beautiful is a kind of bonus. For photographers, what’s most important is that they can have a reliable camera, and something that produces the image quality they expect. That’s what Leica offers.

MirrorLessons: The Leica M-E is a slightly cheaper model within the M system. Why doesn’t Leica embrace this concept further and offer a true entry level M camera at half the price? Wouldn’t it be a way of drawing more new photographers to the M system?

R. Barker: With the M system, obviously, the price point is reflective of the manufacturing process, the amount of work that goes into it. It’s handcrafted in Germany so it really is a product in which a lot of craftsmanship and time is involved. But it’s also something you will buy that will last you hopefully for the rest of your life. People buy them and they keep them forever, and they get passed down through the generations. So, for us, there wouldn’t be a way we could do all that for a lower price point. However there are ways photographers can come into Leica. For instance, they can start using the compact range or a second-hand M system. Some of our dealers in the UK stock second-hand Leica Ms so there are ways to sneak in there. We’ve actually just started doing M Part Exchange in Leica Store Mayfair so if you are an M owner you can exchange it with a new M which sometimes helps to progress up to the next model.

MirrorLessons: How is the X series doing? Are sales better in Europe or elsewhere?

R. Barker: The X series is a hugely popular camera. I guess it’s one of our best sellers. The new X is going to be really popular because it’s an incredible compact camera. The quality of the lens, the size of the sensor. The X series in general is doing well very.

MirrorLessons: Since the release of the first full-frame mirrorless cameras like the Sony system, a lot of people have enjoyed using these cameras with Leica lenses. What do you think about that?

R. Barker: It’s a good thing really. It shows that people are passionate about our lenses, so I guess that could only be a good thing.