You are here: Home / Best Of / Which are the smallest mirrorless cameras in the world today? 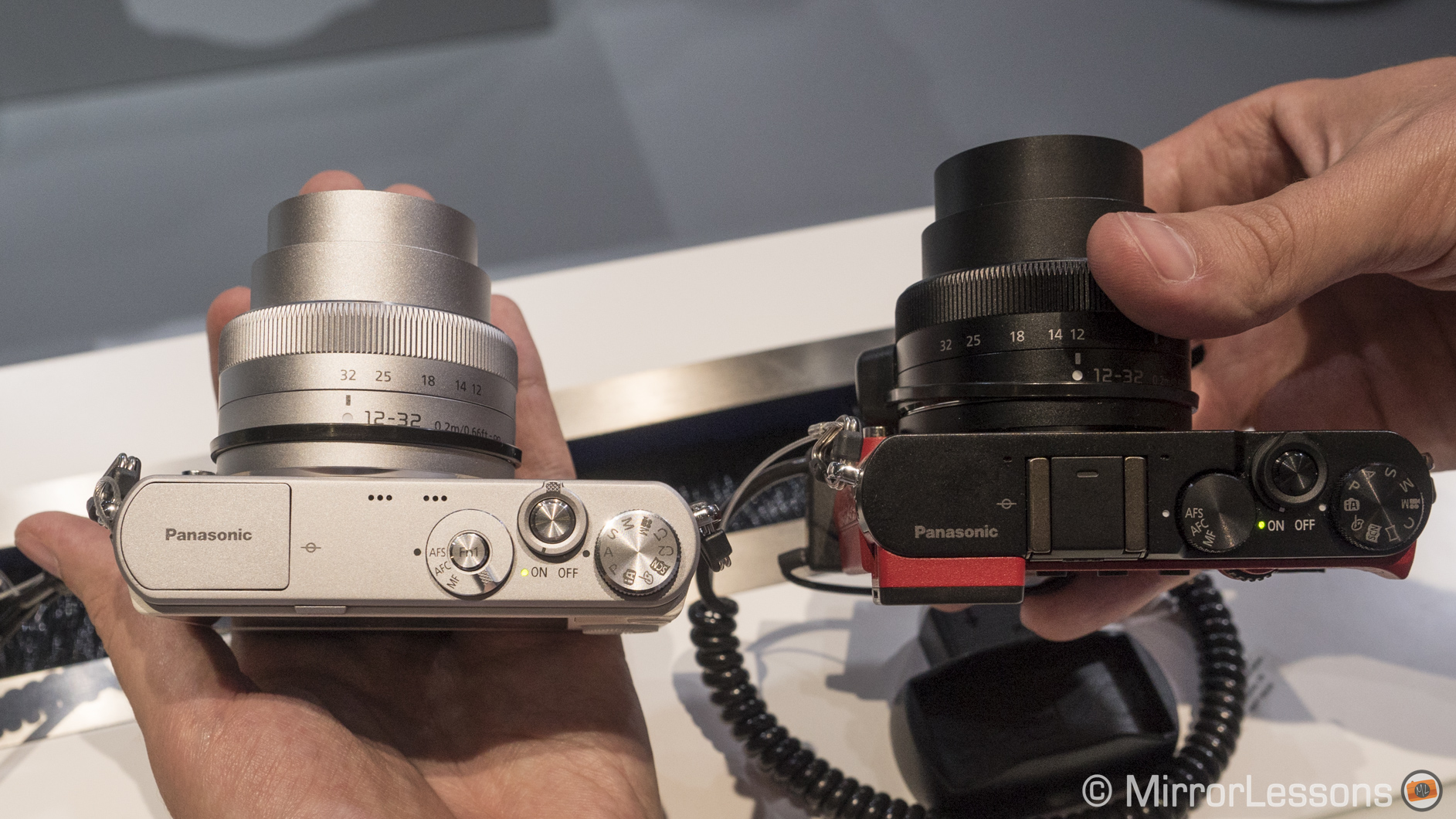 The other day, I was sitting in the living room with my mum over the usual cup of tea. The conversation had jumped from my life in Italy to gardening to travel, when it finally took a turn towards the inevitable, photography. For years she has used my old Olympus waterproof compact for everything from landscape to plant and wildlife photography, and though it takes reasonable pictures in daylight, it suffers in more challenging conditions. Knowing that she wanted to take better pictures, I recently gave her my Nikon D3000 (an old camera by digital standards but still miles better than her low-end compact) but she’s only ever taken it out once.

At first I couldn’t understand why–after all the D3000 is hardly a large camera as DSLRs go–but compared to the tiny Olympus, I realise now that it must have felt like a literal millstone around her neck.

People like my mum often find themselves in a predicament. They enjoy photography, and are even willing to invest the money in a good camera and a set of lenses, but aren’t drawn to the idea of carrying around a camera that won’t comfortably fit inside a handbag or jacket pocket.

Thankfully, small mirrorless cameras have really opened up a series of doors for this kind of photographer. The models you’ll find on this list are no larger than your average smartphone but can deliver image quality and performance that far surpasses that of a low-end compact camera. Some have an interchangeable mount, meaning that you can switch between lenses, whereas others have a fixed zoom.

Note: Mirrorless is quite a vague term as it refers to the absence rather than the presence of something. Taken literally, it can mean any device that takes a photo and lacks a mirror, but the actual meaning as we interpret it here is more complex. You can find a full definition of what we consider “mirrorless” here.

The Lumix GM1 was released in October 2013, and soon claimed the title of the smallest interchangeable lens camera on the market despite having the same 16MP Micro Four Thirds sensor as the Lumix GX7. The camera boasts a number of advanced features including a speedy AF, 10 fps in burst mode when using the electronic shutter, a 3-inch touch LCD, focus peaking, a tiny built-in flash, an electronic shutter of 1/16000 of a second, a silent shutter mode, and Wifi but left some feeling cold due to the lack of an electronic viewfinder, hot shoe and NFC.

This was remedied with the 2014 announcement of the GM5, the successor to the GM1. With the announcement, a new title was claimed: the smallest interchangeable lens camera to feature a viewfinder. Panasonic basically added everything the original lacked, such as a tiny EVF and a hot shoe for an external flash, but also went the extra mile by adding a few extras such as panorama mode, manual creative mode, and improved AF/burst performance.

All things considered, both miniature GM models are great cameras. Given that they share the same sensor, they produce the same results in terms of image quality. The GM5 is a little more expensive than its predecessor but it brings the advantage of a viewfinder and hot shoe, and this could be the deal breaker for many when deciding between the two.

The Samsung NX Mini is the smallest mirrorless camera in the NX line-up and the slimmest mirrorless on the market, featuring a 20MP 1-inch sensor, dedicated selfie mode with 3-inch tilt LCD that flips up 180 degrees, and Wifi. It is interchangeable like the GM1 and GM5, but due to it having a new mount, it currently only has three lenses at its disposition, the 9mm f/3.5 and 9-27mm f/3.5-5.6 and 17mm f/1.8. (In contrast, Lumix owners have the entire MFT lens line-up to choose from.) It includes additional features such as 10 fps in burst mode when shooting JPGs, fairly good low light performance and 1080p30 video recording in MP4 format, and is also quite a bit cheaper than most of its competitors. It is clear that this is a camera that has been built for two things: portability and simple image sharing, and it does both very well.

The rangefinder-styled Pentax Q line-up has been around almost since the beginning of the mirrorless movement, with the birth of the first Q in June 2011. The Q and Q10 used a 1/2.3″ CMOS sensor whereas the Q7 and Q-S1 were given a slightly larger sensor at 1/1.7″. What they all share is a very compact and colourful interchangeable body in the rangefinder style. In fact, the Q7 gives you over 100 different colours to choose from, putting all other monochromatic mirrorless cameras to shame.

Unlike the other cameras mentioned here, the Q series offers a special bokeh function that gives users additional control over depth of field effects as a way of overcoming the limits of the smaller sensor. It also includes sensor-shift image stabilisation technology for slow shutter speeds and telephoto shooting.

So far, eight lenses have been released for the tiny system, including a standard prime and zoom, a fisheye, two toy lenses, a telephoto and wide zoom, and a mount shield lens.

The RX100 series from Sony has seen huge success for its compact pocketable build and 20MP 1-inch sensor, which is quite large for a fixed lens compact camera of this size. In fact, the original model was named one of the Best Inventions of 2012 by Time magazine. While the three bodies are almost indistinguishable in appearance, the original and Mk II versions feature a different focal range to the Mk III, which has a very bright 24-70mm f/1.8-2.8 zoom. The third version also includes a new Bionz X processor, and most importantly, a built-in pop-up EVF. Other features on the latest Mk III version include Wifi/NFC, a tilting screen, very good low-light performance, and excellent video quality with full-sensor video capture, zebra striping, and clean HDMI output. Due to the presence of the EVF, the flash has been moved to the centre where the hot-shoe used to be on the first two versions.

The PowerShot G7X is a very recent release, having made its first appearance at Photokina in September 2014. It is a direct competitor for the RX100 III and is about the same size. Other similarities include a 20MP 1-inch sensor, fast AF performance, a built-in ND filter, many external controls and Wifi/NFC, but it also packs a few original features of its own such as a 180 degree tilt/touch screen, a bright 24-100mm f/1.8-2.8 zoom, a star trail mode, and more. However, it does not have an electronic viewfinder or hot shoe, which might bother some users. The G7X is Canon’s first concerted effort to compete on the premium compact market, and we have to say that it has done a pretty fine job.

The tiny XQ1 and XQ2 are the smallest Fujifilm X series cameras but manage to house a 12 megapixel 2/3-type X-Trans CMOS II sensor, the same sensor found in the X20 and X30. They copy the subtly retro design of their X series peers and share many of their functionalities including a fast hybrid AF system, manual controls, WiFi connectivity, focus peaking, 12 fps burst shooting and more. The 25-100mm f/1.8-4.9 zoom lens features both a control ring and optical image stabilisation, and allow you to get as close as 3cm to your subject in macro mode. They do not have a built-in viewfinder or hot shoe. The main difference between the two is that the XQ2 has the Classic Chrome film simulation mode.