You are here: Home / In Depth / Are mirrorless systems becoming too big for their own good? – An analysis of recent announcements 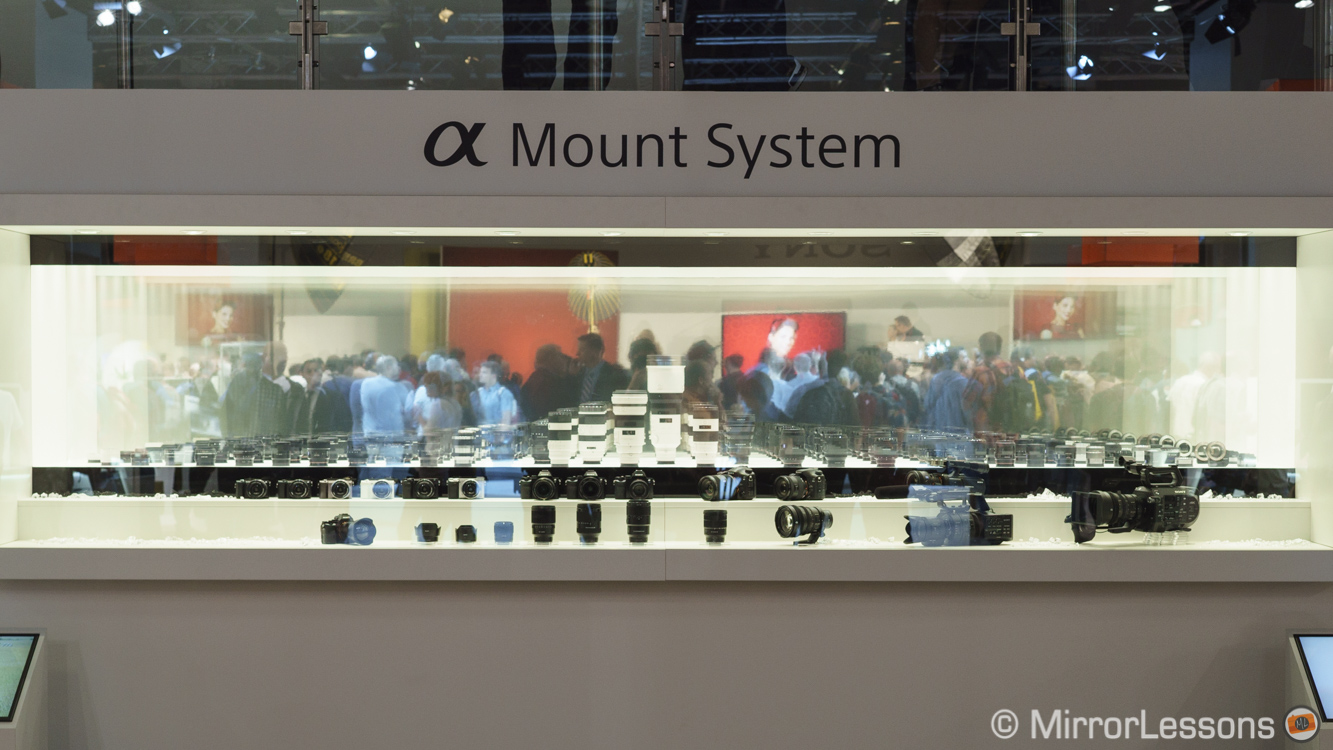 Following my recent comparison between the Lumix 35-10mm f/2.8 and the new Olympus 40-150mm f/2.8, I wanted to write a more in-depth and general analysis about the new lenses showcased at Photokina by the different mirrorless camera brands. The one aspect that each has in common is an increase in size and weight, something that seems to have triggered different reactions, many of which I’ve come across by reading comments on the web and on our website.

Is this increase in size a natural evolution of mirrorless systems or an unexpected change of direction?

What makes a system lighter? 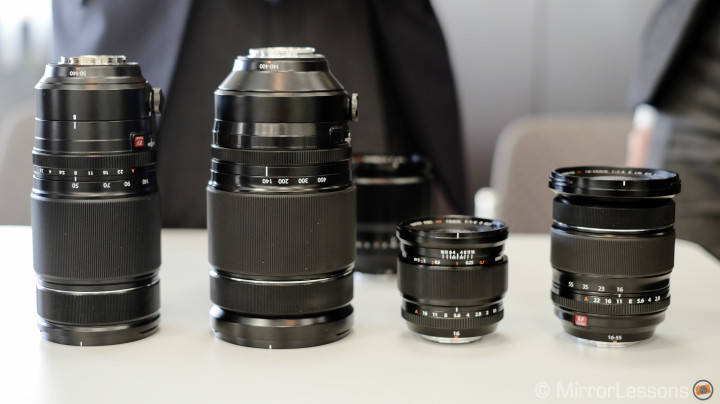 Before analysing each brand, I would like to respond to certain discussions I often read on the web. Let’s start with DSLRs. It is a fact that overall, a DSLR is heavier than an MILC. If we take for example the recent Nikon D750, which is one of the lightest professional/high-end enthusiast full frame cameras, its weight is about 750g. In contrast, the OM-D E-M1 weighs about 440g, the Fuji X-T1 about 390g and the Sony A7 around 450g. The heaviest MILC, excluding the Leica M camera, is the Samsung NX1 (550g). The same conclusions can be proportionally applied to entry level cameras and lenses.

As a rebuttal, I would now like to present a different reasoning that involves the whole kit and not just the individual parts.

The weight and size of the system you use, whatever it is, is also related to how you use it.

If you use your DSLR without a battery grip and mainly with prime lenses, you can indeed improve the portability of the system. Four years ago, I decided to limit myself to the D700 and the Nikkor 50mm f/1.8 for my summer holidays and I had no issue carrying it around with me everywhere. The bottom line is that DSLR systems can be portable but you have to accept compromises to make it so: no extra accessories that aren’t essential, and prime lenses over zoom lenses. Another option of course could be a good f/3.5-5.6 zoom if you are not obsessed with fast apertures. I’ve seen more than one professional photographer carry around two DSLR bodies with one wide angle prime and one telephoto prime lens. It can work for some but not necessarily for everyone.

With MILCs, you have more freedom to carry around different lenses and still have a reasonably light system inside your bag. Indeed some body/prime lens combos are simply unbeatable in terms of size and weight (think of an Olympus E-M10 with the 45mm f/1.8). To say that an oversized lens doesn’t suit CSCs almost seems like a natural conclusion.

However, I’d like to demonstrate a different point of view, and I want to do it practically.

What happens if I compare a backpack full of cameras and lenses?

For this example, my reference will be a Nikon DSLR kit that suits the needs of both enthusiasts and professional photographers. In my Nikon bag I have:

The total weight of my Nikon bag is of 3595g not including the actual bag, batteries and other small accessories. Of course there are various combinations but I decided to choose the best compromise between performance and weight. Do keep in mind that this bag could be heavier if for example I replaced the 70-200mm f/4 with the 2.8 equivalent (add 690g to the total amount). I will also exclude high-end DSLRs that have a built-in vertical grip like the Nikon D4s since there isn’t an equivalent CSC with this kind of design.

I am going to compare this bag with an ideal equivalent selection of bodies and lenses for each MILC system. I will mainly talk about weight not only for practical reasons, but also to avoid making this article too cumbersome to read with lots of numbers to memorise and compare. Of course a lighter lens will most likely be smaller as well, except perhaps in the case of some prime lenses that can be really close in terms of size.

A comparable MFT kit could be:

Another big advantage here is the size of each lens. I could easily fit the first combination in a Lowepro Messenger 150 shoulder bag. With the 40-150mm f/2.8, I would need a slightly bigger bag but it would still be smaller than the one I would have to buy for my Nikon kit. Of course in a real world situation, the bag size is also related to how many extra accessories you want to carry with you, including a tablet or laptop computer.

Let’s see a comparable kit from the Fujifilm X system: 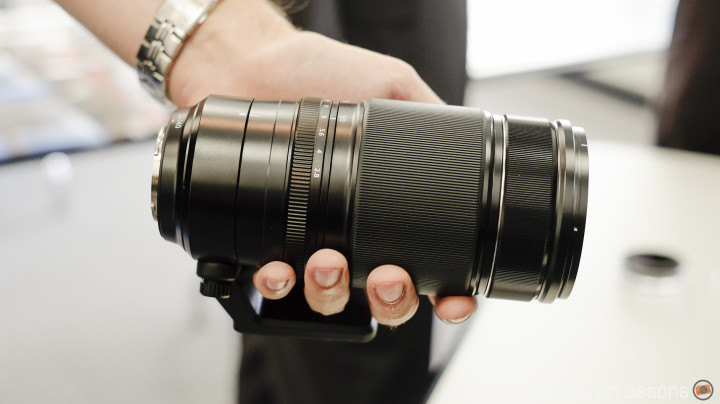 This is an interesting example because the Fuji 50-140mm f/2.8 is almost identical to the Nikkor 70-200mm f/4 as far as the length (2.6mm difference) and diameter (4mm difference) are concerned. The Fujinon lens actually is heavier by 145g.

Now I am sure that a big debate could start right here: should I compare this lens with the Nikkor f/2.8 lens or to the f/4 lens?

For me, aperture is not just a question of depth of field, so I would be fine comparing it to the Nikkor 70-200mm f/2.8. In this case, the Fujinon lens would have a clear advantage (smaller and lighter by 545g). But for the sake of being fair towards the DSLR system and to avoid scientific nitpicking, I chose the f/4 version for the Nikon bag. Again, with the faster zoom lens, the Nikon kit would be heavier.

With Samsung, I could create the following kit: 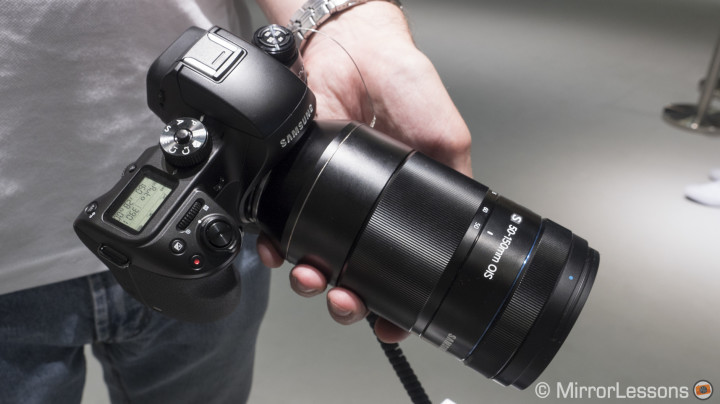 The total weight is of 2374g, here again lighter by 1.2kg. Samsung currently doesn’t have a constant aperture wide angle zoom lens nor a 50mm equivalent lens (except a pancake version) so I chose the smaller 12-24mm and the 45mm f/1.8. After all you won’t find the exact same lenses for each system so it is a question of adaptation as well. I could have replaced the 12-24mm with the more professional 16-50mm f/2-2.8 which is a bigger and heavier lens (+414g). The logic I applied to Fujifilm and its telephoto lens could also be applied to the Samsung and its 50-150mm as well. Actually, the latter combined with the NX1 becomes the largest and heaviest combo out of all high-end MILCs paired with a professional telephoto zoom lens.

An equivalent kit for the Sony mirrorless system would be composed of: 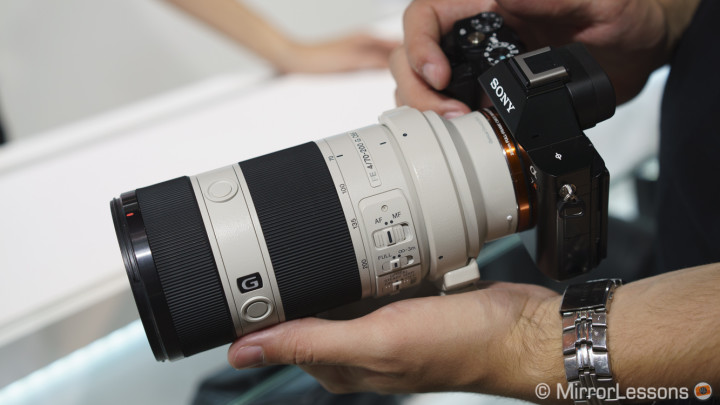 Total weight of the bag is 2609 kg. Now the Sony example is interesting because it might be the mirrorless system that represents the limit when it comes to the ratio of compactness/performance. Sony did a great job with the bodies, as they are truly compact and portable, especially with a small lens like the FE 35mm f/2.8. But the upcoming lenses to be released next year show that compactness is not always possible when you place performance first. The best example is the Zeiss Distagon 35mm f/1.4 that was shown as a mockup version at Photokina. It is huge and I am pretty sure that its size can match the Nikkor or Sigma ART 35mm f/1.4 lenses.

In this case, the absence of the mirror isn’t an advantage anymore and only the size of the camera makes it a lighter combo but perhaps more unbalanced. The same consideration goes for the 90mm Macro. Of course these are just early thoughts and mockups might not represent the final version of this lenses.

A question of professional demands

It is clear that most new lenses announced by Olympus, Fujifilm, Samsung and Sony have something in common: they are designed to meet professional needs. Each zoom features a constant aperture of 2.8 or 4 and their build makes it clear that they are premium high-quality lenses.

Professional demands can be harder to please. Brands know that it isn’t enough for these lenses to be sufficient–they must be perfect from both a performance and quality point of view. Personally I am not surprised that they are bigger than the usual lenses we like to see mounted on our CSCs. If we look throughout history at the different systems, a high quality zoom lens with a constant aperture or a high quality prime with a very fast aperture always ended up being bigger and heavier than the cheaper/slower version. There are tons of example I can think of. Moreover, a bigger lens is not necessarily a bad thing for a professional photographer, and no matter which way you look at it, the various telephoto lenses from Olympus, Fujifilm or Samsung are smaller and lighter than the DSLR equivalents. 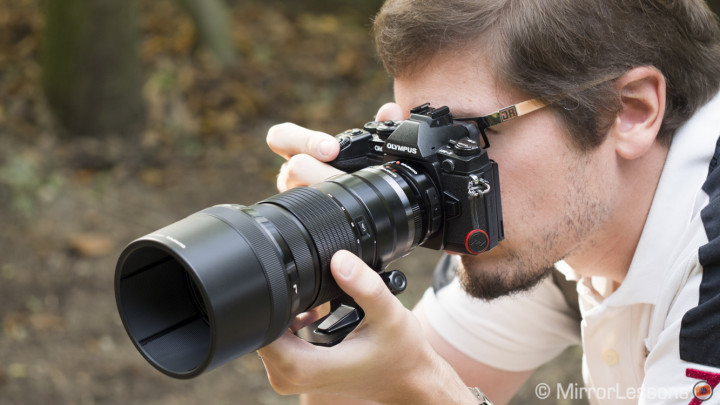 I am sure that not everyone will agree with me but I personally think that bigger lenses hitting the mirrorless market is normal. It is a question of professional demands, of users who prioritise performance and image quality. It is also related to the laws of physics. Certainly there are some examples that show you can have both portability and performance, but if it were really that easy to make small, high-quality lenses, it would be the norm rather than the exception.

I think that rather than comparing individual lenses, it is more interesting to compare systems. I showed you above that each of the MILC bags are lighter than the Nikon bag by an average of 1kg at least. And that is considering that I chose a Nikon bag that represents a mix of portability and performance. I could have composed a kit that gave priority to quality but it would have been even heavier compared to the high quality equivalent lenses on the Olympus, Fujifilm or Sony systems.

Of course there are systems that have more advantages than others–the Micro Four Thirds system for instance is simply the best you can get when it comes to reducing size and weight.

I know that some of you will bring up the depth of field argument again but to me it doesn’t work for the simple reason that one doesn’t choose a lens based on how it compares to the full-frame equivalent but according to the system he or she uses. All lenses for the MFT system will have a 2-stop slower equivalent depth-of-field in comparison to a full frame system, but that doesn’t make a lens like the 75mm f/1.8 lens any less effective.

It is a matter of comparing the best lenses within each system.

If you are a MFT shooter, you will choose the 40-150mm f/2.8 because it is a 2.8 lens. The same with the 70-200mm f/2.8 if you are a full frame DSLR shooter. This conclusion might be less scientific, but it reflects in my humble opinion formed from practical experience out in the field.