You are here: Home / Best Of / Which Lumix should I buy? – Demystifying the Panasonic Lumix series 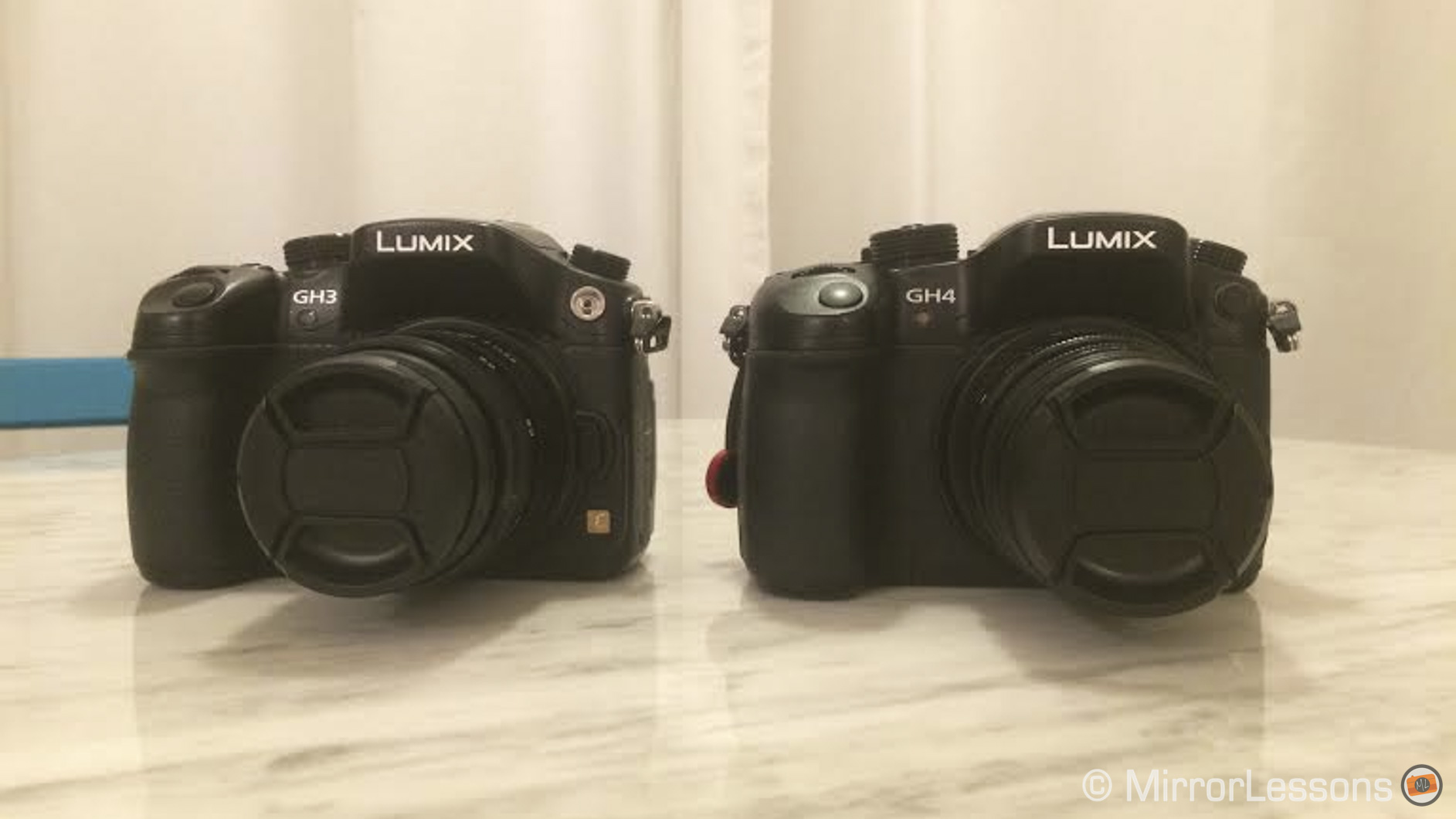 One month ago, I published a straightforward guide to buying Olympus mirrorless cameras from the Micro Four Thirds series with the promise of publishing a similar article for every mirrorless brand. Since Panasonic Lumix also has a Micro Four Thirds mount and was mentioned more than once in the comments section of the first article, it seemed like the logical brand to cover next. As I mentioned in the Olympus article, the purpose of these guides is to help you wade through the innumerable selection of mirrorless cameras on offer from each brand and find the right one for your needs.

A Taste of Lumix History

Unlike Olympus, Panasonic does not have a particularly long photographic history. While the design of Olympus’ mirrorless cameras (the OM-D and Pen series) is based on the original film SLR and rangefinder series respectively, Panasonic’s series of Lumix cameras have always been digital, making their debut in 2001 with two compact cameras. Despite being a relative newcomer, Panasonic was one of the first to announce a mirrorless system alongside Olympus back in 2008, and has since released 18 interchangeable lens cameras and 8 high-end compacts with a Four Thirds sensor. A unique characteristic of Lumix cameras is their excellent video capabilities, with the most recent models shooting in 4K.

If you are a professional photographer looking for a primary system, you need look no further than the Lumix GH4. It absconds with all the best specs of the already-impressive GH3 such as its ergonomic “DSLR-like” design, weather-resistant chassis, 16 MP Micro Four Thirds sensor, and excellent still image quality up to 3200 ISO, and raises the bar with faster autofocus capabilities, faster burst shooting, and better tracking. In fact, recent tests have shown that the GH4 is the fastest and most accurate mirrorless camera for action photography thanks to these upgrades.

If this weren’t enough, it also has a plethora of advanced video features including 4K video, focus peaking, zebras, higher bitrate Full HD, still extraction from 4K at 8 MP, and uncompressed HDMI output. In other words, this is ideal image-making machine for both advanced still and video shooters.

If, however, the GH4 is a tad too expensive for your budget, you may want to shift your gaze toward the Lumix GH3. The GH3 is an excellent camera for advanced full HD video but unlike the GH4, it doesn’t record in 4K and lacks some video features such as the Cine-like profile and other minor video settings. As for stills, it doesn’t perform quite as well at high ISOs and the autofocus and burst modes, while effective, aren’t as fast as on the GH4. However, it has the best battery life ever seen on a mirrorless camera.

In the end, the only people who will truly perceive a difference are photographers who shoot action (sports and animals) on a regular basis, or videographers who require the most advanced video features on the market. Otherwise, the GH3 is a wonderful stills and video camera for a wide range of genres.

As I mentioned in the original Olympus article, many professional photographers are quite happy with the system they own, and are simply looking for a secondary system/body to carry around for more informal occasions, such as travel, kids’ birthday parties, and so on. Given its purpose, it is often desirable that this second system be as light and compact as possible. With Panasonic Lumix, photographers actually have two options to choose between: an interchangeable lens body or a fixed-lens body.

If you, as a professional or advanced amateur, prefer to change lenses according to the occasion, you will certainly want to go the interchangeable lens route. In this case, I believe it is a toss up between the GX7 and the G6.

The most notable difference between the GX7 and G6 lies in their design, which I believe should be the determining factor if you are having difficulty choosing between the two. The GX7 has been fashioned in the rangefinder style while the G6 embodies the classic DSLR look. Despite the difference in design, both are very comfortable to use and remain extremely compact and light.

Those who own Olympus or third-party lenses may prefer the GX7’s internal stabilisation, whereas video shooters will appreciate the G6’s stereo mini jack for an external microphone. The image quality of the GX7 is marginally better than the G6 though both have a 16 MP Micro Four Thirds sensor. The video functionalities, too, are on par but neither live up to the GH4. Other features the two share are a built-in EVF, a tilting touch screen, fast and accurate autofocus, and Wifi and NFC.

At the moment, there is only one fixed-lens Lumix that I would wholeheartedly recommend, and that is the brand new Lumix LX100 with its wonderful Leica DC Vario-Summilux 24-75mm (equivalent) f/1.7-2.8 zoom. It has the same 16MP Four Thirds sensor found in the GX7 but due to its Multi-Aspect Ratio technology, the images only ever have a maximum of effective 12.5MP resolution. According to Panasonic, the full sensor could not be used because it would have resulted in a less-compact body and a larger lens.

The camera has many of the latest features including a high-resolution EVF, the new Venus engine, 4K video, Wifi and NFC, and a collection of advanced autofocus options. In lieu of the tilting touch screen you find on so many other Lumix cameras, you get loads of physical controls such as an aperture ring, shutter speed dial, and exposure compensation dial–you really feel as if you’re working with a photographic tool rather than a digital device.

You may have noticed that, despite the title, I’ve only been referring to professionals looking for second body throughout this section. The reason for this is simple: quite often, the secondary system a professional would choose is the same system that would be appropriate for an advanced amateur.

The further we move down the Lumix food chain, the more difficult it becomes to give advice. This is because there are dozens of models that could potentially suit a beginner, whose needs aren’t nearly as great as someone who has been into photography for a long time.

However, the fact that so many similar entry-level models exist also makes it less likely that a beginner will make the wrong choice–after all, every Lumix camera is a significant step up from a smartphone or compact camera. Even if you end up with a bunch of features you’ll never use, it doesn’t matter–you can choose to ignore them, or learn about them once you’ve brushed up your skills.

In most cases, the determining factor for beginners is the price for the simple reason that they are trepidatious about how much they want to invest in their new hobby. The following Lumix cameras sit within a contained budget while giving the budding photographer freedom to experiment with all the most important features, including shutter speed, aperture, exposure compensation and ISO.

The Lumix GF5 is a very affordable option for beginners. It has a 12MP Micro Four Thirds sensor, fast autofocus for shooting moving objects like kids or animals, 1920 x 1080 Full HD video, a touchscreen and creative filters, all in an extremely compact and attractive package in the rangefinder style.

The Lumix G5 is a little more advanced than the GF5, with a 16MP Micro Four Thirds sensor, better video capture, a rotating LCD touchscreen and a built-in electronic viewfinder, but is also bigger due to its DSLR-like design. It was originally more expensive than the GF5, but both have dropped in price since the release of newer models.

I’d like to conclude by saying that ultimately I can’t be the one to tell you which camera to buy, as much as I wish I could add “omniscience” to my resume! Just as a professional could easily pick up a cheap second-hand GF5 for casual shooting, an enthusiastic beginner with a strong will to learn and improve could just as well invest in a GH4. What you have seen here aren’t cold hard rules to be followed but blanket examples of what might prove most suitable. Probably the best piece of advice I can leave you with is to visit your local camera store, try out the various cameras, and develop your own opinions before making the leap. 🙂

Which Lumix camera interests you the most and why? Share your thoughts below!