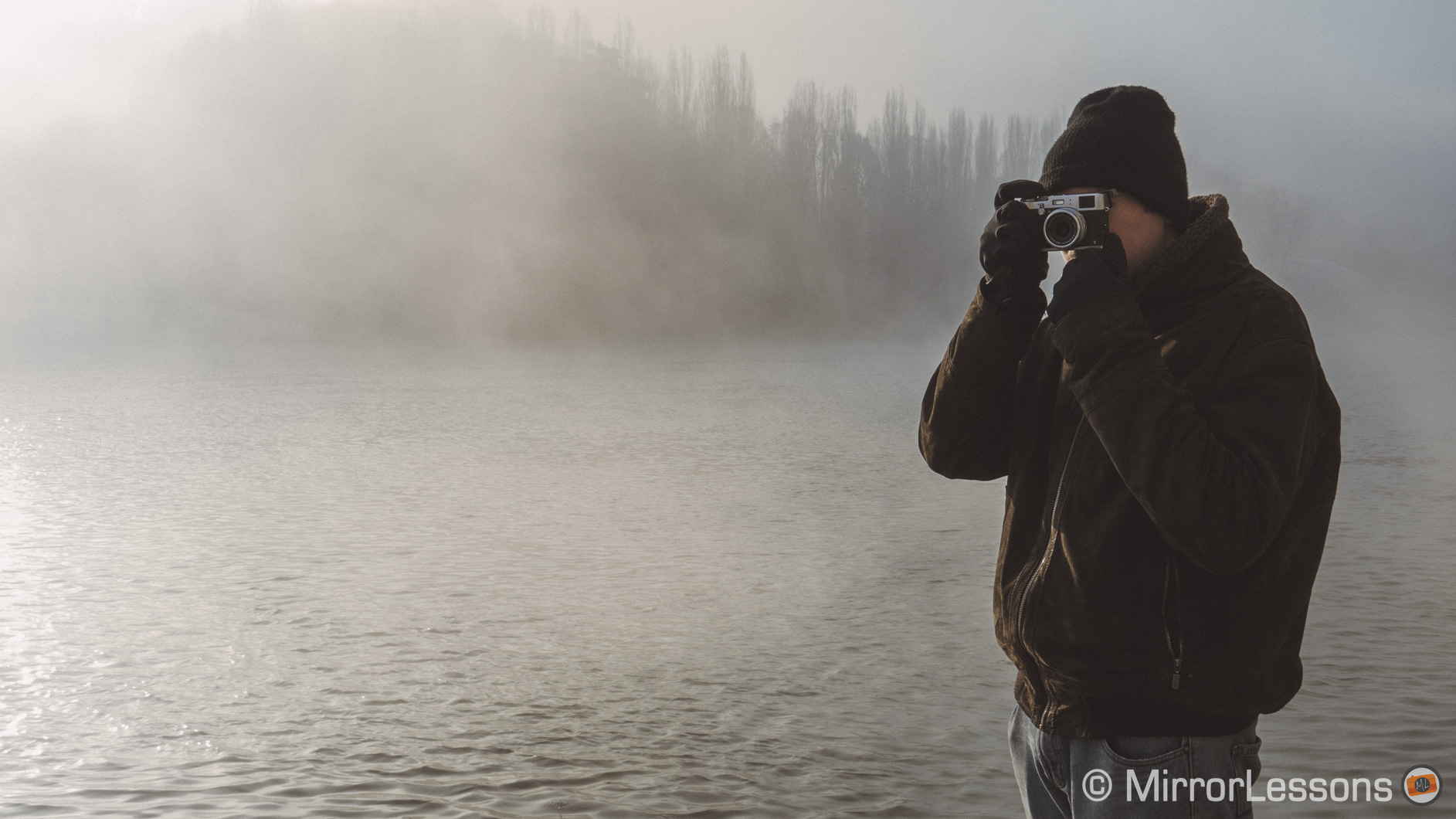 George Eastman, the founder of the Eastman Kodak company, once stated:

Light makes photography. Embrace light. Admire it. Love it. But above all, know light. Know it for all you are worth, and you will know the key to photography.

Light comes in many forms. It isn’t limited to the traditional sunset, sunrise or the golden hour. Sometimes other weather phenomena can create the perfect shooting conditions as well.

One of my favourite conditions to photograph is fog. All you have to do is observe the work of talented photographers like our friend Robert Paul Jansen to understand just how elements like fog and mist can contribute to the creation of a moody and atmospheric image. Given the nosedive temperatures here in Turin have taken recently, foggy conditions have become a regular occurrence along the banks of the Po River in the early morning and late evening. Sometimes it is so thick that a passerby could disappear into the fog in a matter of seconds.

I will never know just how Mathieu and I convinced ourselves to wake up at 6 a.m. on Sunday to photograph the river but it was well worth the sacrifice. Being the shortest day of the year, it was still pitch dark when we stepped out of the front door. Walking towards the river, we were surprised to see that the fog had snaked its way into the local parks and city streets as well, creating a ghostly atmosphere that would suit a horror film.

When we finally arrived at the banks of the River Po, there was hardly any activity save the odd bus or tram rattling along the bumpy streets. The higher the sun rose in the sky, the denser the fog became. It billowed from the surface of the river like smoke from a factory stack, biting at our fingers every time we removed our gloves to adjust the dials of the two cameras we had with us, the Fujifilm X100t (Mathieu) and Lumix LX100 (Heather). Even by Canadian standards, it was a frigid morning.

Since fog, being a natural soft box of sorts, can deprive an image of depth and contrast, we almost always tried to place a clear and identifiable subject close to the camera in our compositions. Doing so helps the viewer understand what the scene would look like if the fog were not present, and provides extra contrast and tonal diversity in an otherwise flat scene.

Including objects that occur in succession can also help create the illusion of depth on a foggy day. For instance, for our shots of Turin, we found that lampposts were effective because they line the entire stretch of the river. With one clear lamppost in the foreground followed by a series of increasingly obscured lampposts that cascade towards the background, we were able to draw the viewer’s eye into the image. The bridge lined with flags worked well to this end too.

When you are surrounded by fog, it is also fun to experiment with silhouettes. A good example both Mathieu and I managed to capture was Monte dei Cappunccini, a church that sits high on a hill by the River Po. For an instant, the sun (which actually looked much more like the moon due to the fog being as thick as soup) disappeared behind the church, creating an eery silhouette that seemed to shift back and forth and change form like a phantom.

Following the first rays of light, the fog remained very thick for almost two hours but we knew that the strong-willed sun would eventually managed to break through the misty barrier. It is at this moment that the light becomes the most interesting to photograph. Sadly, it only takes a brief instant for everything to return to normal. Mathieu and I kept walking along the river, trying to use the brave runners as subjects for our composition.

Mathieu decided in advance that his photos would be strictly monochrome. He used the Fuji Film Simulation mode to post-process his photos in Lightroom. I opted for a combination of black and white and colour instead, using the wonderful Rebecca Lily Pro Set III to post-process my images. As for the two cameras, they both worked like a charm, though as I hinted before, adjusting the metal dials with bare hands wasn’t the most pleasant experience! 😉

Waking up at 6 a.m. on a misty Sunday morning to catch the sunrise. The things photographers do in the name of photography! 🙂 #X100T #lx100

Do you enjoy shooting in foggy conditions? If you have a great shot, feel free to share it in our Flickr Group or Google+ Community!