You are here: Home / Interviews / Photographing Pope Francis with the Fujifilm X series – An interview with Giuseppe & Rodolfo Felici 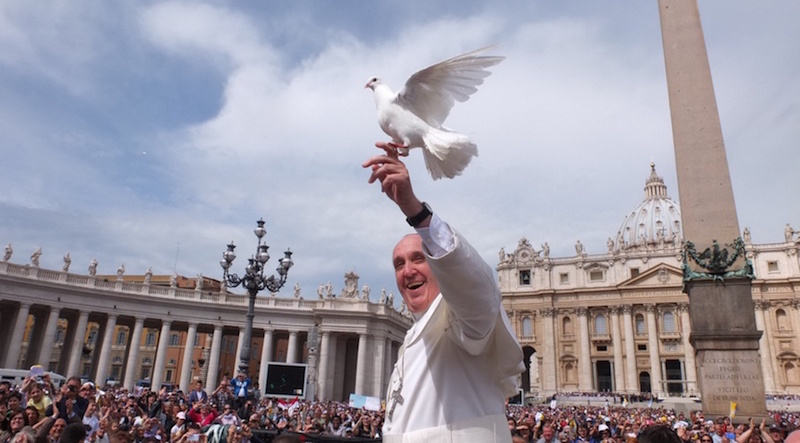 This week’s interview is with Rodolfo and Giuseppe Felici, a father and son team who photograph the daily life of Pope Francis at the Vatican. Members of the Felici family have been official Papal photographers since 1863, and have documented everything from the official visits and kings and governors, to portraits of the Italian royal family and Giuseppe Garibaldi.

All the images contained in this article are property of Rodolfo and Giuseppe Felici of Fotografia Felici and may not be reproduced in any way.

Who are Rodolfo and Giuseppe Felici in three simple sentences?

Father and son, two photographers, a lawyer and an architect.

This probably isn’t the first time that someone has asked you the following question: what is it like to work in such close proximity to one of the world’s most influential and important personalities?

We feel a great sense of responsibility in our work. Like any other photographer, we are called to document something that is part of history, but in our case the responsibility is bigger. We document a really important moment in the life of all people who meet the Pope. Missing the moment is unacceptable, and we feel deeply sorry when it happens for any reason. The photos we take help the people we photograph to remember the event in the years to come.

What is your daily work schedule like? Are you called in mainly for specific events or do you also document the daily life of the Vatican?

We document any daily event that happens in Saint Peter’s Basilica (inside or out), in the Paul VI hall (also known as Nervi Hall), in the Sistine Chapel or in the Lourdes Grotto in the Vatican Gardens. They are all places where the Pope holds his public events.

How much freedom does an official photographer have during important events such as the Christmas holy mass? Can you move around easily or are you confined to a specific zone?

We can move around freely but our primary task is to be really discreet, ideally invisible. We know where we can move to be less noticeable, and during celebrations we walk around as little as possible. However, great mobility is often required, like during the Jeep tour in St. Peter’s Square. In this respect, we feel that a small and quiet camera like any camera from the Fuji X series is a great help to accomplish the task.

What would be considered “off-limits” for photographers working at the Vatican?

To take any photo that could tarnish the dignity of the Pope.

How do you think Pope Francis feels about being photographed so often? Would you say that it is something he enjoys?

He loves people, and loves to spend time with them. I think that for the Pope, being photographed is a way to stay in contact with the people even when the encounter is over. I can’t think of anyone who wouldn’t like to have an image to remember the event once back home. It is a way to perpetuate that particular encounter and those emotions in time.

Since 2012 you’ve mainly used Fujifilm X series cameras for your reportage photography. What are the aspects of these cameras that convinced you to switch from the DSLR system?

The lightness, the optical quality and the capability to shoot at very slow speeds without a flash. I love rangefinder cameras for that reasons, and mirrorless cameras are conceptually their successors. Wide angle lenses are much better on a rangefinder. Without a mirror, you can build a lens with the focal plane much closer to the last element, and in this way, for optical reasons you can create a sharper, lighter and brighter lens. Furthermore, without a mirror you can shoot handheld at slower speeds. With the high ISO the sensor can reach today, we have a tool that many photographers never even dreamed of. Quiet, sharp and capable of working at any available light condition.

What is your ideal set-up? How many bodies, lenses and accessories do you use?

It has to be light. The set-up depends on the situation, but usually, I use two cameras, recently an Fujifilm X-T1 with a 18-135 and an X-M1 with a 18mm 2.0 as a back-up body, or an X-T1 with a 55-200 and an X-M1 with a 18-55. The X-M1 is perfect as a back-up body or even as a primary body in any situation where great mobility is required and where a few grams can make the difference in weight. It shares the same sensor and hybrid focusing system of the X-T1, so it is the perfect complement to it. When you do not need it you can simply forget that it’s around your neck, but when you need it you know that you can obtain the same results that you would have with your primary body.

Many people are still reluctant to use mirrorless cameras for work due to important features such as the autofocus being inferior to the performance of a DSLR. With regards to AF, have you found it difficult to use X series cameras for your work? Did you have to adapt to the reactiveness of the Fuji AF system?

I found that the reactivity is at least the same, and probably much better, than the DSLRs of some years ago like the D200 we used to use. I think that the “slow autofocus problem” is mostly a marketing invention. The greatest photographers in history did not have autofocus at all, and Leica M users do not have it even now. Nobody would say that a Leica is not a great tool for taking photos. Maybe we have a slower autofocus than a DSLR? So what? What’s the point? We are simply trading some autofocus performance for a lot of other advantages.

No. I just want them to continue the excellent work they are doing now. I would like to see something like a folding medium format digital camera in the future, but I think it is still far off.

If Fujifilm didn’t exist, would you have considered another mirrorless system?

I like the Olympus OM-D series. Probably I would have chosen that camera if they had been closer to the original OM in design (and if Fujifilm didn’t exist).

I saw on your website that the number of photos you take at every event is considerable. Out of curiosity, what is the average number of pictures you take in one day? Do you primarily use OOC JPGs or do you sometimes post-process your best pictures?

It depends on the event. During a general audience in Saint Peter’s Square we can easily shoot about 15,000 pictures in few hours. Obviously we have to work with JPGs, and the ability of Fuji X series to produce the best OOC JPGs around is really important for our kind of work. 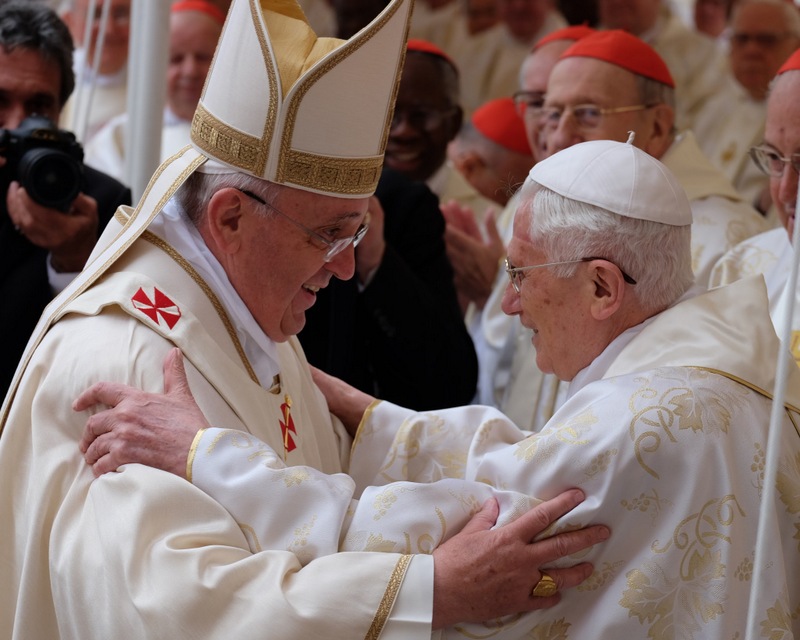 The first pontifical photography shoot was done by your ancestor Giuseppe Felici in 1863. How has your family managed to pass on this profession from one generation to another?

I do not know. It is something we all really care about. It is an important part of our lives, and a very special task, so I think that it is natural that any family would work to keep the tradition alive.

Rodolfo, I imagine that your father has taught you everything there is to know about photography. Do you always work together or do you each have specific responsibilities?

We always work together in Vatican.

I can guess that you’ve accumulated many interesting anecdotes since you both began working as the Pope’s official photographers. Is there one in particular that you’d like to share with our readers?

Some time ago a person during the Jeep tour said to the Pope, “Francis, you are the one and only!”. The Pope, spontaneously, pointing his finger at him, and replied, “You too! We are all one and only!”. Probably only those who were really close to the Jeep at that moment heard these simple words, but I will remember them forever.

If you have any questions for Rodolfo and Giuseppe about their experience photographing the Pope, be sure to leave a comment below!