You are here: Home / Interviews / An interview with PhotoMADD – The online specialist in mirrorless camera accessories 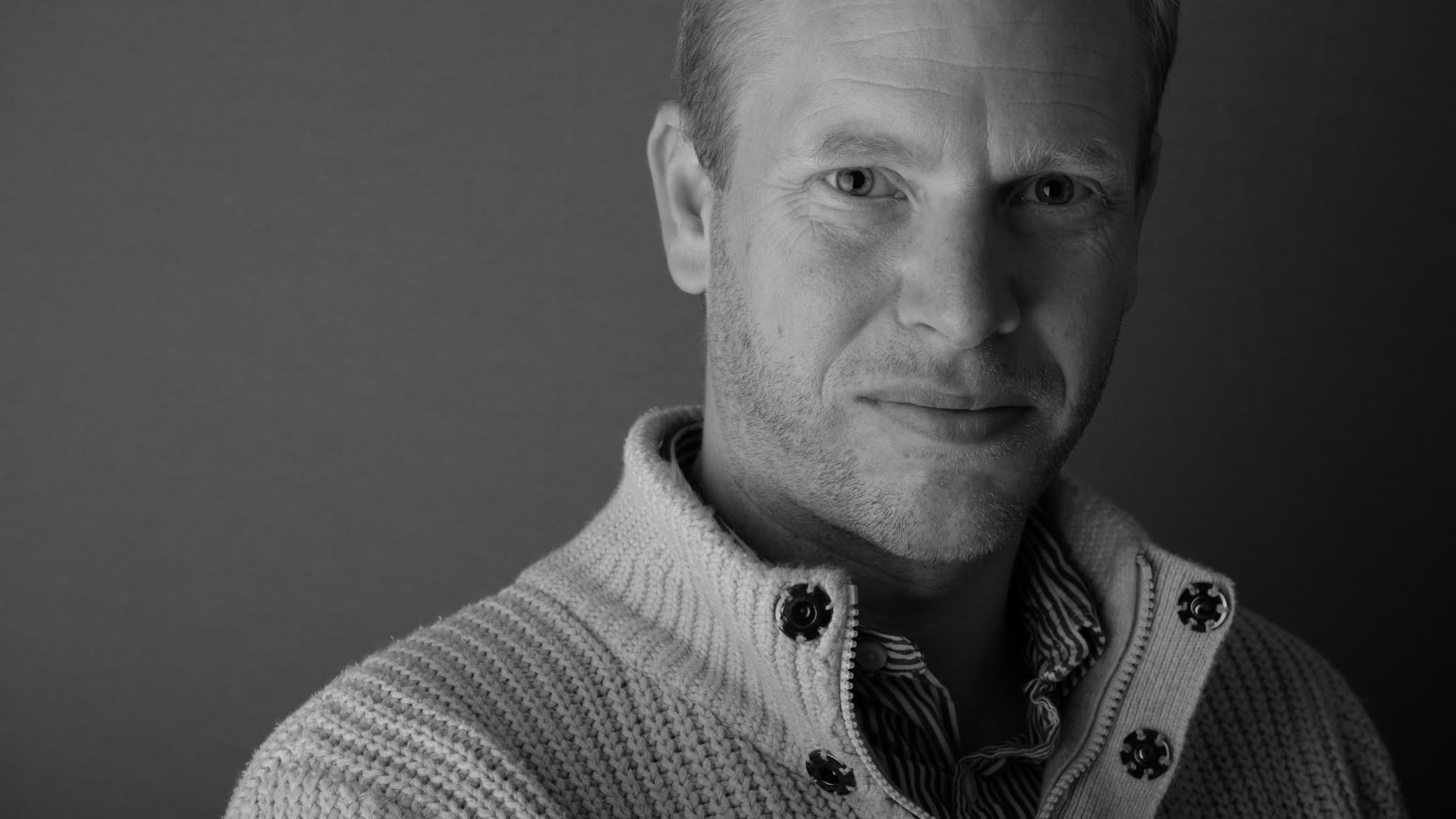 Judging by the title, you might think at first that this is a purely promotional article, but if you are willing to spend a few minutes to read it through, you might reconsider. Like many other review websites, MirrorLessons includes advertisements – many from small businesses – to keep the site running. As such, we decided that it would be a good idea to introduce some of them to our readers and explain why they have a place on our website.

As a follow-up to our interview with Inspired Eye magazine creators Don Springer and Olivier Duong, we sat down with professional photographer Matthew Maddock. Why feature him? The answer is simple: Matthew runs an independent accessory store called PhotoMADD, which is currently the only online shop that specialises in mirrorless accessories. Before he chooses to list a product, he always puts it through a rigorous testing period, so you can rest assured that anything you buy from Matthew is a top-quality accessory. What’s more, he even makes custom accessories of his own.

Online camera stores are a dime a dozen but sometimes you’re lucky enough to come across one that manages to differentiate itself from the rest. PhotoMADD, an online accessory specialist, is unique in that it only sells accessories that suit mirrorless cameras and the philosophy behind them. It was founded by Matthew Maddock, a portrait and commercial photographer based in the North West of the UK.

Before starting PhotoMADD as we know it today, Matthew also ran a separate store under the same name where he sold accessories made for Fujifilm X Series cameras. One of his most popular products was one he created himself, the PhotoMADD grip and tripod plate kit. We first met Matthew when we contacted him about reviewing it on the X100s back in 2014.

We recently sat down with Matthew to chat about his unique online store, its beginnings and his interest in mirrorless technology.

ML: Please tell us a bit about yourself. Why did you decide to become a photographer?

MM: I’ve had an interesting career, although originally I trained in IT, I’ve worked in everything from F1 racing to sonar systems, to antique furniture! Photography has always held a strong interest for me throughout, but has come and gone at various times depending on how much spare time I’ve had. I only really picked up a camera again in anger in 2010, which re-ignited my passion for photography. Until a couple of years ago I’d never done anything commercially with a camera, but knew that’s what I would like to do. It is a matter of juggling making enough money to look after my family and my passion for photography, which is mostly why I only do it part time commercially. If I was younger and without any commitments I’d be off around the world with my camera!

ML: When did you first start using mirrorless cameras and why?

MM: The first camera I picked up again seriously was a Panasonic G1, although at the time I wasn’t entirely familiar with the term ‘mirrorless’, I just knew that I liked that camera! I went from that to a Nikon D300S, but after a while I found I wasn’t carrying it around to shoot simple family events as it was too heavy. I started to look around for a lighter companion, and went initially for the Olympus PEN range, which I loved but it didn’t quite cut it for me in terms of image quality (This was an E-PL1 at the time). After trying out a few I came across the Fujifilm X100 and never looked back, buying the X-Pro1 as soon as it came out. I was hooked, sold my Nikon and went full-on into the Fujifilm X-Series system for both personal and commercial work.

ML: What gave you the idea to start an online store that only deals with mirrorless camera accessories?

MM: It isn’t quite as clear cut as that. I’d been writing my blog for quite a while documenting my journey into mirrorless from the dSLR. When I settled on the Fujifilm X-Series system I took the decision to make the PhotoMadd blog a Fuji-specific site. I was fortunate as at the time PhotoMadd was probably the only Fuji-specific blog around so people within the community knew me for that. The online store came about through my frustration with Fujifilm’s own grip for the X-Pro1, which covered the battery and SD-card slot. I tried to find another solution and couldn’t so decided to make my own. I never really set out to create an online store, but I thought that if I was having this issue then other people must be too, so as a sideline to the Photomadd blog I created a very simple online store to sell the X-Pro1 grip that I’d come up with. At the time it was the only product in the shop! It sold better than I imagined, so when other Fujifilm models came out I did the same again for those cameras. I slowly sourced and added other 3rd party products that I used personally with my X-Series camera.

The idea behind it being mirrorless only was that I knew I could never compete with the likes of WEX and those huge stores, but by specialising, people would come to me to find those things that they would like for their new mirrorless camera. It could be a somewhere where they could find anything for their mirrorless camera, from a screen protector to a mirrorless-specific bag to put their kit into. I’m only now just reaching that goal.

ML: What else makes your store unique?

MM: The shop is the only place you can buy the PhotoMadd grips from, but more than that, I bring together all the most useful accessories for your mirrorless camera, ones that I have personally used and approved for sale.

I am entirely aware that my X-Series grips have now been copied and they are available elsewhere. I don’t like being negative so have not spoken out about them publicly before, but I have purchased them myself just to see what they are like. Reassuringly for me, the quality is nowhere near my own products and I’ve mostly found they just don’t fit the camera properly, a couple of them even damaging the paint on my X-Pro1 due to poor fit. It is sad to see that happen, and to see similar things for sale at less than I can even get them made for, but that’s all part of retail in a global online world. I’ve worked hard with my manufacturing partner and I’ve recently managed to bring the price down of the grips to offer better value without compromising quality.

Future generations of the PhotoMadd grips will be significantly different to counter that, however the re-deisgn and re-manufacturing process is not only very expensive, but always takes more time than you expect.

ML: Which mirrorless accessories are currently the most popular amongst visitors to your store?

MM: The Peak Design straps have proven to be very popular as a recent addition in the store. What makes these great is that you buy one strap and they supply enough connectors to use on two camera. I also like the fact that you can switch between a wrist strap and a shoulder strap within seconds as I often swap straps on my cameras!

ML: How easy is it to find accessories that match the philosophy behind mirrorless cameras? What exactly do you look for in an accessory?

MM: That depends. At first it was not necessarily hard to find products, but to find suppliers who were willing to work with such a small, unknown, company. I’ve been fortunate to have the good will of a few big names in the industry that gave me a chance and helped me out hugely. I’ll always be grateful to them. More recently I have had companies approaching me offering their products. That makes things much easier! I don’t list anything that I haven’t tried out myself, so I will always check anything personally before putting it up for sale to be sure it matches that sort of product I want to sell. It is tempting to list everything available to me, but I’ve rejected a number of items I’ve been offered. My philosophy is quite simple. If I don’t or wouldn’t use it myself then I don’t sell it.

ML: Do you sell any products that cannot be found at other online stores?

MM: The PhotoMadd grips! PhotoMadd is also the only UK reseller of the Nucis leather straps. More PhotoMadd designed and manufactured products will be coming soon.

PhotoMadd ships worldwide, I’ve sold kit around the world, Australia, Bahamas, Argentina, Malaysia and anywhere in-between, it’s always exciting to add a new country to the list. Europe remains the most popular market, but I think people appreciate that I will make the effort to send stock literally anywhere as finding these products locally is often very hard, if not impossible. I recently translated the main parts of the shop website into French, German, Spanish and Italian, so hopefully almost everyone in most places will be able to find their way around the site using one of those languages!

ML: What is the future of mirrorless cameras in your opinion?

MM: I still see dSLR being in the majority for some time to come, the 20-odd years of development they had enjoyed is not going to be easy to overtake. However, I see more tourists in our area carrying mirrorless cameras than even just a year ago, so they are definitely making serious in-roads. Competition is strong amongst the manufacturers so that means things are progressing quickly within the market. If Nikon and/or Canon decide to enter the mirrorless market with a strong system then I would be concerned for the existing leaders in the mirrorless world. For the moment that seems unlikely, so I can only see things getting better and better for those who are using or looking at using a mirrorless camera.

Do you have any questions for Matthew about mirrorless accessories or the PhotoMADD shop? Feel free to leave him a comment or drop him a line on Twitter.