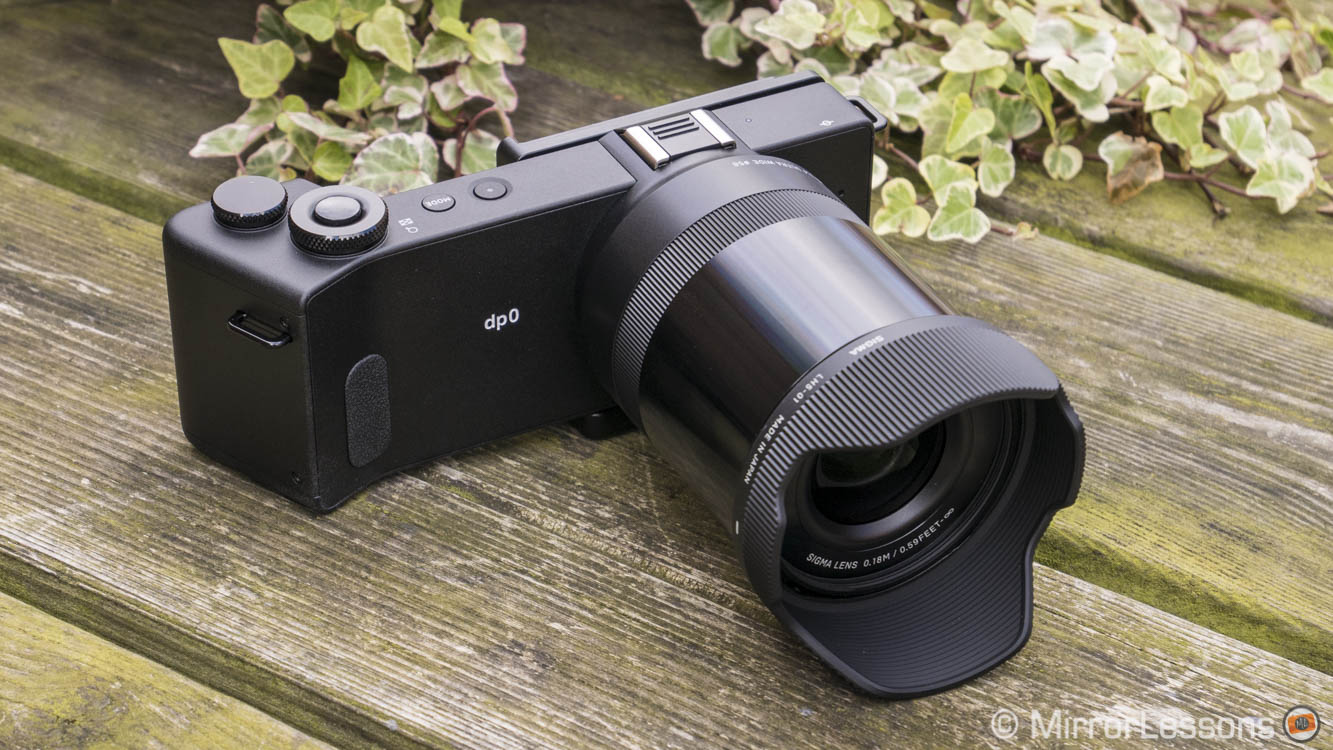 Sigma UK invited us to try the the latest addition to the Quattro series at Hatfield House, a very nice location north of London where the Cecil family has resided since the structure was built in 1611. The Dp0 is the fourth camera from Sigma to feature the 4th generation Foveon sensor (named Quattro) but is the first in the DP line-up to sport a 14mm wide-angle lens (21mm equivalent in full-frame format).

I really like the concept behind these cameras because they offer something truly different in terms of image quality. Over the years, the series has received much criticism but also gathered a niche of aficionados who embrace the Foveon sensor and the quality these cameras can produce. Yes, they are slow, not very practical, and limited in terms of low-light performance and Raw post processing, but when you look at the images, you can understand why some photographers compare them to medium format. For cameras that cost around $1000, they are definitely worth talking about.

There are now four different cameras and each features a specific non-removable prime lens:

I’ve always wondered why Sigma didn’t design an interchangeable lens system so that we could carry one camera and different lenses instead of multiple cameras. I’ve always received the same answer – it is because of the way in which the lenses have been designed and optimised for the sensor. 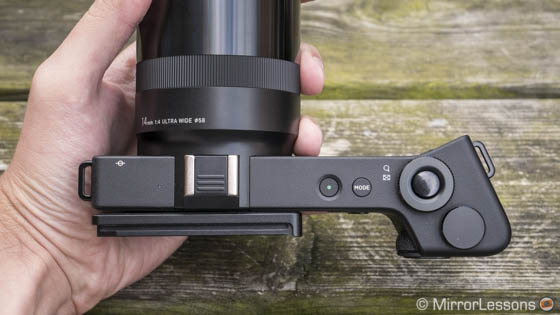 The camera body is exactly the same as the other Quattro cameras, so I won’t repeat what you can already read in my DP2 Quattro review. The series has received much criticism regarding its design and ergonomics. To me, the main problem is how Sigma designed the grip. Instead of a more traditional grip on the front of the camera, the protruding part sticks out from the rear. The thumb grip is perpendicular to the camera body and makes the whole grip experience a little bit awkward. The reason this grip exists in the first place is to house a larger battery but perhaps a more traditional grip would have been a better solution. On the other hand, the button and dial layout is well thought out and the camera is easy to use straight out of the box. Even Heather, who had never tried the Quattro before, found it very intuitive to use. 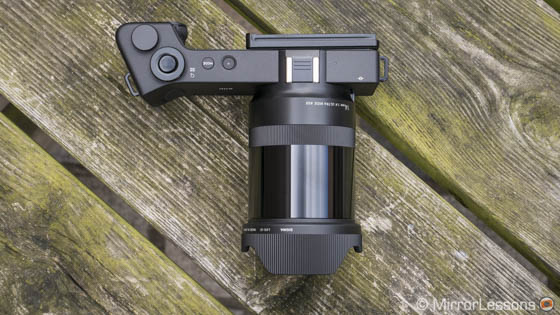 The new 14mm lens will probably place even more doubt in the minds of those who already don’t like the design of these cameras. The lens is longer (but retains the same 58mm filter thread as the other DP cameras) and gives the camera an “original” L shape. Mount the VF loupe on the rear (which is very comfortable when shooting in daylight) and you get something that definitely doesn’t look like your traditional camera and definitely can’t be called compact. But this is also a crucial point.

The Sigma Dp0 is not a compact camera in the traditional sense.

It is not the kind of camera designed to take quick snapshots like other cameras out there. It is a niche camera with a unique sensor and the only reason you won’t send it back after two weeks of owning it is because of its astounding image quality. You won’t find internal stabilisation, fancy features or even video capabilities. The range of usable ISO sensitivities doesn’t go past 400. This is a camera you buy for its unique detail and colour rendering. You put it to use in specific situations that can include studio or landscape photography, and the latter is definitely what suits this new DP0 and its 14mm lens best. 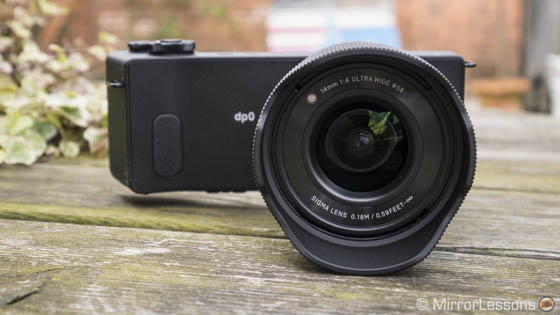 The traditional CMOS sensor has a single layer of pixels and each pixel will only be sensitive to one of the three RGB colours. The Foveon sensor is based on three layers of pixels and each layer will capture one of the blue, green or red channels. This also eliminates the need for an interpolative process that traditional CMOS sensor require to re-construct the final coloured image. You can read my DP2 Quattro review to find out more about the Foveon technology.

The other lenses in the series prove excellent in almost every aspect and this new 14mm doesn’t disappoint at all. You lose one stop in comparison to the other DP lenses – the fastest aperture in this case is f/4. Given the nature of the lens, don’t expect any particular shallow depth of field or attractive bokeh. You can focus as close as 18cm to get some shallow depth of field.

One of the main strengths of this family of lenses is the sharpness they produce and the quality of the tiniest details. The 14mm is already excellent at f/4 and sharpness decreases after f/8 where diffraction starts to get in the way. You really start to lose some details from f/16 onward. At the corners, the performance is slightly worse than at the centre. There is some slight vignetting at f/4 that disappears completely at f/11.

The absence of any relevant barrel distortion is definitely the quality I enjoyed the most about this lens. This means that it can also be an excellent companion for architectural photography. I should also mention that chromatic aberration is well contained.

Like the other Quattro cameras, you can come across some invasive sensor flares but this is also related to the characteristics of the sensor, not just the lens. The light gets reflected from the sensor to the lens elements, then back again to the imaging sensor.

These cameras are not known for their autofocus performance and feature a very basic contrast detection system with 9 AF points. However I did notice that the Dp0 focused faster in comparison to the rest of the family. You can also use the large metal focusing ring on the lens for manual focus. The camera will display a depth of field scale on the rear LCD screen. There isn’t any optical or sensor stabilisation but the camera uses a leaf shutter which means that you can use slow shutter speeds down to 1/15s if you are careful. However, given the nature of the camera, a good old tripod is the best solution to ensure perfect sharpness.

As I said at the beginning, this is a niche camera that only make sense for certain applications, and is especially apt if you like to print on a large scale. Indeed, printing is probably the best way to appreciate the quality that the DP series has to offer.

I am not sure if I will write a full review about the Sigma Dp0 since the camera body and the sensor remain the same. However, when I reviewed the DP2, I mentioned the desire to have a wide angle lens for some landscape work. Now that my wish has come true, I plan to put the camera through its paces for the genre for which it was born as soon as I get my hands on a sample. Stay tuned!