You are here: Home / Interviews / Going nomad to film the world with the Sony A7s – An Interview with filmmaker Brandon Li 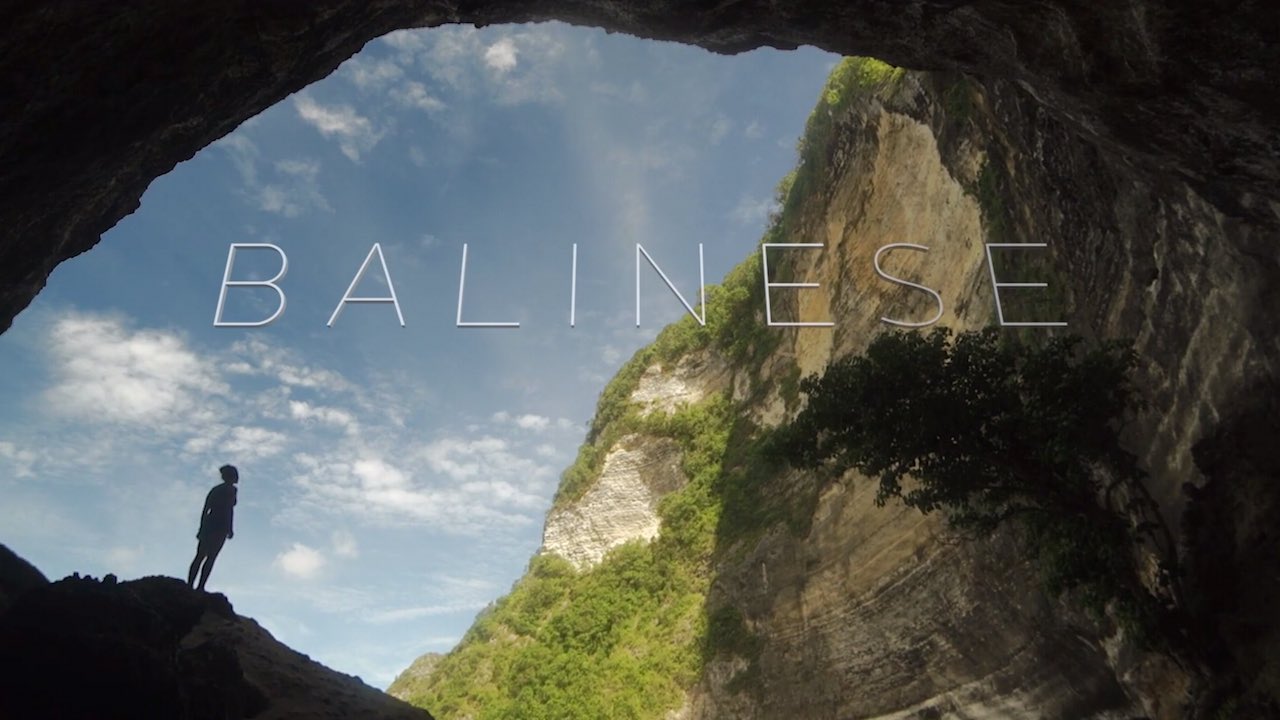 Welcome to our series of 100 interviews we will be holding with professionals who use mirrorless cameras for their work! Since these cameras are excellent tools for both stills and video work, we decided to share the experience of a professional filmmaker for a change. 🙂

This week’s interview is with Brandon Li, a talented director, cinematographer and video editor from Los Angeles who is constantly travelling the globe. He switches between commercial work and original documentary-styled videos shot with his Sony A7s during his many journeys around the world. His work is very popular on Vimeo and has been selected as “Pick of the week” more than once. We first came across Brandon’s work on Sonyalpharumors.

Visit Brandon’s website and check out his work on Vimeo.

All images and videos in this article are property of Brandon Li and are published with permission. 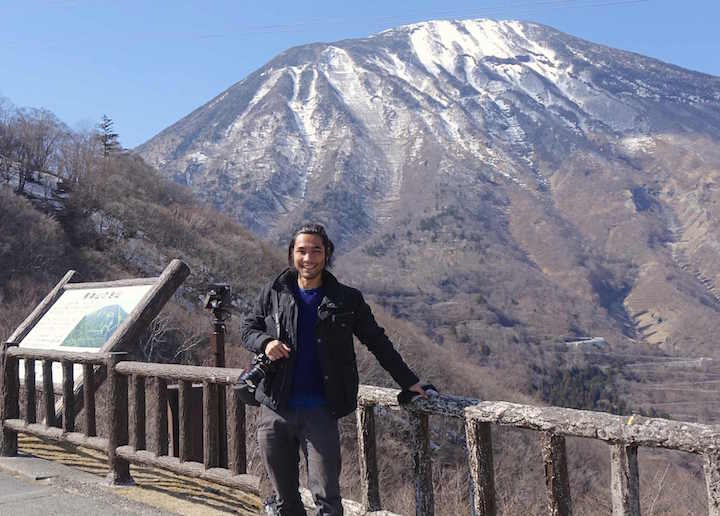 MirrorLessons: Who is Brandon Li in three simple sentences?

Brandon Li: I am a global nomad and a filmmaker. I’m a lifestyle minimalist. I’m forever curious about the ways that people preserve their cultures around the world.

ML: You decided to sell everything and travel the world with nothing but your laptop and camera. What prompted you to make that decision?

BL: I was living in Los Angeles, working in television. I generally felt out of place there; I didn’t like the emphasis on materialism and status. I wanted to just wander around and see the world. A friend of mine offered me a gig shooting for Etihad Airways in Abu Dhabi, so I took the leap and flew out there. I shot in the middle east, and they also sent me to Australia and France for shoots, and then in my free time I hopped around to many other destinations I had always wanted to see.

ML: Your goal is to capture as much beauty in the world as you can see and based on your videos, it seems that beauty for you is found in people. You are always very close to them. They act very natural and seem to accept your presence. How do you interact with the people you film? Does it take time to gain their trust?

BL: Sometimes I have a guide/translator who introduces me to them and asks permission; sometimes I approach and simply smile, pointing to the camera, and wait for them to nod. If someone spends too much time looking at the camera, I will take a step back, or ask them to look away from me. If that doesn’t work, I will stop filming and simply hang with them out until they are comfortable with me. Then I’ll resume filming.

ML: One of the most interesting characteristics of your videos is how you mix two completely different scenes together. It creates great dynamism and a rhythm that constantly escalates. For example, at the end of “Balinese”, you put scenes featuring a young fisherman trying to catch a fish, a young boy ready to jump into a river and a religious exorcism together. Do you make these decisions while editing or do you come up with these ideas while shooting?

BL: I never really know how I’ll put the scenes together while I shoot. I usually just wander around and find cool stuff, capturing as much as possible. Editing it all is like putting together a jigsaw puzzle with no reference picture.

For the ending sequence of Balinese, I knew I wanted the boy’s leap to be a climactic moment, and I wanted the kecak ceremony (exorcism) to be part of the climax as well. I gradually added other elements to heighten the drama, figuring it out via trial and error. It was a very slow process and took several days.

ML: You also seem to dedicate a lot of time to sound design. Do you record most of the sounds on location or do you look for them in sound libraries?

Most of the sounds come from sources like Pond5.com and other sound effects libraries. I combine those sound effects with a little in-camera audio. Basically, if it’s a common or generic sound (wind, water, etc) I will use a sound effect. If it is a very specific sound (voices in a market in north India) I will record on-location.

ML: In Tokyo Roar, you chose to include a voiceover as the main soundtrack (“Tiger”, a poem written by A.D. Hope and narrated by Tom O’Bedlam). However, you seem less keen to include interviews or simple statements recorded on location from the people you film. Is this a precise artistic choice?

BL: I have a pet peeve about interviews. As much as I respect other films that utilize them, I think interviews are less cinematic than simply showing what the person is talking about. In that sense I’m not really a traditional documentary filmmaker at all. I much prefer verite footage that captures spontaneous moments and feels like a slice out of a narrative film.

For Tokyo Roar, I didn’t want the voiceover to actually explain anything. I wanted it to set a mood, then leave the meaning to the audience’s interpretation.

ML: In many of your videos, there are always some shots where the people pose for you while you slowly move forward with the camera. What kind of accessories do you use to make these movements smoother?

BL: For those shots, I just hold the camera and slowly move it. Usually using no external gear at all. It kind of looks like tai chi when I shoot that way. In post, I smooth it a bit more using a stabilizing effect. Recently I’ve been experimenting with shooting on small gimbals like the Nebula 4000. While I don’t enjoy the added hassle of external gear, I might start using gimbals for longer shots where the camera covers large distances.

ML: You recently switched from using a Canon 5D mark III to the Sony a7s. What convinced you to switch to the A7s? We can imagine that one reason was the low-light capabilities, but were there other features that grabbed your attention?

BL: The main reason I switched to the a7s is because it provided a sharp 1080p picture in a compressed format (XAVC-S). I was previously shooting Magic Lantern raw on the 5dmkIII, which was the best color I have ever seen from a camera, but also prohibitively labor and storage-intensive. I would use up a 4TB hard drive in a matter of weeks storing raw files. Now with the a7s I can make that hard drive last for months. Plus the camera and its lenses are smaller as well. As a nomad living out of a suitcase, every square inch of space matters. 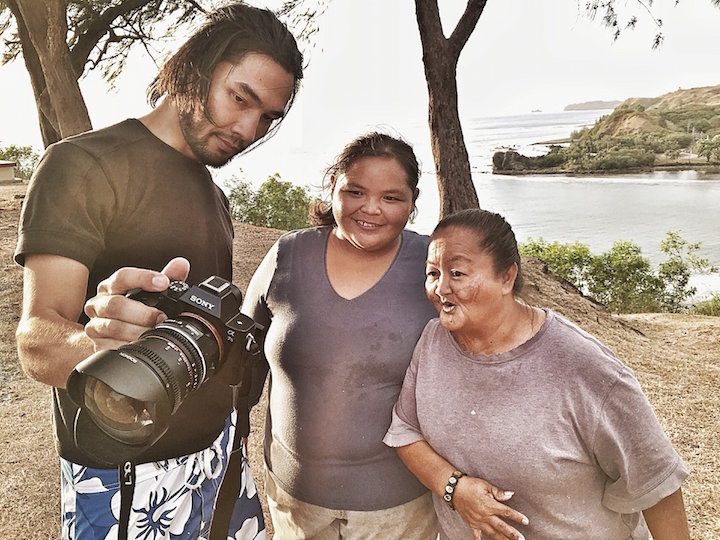 ML: Some of our readers will definitely be interested in knowing what your favourite settings are for shooting video with the A7s. Which picture profiles do you use and which lenses?

ML: Besides your camera and laptop, do you have any other essential accessories? What do you put inside your backpack when you travel the world and record images?

BL: I always carry velcro for fastening my hard drives to the back of my laptop. I carry a small squeeze air pump for blowing air from the a7s sensor. Other little essentials are: sticky labels for hard drives, twist ties for bundling cords, extra lens caps, universal power plug adapters, lens cloths, and a cheap plastic bag rain cover for the camera.

ML: The A7s is known for its great video capabilities but it also takes excellent stills. Do you shoot a lot of photos in addition to video?

BL: I almost never shoot stills. It’s really too much to think about when I’m also shooting video. I’m in the process of moving to 4k, so I will start pulling stills from my videos.

ML: Let’s share a few numbers: how much time did “Balinese” take to complete (filming and editing) and how much footage did you record?

BL: Balinese took about 12 shooting days over the course of a 30-day stay on the island. I shot 800GB of raw footage, which is roughly 30 hours. Editing took about a month of work in my free time.

ML: What is the most important piece of advice you could give an aspiring travelling filmmaker?

BL: Go somewhere unusual. Or film an unusual side of a popular place. If you’re struggling to find your own style, go ahead and imitate your favorite filmmakers for a while. You’ll eventually stop imitating because you will develop a stronger point of view and realize you have something unique to say. And try to push yourself outside your comfort level – but stay safe and do your research beforehand.

ML: Last question: where in the world are you headed next?

BL: I’m currently in Mongolia filming eagle hunters and camel racers. After this I will go to Dubai for a commercial shoot, and possibly Israel later this year for a short film shoot. I might also go to LA for some more commercial work.