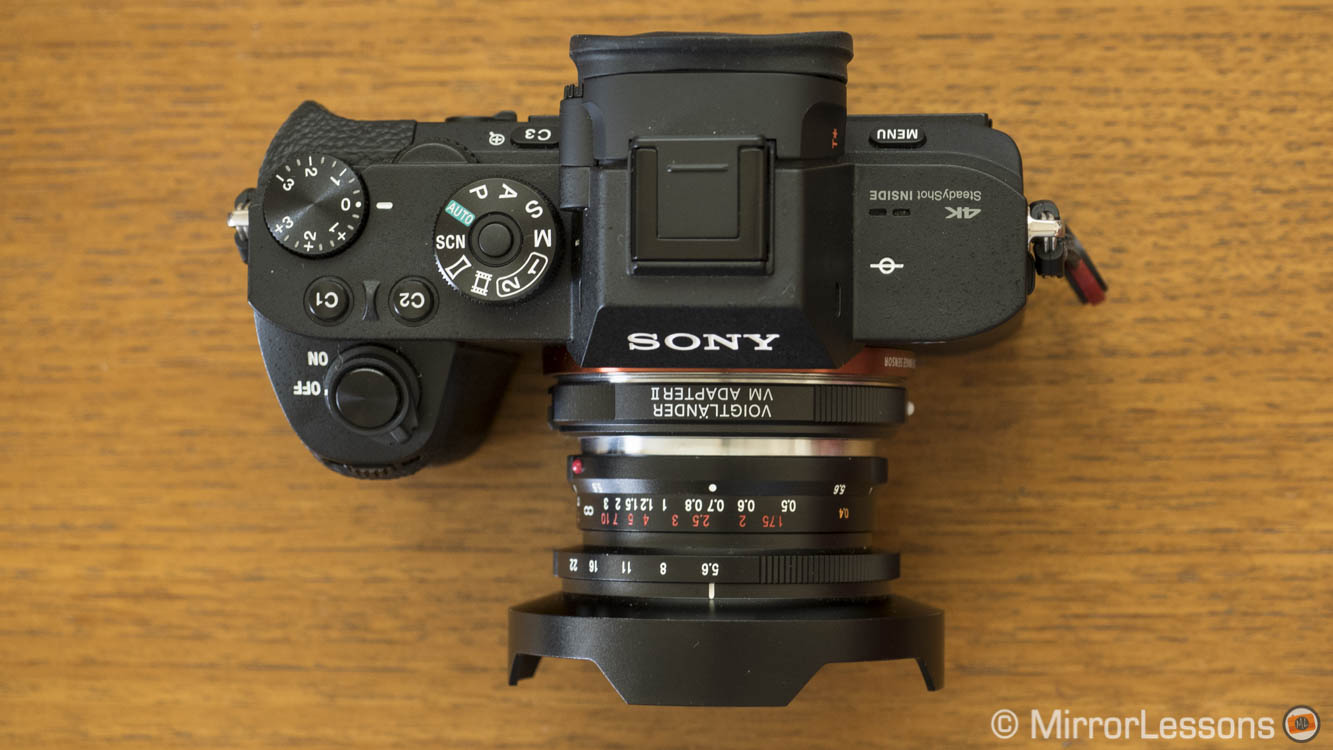 Today Voigtländer announced three new Heliar lenses, the company’s first series with a native Sony E-mount. This announcement is not that surprising given the increasing interest in the company’s VM lenses designed for the Leica M mount system.

The 10mm is brand new and doesn’t have a VM equivalent. Voigtländer will also release an M-mount version of this new lens.

As a matter of fact, this lens is the world’s first 10mm for a full frame/35mm format camera.

The 12mm and 15mm lenses are based on the current VM versions. What’s new is that these E-Mount lenses will have electronic contacts so that the camera will be able to record exif data, including the focal length. Also, when using the focus ring, you can automatically activate the focus magnifier assist as you can do with the Zeiss Loxia lenses. Since the lenses will also communicate information such as the focusing distance, the A7 mark II series should be able to use 5 axis sensor stabilisation instead of only 3 axis.

Voigtländer also mentions (in a somewhat cryptic paragraph) that the E-mount lenses will have stepless aperture control. Does this means that the aperture ring will have a de-click mechanism, or that you will be able to switch between a clicking and click-less mechanism as you can do with the Micro Four Thirds series?

What is not yet clear is whether the 12mm and 15mm are optically upgraded versions optimised for Sony sensors. Voigtländer doesn’t really go into too much detail but it does state that there will also be a 12mm version III (the current is version II) available for the VM series.

Unfortunately for now there isn’t any additional information to share except that we won’t see the lenses before Spring 2016. In the meantime, you can read my recent article about using the A7r mark II with some Voigtländer VM lenses here.

Do these new wide-angle Voigtlander lenses interest you? Why or why not?