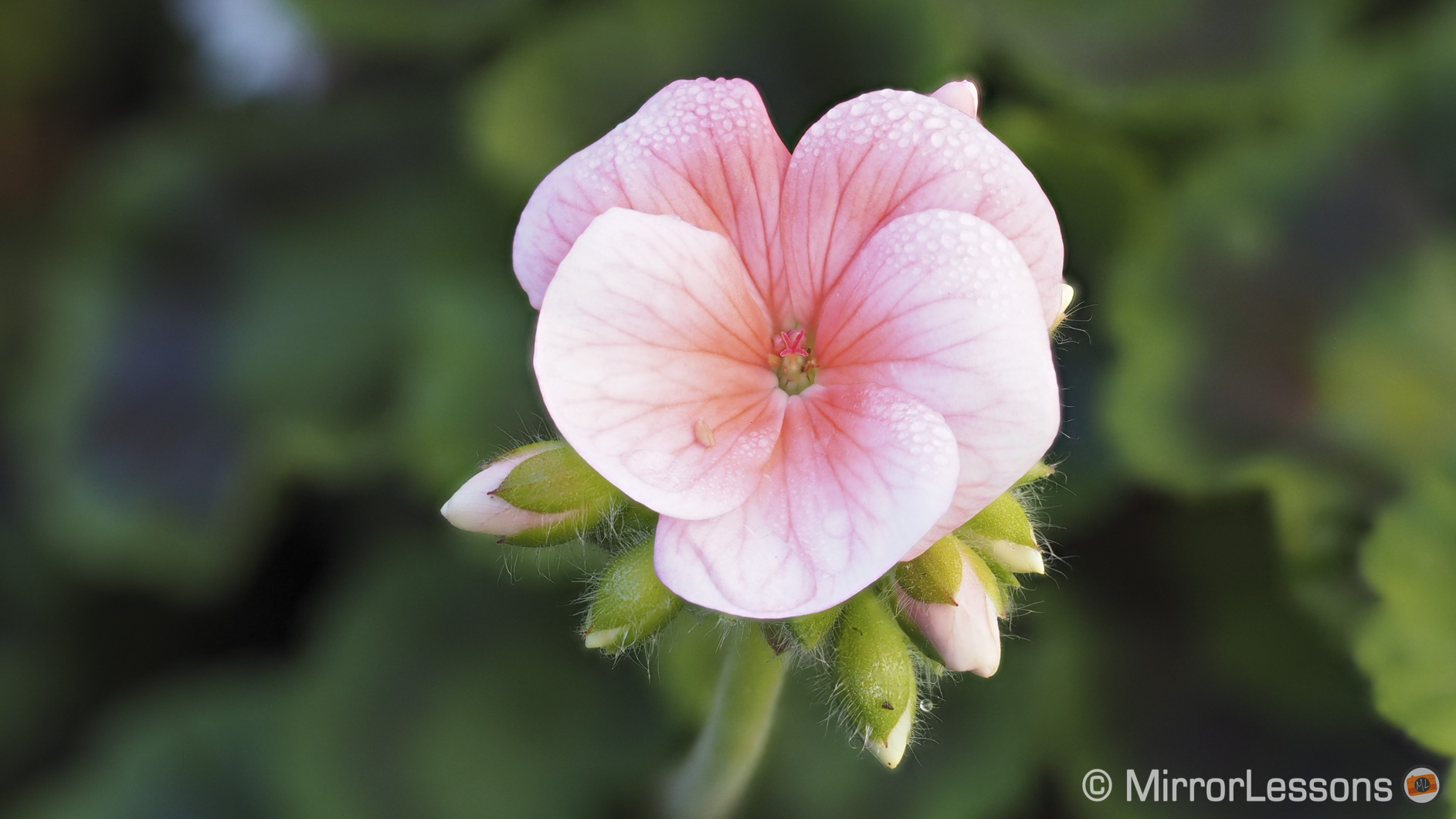 The OM-D E-M1 may have just celebrated its second birthday – a lifetime in technological terms – but it remains just as relevant as it was when it was first released. How is this possible? Well, it is partly owing to the numerous firmware updates Olympus has released to keep the flagship model up-to-date.

The latest update, firmware 4.0, gives the E-M1 numerous features first seen on the OM-D E-M5 II and OM-D E-M10 II. In our opinion, the most important are:

In addition to these inherited features, the OM-D E-M1 has also received one exclusive new feature called Focus Stacking Mode, which can be found in the Focus Bracketing menu.

Like the Focus Bracketing Mode, it allows you to shoot macro shots with a depth of field larger than the minimum aperture of your lens. The difference is that it merges the shots into a single image in-camera.

Update: You may wonder why the Focus Stacking mode has only been implemented on the E-M1 and not the other recent OM-D mark II models. Olympus explained that the E-M1 has a larger buffer capacity and as such, it is the only one capable of handling the calculations required to stack the images. The process of merging the High Res Shot on the E-M5 II requires fewer calculations and this is why the E-M5 II has a smaller buffer capacity.

Overall the new Focus Stacking feature works surprisingly well, but it isn’t without its caveats. You can only take 8 shots per burst and the resulting image is always a JPG file, meaning that your exposure has to be spot on. The camera also crops 7% of the borders of the final composited JPG, so your original composition will never be exactly the same as the final image.

What’s more, any movement, be it your body or the subject, may result in one of three things: an imperfect merge, failure to produce a composite, or an error message. Regardless of the result, the camera will always save the eight original shots.

The last point may lead you to think that you cannot perform Focus Stacking hand-held but this is far from the case.

Since the burst is very quick, it is possible to achieve a clean composite as long as you activate the 5-axis stabilisation and keep yourself steady. As always, the closer you focus, the more the micro-movements produced by your body will interfere with your ability to maintain the same composition throughout the burst.

Of course, to achieve the best results with Focus Stacking, it is a good idea to photograph static subjects in an environment without wind.

The results are rarely 100% perfect, with halos/blurring sometimes appearing around the subject and in scenes with lots of overlapping elements, but it is a useful for those who want a quick and easy stacking solution.

I personally find that the stacked JPG works well as a “preview” of sorts, as I like to have complete control over the end result. Since the camera also records the 8 shots to the memory card in both Raw/JPG format, you have the option of merging and retouching them in post-production later on if you really feel the image is worth the effort.

The E-M1 has also received a new option for focus bracketing/stacking and flash: you can set the recharge time of the lamp between each shot if you are using third party units. With Olympus flashes, it will do it automatically. Note that the shutter speed is limited to a maximum of 1/13s since the camera uses the electronic shutter in this mode.

Happily, the Focus Bracketing bugs that appeared on the E-M10 II seem to have been resolved with firmware 4.0. The camera used to freeze after a burst or two, and the only way to get it working again was to turn it off or remove the battery. This doesn’t happen on the E-M1.

It is also important to note that this mode currently only works with three M.Zuiko lenses: the M.Zuiko 60mm f/2.8 macro (the lens I used for this article), M.Zuiko 12-40mm f/2.8 PRO and M.Zuiko 40-150mm f/2.8 PRO. If you try to use it with other lenses, you’ll notice that the option is blacked out in the menu.

The movie specs of the OM-D E-M1 have also been updated to (nearly) match those of the OM-D E-M5 II, the closest you’ll find to a film camera in the OM-D line-up.

We get features like movie info display, movie record start with release cable (RM-UCI), time code setting support, and Slate Tones to facilitate the synchronisation of audio and video when using the Olympus Linear PCM Recorder LS-100 via USB cable. But more importantly, we now have support for 24p/25p frame rates, movie image stabilisation with 5-axis IS and 4K time lapse. The only movie feature the E-M1 won’t receive is the Picture Mode Flat, a new picture profile reserved for the E-M5 II via firmware update 2.0. Unfortunately, the firmware update doesn’t include the ALL-Intra codec at 72mbps that the E-M5 II has, nor the 50p or 60p capabilities.

Of all these settings, we find the 5-axis stabilisation for movies the most exciting. This is because it gives an added fluidity to your shots, so much that it almost seems you are using a steady cam. The E-M5 II was the first OM-D camera to natively use 5-axis stabilisation for video, while the previous models all used 3 axes. Like the other OM-D mark II models, you can choose between M-IS 1 and M-IS2. The former will use both sensor and software stabilisation which slightly crops the frame. It is best for static shots since it can produce an unpleasant jello effect when you are moving. M-IS2 on the other hand is better suited to movement. Note that with both options some unwanted sensor shifting can occur when the camera overcompensates for shakes.

4K Time Lapse was something we’d already tested on the E-M10 II. In all honesty, we find it less a useful feature and more a gimmick that was thrown into the mix just to prove that Olympus is on the 4K bandwagon. At only 5fps, the resulting movie clip isn’t very fluid. Things improve only a little in Full HD (15fps) and you get 30fps in HD ready (720p).

Below you can find a complete list of all the updates you can expect when you update the firmware in November. Most are also available on the E-M5 II (via firmware update 2.0) and E-M10 II (natively).

Fujifilm was one of the first mirrorless camera brands to regularly release firmware updates for their existing cameras, and it is wonderful to see that Olympus has also jumped on board. By updating the OM-D E-M1 with all the latest specifications, not only are they prolonging the life of their flagship camera but they are also instilling brand loyalty by taking care of their existing user base.

What’s more, with the introduction of Focus Bracketing/Focus Stacking, the camera has also become one of the most interesting products for macro photographers. It can easily become one of those features that you can’t live without if you like this genre of photography.

With all the amazing technology we’ve been seeing from Olympus over the past few years, I am very eager to see just what the second generation E-M1 will bring to the world of photography.

How about you? Are you looking forward to the OM-D E-M1 II?