You are here: Home / Galleries / Fujifilm Gallery / Film Simulation Gallery with the Fuji X70 – Sample Images from Aberystwyth and Barmouth 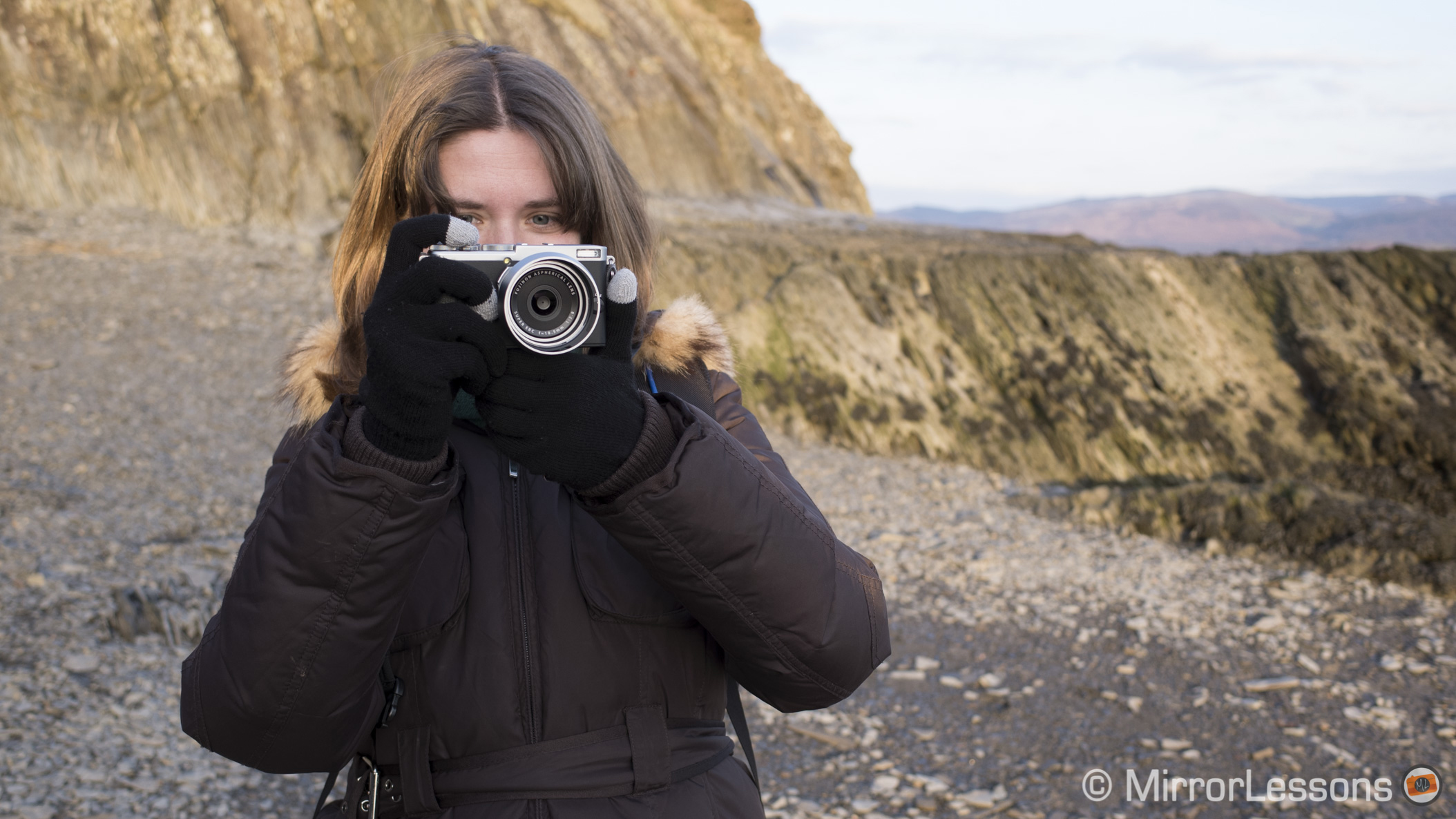 I never would have predicted this, but it turns out that the 28mm focal length and I get along like a house on fire.

Since purchasing our Fujifilm X70 from the good people at London Camera Exchange in Chester last week, I’ve had the chance to use the camera for a mix of landscape and street photography around Mid-Wales, and for neither genre have I found myself missing something slightly wider or longer. This contrasts my experience with the X100 series, whose 35mm equivalent lens I always found somewhat limiting (but Mathieu thoroughly enjoyed).

Admittedly, this might be the honeymoon stage but so far, my impressions are mainly positive. In fact, it may be the Fujifilm camera I’ve had the most fun using apart from the Fujifilm X-T1!

Before progressing to the full review, I’d first like to share a sample image gallery for you to browse through. Each image is accompanied by a short anecdote from the day.

For the purpose of the gallery, I used the X70’s Film Simulation Bracketing mode, which lets you take three different film simulations of the same shot. As such, all the images here are unedited OOC JPGs with the exception of a minor crop performed on the first set of shots.

No sooner does the New Year begin than do you start seeing signs of new life in the farmers’ fields in Wales. Little lambs become a common sight, alternating with equal fervour between chasing one another through the fields and hunting down their mothers’ milk. There isn’t anything that raises the spirit quite as much as watching these babies … or photographing them!

And while we’re on the topic of sheep, here is a story we hope not to repeat! While exploring the hilltops behind Barmouth, we wandered into a field much like any other, except that the sheep didn’t flee when they saw us coming. Unusual, we thought, as sheep aren’t the bravest of animals. Then the bleating began. First one, then another. Before we knew it, visions of white were cascading over the hills toward us from every direction. By the time we had turned on our heels and reached the gate through which we had come, nearly twenty of them were hot on our heels. Did we escape certain death by the skin of our teeth? Or had they simply mistaken us for farmers bearing food? I guess we’ll never know!

My accent may not give me away as being British but my tea drinking habits certainly do. Whenever Mathieu and I go out on a photography trip for the blog, a tea and coffee stop is sure to be a part of it!

One of our favourite places to stop for tea is Murray’s Cafe Bar in Barmouth. Since there is no 3G in the area, we often end our walks at the cafe to take advantage of the free WiFi and enjoy some of the best cakes in the area.

Following a cloudy hour of photographing the red kites at the Bwlch Nant yr Arian reserve, we were greeted with five fleeting minutes of sunshine. Here you can see the first rays of sunlight flowing down the tallest hill, moving like molten chocolate on birthday cake. My only regret is that, in my excitement, I forgot to switch to a slower aperture – this is what happens when you live in a country where sunshine is the exception, not the rule!

If you walk up to the top of Pen Dinas hill where the ruins of Aberystwyth Castle lie, you get an impressive view of the Aberystwyth seafront, pier, old college and far off in the distance, Constitution Hill. Few cities are quite as beautiful as Aberystwyth when the sun shines, or quite as bleak when it rains!

On one side of the Dyfi Estuary lies Aberdyfi, and on the other, the Ynyslas National Nature Reserve. So low is the water at low tide that you could almost walk from Aberdyfi to the opposing coastline were it not for the quicksands and marshes. The area is home to an internationally important peat bog and a vast ecosystem of wading birds, insects and rare plants.

The Aberystwyth Marina is home not only to many boats but also to a variety of birds, from seagulls and swans to Canada geese and mallards. We even spotted a few turnstones and a skittish pied wagtail but they were too camera-shy to be photographed.

In the 1870s, a Frenchman by the name of Auguste Guyard used to tend to the terraced gardens on the steep slopes of Dinas Olau above Barmouth, planting herbs, flowers, vegetables and medicinal plants for the poor. He came to Wales after fleeing the siege of Paris during the Franco-Prussian war and upon his death, requested to be buried on the slopes he had once tended with such care. His grave is hard to miss.

10. The Streets of Aberystwyth

Aberystwyth may not be as exciting or vibrant as say, London or Birmingham, but it is a fun city in which to do street photography thanks to the colourful buildings, higgledy-piggledy streets and buzzing student population.

Our full review of the Fujifilm X70 is now online but if you have any burning questions, don’t hesitate to leave us a comment below!