You are here: Home / Guest Post / My Mirrorless Revolution – or “How I Learned to Stop Worrying and Love The Fooj…and the Q” 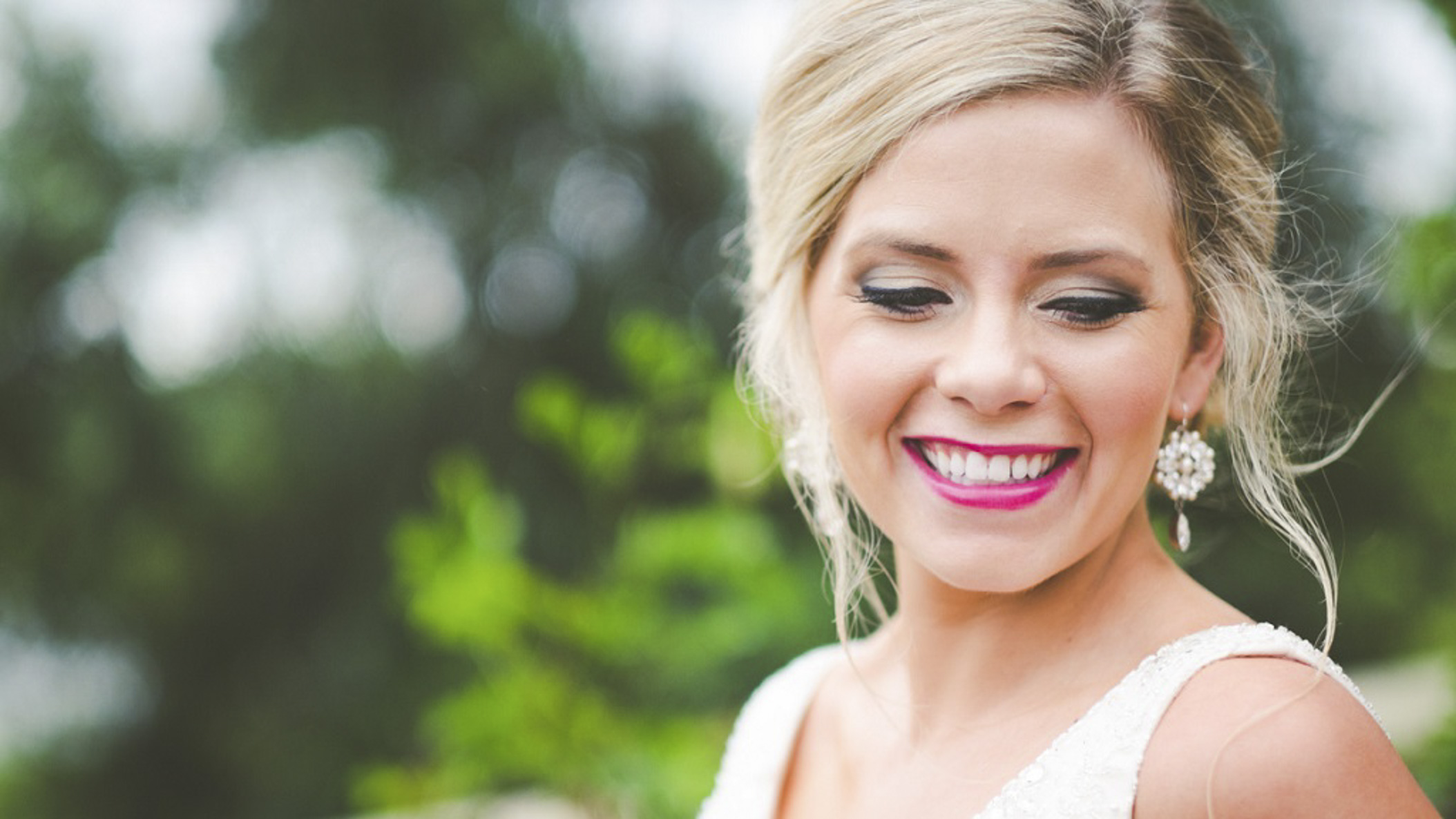 I have a problem. Step one is always admitting it. In fact, I just keep walking in circles on step one. I’m not an alcoholic and I don’t have a drug addiction…well, not a drug of the illegal variety. My drug is gear. I suffer from the worst GAS of anyone I know. It’s embarrassing, but not really. I’ve learned to live with it, and my friends have as well. They’ve also learned not to walk behind me, because yes, my GAS is contagious. You don’t want to be around when my GAS hits, because you will be engulfed in it and then you too will suffer from its effects.

Now, I know what you’re thinking – what the hell is this guy talking about? That’s disgusting! It is disgusting indeed. Except my GAS is different. My GAS is my drug. It is Gear Acquisition Syndrome. I suffer from it and it is real. That is my caveat for you as I begin to write this article.  I ask you to keep that in mind as I lead you on an internal struggle with what I really love about photography. Do I love the art or do I love the gear? Well, both actually, but there came a point in this four year journey from photo newb to where I am today and where I see myself in the future – I have goals, you know. That point was about 18 months ago and my GAS hit me at a weak moment and in that moment of weakness, my impulsiveness got me that hit that I craved, and I haven’t looked back. This is the story of how I began to let go of the DSLR crutch and embrace the mirrorless revolution.

Nobody likes their photograph taken. At least most people that I know don’t. I don’t. In fact, I hate being in front of a camera.  As a documentary wedding photographer, my goal is to observe, not orchestrate (thanks Kevin Mullins, another Fuji guy in the UK for that line).

At weddings, I feel as though it is my job to simply tell a story, not write the story. I simply want to capture the day as it happens and not influence it in any way.

When I began to photograph weddings three years ago, I thought that in order to be a professional, you had to have a big, professional-looking camera. Otherwise, nobody would take me seriously and I wouldn’t get hired. That is a common feeling among many photographers.

That really was the root of my gear acquisition syndrome. I constantly felt like I needed more gear to get the job done, to get better, to be taken seriously.

Over time, I have learned, slowly, that newer gear isn’t what was going to make me better, but instead practice and learning everything I could from any photography source I could get my hands on was what would fuel my improvement. But that point I told you about that happened a year and a half ago was when I realized that it wasn’t how I looked as a photographer that would earn the respect of clients and in turn get them to give me their money; it was the quality of my work! I had gotten fairly consistent with it and I was doing just fine with my full frame Nikon gear. Yeah, it was big, heavy, and “professional” looking. I was on a good run.

But one day, I came across an eBay listing for a little, retro-looking thing called a Fujifilm X-E1 that was being sold with two old film-era Minolta lenses. The price was right and my interest was piqued. I immediately was hooked on just how good the quality was out of this little camera and these old lenses! What fun it was to manually focus that old glass and see the ridiculous film-like colors come out of the camera! I took it to a Halloween carnival with my family and was able to get shots like this with that basic little set-up and I was officially blown away.

After a month of playing with the older X-E1 and manual film-era lenses, I wanted to really dip my toes into the Fujifilm stem. I wanted to try their newer bodies and their very highly regarded X-Series lenses.  So I picked up an X-T1 Graphite Silver Edition. Despite being the most beautiful looking camera I’ve ever owned, this thing was just love at first click. I took it with me to an engagement session and from that point on, I have been 100% hooked. You can take my Fuji when you can pry it from my cold dead hands. I was able to get images that looked just as good as those from my full frame DSLR’s out of a tiny little camera that looks and feels like a million bucks in my hands. Why did I ever carry around all that weight with two DSLR’s with battery grips and big, huge lenses? The X-T1 was incredible to me. And the 56mm f1.2R and 35mm f1.4R had magic in them. I could not believe just how good this system was.

I had seen enough at this point to trust implementing this system into my professional work. I knew then that I could use this system at weddings, engagement sessions, bridal sessions, and anything else I could throw at it. (Well, maybe not sports, but Fuji is constantly making their cameras better and better with amazing firmware updates.  Shooting sports is not a pipe dream with this system.)

I have recently upgraded to the brand new and amazing Fuji X-Pro2. What a dynamite camera this is! Fuji just knows how to listen to its customers. Dual SD card slots? Yes! Faster autofocus? Uh huh! A brand new, 24 megapixel X-Trans sensor? Drool! Gorgeous, retro sexy-time looks? You know it! And in addition to the X-Pro2, with its dashing rangefinder good looks, I’ve also added the Leica Q to my arsenal. These two cameras are simply unreal. I carry them with me to every shoot, and they complement each other very well. I can throw my 56mm f1.2 (85mm equivalent) on theFuji (or “The Fooj” as I lovingly refer to it as) and the use the 28mm Summilux lens that is built into the Q and shoot an entire session. Slap those two puppies on my leather Holdfast Moneymaker and I look like I need a handlebar mustache and some rolled up denim – because I’m just about getting my hipster on at level 10.

Now don’t get me wrong. There is still a need for my DSLR system. I am still using my Nikon all the time, but I have whittled my DSLR kit down considerably. I am now down to just one DSLR and 3 lenses. Those three lenses are amazing, and I love them. Two of them I could probably sell and never look back, and the other is one of my favorite pieces of glass ever, the Nikon 58mm f1.4G. Paired with my Nikon Df, it’s magical.  But so much of my DSLR gear has been sold because I just don’t need it anymore. The mirrorless world has given me the confidence to use it and it just works for me. I have replaced the big, hulking f2.8 zooms with much smaller, lighter, gorgeous primes.  These little lenses are so stinking sharp. And so freaky accurate. I can honestly say that the accuracy of autofocus with the Fuji and Leica mirrorless cameras is much better than my DSLRs. That’s not saying that it nails continuous focus with face paced action, but the accuracy of the focus is dead on. No more AF fine tune business. It’s focusing right to the sensor. What you see, is what you get.

These are the reasons that I have the confidence to continue making my mirrorless system much more involved in my professional work. It is a system that gets the job done at a fraction of the weight and a fraction of the cost. The quality of the image is what matters the most to me and my Fooj-Q setup is just mind-blowingly good.

Another reason that I have embraced the mirrorless revolution is because of the size and non-intrusive nature of the cameras. Like I said at the beginning of this post, nobody likes to have their photo taken. Since I truly want to remain a fly on the wall when I am shooting a wedding, I don’t want my subjects to be intimidated by some stranger with a giant camera and lens clacking obnoxiously in their face. These small cameras allow me to go unnoticed much more often. I can shoot from the hip with the X-T1’s fantastic articulating LCD screen. I can be in some very quiet, intimate settings on a wedding day and capture some beautiful moments without interfering, and sometimes without the subject even realizing I am there taking a photograph. It is this kind of freedom that I believe has really made me a better photographer. I am able to capture real, unscripted moments without altering them. This is an amazing feeling. It allows me to do what I really love; tell the story without influencing it.

I’m so glad that I took a $300 chance on a cheap old used camera and two old film era lenses on eBay a year and a half ago. It changed my perspective on photography and has made me a far better photographer. I know that mirrorless isn’t for everyone…yet. Some people need 11 frames per second shooting with blazing fast AF tracking. And big, professional looking gear. I don’t. So for me, it has not only been a revolution in technology, it has given me a creative revolution.  I think differently, I see differently, and I shoot differently when I’m carrying these little gems. It’s almost like cheating. SHHHH. Don’t tell anyone I said that.

Below are a few more of my favorite images shot with my mirrorless kit. You can check out more of my work on my website, Lone Oak Studios.