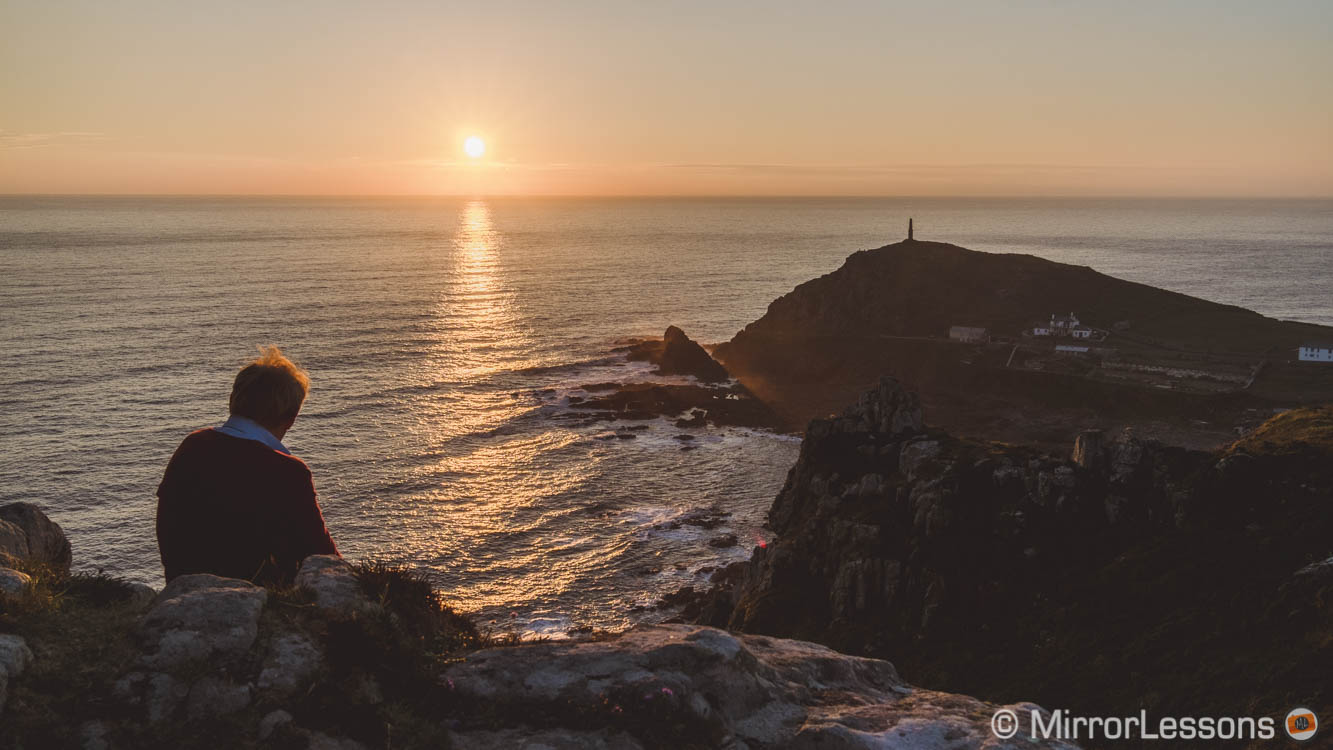 The nice thing about reviewing cameras and lenses is that you are always out taking photographs. However the massive amount of work that goes into reviewing gear can make it difficult to simply enjoy taking pictures as a photographer and not a tester. Two weeks ago I finally had the chance to break away from the blog and social media, and savour one week in Cornwall doing what I like the most with photography: travelling.

It would be a lie to say that the pictures taken won’t serve their purpose in upcoming reviews but for once it wasn’t the main purpose. I didn’t worry about sharpness tests or getting good flare examples. Rather I enjoyed the scenery, exploring the southern most region of the UK for the first time and capturing beautiful landscapes and details to keep as memories.

For a travelling photographer, the journey usually begins with a camera bag and various attempts to organise everything inside.

I want each item to have its specific place so that I know where to find it at a glance when I need it. I brought the Tenba Cooper 13 Slim (review here) with the Fuji X-Pro2 (review here) and three Samyang/Rokinon lenses, the 12mm f/2, 21mm f/1.4 and 50mm f/1.2. It might seem odd to you but since starting this website, I’d never had the chance to test some of these manual focus lenses designed for mirrorless cameras. Other items included in the bag were two spare batteries, an air pump, a cloth, a TriggerTrap release cable, a Lenspack and a set of Lee Seven5 filters. I also had a small Giotto tripod in a soft carrying case.

The first thing I like about travelling is that the photographic journey begins before reaching the destination.

We travelled by car and stopped in Dorset, followed by Paignton. We didn’t start with the greatest weather but we visited some interesting places to photograph nonetheless: a good way to warm up before reaching the main location.

Down in Cornwall we were based in Marazion, a lovely little town with one of the main attractions in the area: St. Michael’s Mount. It is a rocky island with a medieval church and castle on top that was built in the 12th century. Today it is still home to a living community. To reach the island you follow a rocky causeway when the tide is out. Otherwise you need to take a shuttle boat.

Because we were based there, I had the chance to photograph the mount at different times, both when visiting the island and when passing by it to reach another location. This gave me the opportunity to capture it’s beauty in different light conditions.

Chasing the optimal light is one of the main challenges when travelling.

There are some locations you can visit more than once. If the first visit doesn’t satisfy you (such as a cloudy or rainy day for example), you can go back when you know the weather will be more favourable. With other locations however you only have one chance so you are forced to make the best of it. Below you can see four pictures of St. Michael’s Mount taken at different times over the seven days we were there. Light always makes a big difference.

I chased the light in other locations too. One of them was the Levant Mine on the west coast, probably one of my favourite spots. There are lots of old ruined tin mines in Cornwall. The one in Levant was active between 1820 and 1930 and is the only one in the world that is still functional on the original site. Unfortunately both my visits were late in the afternoon when it was closed to the public so I couldn’t see the inside or the underground areas. Still, what’s on the surface is worth exploring for a few hours.

The first visit to Levant was on a very cloudy day. I made the best of it by concentrating on my composition. However I knew I had to come back. At this time of year, the sun sets over the sea right in front of the mines and the ruddy soil shines in the evening light. So I drove back a second time to enjoy a warmer light. It didn’t last very long but it was enough to capture interesting pictures.

A second sunset chase happened in Cape Cornwall, another beautiful location on the cost with other mine relics. The first time was cloudy once again while the second evening gave us some stunning light while I was observing the scenery from a different spot.

This is what is interesting about visiting the same location a second time: you can explore new paths and new points of view.

Of course there are some locations I could only visit once and I had to deal with the light conditions available at that moment. Cloudy days will give a flatter look but because the weather is rarely static in this country, even some weak rays of sun temporarily streaming through the clouds can enhance the results. You can also take advantage of the clouds for some dramatic backlit shots or look for different points of views.

A beautiful sunny day can sound great at first but in the middle of the day the light is harsher and creates more contrast. The shadows in the dramatic location of Kynance Cove in the Lizard area can be very sombre indeed. But those dark rocks also add lots of contrast to the very bright sand and provide opportunities for unusual compositions.

Walking to the top, I took multiple images in a sequence to create some panoramas. They give a larger view of the scene which is a good way to capture this very special corner of the Lizard peninsula. Kynance Cove is considered one of the most beautiful spots on the South-West coastline. It is also one of the most photographed and painted locations in Cornwall.

The Lizard area includes a “must-stop” location: Lizard Point, which is the most southerly spot of England. The Lizard peninsula is also known for some of Marconi’s pioneering radio experiments that later gave birth to modern communication. The Lizard Wireless Station, created by the Marconi Company at the end of the year 1900, is just nearby. From Lizard Point you can also see the French cost if the horizon is clear enough.

Another aspect of Cornwall I really appreciated were the small fishing villages. I loved the vivid colours of the fishing boats and you can photograph lots of details that represent this traditional vocation. Good light always helps but you can get good shots even in poor light, especially if you concentrate on smaller portions of the scene and use a shallower depth of field.

Nestled within these villages are also a number of very old houses. Some of them have a thatched roofs made of dry vegetation such as straw, water reed, sedge, and so on. It is a very old roofing technique and is another distinctive element of Cornwall’s architecture. Some decorations or other elements like the main door entrance or a window can also be very characteristic.

Like many modern holiday destinations, Cornwall is full of cafés and fish restaurants. You will find the Cornish Pasty on every street corner, a traditional recipe of Cornwall that is historically the main meal of the tin miners. Cornish ice cream and cream teas are two additional famous culinary products.

Like the rest of the UK, Cornwall has some very interesting gardens to visit like the Eden project and the Lost Garden of Heligan where you can admire large sculptures made of mud, rock and plants.

The last day was a relaxing day before a long drive home. It gave me the opportunity to take a few extra shots on the beach in front of St. Michael’s Mount where teenagers were docking their sailing boats against a strong backlight that created interesting silhouettes.

During our trip back home, we went through Dartmoor National Park where you can enjoy stunning scenery, sheep sitting in the middle of the road (they rule the roost!) and wild horses.

Back home, the most difficult part was yet to come: to make a final selection from all the pictures taken.

It is never easy to select your our own photos but it is also a part of the journey I enjoy a lot. Not only does it help to keep the memories vivid in your mind but it is also very important to be severe with yourself and reduce the number of pictures to the essential. In this article there are nearly 40 pictures (which is a lot already), selected from a first batch of more than 200 (800 taken in total in almost ten days). For those curious about the post-processing, I decided to use the Rebecca Lily presets. They have a very delicate and subtle colour palette and suit the type of light and contrast I captured during those ten days very well.