You are here: Home / Interviews / Street Photography on the Streets of London – An Interview with Craig Reilly 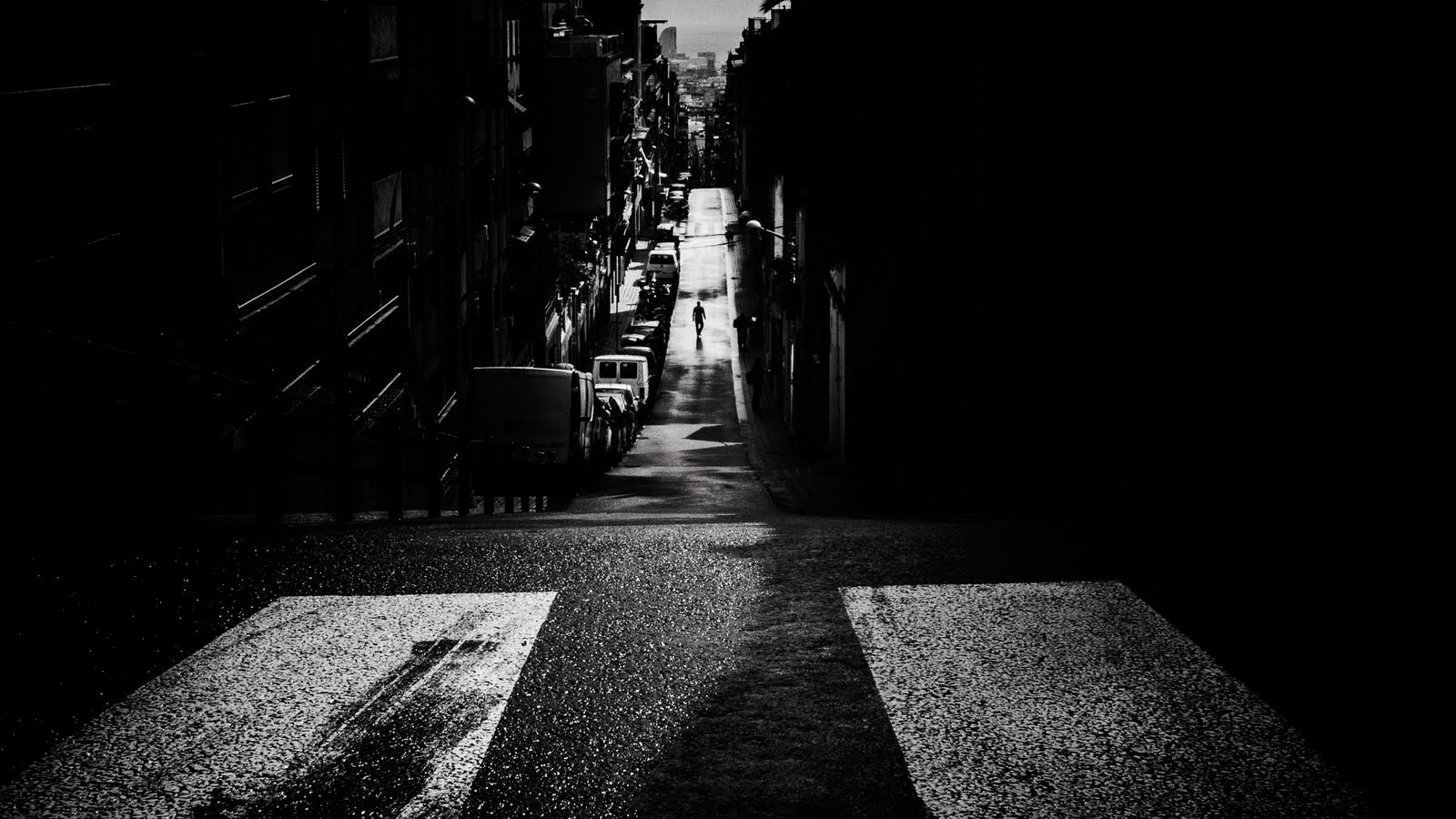 Welcome to our series of 100 interviews we are holding with photographers who use mirrorless cameras for their work! “Switching to a smaller and lighter system” has become somewhat a buzz phrase as of late, but many working photographers take this philosophy seriously. From medical reasons such as resolving back and shoulder pain to the simple realisation that bigger does not mean better, photographers are turning to mirrorless systems now more than ever before.

This week’s interview is with Craig Reilly, a talented street, portraiture and urban landscape photographer based in London, UK who is also a member of the Street Photography International Collective.

All images in this article are property of Craig Reilly and are published with permission.

1. Who is Craig Reilly in three simple sentences?

I’m a born and bred Londoner, who has a passion for shooting street, portraiture and urban landscape photography. Being self taught, I gained most of my knowledge from books, websites, youtube clips, and my own bad photos and I drew inspiration from past masters such as Henri Cartier-Bresson, René Burri, and Richard Avedon.

2. What attracted you to street and urban photography in the first place?

Seeing street photography masterpieces such as Rene Burri’s ‘Men on a Roof’ and being fascinated by people in general inspired me to start shooting street. I’m enamoured by human interaction, and can happily people watch for hours. I got into urban landscape photography due to the ease of access I have to London, and did the whole Big Ben, St. Paul’s and London Eye shots, but I tend to concentrate mainly on my street and portraiture work now.

3. I noticed that in a few of your street portraits, the subject appears to have noticed you. Before taking a street portrait, do you ever engage the person in conversation or do you prefer to remain discreet?

No; engaging with my subject before I capture their portrait is something I definitely haven’t done yet. It maybe something I do in the future, but for now I prefer candid shots. Getting in front of them is the discreet part, but once I’m in position it’s anything but discreet to be honest. I can be anything between 2-8ft away when the picture is taken, and because I specifically wait for that eye contact of course they see me. Due to this I have engaged with them after to show them the shot, which thankfully they’ve liked and asked me to send them a copy.

4. Of all the street projects you’ve worked on, which is your favourite and why?

Both the Barcelona and Croatia/Montenegro work are my favourites. Purely for the reason of being in another country, unaware of my surroundings for such a short space of time carried greater challenges. Particularly the Croatia trip, as it was a coastal cruise I was in one place for only a few hours a day, so to come back with a few shots I was happy with was very pleasing.

5. Unlike many other street photographers who strictly work in black and white, I noticed that around half of your images are in colour. Do you generally see a scene in colour / B&W or do you make that decision later on in post-production?

I generally shoot in black & white, but made a conscious effort to shoot colour a few months back. This was due to people saying it was much more difficult to shoot in colour, and as I’m always trying to improve my skills as a photographer, I challenged myself to produce colour work I was happy to publish. It’s the same reason I purchased a manual lens, to improve my skills and reflexes instead of using/blaming technology for capturing/missing a shot. And that’s why I’ll purchase an analogue camera one day too.

6. Living in London, one would imagine that there are endless opportunities to do street photography due to the size, architecture, population and cultural diversity of the city. Do you ever feel uninspired to shoot in London? What do you do to get yourself out of a creative rut?

There are endless opportunities in London, but I think all photographers go through a stage of feeling uninspired at some point in their careers. I had a phase a while ago when I found myself pulling out of shots in London because I’d done something similar before. Travelling to Barcelona and walking through an unfamiliar city helped to inspire me again. Just having that change of scenery and ambiance made a big difference to my mentality. If I’m unable to get away, I would also recommend going on photo walks with other photographers too, that’s something I always enjoy.

7. Which urban areas of London would you recommend to a budding street photographer?

Even though my regular route is along the Southbank, and then heading towards the Barbican Estate, I would actually recommend anybody starting street photography to see as much of London as they possibly can. Of the London based photographers I know of, they all seem to have their usual routes, so exploring as much of the city as possible will help newcomers to devise their own favourite routes too.

At the same time, if they don’t have access to London, I’d recommend walking around their local area to capture unique shots or moments that only they’d have access to.

8. So far, you’ve been to Barcelona, Croatia and Montenegro. Where would you like to travel for your next street project?

There are so many places I really want to shoot, such as Tokyo, New York, India, and Singapore. I love the idea of a US road trip along Route 66 too, but realistically my next trip will be a city in Europe.

9. You are a member of the Street Photography International Collective. Can you tell us more about the collective and what it means to be a member?

The SPi Collective is currently formed of 6 street photographers, Ronya Galka, Alan Schaller, Gagan Sadana, Reuven Halevi, Walter Rothwell, and myself. It was formed to showcase and promote street photography from all over the world, no matter what level of photographer they are or where they’re from. It’s very early days, but in a short space of time we’ve featured up and coming street photographers, established photographers, interviewed Marius Vieth and Dorothy Bohm, and are slowly building a good following on social network sites such as Instagram and Twitter. But the main thing is we’re happy with how it’s developing and excited to see where it goes.

As a collective it means we have a regular source of feedback, support, and inspiration. When time allows we will also meet up for photo walks or Google Hangouts to catch up, which are always a good laugh due to at least one person having technical difficulties with the latter.

10. Are there any modern-day street photographers whose work inspires you?

Matt Staurt, Marius Vieth and Thomas Leuthard always inspired me. But since working on the SPi Instagram account I have been exposed to so many talented and inspirational photographers, that there’s too many to list them all. Although I will mention I’m really enjoying Pau Buscató’s and Tavepong Pratoomwong’s work. They are both excellent photographers, and shoot predominantly in colour. Each of them has a brilliant eye for the most random of situations that have great humour and amazing timing.

11. There are many excellent cameras on the market that suit street photography. What was it about the Olympus OM-D line-up that caught your eye and which are your go-to lenses?

It was the size of the camera bodies, image quality, lenses available for the MFT format, and price that attracted me to my first OM-D (E-M10 mark i). I then upgraded to the E-M1, which I’ve been using for the last 10 months. I recently purchased the Voigtländer 25mm ƒ0.95 in May, which has now become my go to lens and very rarely comes off. Before that I enjoyed using my Olympus M. Zuiko 17mm and 45mm ƒ1.8 lenses equally.

12. Street photography often involves capturing fleeting moments that will never be repeated. How do you make sure that you and your camera are ready to capture those moments? Are there any settings that speed up your workflow?

Even though there are so many ways to configure the OM-D cameras, keeping my settings as simple as possible speeds things up for me. I have the Fn1 button to alternate my EVF from B&W (set 1) to colour (set 2), Fn2 to magnify, and the record button to exposure lock. They’re the only 3 buttons set to different functions that I use.

When I first started shooting street, I used the wifi connection and Olympus Image share iPhone app to shoot from the hip, which at the time helped me a great deal to gain confidence and get into position for portrait shots. And because I’m a strong believer in using the best method or tools that suit an individual most, I would encourage others to experiment with features on their own cameras, and find out what works best for them, then through trial and error it will enable them to progress at their own pace.

To be totally honest, I have no idea what to expect from myself in 2017. I had no expectations for 2016, and feel incredibly lucky with what’s happened so far this year. I would love to become a photo journalist, but the most important thing is my photography gives me a lot of pleasure, so if I can carry on taking pictures that people enjoy, then I’ll see where it takes me next.

Be sure to visit Craig’s photography website to see more of his work!