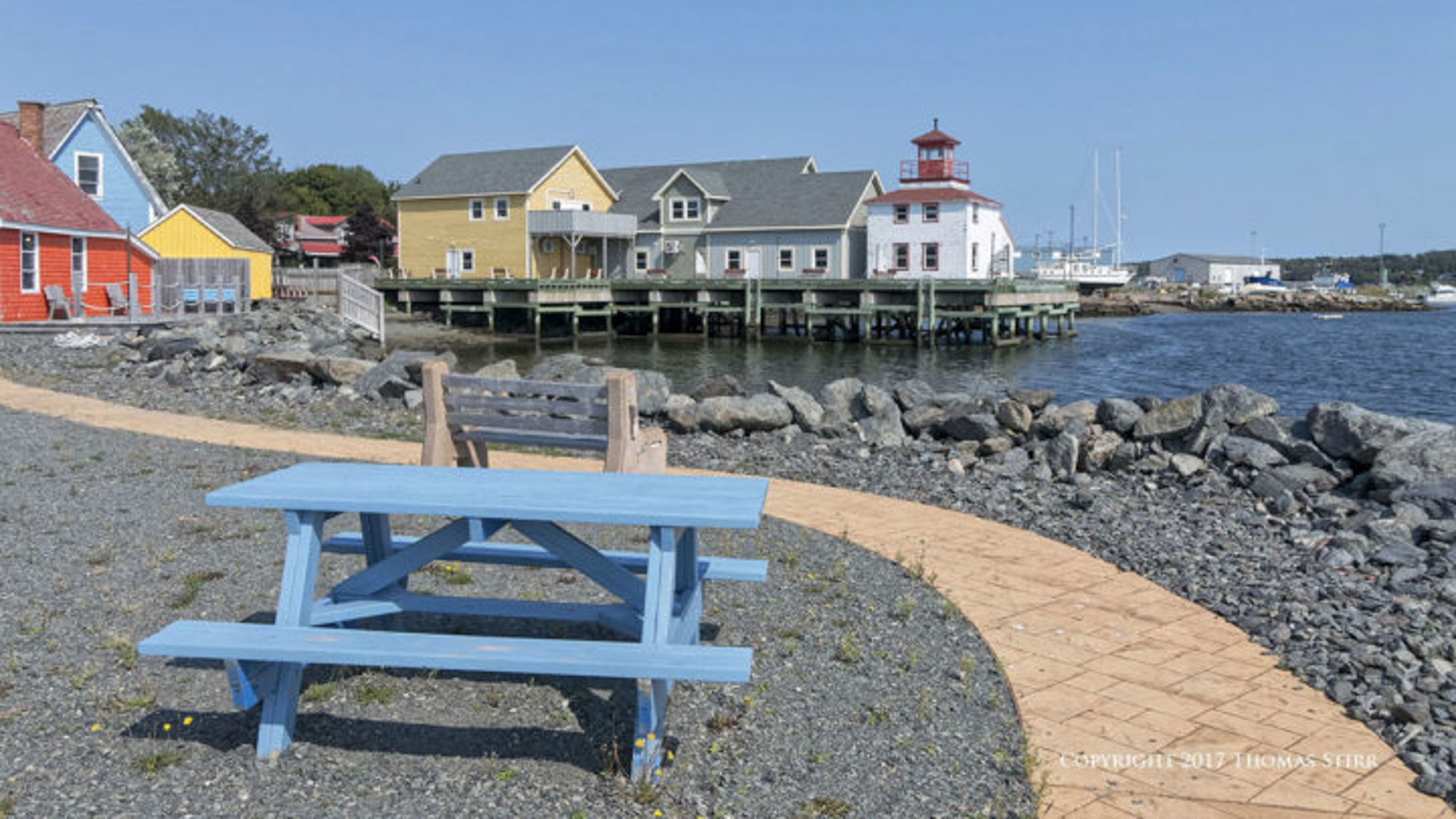 My wife and I recently spent two weeks in Nova Scotia doing field work for our recently published eBook, Nova Scotia Photography Tour. This article features a small collection of images captured while we were on our tour. Some of the images are included in our eBook. 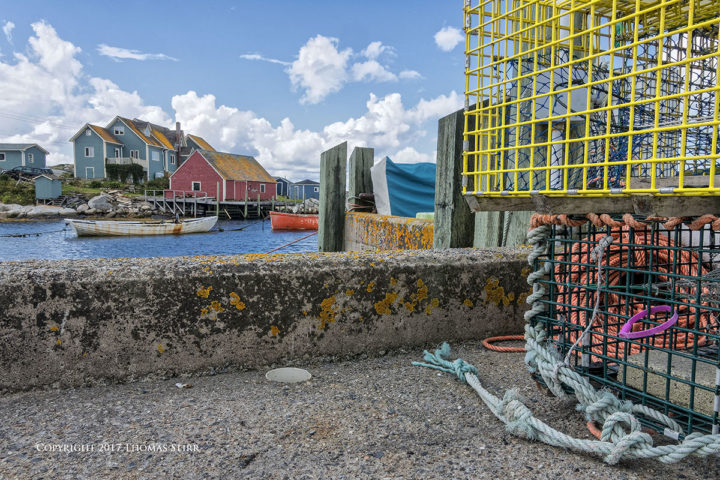 Like many people we started and ended our visit to Nova Scotia in the city of Halifax. A short drive away is the picturesque village of Peggy’s Cove. 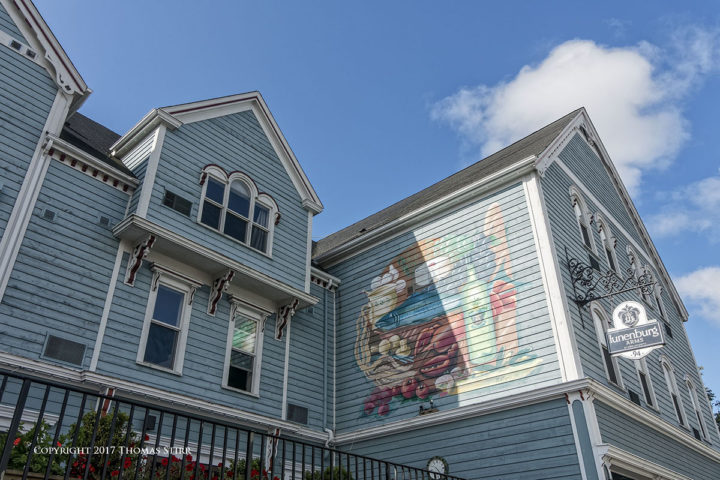 We then continued on to Lunenburg which is a UNESCO World Heritage site, featuring numerous buildings from the 1800’s, some of which have murals painted on them. 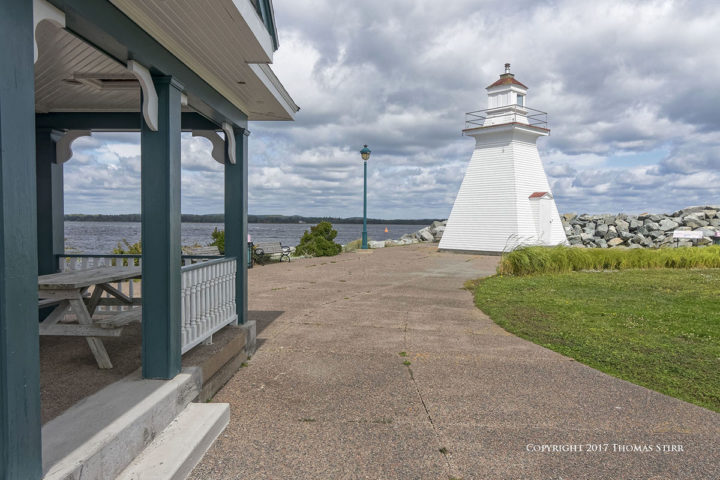 There are 150 lighthouses operating in Nova Scotia and many tourists make them the main subjects of their visit. We visited a number of lighthouses including the one at Port Medway. 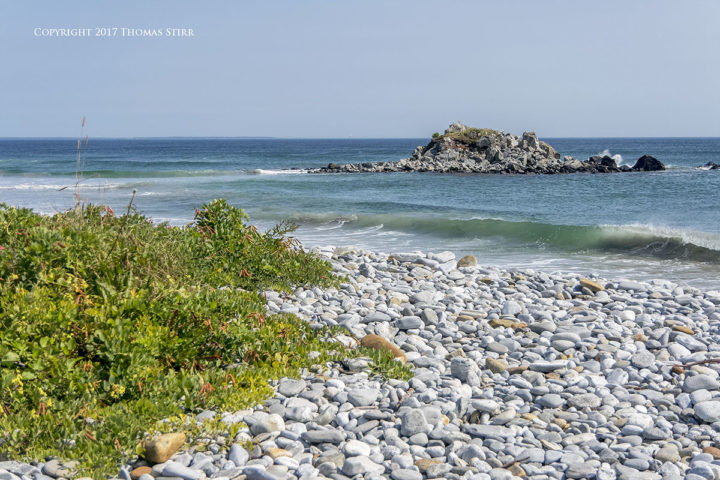 Cape Sable Island is very popular with birders as during peak migration periods over 100 different species can be viewed here. Unfortunately our visit was in-between major bird migration periods. We still managed to capture some pleasant sea views. 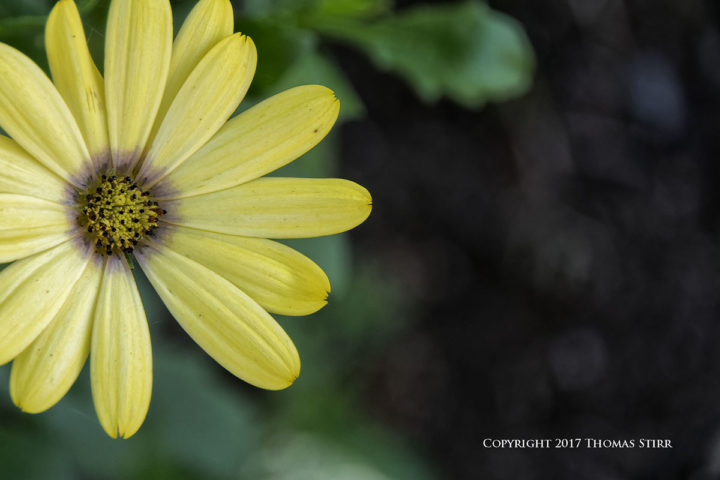 Annapolis Royal is a very historic part of North America with the earliest continuous European settlement. We visited the Historic Gardens in Annapolis which features various gardens that replicate various historic periods. 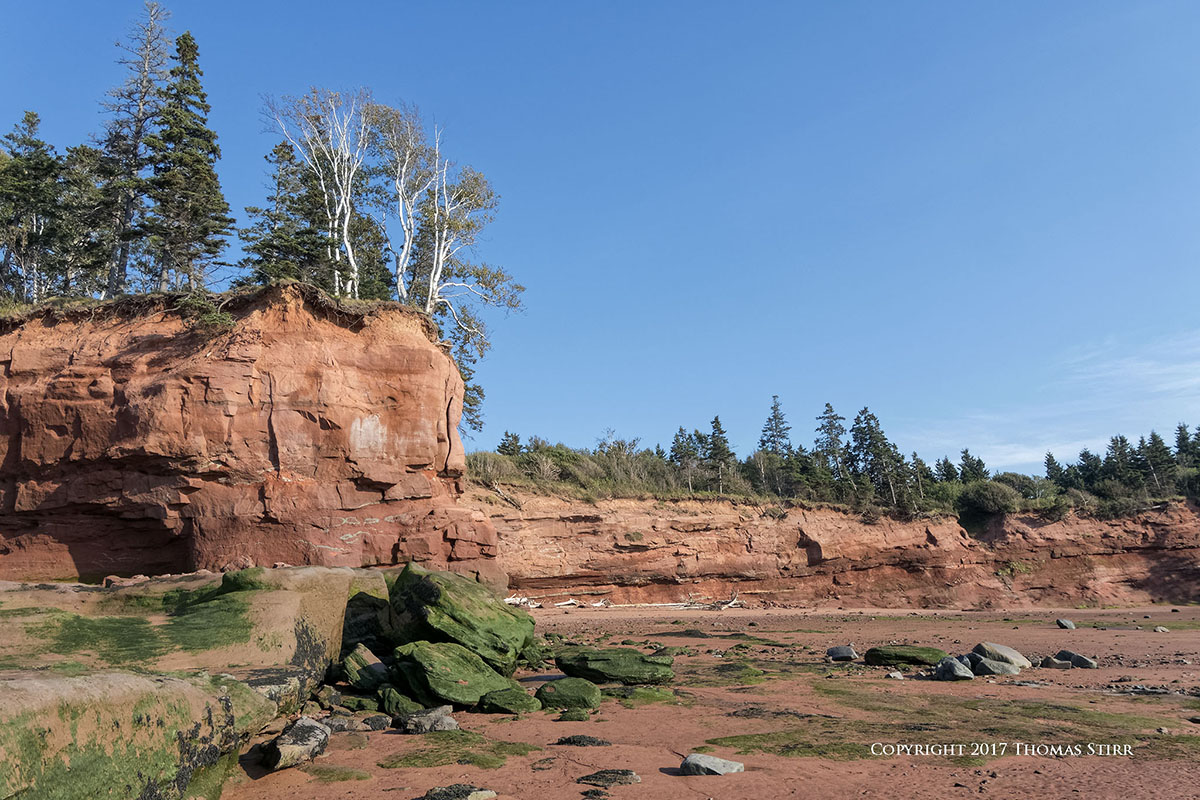 Burntcoat Head, pictured above, is located on the Bay of Fundy and has the highest average tides in the world. We captured some images at low tide while walking on the sea floor. 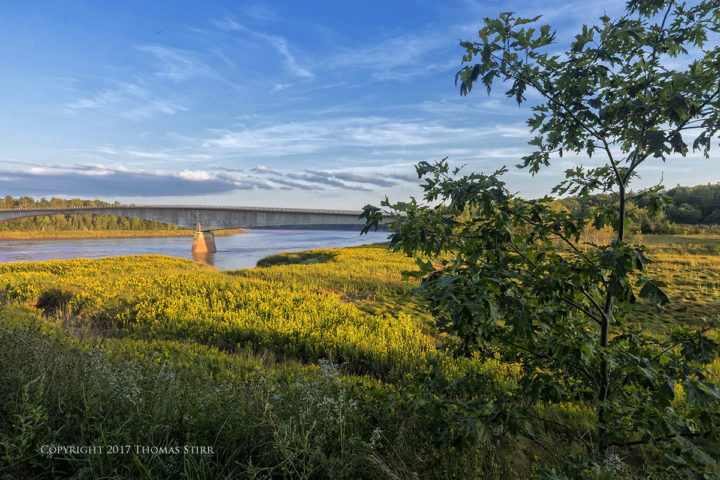 The Shubenacadie River is home to a very strong tidal bore. During our visit we were able to witness some folks rafting on the strong water current. 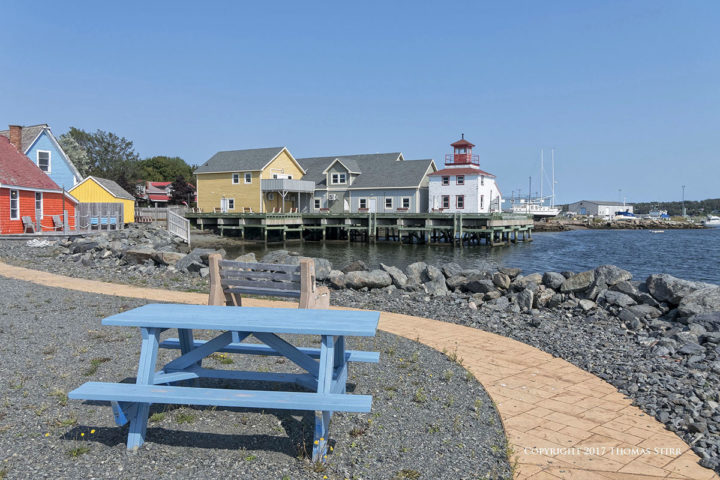 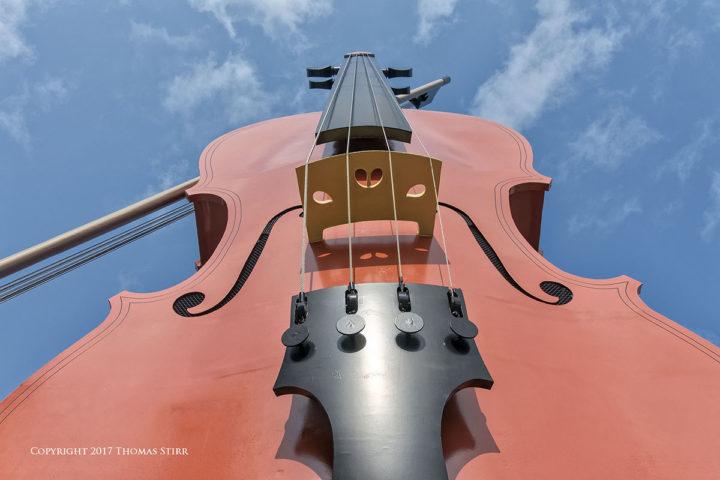 We made a brief stop at Sydney Harbour which is located on Cape Breton Island, where I captured this image of an 8 ton fiddle sculpture which celebrates music in Nova Scotia. 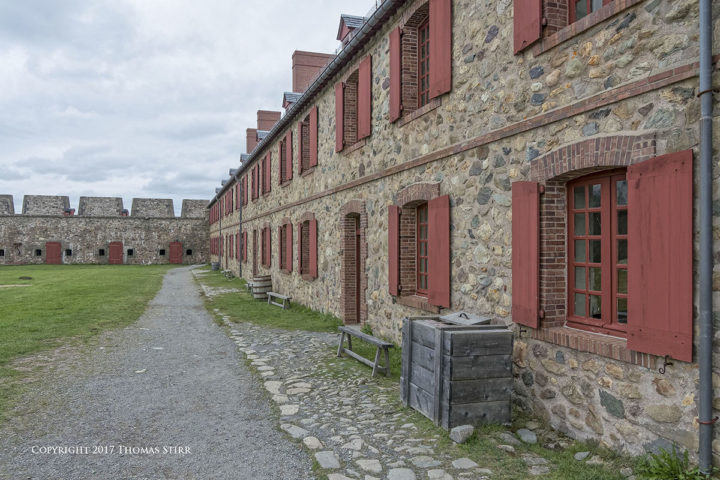 No visit to Nova Scotia would be complete without a visit to the Fortress of Louisbourg. This is one of the largest historical reconstructions in the world. 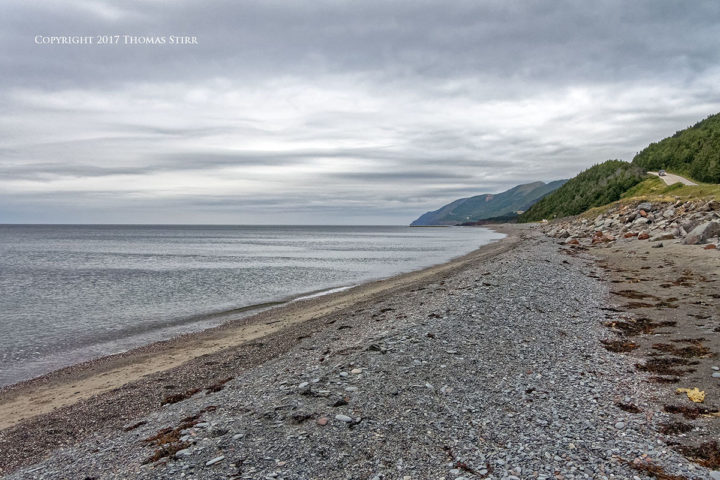 The Cabot Trail is renowned for its rugged beauty. This image above was captured north of the town of Cheticamp. 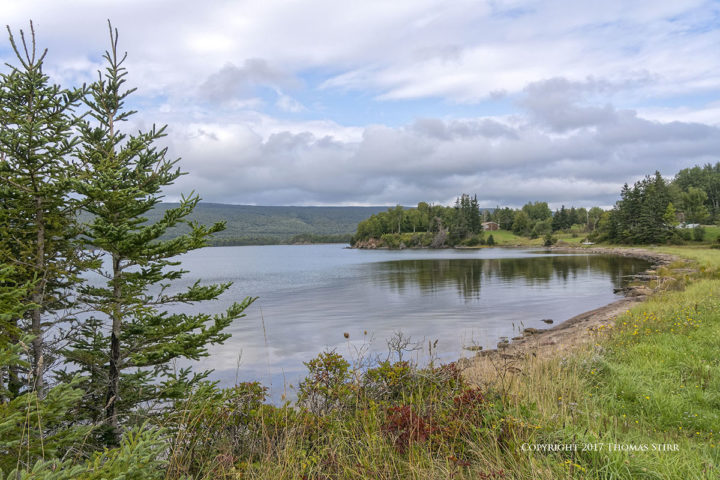 We made a short stop at Little Narrows Beach where the above image was taken. This area of Cape Breton Island is steeped in history as well as offering its own rugged beauty. 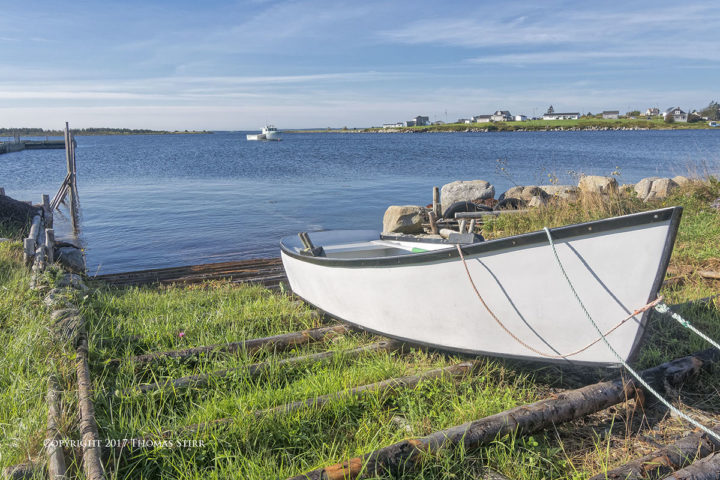 The Eastern Shore of Nova Scotia is sparsely populated and infrequently visited by tourists. It features a number of small fishing villages, such as Charlos Cove pictured above. 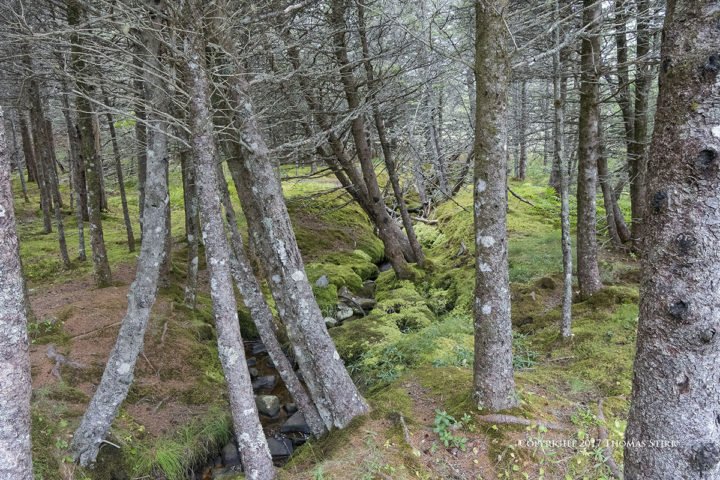 Clam Harbour is also located along the Eastern Shore. It has wonderful beaches and some interesting wooded areas where the image above was captured. 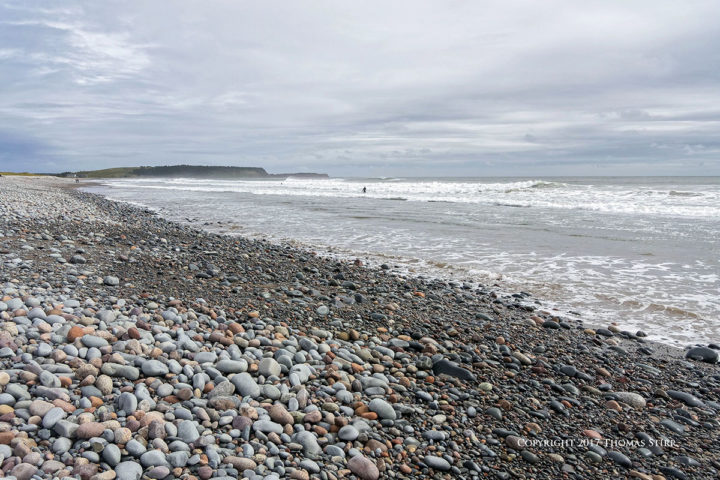 Lawrencetown Beach is the most popular surfing area in Nova Scotia and is located a short drive from the city of Halifax. Surfers frequent this area all year round. 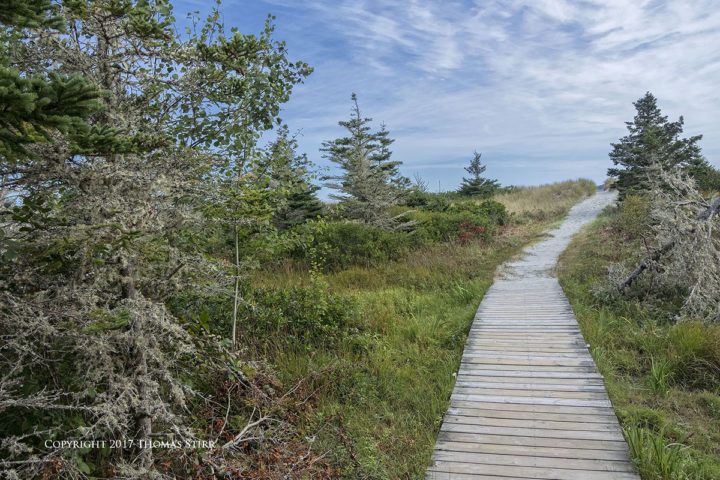 Taylor Head was another one of our stops on the Eastern Shore. We followed the boardwalk out to the beach where I was lucky to capture an image of a bald eagle in flight.

If you have enjoyed the images in this article you may find our eBook, Nova Scotia Photography Tour of interest.

This 375-page eBook has 64 featured locations and over 675 original photographs.

Article and all images are Copyright 2017 Thomas Stirr. All rights reserved. Mirrorlessons.com is the only approved user of this article and if you see it reproduced anywhere else it is an unauthorized and illegal use.