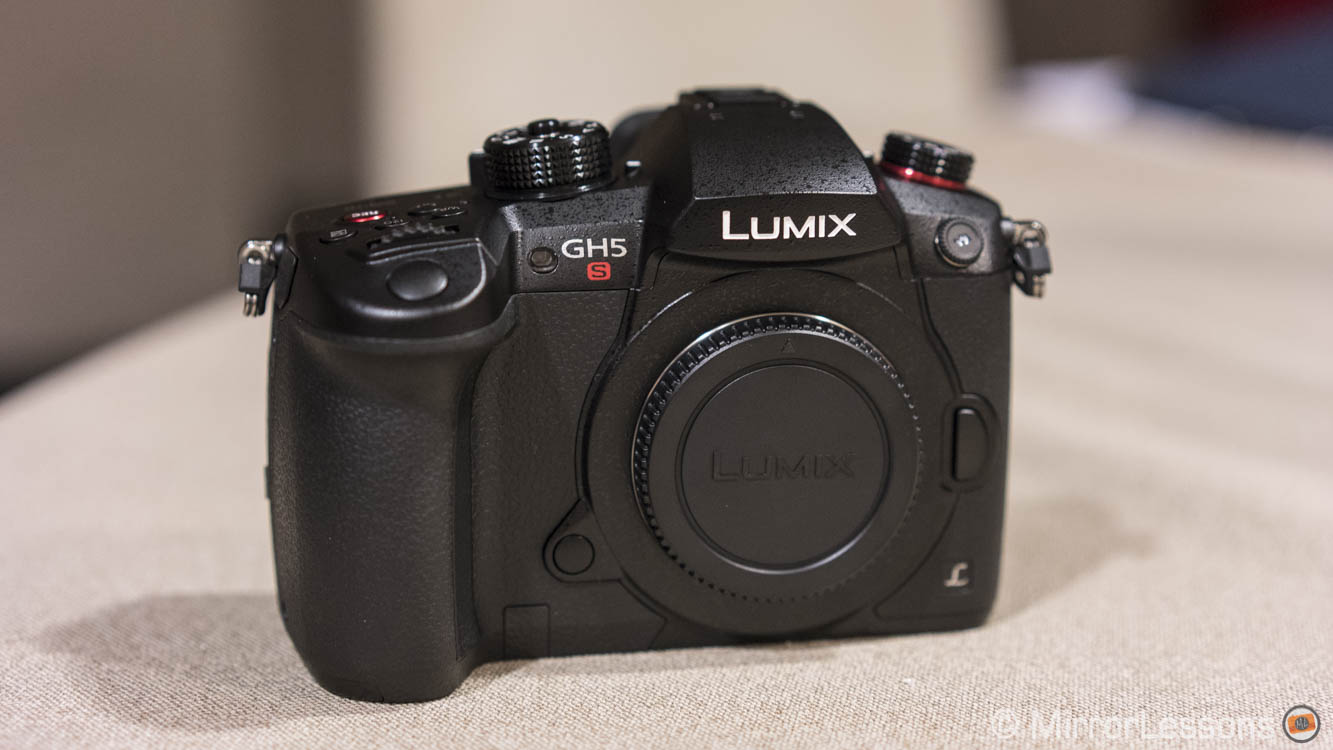 The GH5S is a new addition to the Lumix flagship line-up that now includes three cameras: the G9 which aims at sports and wildlife photographers, the GH5 which offers the best of both worlds for hybrid shooters and the newly announced GH5S which is especially designed for filmmakers.

We had the chance to see a pre-production version of the new camera in late December. Here is our first impressions video. Keep scrolling for the text version!

The GH5S has a completely new sensor with an effective pixel count of 10.2MP. It uses the Multi Aspect ratio technology that the brand has employed on other cameras before. The sensor is slightly larger than the area covered by the lens which means that the effective sensor surface used is always cropped. This gives you the advantage of keeping the same diagonal angle of view no matter which aspect ratio you select. 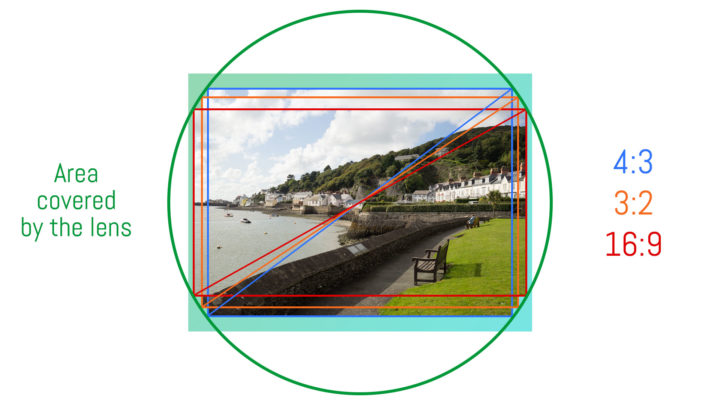 The 10MP resolution is rather low by today’s standards but the aim – like with the A7s range for Sony – is to improve the low light capabilities. The GH5S can record with a range of 160 to 51200 ISO. There are also extended values that go as high as 204800 ISO.

Panasonic showed us a brief video comparison with the regular GH5 where better contrast and less colour noise at 6400 and 12800 ISO were noticeable. Even by looking at our own brief ISO test we performed in the press room, you can see that the performance seems very promising for a micro four thirds camera.

So how did Panasonic manage to improve this?

Well, first the lower megapixel count allows each pixel to be larger and receive more light. Then there is the Dual Native ISO technology which was first introduced on the Varicam35 and EVA-01 camcorders earlier on. But what exactly does Dual Native ISO mean?

First let’s talk about the ISO range of digital sensors. We have the normal range, which can also be called amplified range, that requires a variation in voltage to achieve more or less sensitivity. Many cameras also have extended ISO settings which are produced via a software algorithm. But there is a third value that is often not mentioned in the official specification sheet of a camera and that’s the native ISO.

Native ISO is the native sensitivity of the sensor that doesn’t require a variation in voltage, thus giving you the best signal to noise ratio and the widest dynamic range possible. You can get a hint of this when selecting a Log gamma profile. In the case of the GH5, the minimum ISO available for V-Log L is 400 which is the native sensitivity of the camera. Everything above ISO 400 is amplified by an increased voltage to the sensor which gradually produces more noise. 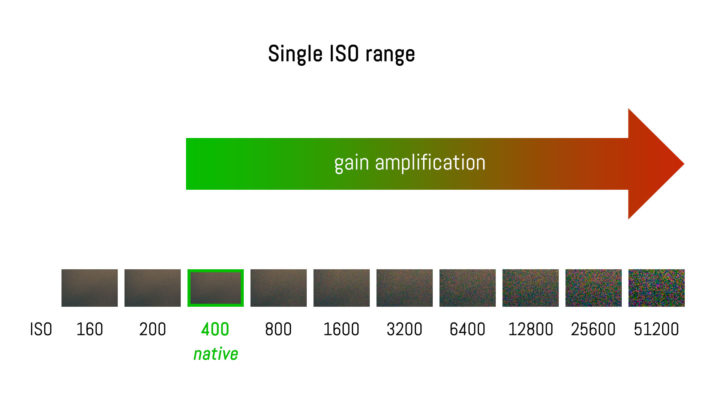 With Dual ISO however, the GH5S has two native ISO sensitivities: ISO 400 and ISO 2500. So when you want to shoot at 3200 or 6400 ISO for example, the camera uses the second native value as a base and therefore doesn’t need to amplify the gain as much as it would from ISO 400. 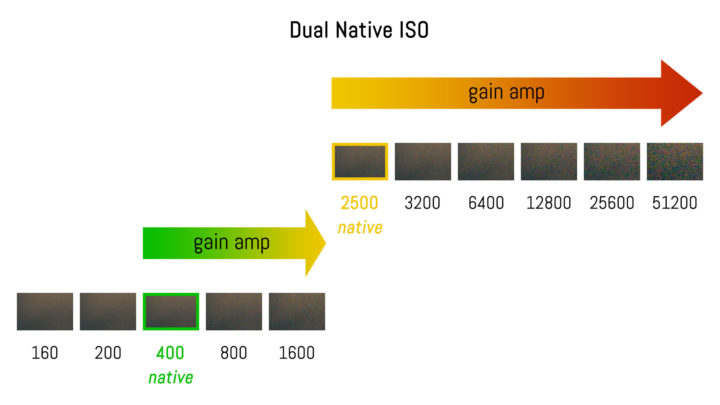 The GH5S has better ISO performance but what about other video characteristics?

Well, just like its twin sister the GH5, it can record in 4K up to 50/60p or 4K up to 30p in 4:2:2 10-bit and up to 400mbps. Other interesting features include Hybrid Log Gamma and Like709 profiles, Knee control, Hue Adjustments, Wave Form Monitor, Vectorscope, Luminance levels and many other things. There is also a full sized HDMI port, audio in and out, Wifi and Bluetooth.

Like the GH5, video recording is unlimited thanks to the efficient power management of the Venus engine and the heat dissipation of the camera. It can also record simultaneously to the two SD card slots, or record internally and to an external recorder at the same time.

The S model has kept a few extra features for itself: it can record in Cinema 4K up to 60p rather than just 24p, and the highest frame rate in Full HD is 240fps rather than 180fps. The V-Log L gamma is pre-installed and the audio input can be used for a microphone or as a Line In for other audio sources. It has timecode in and out to synchronise with other GH5S cameras or professional camcorders. For the latter you use the flash sync port and Panasonic includes a coaxial cable in the box. 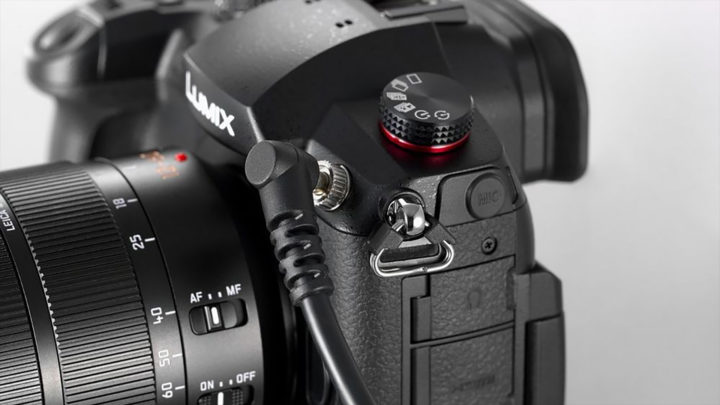 What’s missing from the GH5?

The GH5S does lack a few things in comparison to the GH5. Given the low resolution, there are no 6K capabilities such as 6K Photo or Anamorphic 6K recording. It can still do 4K photo up to 60fps, and the anamorphic format is available in 4K and can even be desqueezed in camera.

An important feature missing from the GH5s is 5-axis in-body stabilisation. This also means there’s no compatibility with Dual IS so it can only rely on the optical stabilisation of select lenses. Panasonic explained that professional productions prefer other kinds of stabilisation systems rather than relying on something internal. Also, having the sensor floating inside the camera can cause unwanted vibrations when recording certain kinds of footage such as camera car shots.

With all this information for video out of the way, you may wonder if the GH5S has anything to offer for still photographers at all. Well, in a way, yes because it’s the first Micro Four Thirds camera to have 14-Bit RAW which gives you more colour information. That said, I feel that this particular specification would be more welcome on the GH5 and G9 models.

The camera can shoot up to 11fps or 7fps with continuous AF. The shutter mechanism is rated at 200,000 cycles.

The AF system is similar to the one found on the GH5: DfD contrast detection with 225 points and the Custom AF Settings. The AF locking speed is slower but the minimum sensitivity is higher.

The design would be identical to the GH5 were it not for the distinctive red recording button and the red ring on the drive dial. It is made of magnesium alloy and is fully weather sealed. The size is the same as the GH5 which means that many accessories will fit both cameras including third party cages and battery grips.

Other characteristics such as the viewfinder and the LCD screen are the same as the GH5 except that the S model has a maximum refresh rate of 120fps instead of 60fps.

The GH5S is more expensive than its sibling starting from $2500. It should be available by the end of January 2018.

Obviously this is the most video-centric mirrorless camera to date and it aims at a very specific market. If I were still shooting video professionally, I would definitely put it at the top of my to-buy list. I already praised all the features of the GH5 so to have a camera that does the same but with the added benefit of better ISO performance would be enough to convince me.

For photographers, there isn’t much to be excited about if not for the 14-bit RAW option. Let’s hope Panasonic (and Olympus) can integrate that on future models that are more still-centric!