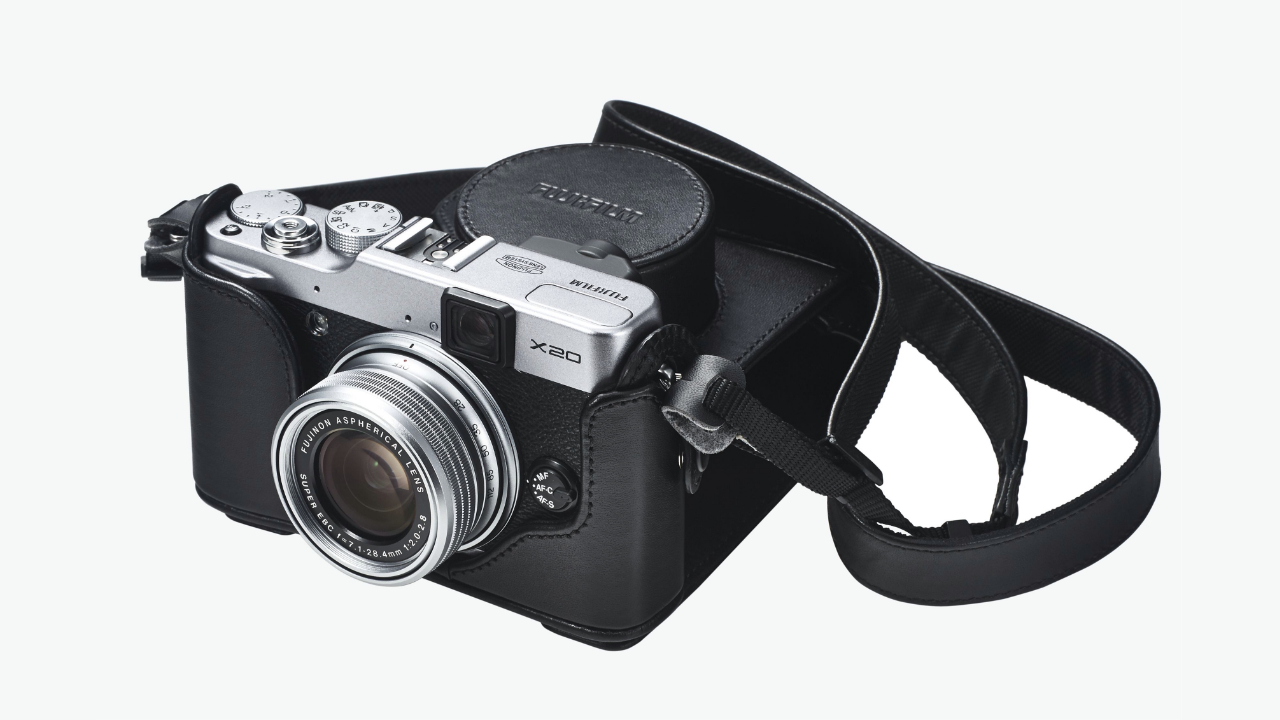 I admit I can’t wait to try the new Fuji cameras that were announced at CES two weeks ago. Except for the micro four thirds system developed by Olympus and Panasonic, I think that the Fuji’s X line has been the most interesting release so far with its hybrid viewfinder, X-Trans sensor and the quality of its lenses.

The X20 is a point and shoot camera equipped with a new 2/3″ type ‘X-Trans CMOS sensor. This is the same sensor technology that was used for the X Pro line.

The viewfinder is not the same as the renowned hybrid viewfinder of the X100 and X Pro cameras, but it has been updated and now includes extra important information such as gridline composition.

From a design point of view, the X20 is very similar to the X10, but is also available in two-toned silver and black in addition to the standard black version.

The price is expected to be around $500.

The Fuji X100s has some very exciting new features, such as a new manual focussing option with focus peaking or split image focusing. The latter is the most intriguing as it shows you a gray rectangle in the middle of the LCD/viewfinder where your image is split in two. By aligning it you can adjust the focus with high precision.

Fuji also claims that the X100s has the fastest autofocus in its class. Autofocus is a great weakness of both the X100 and X Pro models, so it appears that Fuji has concentrated its efforts on improving that aspect. The hybrid viewfinder (optical and electronic) now covers 100% of the frame – a nice addition.

The camera has a new APS-C X-Trans II sensor and a new EXR processor. The lens remains the same as the X100, a 35mm f/2.

However, price could be a limit for some, as it is expected to have a price tag of around $1300.

Both the X20 and X100s also have a video mode, but I am personally more tempted by their still capabilities.

These products are available for pre-order.

In addition, I’ve also provided you with an interesting link called X-pert corner, spotted on mirrorlessrumors, a new section of Fujirumors dedicated to the X Pro with a lot of useful tips and tricks to be used with the camera.