You are here: Home / Mirrorless News / Nikon Coolpix A: The new point-and-shoot with a large sensor 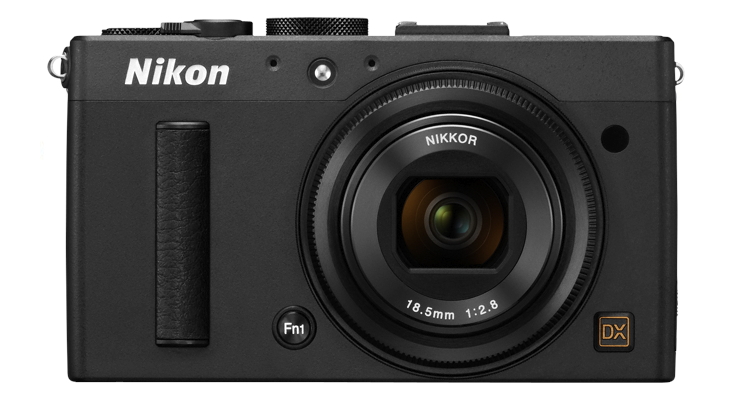 With the photography world’s attention fixated upon the long-awaited release of the Fujifilm x100s and x20, Nikon has been laying low, seemingly uninterested (or unprepared) to challenge its competitors with a new high-end point-and-shoot of its own.

What a surprise, then, when today, Nikon announced the pending release of the new Nikon Coolpix A, a compact point-and-shoot camera with a fixed 18.5mm lens with a maximum aperture of f/2.8 and a large 16-megapixel DX sensor. Interestingly, the DX sensor, used in entry-level and semi-professional Nikon DSLRs, is much bigger than the CX sensor found in the Nikon 1 mirrorless series. This begs the question: will we one day see a mirrorless DX camera from Nikon?

Nikon’s move to create a compact camera with a large sensor is probably driven in part by the recent flood of large-sensor compacts to hit the market such as the Sony RX1 and the Fujifilm x100s, and partly because the Nikon 1 series was heavily criticised for the smallness of its sensor compared to its competitors.

The Nikon Coolpix A should be available for purchase  sometime in mid-to-late March, and will have a price tag of around $1100 according to sources.

Do you think Nikon will live up to the high standards of its competitors?