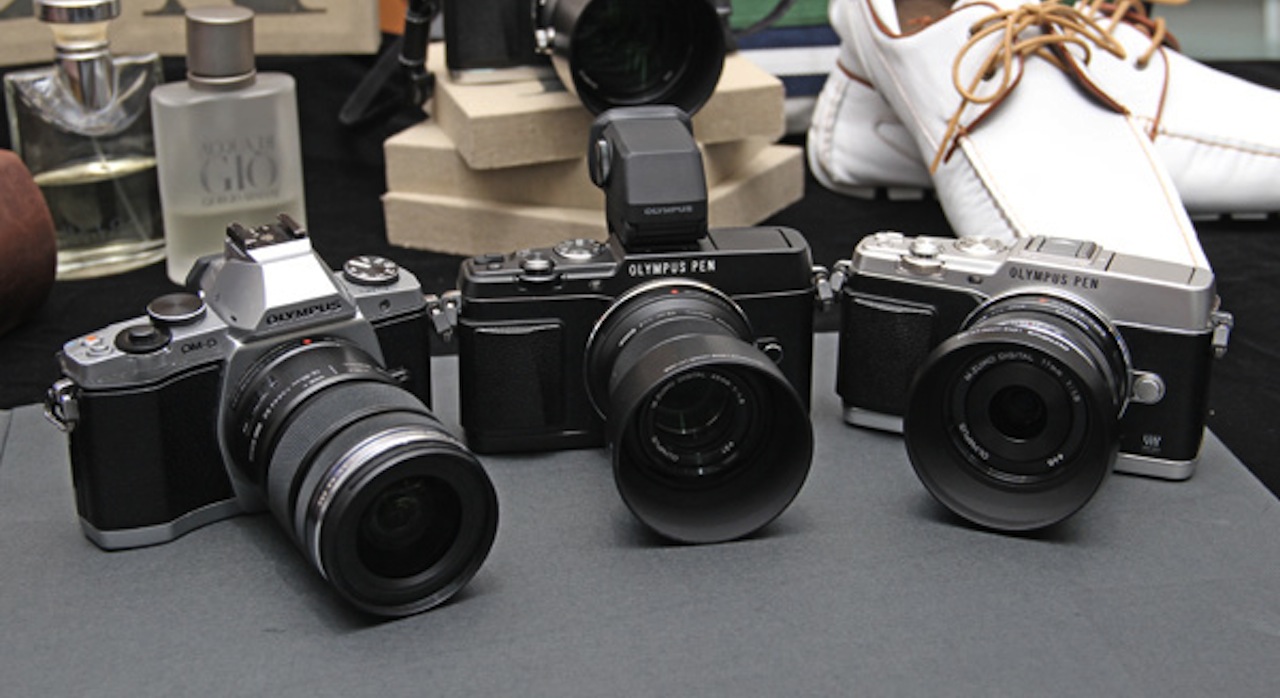 Deciding on your “forever camera” is never an easy task, especially when there are so many interesting models to choose from. This could not be more true for Olympus, a company which has more mirrorless cameras in its line-up than there are dandelions on my front lawn. (Well, not quite, but you get my drift!)

On May 10th 2013, choosing will become just that much more difficult with the official announcement of the brand new Olympus PEN E-P5. A glance at the the recently released specs list on 43rumors tells us that the E-P5 sits more or less on the same playing field as the OM-D E-M5, with a few obvious exceptions.

First of all, the E-P5 lacks the E-M5’s integrated electronic viewfinder (EVF). Some photographers consider this a grave oversight, while others aren’t particularly perturbed. I personally feel that the move to discard the viewfinder was a calculated one. If Olympus had given it a viewfinder, consumers would have less reason to buy the (more expensive and prestigious) E-M5. By keeping the viewfinder out of the equation, Olympus is drawing a distinct line between the PEN series and the OM-D series.

Secondly, the E-P5 doesn’t have weatherproofing. All this means is that you shouldn’t go outside in a downpour with the E-P5. Mind you, I wouldn’t take the E-M5 out on an extremely wet day either. While the body may be weatherproof, many of the lenses aren’t!

The E-P5 does have some advantages over the E-M5. It has a shutter speed of up to 1/8000 seconds, improved autofocus, improved 5 axis stabilization and the option of 100 ISO. The 1/320 second flash sync is also a welcome addition, as is the WiFi connection.

A point of controversy is the E-P5’s built-in flash. Many have called it a serious “waste of space” but I can’t help but disagree. The PEN series has been designed with amateurs in mind, and most amateurs aren’t bothered with an external flash for casual outings, birthday parties, and the like. Rather, this is just another way Olympus has made the distinction between the professional OM-D series and the hobbyist PEN series.

So, if you are trying to decide on an Olympus Micro Four Thirds model to buy, which should you choose?

The choice is actually simple. Given that the two cameras are actually quite similar, all you need to ask yourself is whether or not you can live without a built-in viewfinder. If the answer is no, go for the E-M5, or its successor, if you can stand the six-month wait. (Of course, you could always buy an external viewfinder for the E-P5 if you really feel the need.) If the answer is yes, allow yourself to be tempted by the E-P5. If the specs are correct, it’s going to blow all the other PENs out of the water.

What do you think of the new Olympus PEN E-P5? Are you tempted?