You are here: Home / Mirrorless News / Should I buy the Pen E-P5, or wait for the new Panasonic GX7? 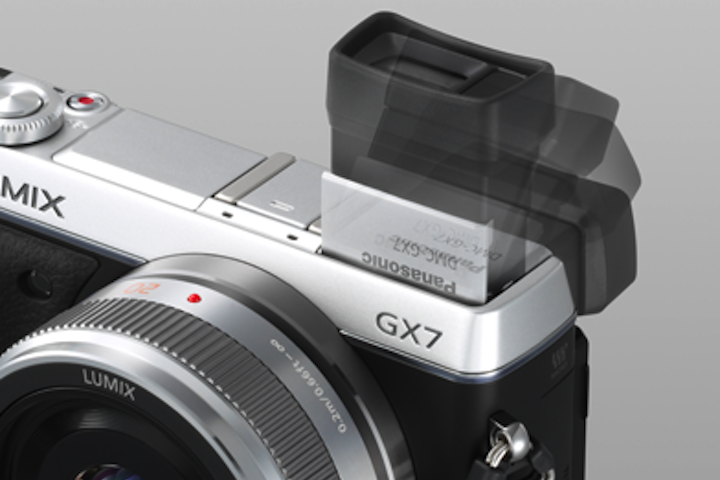 Panasonic is becoming more and more serious about the DSLM (Digital Single Lens Mirrorless) market. Today, the Japanese firm announced the new Lumix GX7, the successor to the GX1, packed with loads of new and advanced features such as a tiltable built-in viewfinder, 1/8000 shutter speed, focus peaking and excellent video quality to name a few. This combination of advanced features in a cool retro package makes it one of, if not the most complete mirrorless interchangeable lens camera on the market today. Along with the GX7, Panasonic also announced the new Leica DG 42.5mm (85mm equivalent) called Nocticron with a fast aperture of f/1.2! It was about time that either Panasonic or Olympus released a lens that fast for the M43 system, and this one could definitely become the portrait lens every Micro Four Thirds user dreams about.

The GX7 is very similar in terms of specs and price to the new Pen E-P5 released by Olympus just a month ago (read our complete E-P5 review here). It is without a doubt one of the best Micro Four Thirds cameras out there right now. So, this begs the inevitable question: Should I buy the E-P5 or wait for the new GX7?

Let’s start with the similarities. There’s no getting around that the GX7 and the E-P5 share a lot in common:

The last is actually a novelty for Panasonic DSLM cameras. It seems that they have integrated their Mega O.I.S. stabilisation, which is usually found on their lenses, inside the GX7 body. This is great news because it means you will have stabilisation even with non-stabilised lenses. Will it be as efficient as the Olympus 5-axis stabilisation? I will have to compare them to answer that. The 5-axis by Olympus is without a doubt a reference in the camera market, so I’m sure Panasonic has worked hard to create a comparable experience.

So, what is the difference then?

Well, as you have probably guessed from the pictures, the most important difference is the viewfinder: it is built into the GX7 but is optional on the Pen E-P5. In my opinion, this is the only main difference that you should really consider when deciding between the two. I’ll withhold judgement until I can try the GX7 to confirm what I think about the image quality. I believe it will be equal to the E-P5, just as the OM-D E-M5 and the GH3 perform very similarly for still images.

The built-in viewfinder can make or break the deal here because:

Of course, there is the issue of quality we must consider: Olympus really hit a home run with the external VF-4 viewfinder for the Pen E-P5 (read our in depth review), so I’m curious to see if the built-in EVF of the GX7 will match the sharpness and quality of the VF-4. That will be a large determinant in the decision of consumers.

Another aspect worth mentioning is the superior video codec on the GX7 (AVCHD Full HD up to 60fps) and the NFC (Near Field Communication) capability. You should be able to share pictures between the GX7 and another device possessing that technology.

The Pen E-P5, on the other hand, is faster (9 fps vs 5fps) for continuous shooting.

Another interesting thing to test will be the ergonomics and functional side of the camera. I love how Panasonic always manages to include a lot of comfortable function buttons and easy customisation options on its cameras. They seem to have been very meticulous in the development of the GX7, but Olympus too has improved many of these aspects with the new E-P5.

I would say that if the presence of a built-in viewfinder is non-negotiable for you, then the GX7 is surely the better option. The optional VF-4 for the Pen E-P5 is great, but will cost you extra money. I’m pretty sure all the rest is almost identical in the end but I can’t confirm until I try both. The only other determinant I can think of would be personal preference of one design over another, but I cannot help you with that!

Anyway, the GX7 should be available in September 2013, if you can wait until then. 😉

And then there is that new Leica DG lens… I want to put my hands on it as soon as possible, if Heather will let me!