You are here: Home / Panasonic Reviews / A First Look at the Panasonic Lumix GX7 in Bristol 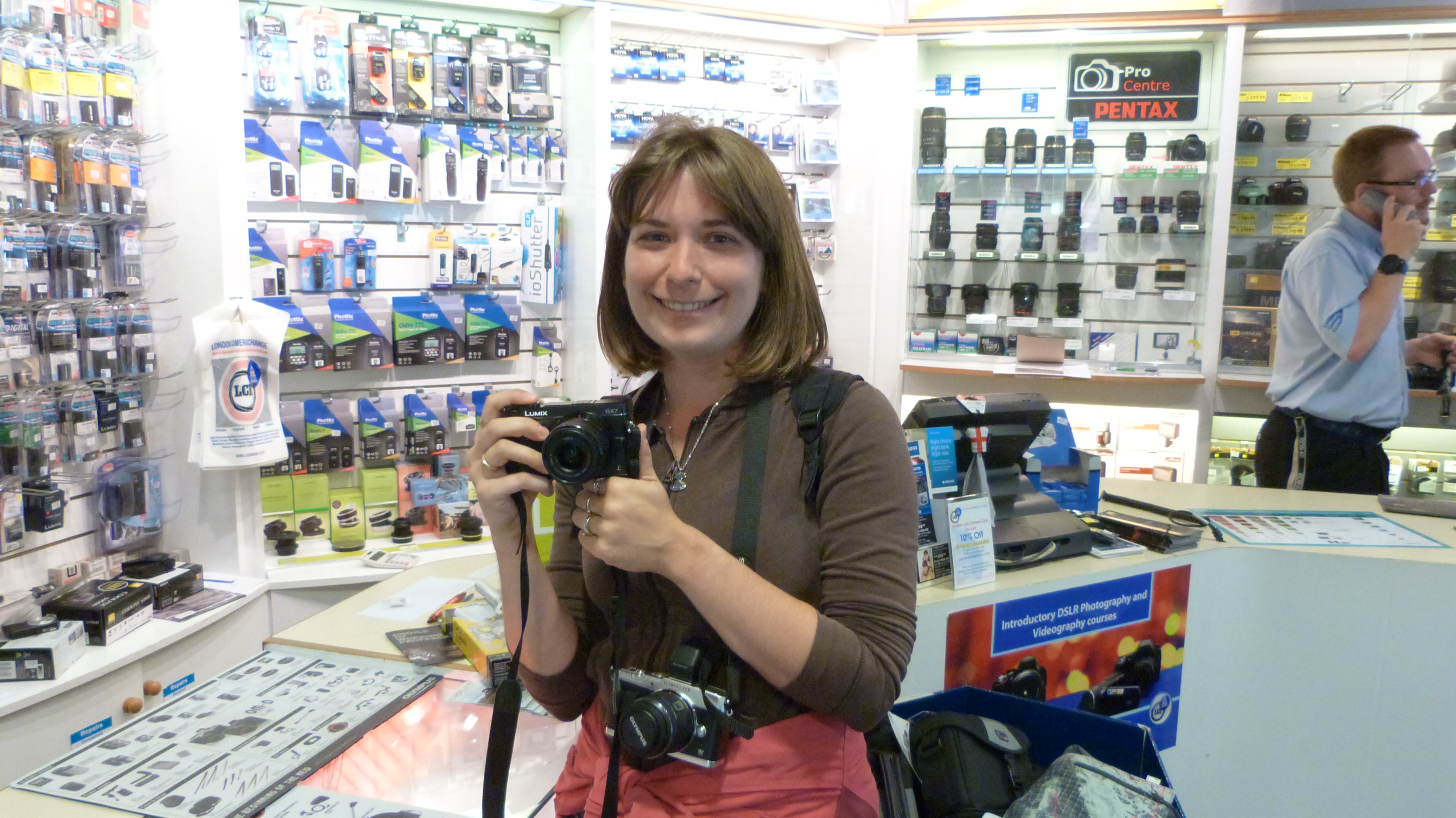 Update: Check out our high ISO comparison between the GX7 and Pen E-P5!

My heart leapt last Friday evening when I logged onto Twitter: the word was that Panasonic had decided to hold a last minute UK tour featuring the Lumix GX7. Every weekend in seven locations across the nation, the new camera would be on display to try, test and pre-order, and it just so happened that we would be passing through one of these locations – the great port city of Bristol – on our way back from Dorchester.

However, as our friend Jane so wisely said the night before we left, life gets in the way of even our best intentions. Halfway to Bristol along the A303, our dear old yellow Fiat Seicento decided that Somerset would be the perfect resting place for an aging car, and promptly popped her clogs. One look and the AA guy confirmed the worst – we were officially car-less and thus, wouldn’t be spending the day with the GX7.

But as we know, every cloud has a silver lining. It turned out that Panasonic had left a copy of the GX7 at the London Camera Exchange in Bristol for the week, meaning I was able to try it out on the Monday for 10 minutes just before heading home. Here are the results of my quick encounter with this great new addition to the Lumix line:

Note: All photos are on-camera JPGs. The RAW files, though available, are not yet editable with Lightroom.

We all know that the 5-axis IS of the Olympus OM-D E-M5 and Pen E-P5 is magnificent, but what about the new in-body IS of the GX7? Though I didn’t have enough time to draw a definitive conclusion, my impression is that the GX7’s Power O.I.S isn’t as effective as Olympus’ 5-axis I.S. No surprises there, really. I took the following photos between 0.2 of a second and 1 second shutter speed, and every example is blurry to some extent.

A main point of interest for those torn between the Pen E-P5 and the GX7 is the viewfinder. The GX7 has a built-in viewfinder, whereas the E-P5 requires the external VF-4 viewfinder.

I had the E-P5 with me when I tried out the GX7, and was therefore able to make a direct comparison between the two. There is no question that the quality of the VF-4 is superior to that of the GX7’s built-in viewfinder. It is bigger, brighter, and covers a larger area. The viewfinder on the GX7 is quite small in comparison. I even felt the need to squint to see the image properly. This said, it is very detailed and the colour rendering seems more accurate than the VF-4.

If I had to chose between the two, I’d definitely go for the VF-4 as I find it easier to use. I am sure that most people who wear glasses or have sight problems will agree. However, many will be attracted to the built-in aspect of the GX7’s viewfinder despite its small size.

Holding the two cameras in each hand, I had the sensation that the GX7 was slightly lighter than the E-P5. While having a metallic build, it also comes across as having a more plastic feel than its competitor. It is sturdy, very pleasant to hold, and has all the right buttons in the right place. I’ve always loved Lumix bodies, and the GX7 is the classic example of Panasonic’s ingenuity when it comes to design.

One aspect above all would make me give up the E-P5 for the GX7, and that is the silent shutter mode. When turned on, it renders the camera completely silent. Not X100s silent. I mean feather dropping onto a bed of cotton silent. Having a camera like this could be an incredible advantage for photographers of all genres – street, event, wedding, and so on. Just amazing.

The LCD isn’t much different from that on the E-P5. It is both touch and tilt making it easy to use in all sorts of situations. Scrolling didn’t work very well on the model I tried, but this may have been because it was a pre-production model.

Focus peaking on the GX7 is truly excellent from what I saw. It comes in red, blue or yellow and clearly indicates which areas of the image are in focus. It is here the E-P5 struggles in comparison, having only white or black peaking options that aren’t always perfectly accurate.

Outside on the streets, I briefly had a look at focus tracking. Using cars as my subject, I was impressed at how it locked onto an object and followed it quite smoothly. This feature will have to be tested more deeply with subjects moving at a faster pace, however.

An aspect I was most looking forward to testing was the high ISO, but unfortunately, being a pre-production model, it did not have the option for extended ISO. As such, I had to satisfy myself with a few shots of my dad between 400 and 3200 ISO, the highest it would go.

All in all, my impression of the Panasonic Lumix GX7 is very high. I’m sure the silent shutter mode will be a point of envy for Panasonic’s competitors, and the peaking function is far superior to any other I’ve tried so far on a mirrorless camera. Its retro build will certainly appeal to the masses, as will its ergonomic body. The internal stabilization is decent and the video function looks excellent, but I’ll have to test both more when I have a model of my own to use. The only aspect that doesn’t convince me is the small and rather sheepish viewfinder, which is a shame as it is the main factor photographers will take into consideration when choosing between the E-P5 and the GX7.