You are here: Home / Galleries / ‘Race the Train’ in Tywyn: A Panasonic GH3 Gallery 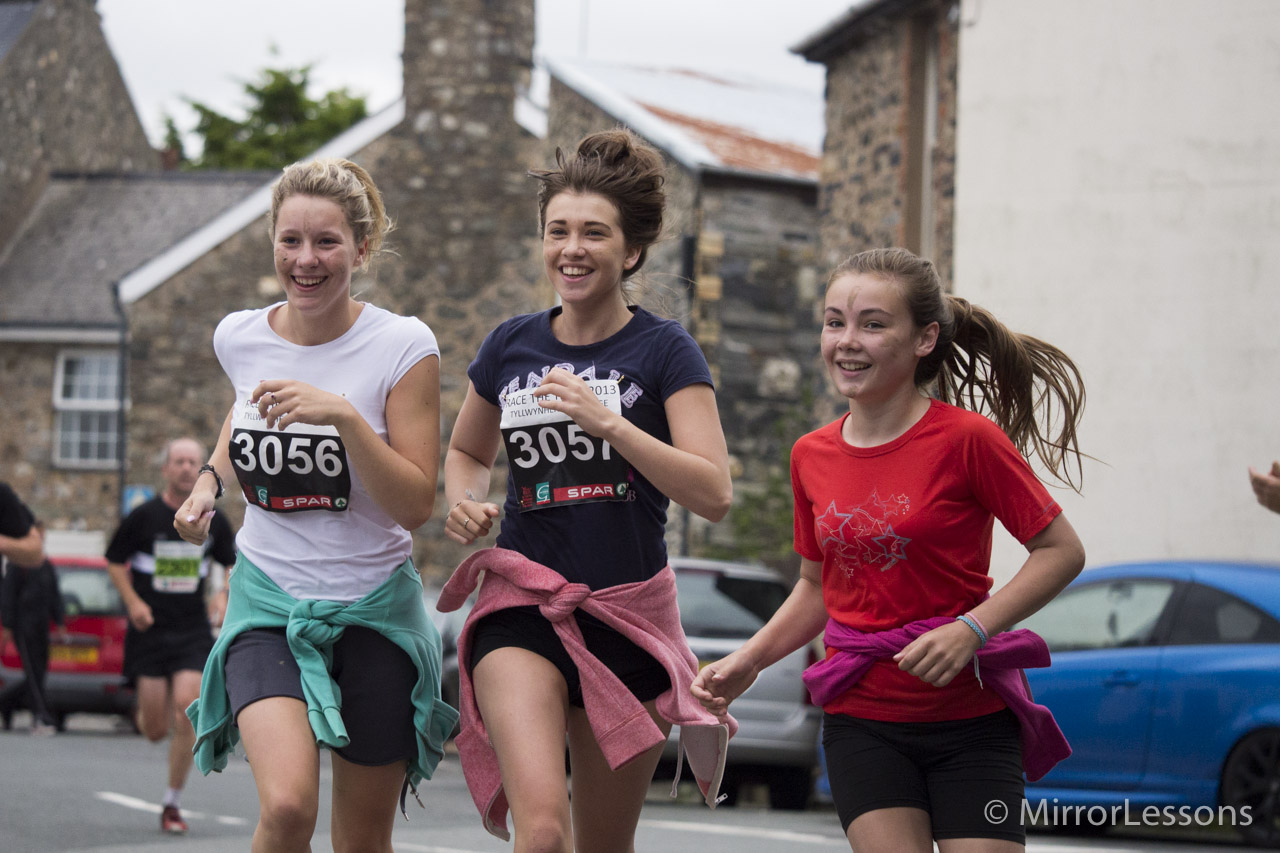 Every year in the small Welsh seaside town of Tywyn, an event occurs that attracts hundreds of people from all over the country and the continent. The event is called Race the Train where runners of all levels try to beat the miniature Tallylyn train back to the Tywyn train station. Though there are various routes, the most arduous is the 16 mile sprint through hilly fields, mud and…ahem…sheep and cow feces. It is great fun to stand along the sidelines, cheering on the runners with their muddy shoes and exhausted yet smiling faces.

Not having used the Panasonic Lumix GH3 for quite some time, I decided it was high time to take it out for a spin with the Lumix 35-100mm attached. I activated the both the Continous AF and tracking to capture the runners as they sped towards me. I also brought along the RainSleeve by Op/Tech USA to protect the camera from the intense drizzle that had come in from the sea.

Overall, I was impressed with the GH3’s ability to track subjects, though occasionally when the subject exited the screen, the focus point would bounce around the screen like a ping pong ball until it found a new subject. However, this is perfectly normal as the focus point doesn’t know what to cling onto once the subject is gone. To stop it from doing this, just press the F3 function button. It will lock the focus point back to the middle of the screen and let you start over again.

For continuous shots, the GH3 was very fast. It can shoot a maximum of 18 consecutive shots in RAW-JPG and the time lag between each shot is minimal. This made it really easy to capture the perfect expression of each runner as he or she scooted by.

If you are interested in seeing more photos from the race, just click on the gallery below! Who knows–maybe next year Mathieu and I will be fit enough to enter ourselves! 😀