You are here: Home / Mirrorless News / The New OM-D E-M1: Olympus’ Biggest Announcement of the Year 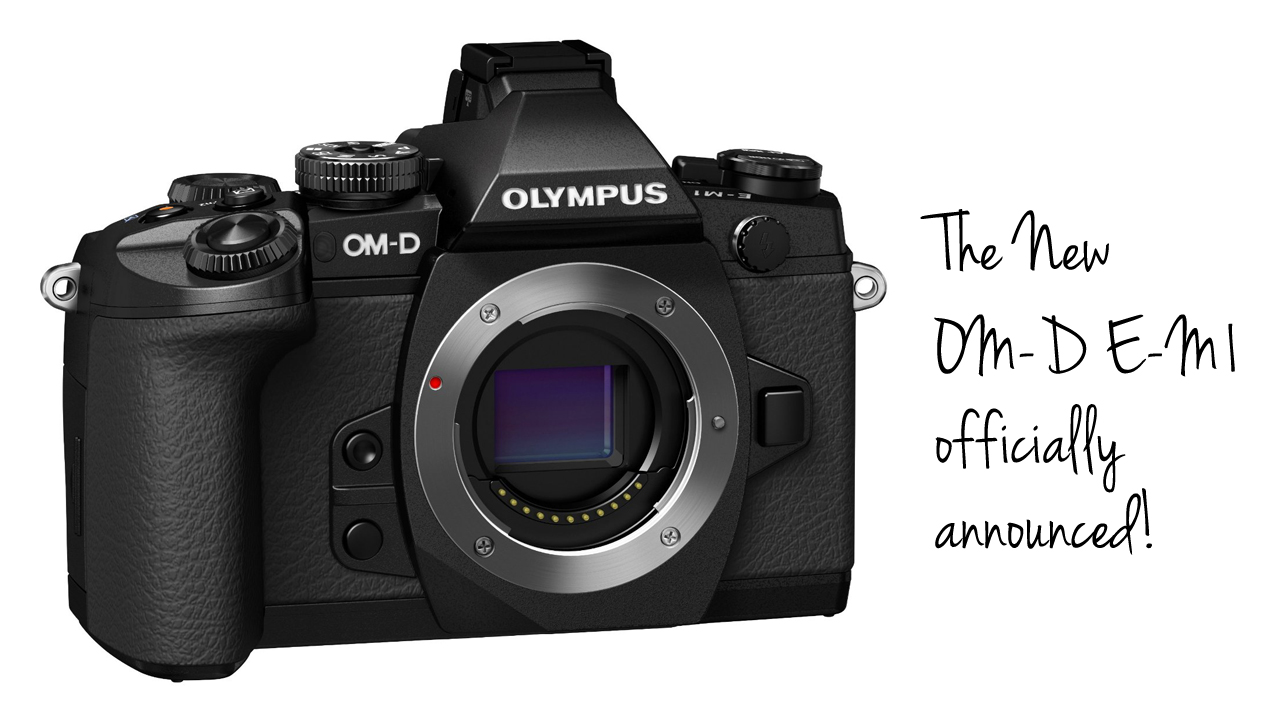 The secret was originally leaked when a hidden link to an unreleased Engadget video file was discovered, but now it’s become official: the new Olympus OM-D E-M1 is real and ready to hit stores in early October. Not only, but a new M.Zuiko PRO 12-40mm f/2.8 zoom will accompany its release, and a 40-150mm f/2.8 will follow in 2014.

Looking at the official specs, the new OM-D will be a beautiful mix between the previous OM-D E-M5 and the new Pen E-P5, seasoned with a few new features of its own.

Plus some new features…

With the addition of the protruding hand grip, it will be slightly bigger and heavier than the E-M5 at 130.4 x 93.5 x 63.1mm and 497g (including the battery). However, I do not expect complaints as most professionals use the E-M5 with an additional grip anyway.

The E-M1 is the new flagship model not only in the MFT category but also the Four Third system, the DSLR system by Olympus. While there isn’t any official word about it yet, some of the new features of the E-M1 suggest that the company will concentrate its efforts on the MFT system from now on. Does this mean that they won’t develop new FT camera and lenses anymore? Perhaps, but Ming Thein seems to think that an E-7 may still be a possibility.

**Update: 4/3 rumors has now confirmed that the MFT and FT lines will merge, and there will be no more FT cameras or lenses.

To mount FT lenses on the new E-M1, you will need an adapter as you would with any other MFT cameras but thanks to the new dual autofocus system, you will have good AF performance with FT lenses too, something that wasn’t possible with the E-M5. I like the idea of using FT lenses, as there are some incredible pieces of glass like the 16-35mm f/2 and 35-100mm f/2 professional zoom lenses, but most of them are bigger and heavier that MFT lenses and therefore will reduce the compactness of the system. I guess that this move by Olympus is a way of bringing hardcore FT users and those who already own FT glass over to MFT.

The M.Zuiko 12-40mm f/2.8 constant aperture zoom lens has a number of impressive specs of its own. It includes a linear motor, MSC mechanism, AF inner focus, manual focus clutch mechanism, 20cm minimum focusing distance throughout the entire zoom range, 62mm filter thread and a lens Function button. It has the “Pro” label on it and is the first in a series of professional MFT lenses designed by Olympus.

In 2014, a 40-150mm f/2.8 with similar characteristics will be released. These lenses come after the first professional f/2.8 constant zoom released by Panasonic but have extended focal length. I wonder if Olympus has other surprises up its sleeve with regards to lenses in the future. It already has a good set of primes, so could it release a new extreme wide-angle lens with a constant aperture or an extreme telephoto zoom lens? I think we will have to wait a little bit before we see any rumours about other upcoming lenses.

Will it be worth upgrading to the E-M1 from the E-M5?

The new OM-D E-M1 is clearly a camera designed for professional and Four Thirds users. The improved ergonomics, the new button/dial layout and features make the E-M1 the most advanced alternative to DSLRs the MFT and mirrorless market has ever seen.

Whether it is worth upgrading or not, I will only be able to tell you when I test the camera. But for now, I believe that an upgrade only makes sense for professional photographers who can benefit from the new features such as improved AF-C performance for example.

If you don’t use the E-M5 professionally, an upgrade may not be the best idea for the time being. Both the E-M5 (and E-P5) are excellent cameras in their own right, and probably have a shelf life of at least another two years before the technology becomes outdated.

We will probably be able to test the E-M1 within the next couple of weeks, so stay tuned!

Are you interested in buying the OM-D E-M1? Do you think it will be a success?