You are here: Home / Mirrorless Photographers / “I’m Making the Switch!” – 9 Great Articles About Dropping the DSLR for Mirrorless 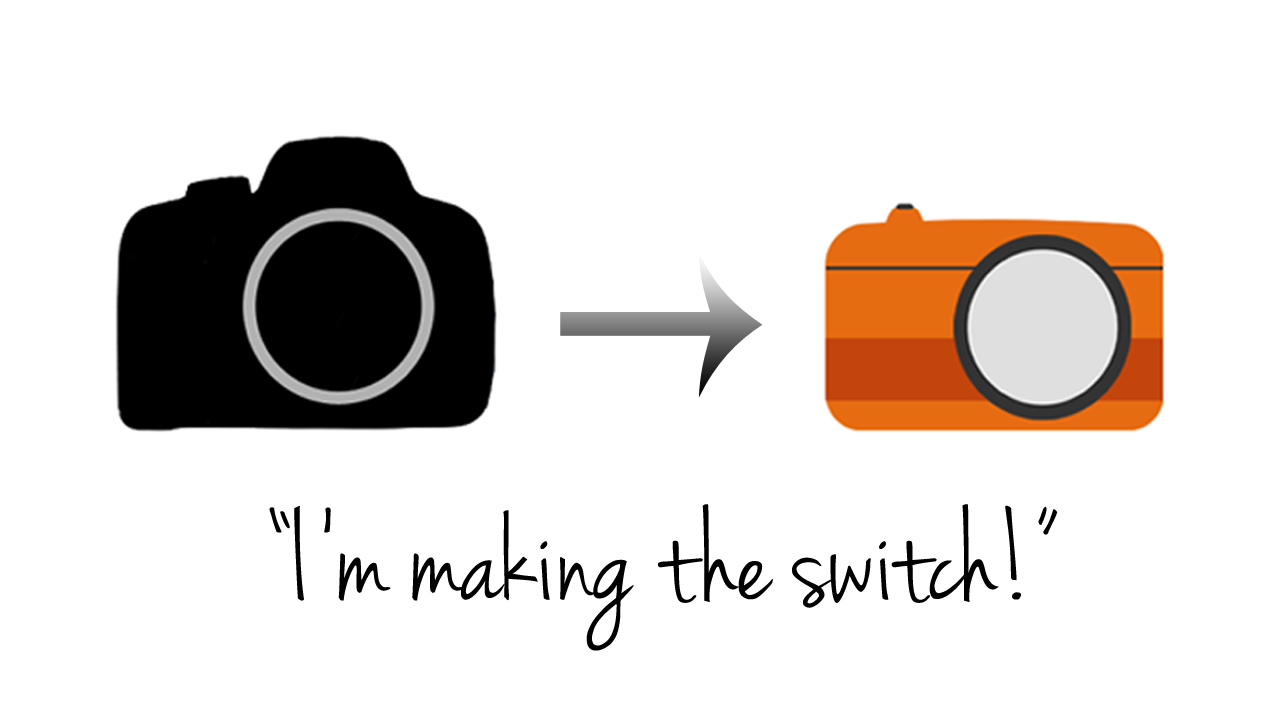 Perhaps you’ve read the odd article about how mirrorless cameras are rapidly catching up with DSLRs in terms of image quality and performance. You may also have read a handful of posts that go as far as to claim that the demise of the DSLR is on the near horizon. While it is easy to make claims and predictions, they only become credible once proof of the so-called “shift from DSLR to mirrorless” is seen in the actions of actual professional photographers.

Of course there is no way to calculate the exact number of photographers who have dropped the DSLR for mirrorless, but the growing collection of articles written by professional photographers of all genres proudly describing the switch is evidence of a definite change in mindset. Below you will find some of the most interesting articles I’ve come across which discuss the “switch” and the motivation behind each photographer’s choice to do so. The articles were mostly written by professionals but I’ve thrown a couple of advanced amateurs into the mix as they raise some excellent points in their writing. When you’ve finished looking through this selection, you may also be interested in our ever-expanding Mirrorless on the Job series which describes how mirrorless cameras can be used for professional work!

Are you a professional who has “gone mirrorless”? If so, share your story in the comments section!

Canadian X Photographer Riley Joseph used to be a Canon man but has now switched over to the X-Pro1 and X100s combo for his personal and professional work. Though he still loves the 5D Mark II and III, he hasn’t looked back since the switch. Read more…

2. Professional reportage with Olympus OM-D: My transition from reflex to MFT cameras

Stefano was a self-admitted Canon fanboy but he decided to switch to the OM-D E-M5 when he realised that he had only touched his Canon reflexes a couple of times throughout the year. The OM-D gave him everything he wanted – light, fast, small, vintage-looking and great image quality. Read more…

When Erick realised that his Canon DSLRs were getting too heavy for the kind of travel photography he did, he figured it was about time for a new system. He settled on the OM-D E-M5 for its resemblance to film cameras, the wide variety of lenses available for the system, and of course, the weight and size. Read more…

4. Hello Sony. Goodbye Nikon. The story of why I am switching from Nikon to Sony

HDR photographer Trey Ratcliff famously switched from Nikon to the Sony NEX-7 back in July 2013. The switch caused a real stir-up, and I am sure that many professionals have subsequently switched to the NEX system because of Trey. While many photographers choose to carry around more gear, Trey is just as happy to carry around “less metal and glass and silicon” as he puts it. Read more…

5. From Nikon to Fuji or DSLR to mirrorless

After forty-plus years with Nikon, Matt Hart has decided to break off the relationship to pursue the beautiful Fuji X series. He now uses an X-Pro1 and X100 for all his work as he finds the system lighter and smaller, two characteristics he’s desired from his gear for quite some time. Read more…

6. The Truth Behind the Migration

Though M. Shafik has fond memories of his Canon gear and praises the quality it delivers, he has been very happy with his move to the OM-D E-M5. He uses it to photograph his growing family. Read more…

7. Thoughts from a DSLR to Micro 4/3s convert

Back in 2009, when the mirrorless movement was just beginning, Swee Ching dared to do what many advanced amateurs and professionals would never have dreamed of. He sold off all his Nikon gear and went for the smaller and lighter Panasonic GF1 for his travel photography. Read more…

D. McGaughey’s switch from his Canon system wasn’t a direct one. He hopped onto the NEX-5 and 7 stepping stone before finally settling on the Fuji X-Pro1 in 2012. Like all Fuji users, he loves the quality of the Fuji lenses, the image quality, the manual controls and the optical viewfinder. Read more…

9. At work with the Fuji X-Pro

Being a self-proclaimed all or nothing kind of person, Ed Jones decided to sell off all his DSLR gear in favour of the Fuji X-Pro1. He knew that if he didn’t sell off the Canon, the Fuji would always remain a play-thing and nothing more. Having used it for quite some time on its own now, he has more confidence in the Fuji X system than ever before! Read more…

Since new articles about professionals and advanced amateurs dropping the DSLR for mirrorless are constantly showing up across the Web, I will add them here as I come across them. Do not hesitate to share any link you come across dealing with this topic in the comments section!

Ditching the DSLR for Mirrorless – by Cha of SLRLounge

My Tools – by Neil Buchan-Grant

Why I left Nikon for Fuji – Jiri Ruzek

Have you made the switch from DSLR to mirrorless? If so, tell us your story in the comments section below!