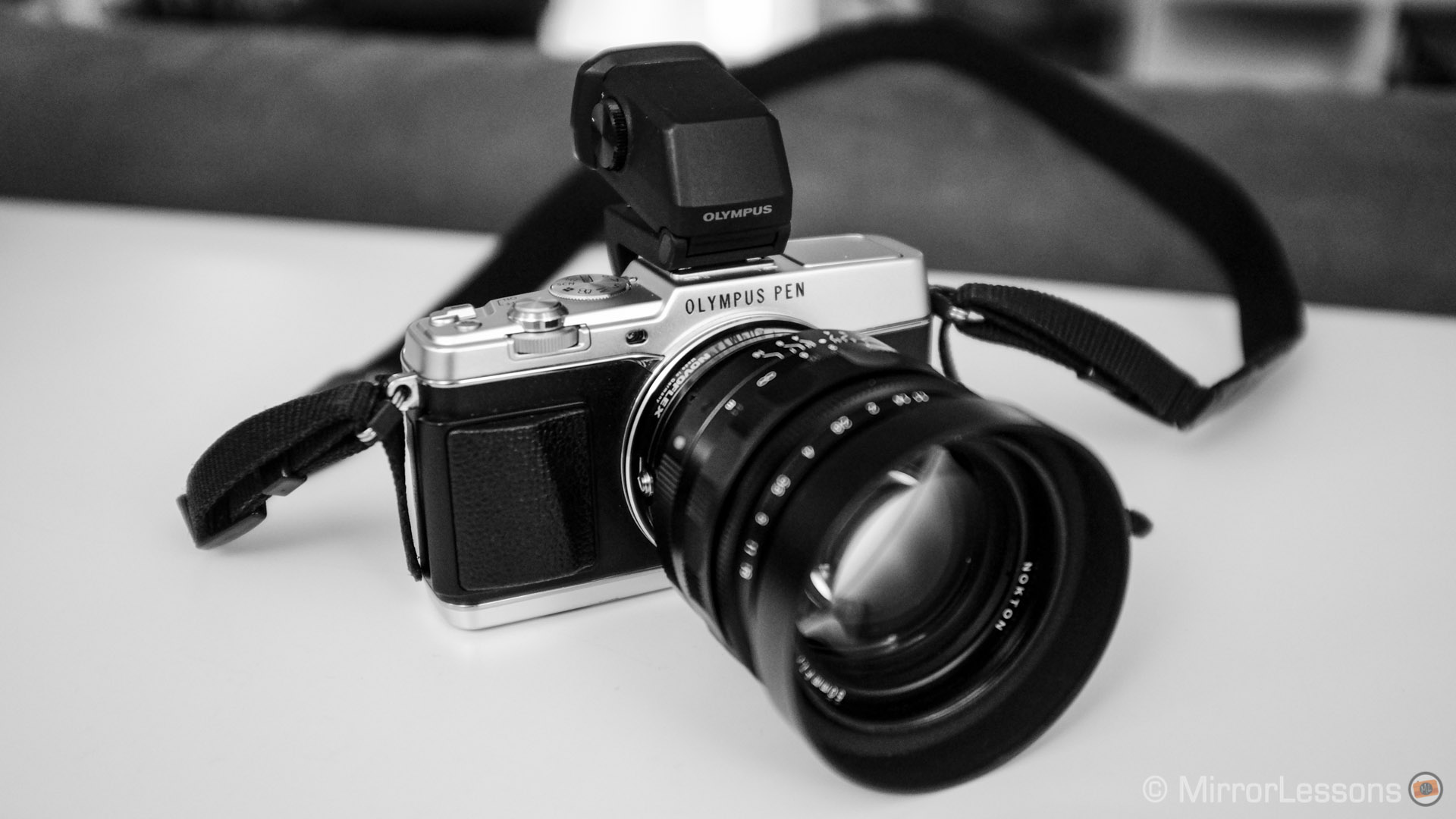 Since buying the Sony A7, Mat has been spending all his spare time trying out different manual lenses designed for the Leica system. The first two he tried were the Summilux 35mm and 50mm in Lyon. Then, as soon as we crossed back over the Italian border, he rented the Voigtlander Super Wide Heliar 15mm f/4.5 and the Nokton 50mm f/1.1, two lenses about which we’d heard nothing but great things. At the same time, we also picked up a Novoflex Leica to MFT adapter, which was lying sadly amongst the shelves upon shelves of Leica glass. It seemed wrong to deny it some shooting time on the Olympus Pen E-P5. 🙂

Now, at this point you may be thinking: what’s the point of trying full-frame glass on a Micro Four Thirds camera?

Well, I’ll be honest – logically speaking, there isn’t any good reason to use these lenses on an Olympus or Lumix camera as the system has plenty of excellent glass of its own. And let’s not forget that the focal length of a full-frame lens will double on a Micro Four Thirds sensor due to its diminutive size.

Just take the Voigtlander 15mm f/4.5 for example. On the Sony A7, it is an extreme wide-angle lens meant for landscape photography. On the Pen E-P5, however, it becomes something of a rather average ‘street lens’ at the equivalent of 30mm, thereby losing the one characteristic that makes it appealing.

The Nokton 50mm f/1.1, too, exchanges its role as a standard piece of glass for that of a 100mm telephoto lens on a Micro Four Thirds sensor – not exactly the purpose its designers had imagined for it, I’m sure!

This said, I still found the experience of using high-quality manual lenses on a modern digital camera illuminating. Despite the obvious limitations, my creative side soon began to run free, particularly with the long focal length and extraordinarily beautiful bokeh of the Nokton 50mm. Between the two, it was the lens I used for 90% of my shots.

As I mentioned before, I adore the bokeh produced by the Nokton. It has a smooth swirl to it, like pancake batter in the process of being mixed. Any point of light becomes a perfect circle, one characteristic of the ‘ideal bokeh’. Obviously, the blurriest bokeh can be achieved at f/1.1 but keeping your subject in focus presents a challenge because the depth of field is so narrow. Move one millimetre, and you could throw your subject out of focus. For this reason, it is best to use a tripod at this aperture, or simply use f/1.4 or f/2 instead. The results will be just as pleasant.

Since I was in manual mode, it was a good chance to put the Pen E-P5’s focus peaking through the paces. On the Pen, you have the choice between black and white peaking, and though both work well, I prefer white peaking as it stands out more.

Overall, I found the peaking more effective for shots where there was a lot of contrast, or where certain objects stood out. A couple of good examples include the rocking horse’s shiny metallic eye, and the bristly purple tree branch against the green background in the two photos below.

The peaking was less effective for scenes with less contrast or colour variety. It wasn’t rare for there to be little to no peaking displayed on the screen, which is what happened for the photo of Mathieu below. I had to rely on my own eye to find the correct focus point, and even then, I didn’t quite get it right.

In certain rare cases, the peaking displayed incorrect information. In the photo of the pink flowers below, the screen and EVF showed peaking (a thick white line) around the flower on the far left-hand side when I took the shot but the flower is not in focus in the resulting image. This happened very rarely, however, and it could very well be because I slightly shifted my position before pressing down the shutter button.

Something else I noticed about the Nokton was the presence of purple fringing at f/1.1. Though more obvious when taking a photo into direct sunlight, it was also present along the borders between light and dark objects. The crop below of the above-mentioned flowers is a good example.

I should also mention that the Nokton is a fairly large and heavy lens for a small system like the Pen E-P5. It makes me appreciate the M.Zuiko 12mm and 45mm so much more!

Though I wouldn’t dream of buying a manual full-frame lens for Micro Four Thirds, I found the Nokton 50mm f/1.1 fun to use for its unusual focal length and lovely bokeh. In the end, I was able to bring home some nice images, and that’s all I care about.

The Voigtlander 15mm f/4.5 is a fascinating lens when used on a full-frame camera. With its extreme wide angle, you can capture all sorts of interesting landscapes and cityscapes in their full splendour.

On the E-P5, on the other hand, you end up with a 30mm field of view due to the crop factor. In other words, what was once a wide angle becomes a near-standard lens on a Micro Four Thirds camera.

I didn’t have any issues using the lens in daylight – it focussed well, felt sturdy and was well-designed – but its maximum aperture of f/4.5 made it difficult to use in poorly-lit conditions. Out of all the images I took at the New Year’s Eve party we attended, only one ended up in focus.

Being a wide-angle lens by nature, distortion along the edges was also a common occurrence.

With the release of a 15mm f/1.7 from Leica-Panasonic on the horizon, it doesn’t make a lot of sense to use a lens like the Voigtlander 15mm on a Micro Four Thirds camera like the E-P5. Sure, it is possible to take good shots with the combo, but you’ll encounter more frustration than joy in using it.

As you can imagine, I would never ever recommend that you buy a full-frame lens for your Micro Four Thirds camera. After all, there is no shortage of great glass for the MFT system, and more is on the way. Of course if you have access to these lenses because you already own a full-frame system, it can be fun and challenging to pop on an adapter and see what you can create, but it ends there. 🙂

Stay tuned for Mathieu’s report on using these two lenses on the Sony A7…!