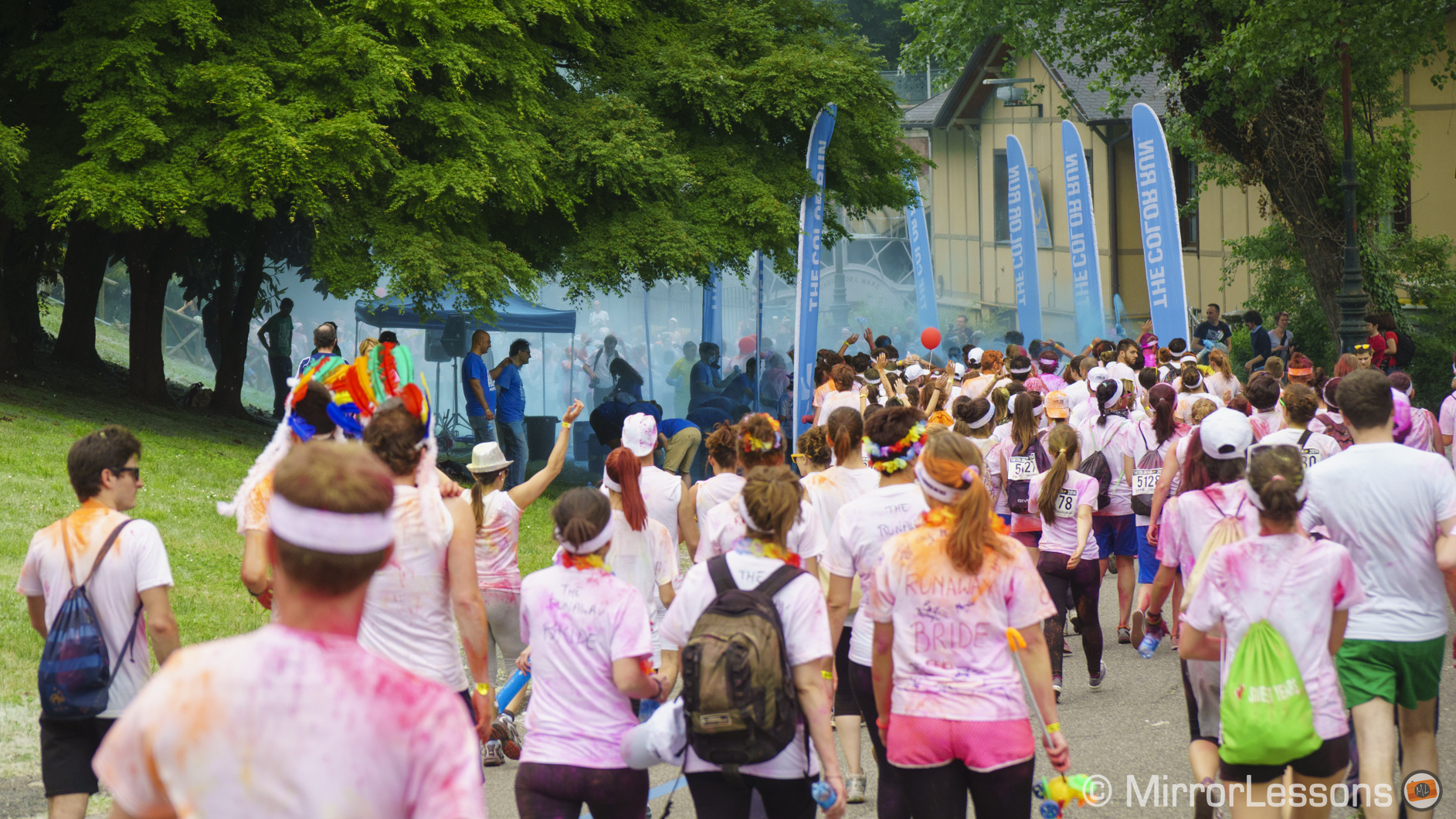 Another enjoyable Sony workshop organised by the Riflessi Camera Shop and Sony expert Davide Grimoldi allowed us to try the new Sony a6000 for a few hours. Usually, in situations like this, it isn’t easy to find an interesting theme to photograph but luck would have it that we had a walk in Valentino Park where the Turin Color Run was about to start. It was a great opportunity to try the most interesting new feature of this camera, its hybrid AF system with 179 phase detection points!

Faithful to the Nex line

The A6000 is the successor to the extremely popular Sony Nex 6. Sony simply changed the name of its mirrorless APS-C line, putting an “a” in front of the model number just like on every other Sony MILC and DSLT camera. 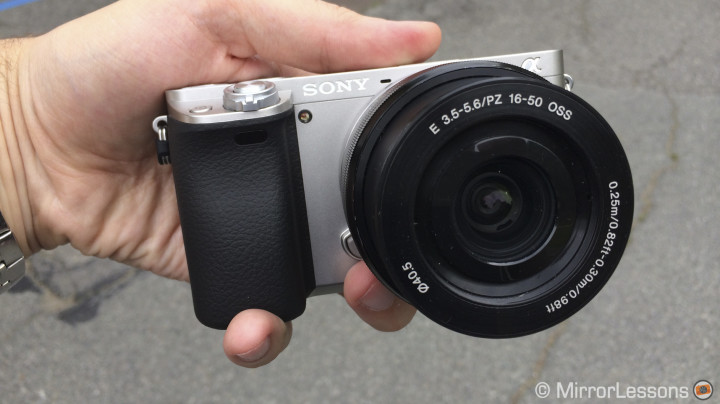 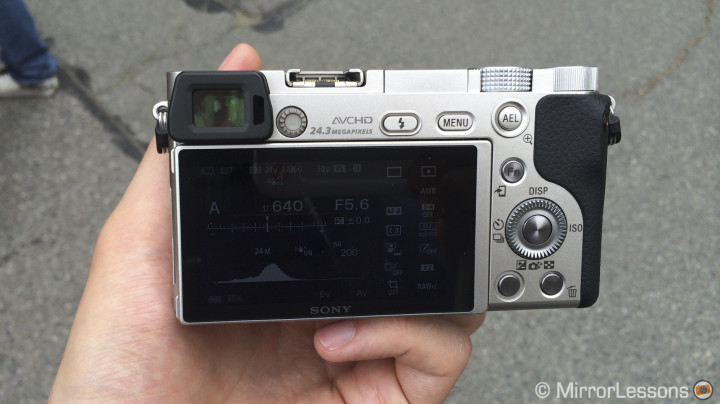 The A6000 design is very similar to its predecessor. The main difference lies in the grip, which is larger. The a6000 is as such more comfortable and solid to hold and use. Also, the function dial is now separate from the mode dial, with one sitting beside the other. The button layout, on the other hand, is almost the same. There is also a downgrade in terms of EVF quality (1.44M dots instead of 2.36M dots on the Nex 6), as it has less resolution and is slightly smaller. During my time with the camera, I found it to be enough in daylight but it certainly lags behind the best EVFs on the market today. 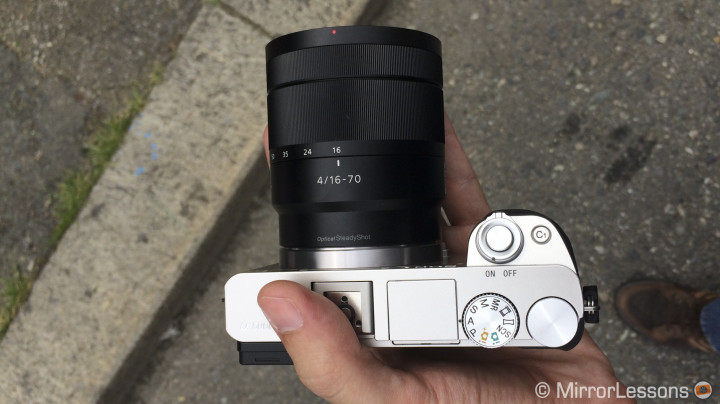 The true update to the a6000 is on the inside. We find a boost in sensor resolution (24mp instead of 16mp) and an updated BionZ X processor.

Is it the fastest autofocus on the market?

Since a few hours in the afternoon isn’t enough to cover everything, the autofocus is the only aspect I really tested. As I mentioned at the beginning, the autofocus is the most important upgrade given that Sony added 179 phase detection AF points (plus 25 contrast detection points). That massive number of phase detection points means that they cover almost the entire sensor area (92%) and should make the a6000 a great camera for tracking.

I used the kit lens, the 16-50mm f/3.5-5.6 motorised zoom and the Sony/Zeiss 16-70mm f/4. I didn’t find a substantial difference between the two lenses regarding autofocus performance. However, the 16-70mm didn’t impressed me in terms of stabilisation. I found some photos to be slightly shaky with shutter speeds that I am usually comfortable with on other cameras.

In AF-S mode, the a6000 is very fast to lock on. I can easily say that it is right on top with the best cameras such as the OM-D E-M1 and probably the GH4 as well (although I need more testing with the latter to confirm this). I never found that the AF hesitated or struggled. I could easily and quickly lock on to people or other elements and the camera always responded positively.

In AF-C and tracking, the performance is also good but in total honesty, I would have expected something a little better. Without using tracking, the camera lost its focus more than once. The first time was my fault as I didn’t check what the priority setting was (focus or burst). Once I corrected it, I did notice a small increase in AF accuracy but it was still a case of hit and miss.

I then decided to use the tracking mode, which should have given me the best results overall given the scenario I was shooting in. Indeed, it did give me the best results in the end, but even so, it occasionally missed the focus, especially when some runners were coming directly towards me.

Something that I really don’t like about Sony cameras is how the tracking feature is placed inside the menu, and the fact that I need to reactivate it every time it loses track of the subject or when I stop shooting. I admit that I am less familiar with Sony menus compared to other brands and I know I can probably assign this specific function to one of the custom buttons but it still remains an extra step to perform in situations where the photographer would need to concentrate on the action alone.

The advantage of having phase detection points on the whole sensor is that the camera is able to track more even if the subject is not in the centre of your frame. The a600 did very well at this, which is a positive. Also, when the AF lost the focus point a couple of times in tracking mode, it was very fast to recover and be in focus again.

I would certainly be interested in testing the Sony a6000 more, and in various situations. I would be very curious to see how it performs in low-light for example.

Overall I find the autofocus very good but those 179 points seem to be more like a good upgrade but nothing revolutionary. Sony claims that this is the fastest AF in the world. I would say that it is right up there with the best of the best in the mirrorless segment, but I didn’t find it better than the E-M1 for example, and that goes for tracking mode as well.

Surely in most situations the a6000 will perform just fine. Coupled with its AF capabilities, the Bionz X processor allows for a continuous shooting speed of 11fps and I can confirm that this is very fast. Once you’ve set the AF settings correctly, you will be sure to bring some good pictures home!