You are here: Home / Mirrorless News / Third time’s the charm: The Sony RX100M3 could be the One! 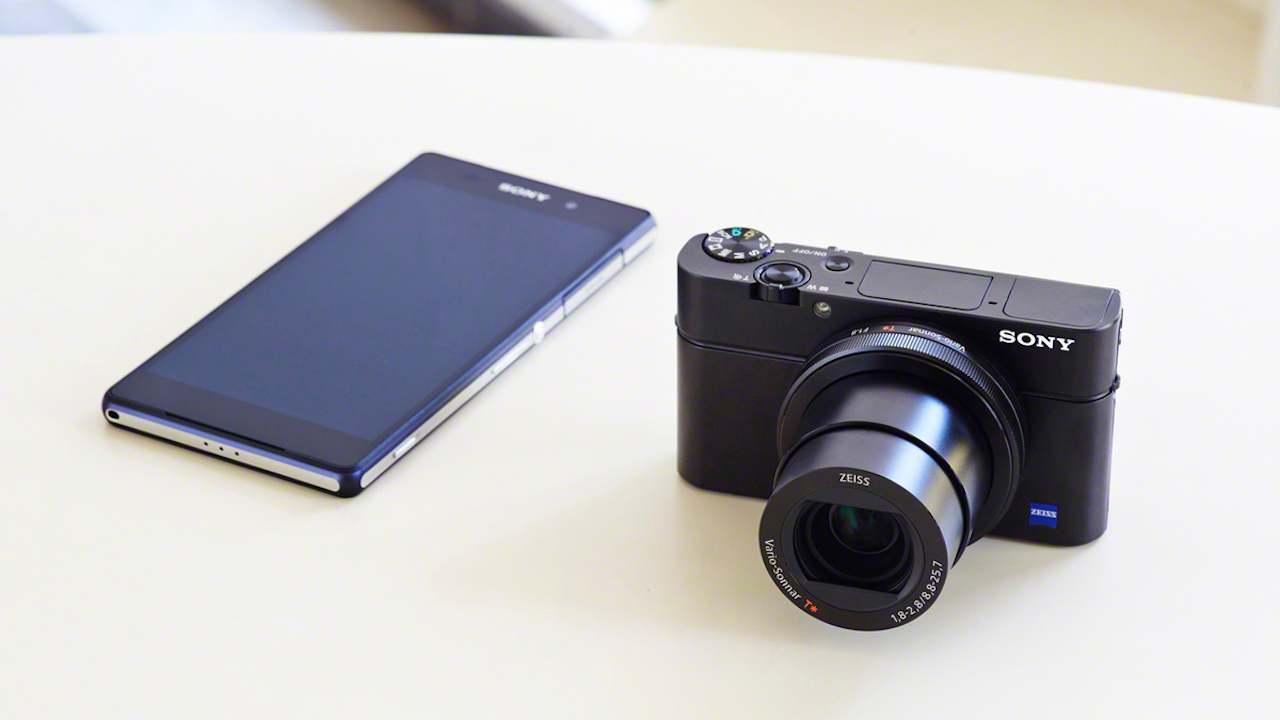 When I reviewed the premium compact Sony RX100 mark II last summer in Wales, I immediately fell in love as it allowed me to carry around great image quality capabilities in my jean pocket. The only thing I felt was missing at the time was a viewfinder. And spending that extra money to buy the Sony external EVF simply wasn’t in the cards because I would have been sacrificing its great “pocketability”.

Now, one year later, Sony has announced a new version of the camera with a very smart feature: a built-in pop up OLED Tru-Finder.

Oh, come on Sony, why didn’t you think of this before!

Ergonomically speaking, the RX100 mkIII is identical to its twin sisters. The only difference between it and the mark II is the lack of a hotshoe. However, we don’t really need it anymore since there isn’t the need for an external EVF, and most people wouldn’t mount a flash unit on a body like this anyway. The button layout on the back is identical but the bottom right button seems to have new customised functionalities. 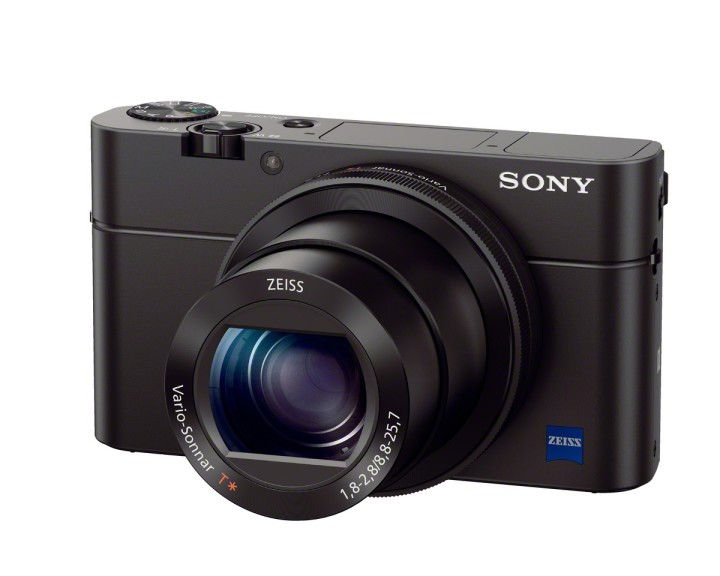 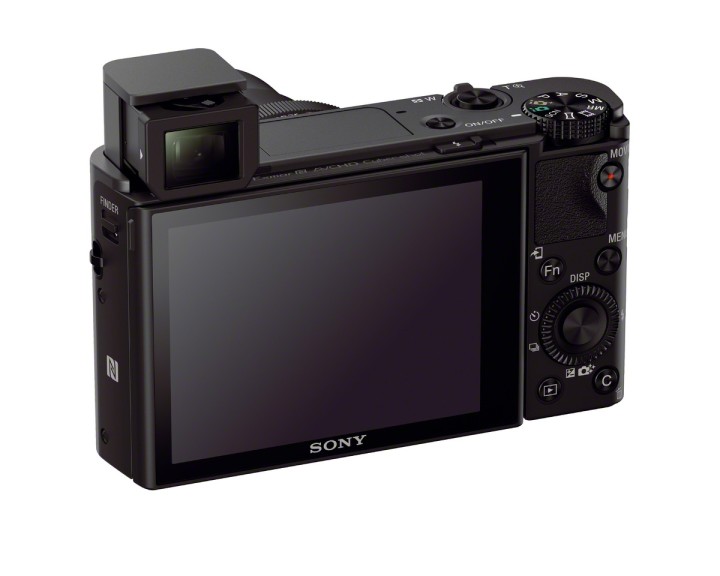 There is a new button on the side that allows you to pop out the EVF. There is also a pop-up flash for those of you who thought that this camera might be lacking something important!

The EVF can be pulled out slightly on the horizontal axis, making it more comfortable to use in certain situations. It has 0.59x magnification and 1,440k dots of resolution. Even more interesting is the Zeiss T Coating applied to its optical surface that should reduce reflection and improve corner to corner clarity. An eye sensor is also present, meaning that you only have to retract the EVF when returning the camera to your pocket.

The LCD screen is exactly the same as the RX100 mkII but can now be tilted up to 180° (for those who love selfies). 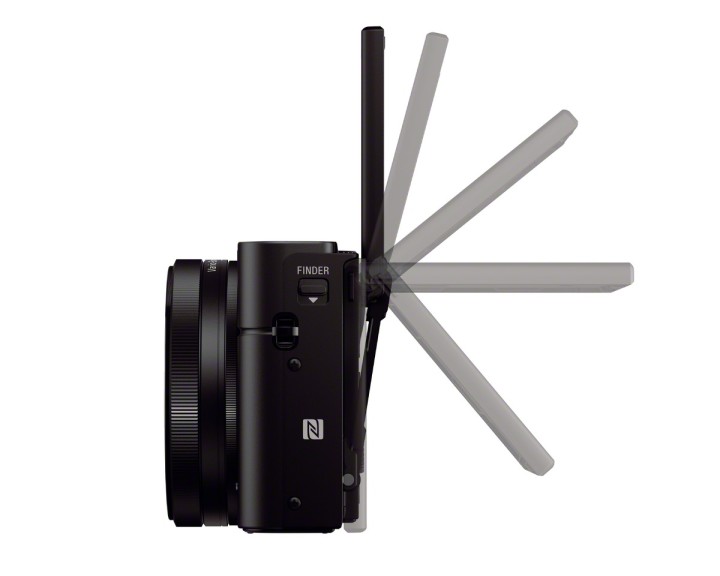 Regarding image quality, the mark III version incorporates two important updates. First, there is a new lens with an equivalent focal length of 24-70mm. In short, you gain wide-angle capabilities but lose some telephoto length (the previous RX100 cameras had a 28-100mm equivalent focal length). But most importantly, the aperture is now f/1.8-2.8, meaning that you gain one stop for telephoto shots. Another nice surprise is that the lens incorporates an ND filter (3 stops) that will compensate for the 1/2000s shutter speed limit: a very nice characteristic that makes this camera even more attractive.

The sensor is the same 20.2 megapixel 1 inch Exmor™ R CMOS sensor found in the mark II but with a new image processor, the same BionZ X found in the A7, A7r and A7s. Does this mean better low light performance? Well, it has to be tested as the ISO range is the same, which I already found great last year (see our comparison with the Fuji X100s!).

The new processor has allowed for new video features on the RX100 mkIII as well. They were already excellent on the mark II (see the video below) but in the case of the mark III, we get a new generation video codec (XAVC S like the A7s) with a better bit rate (up to 50mbps). There isn’t 4k video output like on its big sister but it does have a clean HDMI output with 4k output for stills. But honestly, these specs are already super cool for a camera that small. Something else it shares with the A7s is the ability to shoot 120fps in HD ready (720p, 100fps in PAL mode). This means nice and sharp slow motion capabilities at a good resolution for web content.

The last interesting addition is a new stabilisation process for video that includes 5-axis compensation. Now, from my understanding, this isn’t hardware stabilisation like the one found on Olympus cameras where the sensor literally floats inside the camera. The RX100 mark III has an Intelligent Active Mode that uses Sony’s frame analysis technology and reduces camera shake by compensating on 5 axes. It is an electronic stabilisation, not optical or on sensor, and works for video only. For stills, there is the default steadyshot technology.

The perfect companion for daily shooting 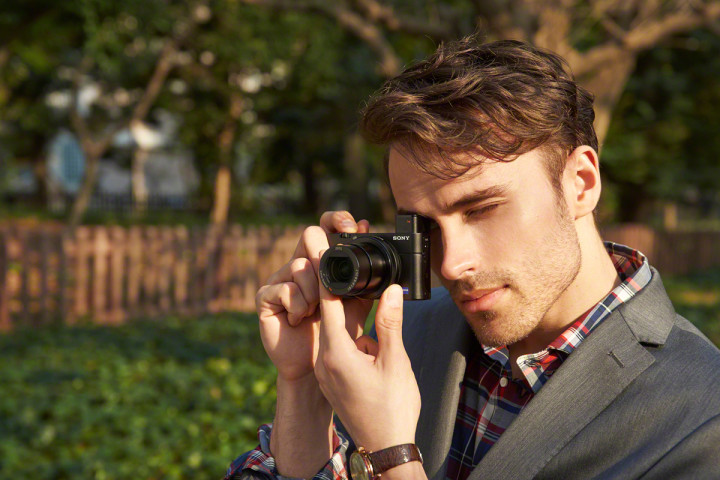 When you step outside of your house in the morning, there are the usual things you always take with you such as keys, a smartphone and your wallet. Now, if you love photography, the new RX100 mkIII could be the next thing you can’t leave the house without. Certainly the price is not cheap but it is no more expensive than what the RX100 mkII was last year. And now you get the extra advantage of a built-in viewfinder and faster lens.

I am very tempted not only to review one for MirrorLessons but to keep it. That is, unless Fujifilm surprises us sometime in the next few months with a X20/XQ1 successor… I know, I am a big enthusiast with some serious G.A.S.!

In the meantime, Sony needs to take a rest and stop releasing new and interesting products what seems to be every week. I mean, what kind of bombshell will they drop at Photokina? Should we start to worry? 😉

Below, you can find a gallery of pictures taken with the RX100 mark II. You can check out the first official mark III samples on the Sony website.