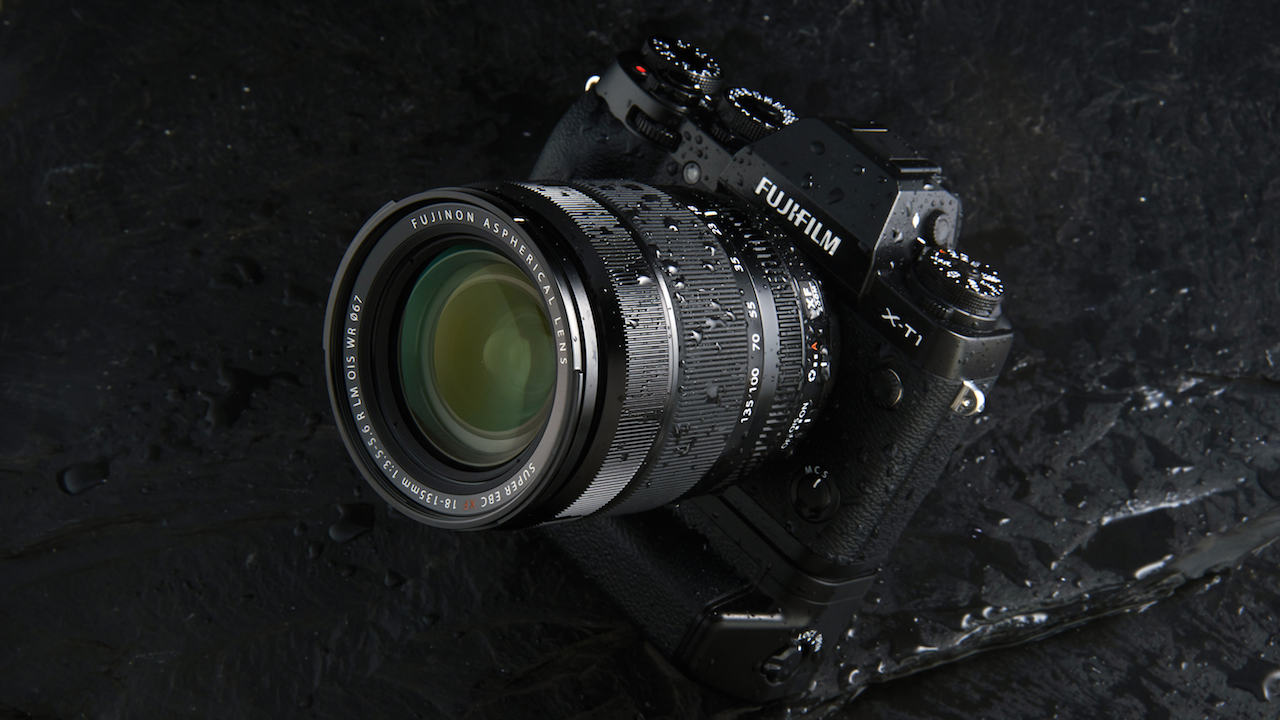 Today Fujifilm announced its first weather-sealed zoom lens and X Photographer Max De Martino got a sample right before he started his new photography project. Max generously shared his impressions with us and allowed us to publish the English version of his post as well as some pictures. The same thing happened three months ago when Max shot the first wedding with the Fuji X-T1.

The XF 18-135mm f/3.5-5.6 is water and dust resistant thanks to more than 20 sealed areas, making it the perfect lens for the weather-sealed X-T1. Even more interesting is a new version of their O.I.S. (Optical Internal Stabilisation) that claims to gain 5 stops of equivalent exposure thanks to two high precision gyro sensors. These sensors are installed with quartz oscillators which detect movement from high frequency to low frequency bandwidths. These are very interesting specs that we will likely see in the upcoming f/2.8 constant aperture zooms. According to Max, the new optical stabilisation works better than the other O.I.S. lenses such as the 55-200mm f/4.8-5.6. The lens seems to be technically advanced also thanks to its built-in air ventilation system that is placed on the inside of the base of the lens barrel. Its role is to prevent dust particles and moisture from getting into the lens.

Be sure to head over to Max’s personal blog to see more images taken with the 18-135mm. The post will be updated with more images throughout today and tomorrow so make sure to visit often.

You can also follow him on Twitter and Facebook. At the end of the article there are three extra images coming from the official press kit that are available at full resolution.

A couple of months ago, Fujifilm Italia informed me that they wanted to let me try a new lens, specifically the 18-135mm f/3.5-5.6 (a 27-200mm equivalent on full frame), seeing that my photos from Chernobyl had made an impression on the Japanese staff of Fujifilm.

Naturally, I accepted without hesitation, despite feeling a twinge of doubt about the image quality of any lens with a  zoom that long: in the past, I had used a similar lens on a Nikon D7000 and I wasn’t overly impressed. Yes, it was a lens that covered all the bases but it usually wasn’t very sharp.

This time however I discovered yet another lens that lives up to the quality of the Fuji lens line-up: it is as sharp as a knife.

Starting from the build, I have to say that the feel of the 18-135mm, like the rest of the XF series that came before it, is very good. The lens has been completely constructed out of metal if we exclude the lens hood and obviously the glass. This gives a sensation of true sturdiness.

I decided to use the 18-135mm to tell a story that I will continue to explore for the next few months: the life of the largest monastic community in Italy, L’Abbazia di Praglia (The Praglia Abbey). I will subsequently post many pictures of this project on my blog.

For the occasion, Fujifilm decided to create backstage video (coming soon) to show you just how the 18-135mm behaves out in the field.

Coming back to the lens itself, it has to be said that it is the ideal companion for the X-T1. It is the first weather resistant lens, like the X-T1 itself and the VG X-T1 battery grip. This means having a set-up that allows you to cover the most commonly-used focal lengths for travel, from wide to telephoto, with only 930 grams of weight to carry around and zero worries about the weather. It isn’t an underwater camera of course but it wouldn’t have any trouble withstanding a good soaking. And this, for the most anxious of us, is a feature not to be underestimated!

This functionality proved very useful when I wanted to set my ISO to Auto with a limit of 6400, and concentrate on the monks while they were praying in the church in lighting conditions that were challenging to say the least. Moreover, the temperature had soared over 35 degrees, a factor that pushed me to work with only one camera and one lens. It was worth it for the reduced weight and fatigue!

After the abbey, I then used the 18-135mm as my main lens at two weddings. Despite the fact that the fastest aperture cannot match a fixed lens, the bokeh was still very soft and the subject never lost its sharpness as it might have with the 18-55mm kit lens that comes with the X-T1 and X-E2.

Very soon you’ll have the chance to see more photos taken in Abbazia and at the two weddings (OOC JPGs directly from the X-T1). In the meantime, I will leave you with an unboxing video of “my” 18-135mm numbered “Prototype 14.”

Go to Max De Martino’s first impression article (in Italian) to see more images taken with the 18-135mm inside the abbey.

Below are some extra images from the official Fuji press release kit taken by X Photographer Issaque Foujita. Click on the images to see them at their full size.

Enjoyed this article? Then be sure to check out the following: